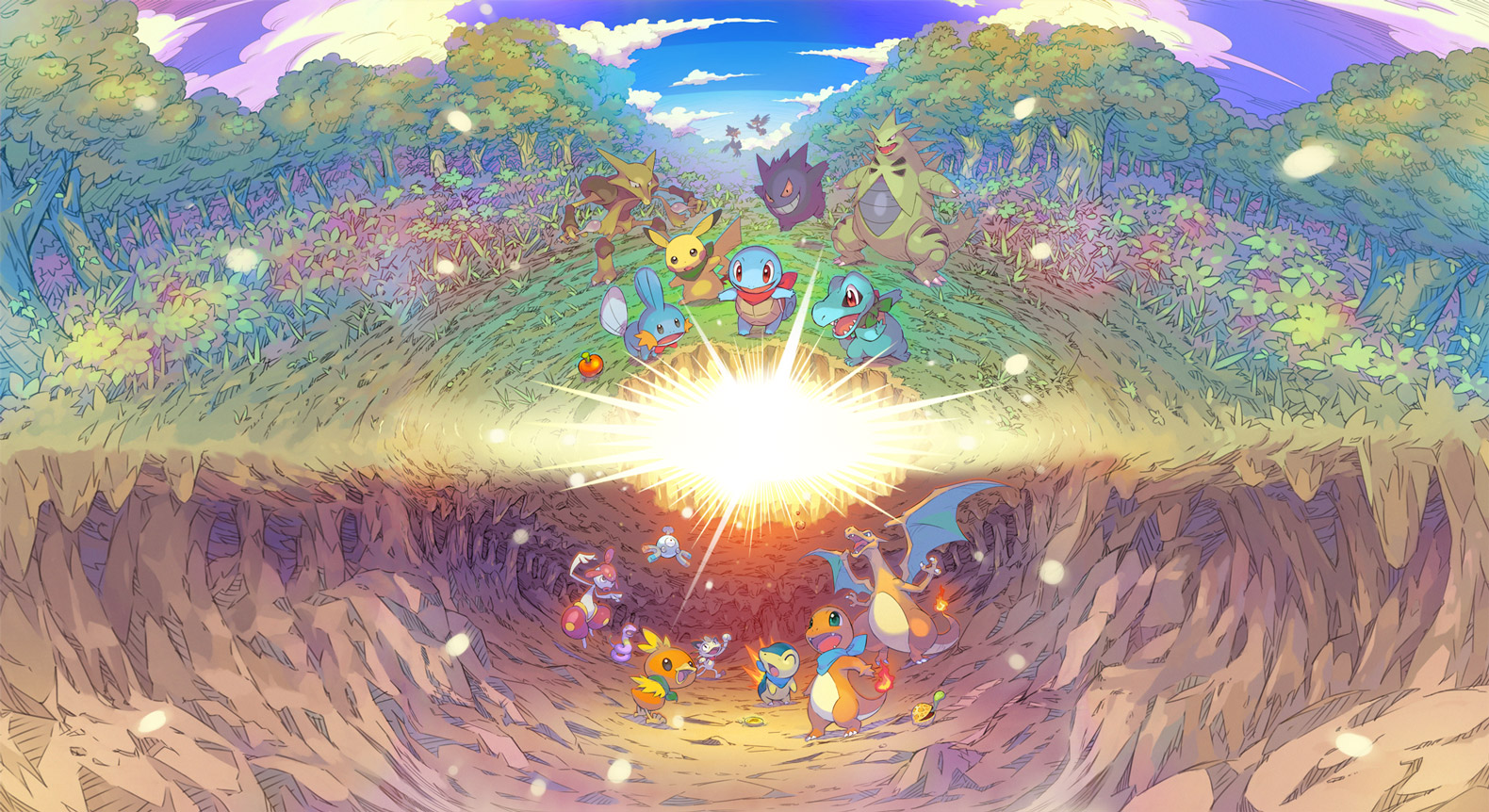 Amnesia? In a JRPG?!

While the Mystery Dungeon franchise has been around since 1993, I imagine a lot of players only got their first taste of it more than a decade later when developer Chunsoft teamed up with The Pokémon Company to make Pokémon Mystery Dungeon: Red Rescue Team and Blue Rescue Team for the Game Boy Advance and Nintendo DS respectively.

Unlike most Pokémon spin-offs, this one has survived through amazing highs — Explorers of Sky and Super Mystery Dungeon — and some unfortunate lows — Gates to Infinity. Rescue Team DX brings it all back to those first two games with a fantastic new art direction and improvements to the classic formula that modernize the experience, if only just a bit. 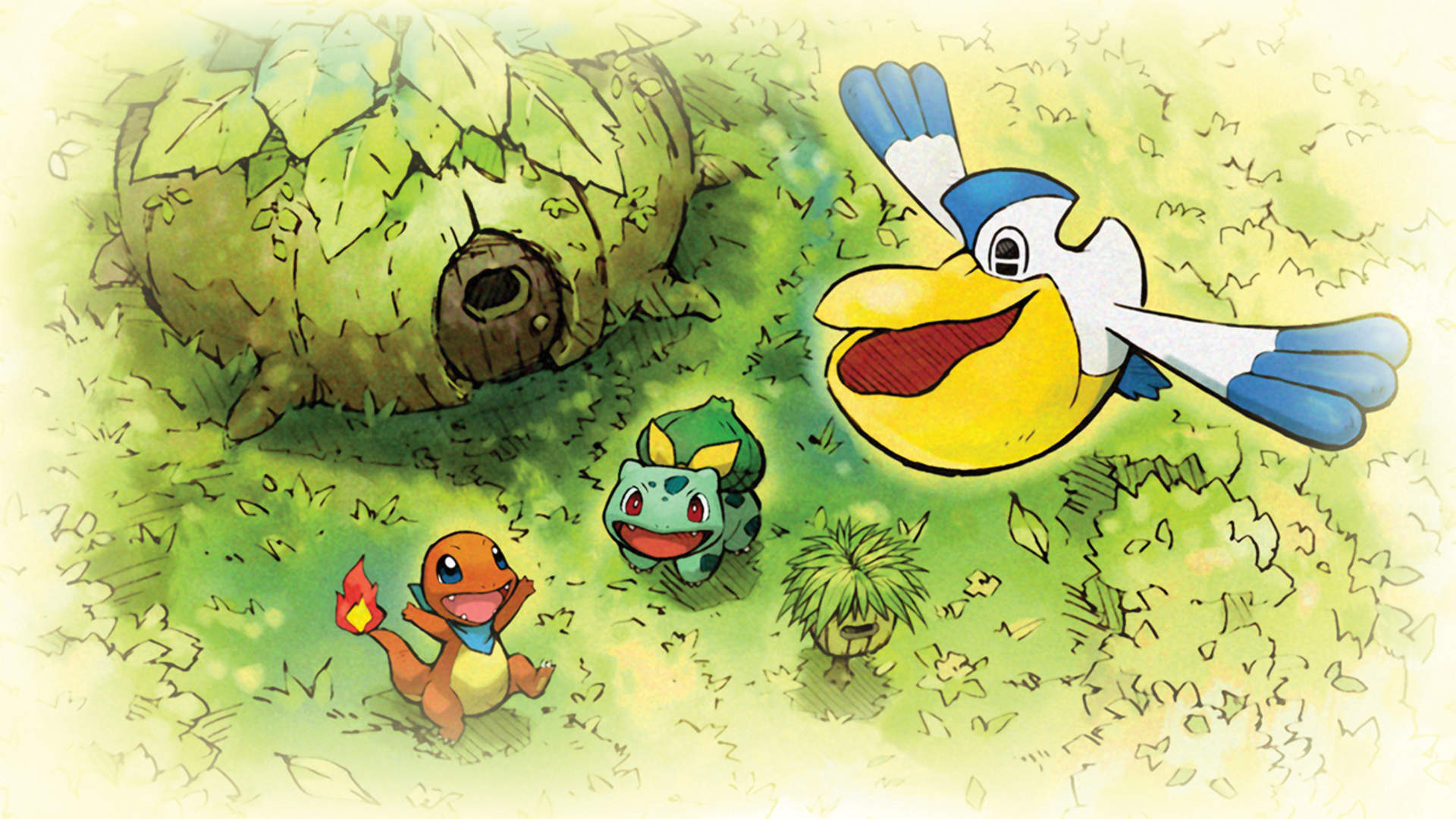 The entirety of Pokémon Mystery Dungeon: Rescue Team DX carries a waft a familiarity that’s bound to strike the senses of anyone remotely acquainted with the spin-off franchise. There’s an opening questionnaire that determines which Pokémon you are — though you can change if you really don’t like the choice — and partner to pick before you arrive in a world of walking, talking Pokémon that’s suffering from a series of natural disasters. While that’s the overarching plot that ultimately ties everything together, the core focus of the Rescue Team lies in those titular rescue teams.

I started my playthrough on Rescue Team DX with the demo Nintendo released a few weeks before launch, landing a Charmander through my questionnaire and a Skitty for a partner. I went with it and found the two to be a pretty powerful duo though that may be because the difficulty appears to have been dialed back on the main campaign compared to the original. There are still devastating dungeons in the post-game to conquer, but reaching the top of Sky Tower is an easier task than I remember it being before.

That may have something to do with all the additions and changes returning players will discover. Arguably the biggest change has to do with combat. As with all Mystery Dungeon games, combat takes place in randomly generated dungeons where enemies only move when move or complete an action, but now there is no general attack to use to conserve your PP or draw an enemy in close for the kill. You only have your Pokémon’s four moves at your disposal, moves that can be powered up through use or switch out when new moves are learned. With that change, ethers are the most important item to have in your expansive toolbox.

You can access your moves with the left trigger button and select which one you want to use, or you can leave it up to the game to decide for you by pressing the A button. Very early I got into the habit of choosing moves for myself. This may add a bit of time to each dungeon, but it was worth it to avoid losing access to some of my more powerful moves. If only my teammates could be as conservative.

Speaking of teammates, outside of specific story missions, you can start each dungeon now with three characters from your pool of recruits. As you go through each dungeon, you’ll occasionally encounter a defeated foe who wants to join up with your squad. If you have purchased a camp from Wigglytuff, they’ll join your team at the end of the dungeon. Otherwise, they’ll just follow you around until it’s completed then leave you with a little cash for the experience. While you can recruit any Pokémon that asks, you should always be on the lookout for those with Rare Qualities, passive traits that can really benefit your team. These either occur naturally in the Pokémon you recruit in the dungeon or through the two different types of gummis you can earn.

Up to five Pokémon from each dungeon can join your team of three, creating a pocket monster conga line that snakes through each long, randomly generated dungeon. Having that many characters following you may be more of a hassle than a help to your journey. I would often have to rescue the tail members of my rescue team when they got caught up in a fight they just couldn’t win. Ultimately, having a large squad behind me proved beneficial for boss battles, though I made sure to mess with the options to make sure my teammates couldn’t use items. 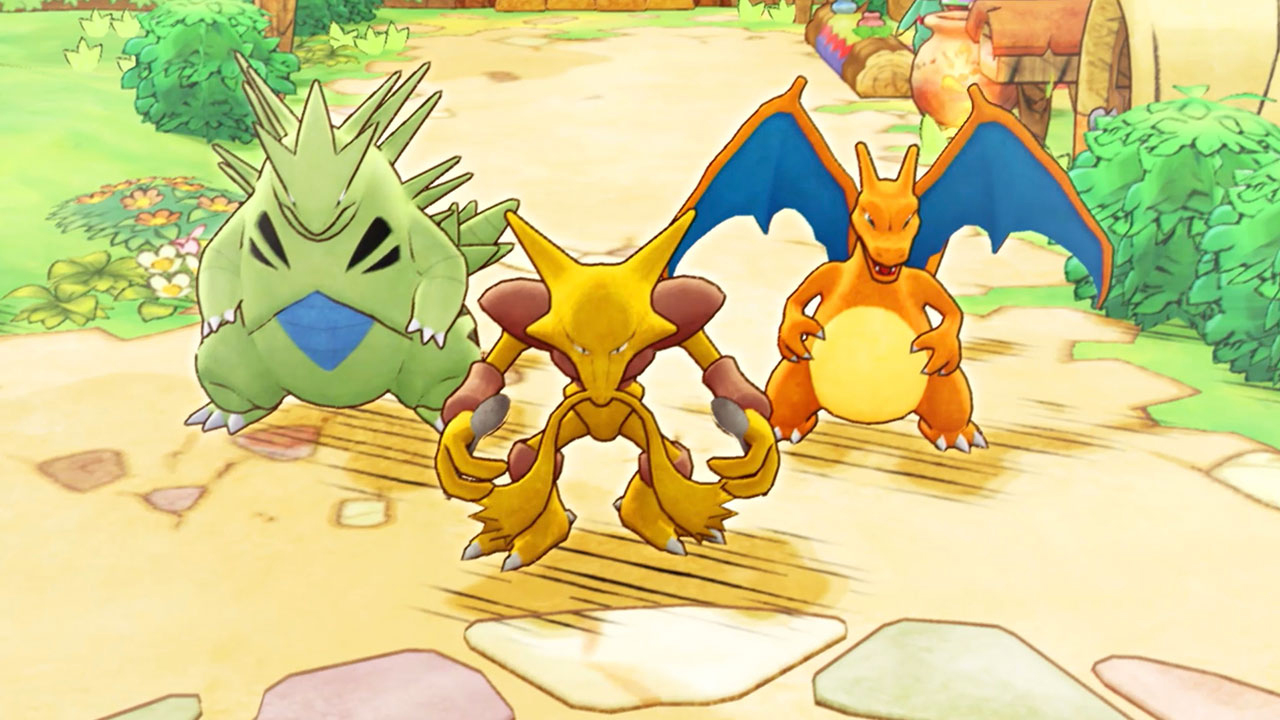 There are many more additions Spike Chunsoft made here, including a weird Auto Mode, but ultimately it’s the same game millions of us played a few generations ago with a stylish new coat of paint. The children’s book aesthetic is pleasing, if less so in motion than in screenshots. The music, too, is quaint and made for a decent set of headphones. It’s all-around enjoyable, though for me, only for an hour or so day.

While I’m sure there are people who can find enjoyment playing Pokémon Mystery Dungeon: Rescue Team DX from beginning to end the second they insert the game card, I prefer to take it slow, playing a bit here or there, stopping anytime the tedium starts to set in. Maybe that’s a few short dungeons or just one run of one with dozens of floors. The repetition of going into each dungeon, rescuing people, exiting the dungeon, and starting the whole thing over again can grow monotonous and I think the ease of my adventure allowed that feeling to creep into the back of my mind. I have no issue with easy roguelike dungeon crawlers, but if you’re not going to challenge me you should at least provide me with some variety.

Pokémon Mystery Dungeon: Rescue Team DX is a pleasant remake of a pair of dungeon crawlers that, as I can see now, are a bit more dated than I originally thought they’d be. There is still a lot to love about this interesting spin on the Pokémon formula, but not enough for me to lose myself in the experience as I did once before.