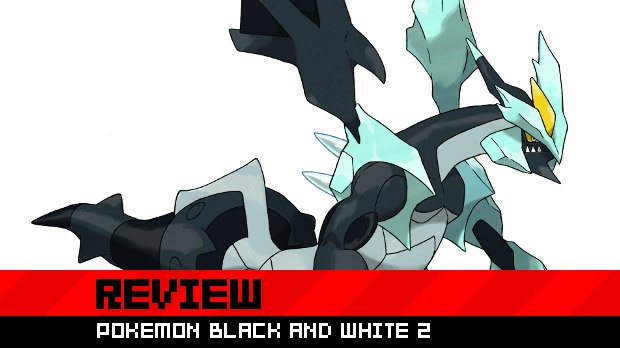 Pokémon is practically a cultural institution. Every true child of the ’90s knows every word to the theme song, lost a lot of their parents’ money on the trading card game, and spent many dozens of hours testing playground rumors in the videogames.

Black 2 and White 2 are the latest handheld entries in the main series. Being the first direct sequels already represents a pretty significant break from the norm in a franchise that is notoriously resistant to change.

After 15 years, many of the mechanics are starting to show their age, despite the constant refinement. With almost 650 Pokémon now, the time investment is beyond reasonable for the average player. Still, Game Freak has done its best to keep things fresh, deep, and approachable — a balancing act few can maneuver successfully. The developer falls short a bit too often, but manages another worthy, if at times frustrating, entry. 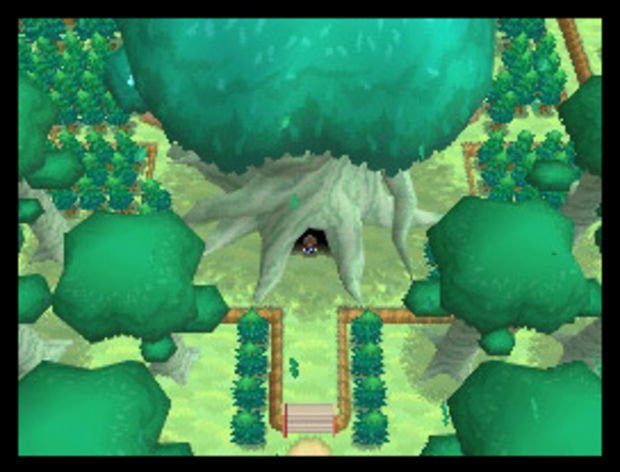 Playing a new Pokémon game for many people tends to be a war with their own nostalgia. Every time a new title in the core series of games is released, fans of the originals become rabid children and flock to the new game in a desperate attempt to “Catch ’em all” — a task which gets exponentially more difficult with each generation. It’s a roller coaster of sentimentality that messed with my head a bit. For the first few hours, I went back and forth between belting the Pokémon show theme song and practically yelling at the DS for not telling me what to do and where to go.

BW2 needs some kind of recap feature or journal or something. NPCs will often mention to go find certain things, but it never explicitly tells me where they are. There are so many random buildings and people wandering around everywhere that it’s impossible to know at first glance what is and isn’t important.

Important names are only in the last lines of the dialogue with NPCs and never mentioned again. I have no way to look it up, no way to find a hint, no way to get some kind of reminder, even. Every now and then, people just walk up to me and hand me items without any explanation or context. No one tells me what I need to get through which area or how, or even the general direction I should be going. Black and White had a fairly linear path. This sequel, on the other hand, seems to just send you off with all of your options apparently available, but not really showing you where you can and cannot go until you try.

I’ve also noticed that it’s harder to use only one Pokémon in this game. It’s the first time I’ve ever had problems with that strategy. I’m being forced to pick up other Pokémon and use them because I simply don’t have the ability to learn any decent moves.

While initially frustrating, this actually makes me glad in a way. For years I’ve been playing this game in a really cheap, easy, shortcut-y way and this is the first time I’ve seen some real effort to balance the trainer and wild Pokémon distribution in such a way that my old, rather boring strategy is totally unusable. Kudos, Game Freak. You did something right. Conniving bastards. Sucking me in again…

Despite these extensive, nagging complaints, I’m really surprised at how well the core Pokémon formula continues to hold up. With minor tweaks, the basic game becomes exponentially more complex over time while simultaneously being simple enough that children can get into it and appreciate the basics.

The entire game is centered around the core theme of growth and gradual maturity as well, reinforcing the appeal to younger audiences. Most people started playing Pokémon when they were young and had little agency in the world, but by tapping the dream of growing up and being more and more important within a relatively small time frame is a powerful appeal to kids.

It seems then, as the Pokémon generation ages, the nostalgia is reinforced by this longing to fulfill those same childhood dreams that were planted in our minds back in the ’90s. Wow. This has to be some really sick, decade-long marketing scheme … it’s genius. Maybe Nintendo and Game Freak are actually Team Rocket.

If so, they’ve managed to create another compelling installment in the long-running franchise. Pokémon embodies the maxim “easy to learn, hard to master.” Even after 15 years, I still only know a small portion of what I potentially could. While I don’t have the time or the patience to dedicate to that endeavor, it’s comforting to know that even in what is, ostensibly, a children’s game, that if I chose to take that leap, I would have something substantive on which to land. Unfortunately, that same level of refinement and care cannot be found in the narrative. 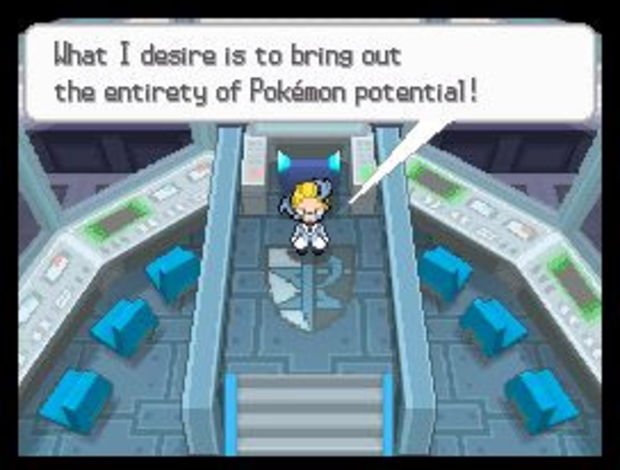 Black and White attempted to tackle several legitimate moral issues with their plot — and they were, more or less, the first games in the series to do so. They posed a question which any legitimately moral individual inhabiting the world of Pokémon would eventually have to ask themselves: is it okay to capture small animals and force them to fight one another for sport?

For most, the answer is a resounding “no.” However, Black and White backed away from the implications of the very question they raised, and I’m sad to say that their sequels are no different in that regard.

Normally, I could forgive Pokémon for so poorly handling a fairly legitimate moral issue, but the plot has been so deeply integrated, and spans such a large portion of the game that I really can’t let it go. It feels like I have been tantalized with a potentially subversive, thought-provoking game that never appears. In that sense, Black and White 2 are clearly the products of Nintendo. The paired titles hint at so much more than they are, that when the whole journey is over, I’m left wanting what could have been.

Most people won’t care, though, and for those folks, Black and White 2 represent a perfectly adequate, even addictive sequel that falls a bit short short of its full potential. Then again, at some point, a giant, flying, solar-powered pirate ship shows up and freezes whole cities with an ice laser. So… take the good with the bad.