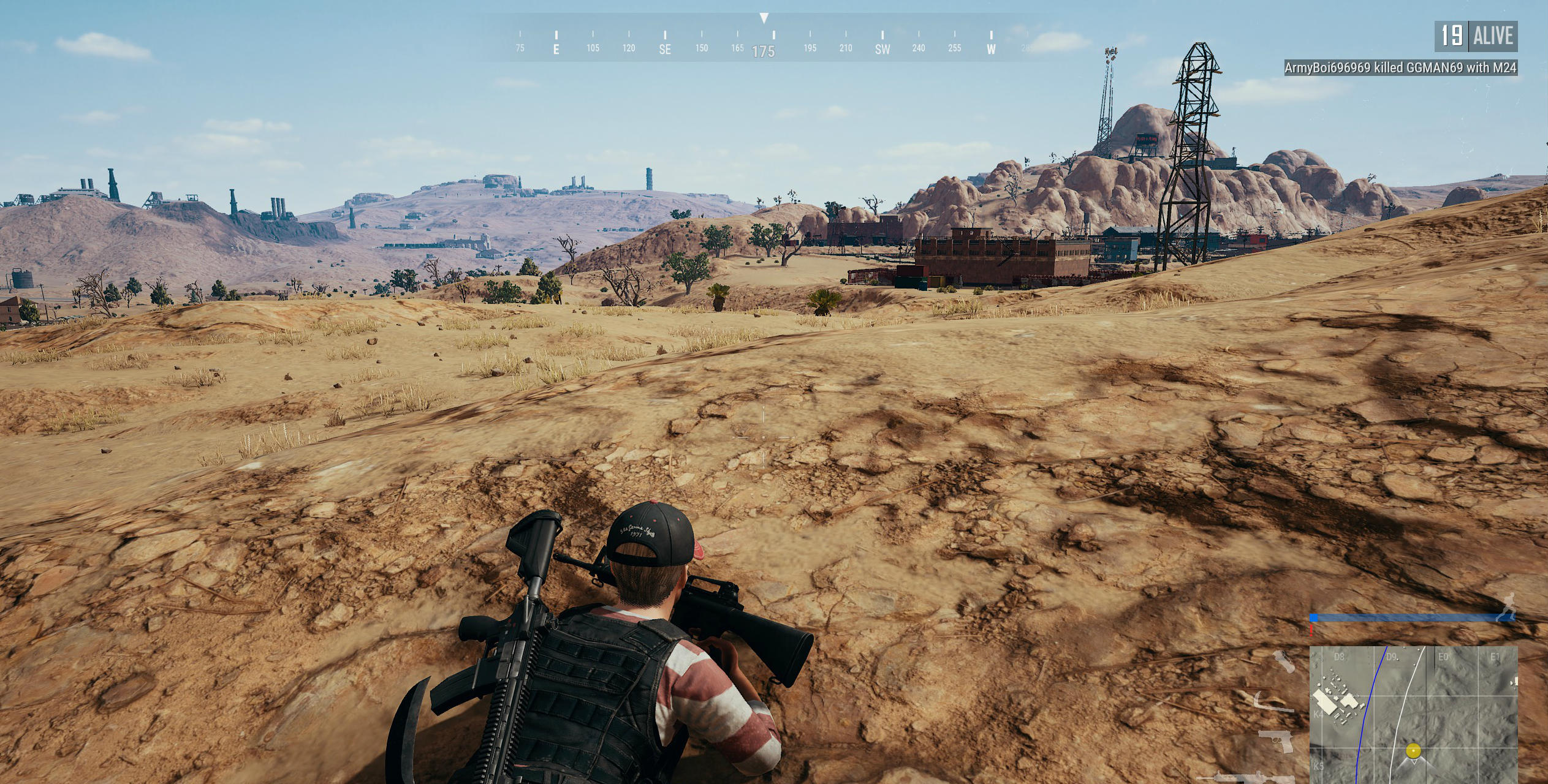 Odds are you’ve probably heard of PlayerUnknown’s Battlegrounds, also known as “PUBG.” Maybe your friend plays it. Maybe you’ve seen a headline or two and wondered “what makes this particular game so special?”

After what felt like an eon in early access it’s actually out, and given that many of us have been playing for months, it’s time to finally take a look at how PUBG turned out. 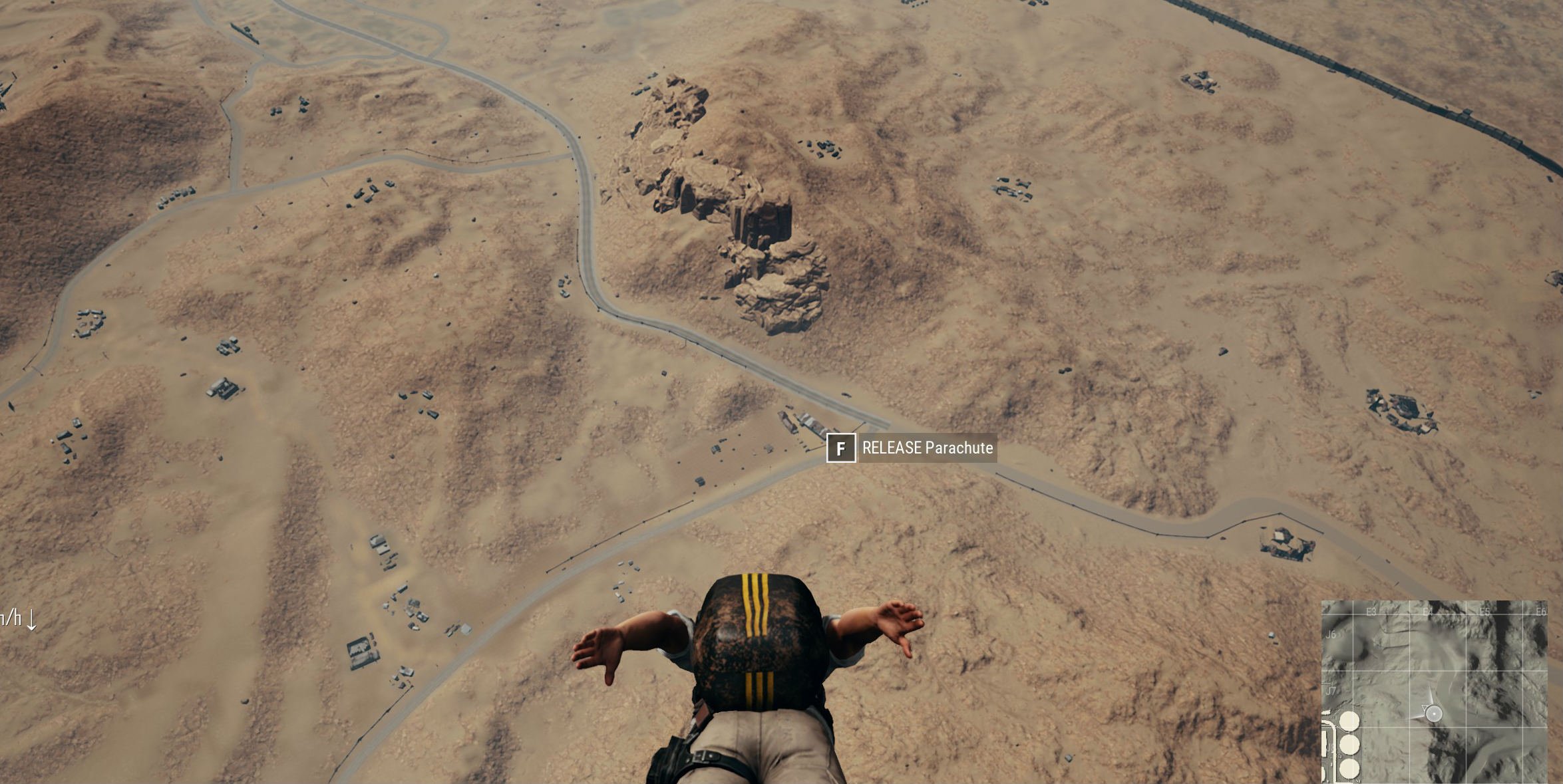 Why has this homely little survival shooter risen to such meteoric levels of fame? Well, PUBG is one of those games you can just boot up, get in, and get out of quickly. Whether it’s with friends or solo (my style of play), there’s something about skydiving off of a plane and surviving for five to 30 minutes in a giant sandbox that keeps me coming back.

The gist is that after parachuting down into a hellscape where everyone is out to get you, it’s you versus 99 other people. Your job is to survive through any means necessary (whether that’s by killing everyone else or by merely getting by passively) and take the top spot, which nets you the coveted “chicken dinner” title. Every few minutes, a blue circle will appear on the map — you need to go there, lest you slowly die to an energy wall. That’s literally it. You can earn coins to grab cosmetic loot boxes (which are thankfully not linked to microtransactions after a big dust-up months back), then go back into a new session and play again.

PUBG manages to nail the shooting aspect, whether it’s in third or first-person. There’s enough guns in there to ensure that you’ll have a tool for any given situation (though they’re randomly strewn about in each match, so you won’t always be using the same weaponry at all times), and if you don’t have it, you can kill someone and take their loot. By the same token it never gets too unwieldy, as managing first-aid, a few grenades, and several long and close-range weapons is fairly easy to do with its helpful menus.

The game’s biggest ally is its penchant for entropy. Your best-laid plans will fail from time to time. That one guy that you’ve been stalking for five minutes straight? He probably knows exactly where you are and is waiting for the right moment to hit you with his sniper — he just doesn’t want anyone else to know he’s around. Even getting hit from behind by a vehicle you weren’t paying attention to, often eliciting a “dammit!” cry, is fun.

PUBG might look like just another military shooter, but the developers have put enough silliness in their sandbox where nearly every round feels different. While many other survival games have been bogged down with crazy rulesets, much of PUBG‘s top-level play is common sense. Don’t leave doors open or someone will know that you’re there, that kind of stuff. It’s welcoming to say the least, because within 30 seconds you can be in a game, land on the ground, and immediately die to someone that found a handgun in the house next to you and still have a blast. Like Tom Cruise in Live Die Repeat, every time you fail you’ll intuitively pick up on one thing you did wrong until you have a handle on what it takes to make the top 20.

There was a time where I started to get fatigued playing it, but that’s changed as of several weeks ago. If it wasn’t for the launch of the desert map (Miramar), I don’t think I would have rated PUBG quite as highly. Erangel, its launch map that resembles a miniature archipelago, is fine, but the fatigue of playing it over and over really got to me. Not only is Miramar a better map overall, with more varied terrain (which is weird to say for what should be a barren wasteland), it’s also more visually diverse. It single-handedly has me excited for future maps.

Unlike its much messier Xbox cousin, the team has succeeded in smoothing out most of PUBG‘s rough edges. Having played since the dawn of its early access campaign the amount of progress has been astounding, as the game is not only stable, but there’s considerably less “jank” happening around you (it’s still present, mind). Basic features like vaulting that one would take for granted in nearly every other shooter are in, as are quicker forms of inventory management. It took a while, but it’s show-ready on PC.

Even if the developer thinks they invented a genre that’s been around for years, their hubris and the game’s hype had no impact on this assessment of PlayerUnknown’s Battlegrounds. It’s a rare occurrence when something makes its way into my weekly rotation of games, and jumping into its crazy world of survival is something I still look forward to after all this time.