Omega Force, as a studio, has carved out a nice little niche for itself. Well, some wouldn’t say it’s nice! “Repetitive,” is the word some might use. But despite their reputation for similar-looking beat ’em ups, hardcore Omega Force fans know that they aren’t afraid of innovating, even in small, gradual ways.

Persona 5 Strikers is a little more obvious with its advancements. 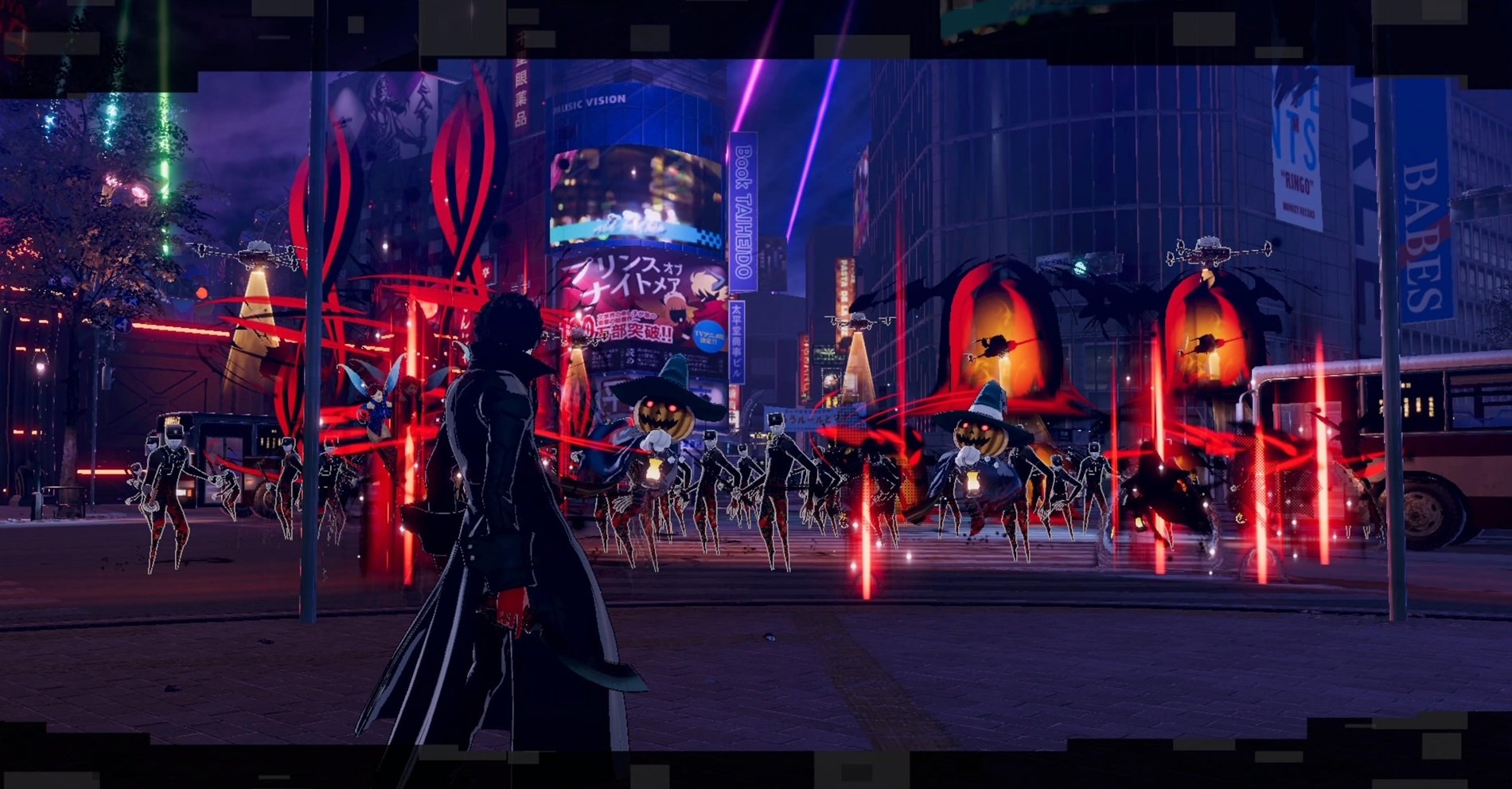 As I intimated in my review in progress, Persona 5 Strikers really feels like a Persona game first in many ways. That’s a really smart thing for Omega Force to focus on, because even with the recent Royal release, people are always thirsty for more of this series.

I’m actually kind of amazed at how deep that thematic throughput goes. Everything from the menus, to the sequences in-between fights, to the shops, to the music. If someone walked in on you playing Persona 5 Strikers outside of a combat sequence, you could probably trick them into thinking that you’re playing Persona 5 proper. That’s…really cool.

In part, this is P-Studio’s doing, as they helped Omega Force with the project (as IP owners tend to do for things like Hyrule Warriors). Either way, the collaboration paid off in spades, because Strikers oozes style even when you’re messing around the equipment system. Now the story is a bit touch and go at times, but it is roughly half the length of a big Persona game, which can be a huge plus for everyone who doesn’t have the schedule to dump into what are ostensibly huge time sinks.

But while the overarching narrative isn’t quite as thrilling as a mainline entry, the little moments do matter. The banter between the characters, who already have a rather strong bond at this point (in both English or Japanese audio), is authentically Persona. The cutscenes, the voice acting in general, even the minor characters, it’s all there. Although it’s not 100% required and you can glean quite a bit from expository dialogue, you really should play Persona 5 first (Royal doesn’t really have an impact here) to get the most out of it.

The real-time combat system will also help a lot of people that are not so JRPG-inclined acclimate. Yes, it does have the very familiar “basic special,” “basic basic special,” “basic basic basic special” combo system, but Strikers presents you with the option to evolve beyond that. If you jack up the difficulty, things get more interesting immediately. The weakness, persona, gunplay, and all-out attack systems all return from Persona; which gives combat a bit of an edge both stylistically and strategically. It’s fun queueing up abilities knowing that you’ve broken down an entire squad, because you’ve memorized what they’re vulnerable to. Having a giant persona summon come up and signify that is the payoff.

One of the game’s chief sins, and a lot of beat ’em ups are not immune to this, is repetitiveness in the moment. Persona 5 Strikers does a great job of throwing new concepts your way, and with the modified dungeon system, presenting them in unique ways. But so-called “trash” mobs (enemies) can be a chore to clear out sometimes, as you eventually make your way to the more exciting skirmishes that are worthy of expending your power on. 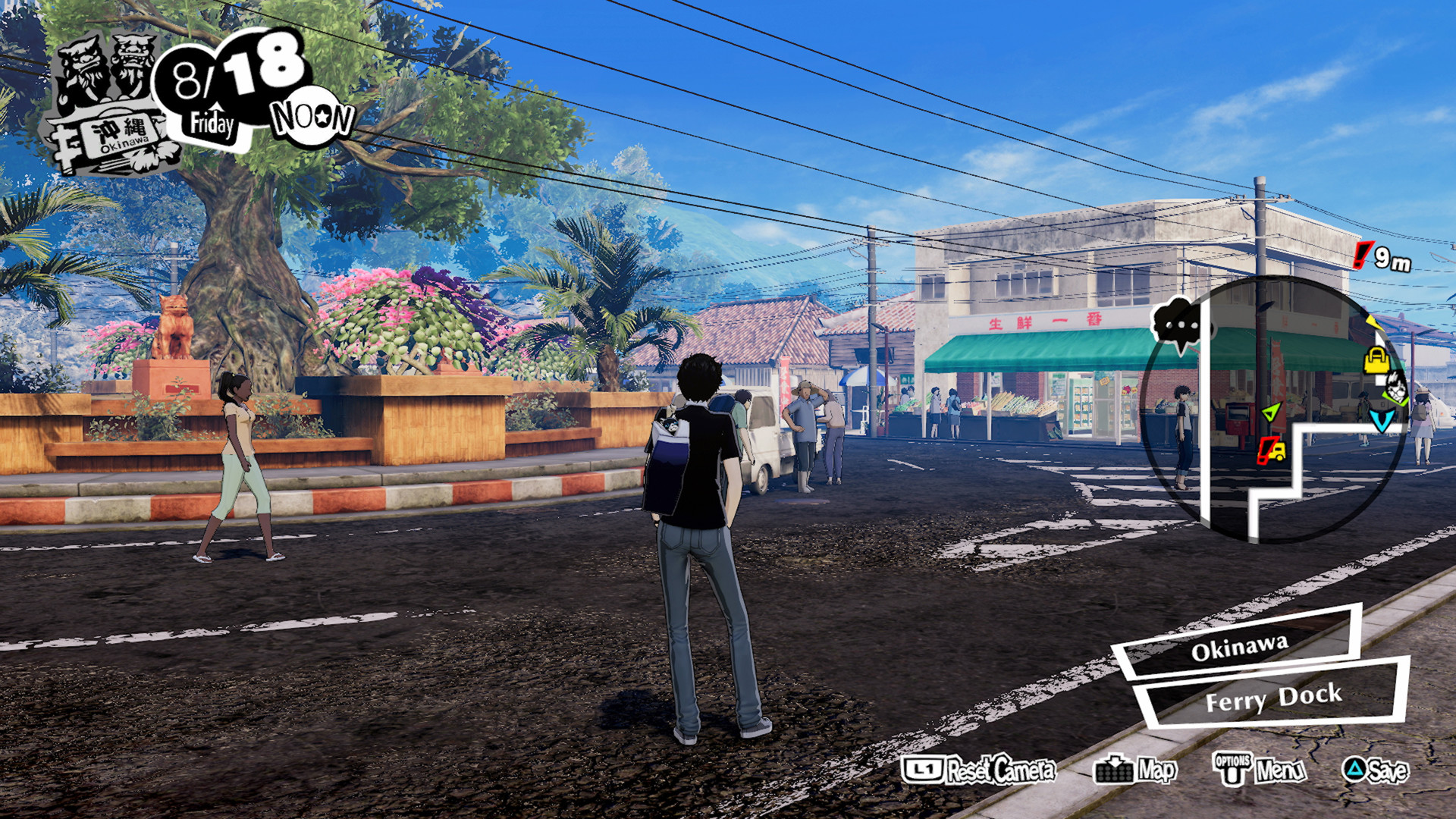 It’s neat, because you don’t really have to always battle it out constantly if you don’t want to. By and large the game thrusts you into dungeon settings, which let you move about the labyrinth at will and avoid fights if you want. It has its merits and its faults. Arenas generally don’t feel as sweeping or as epic as some of the maps from prior Omega Force titles (Age of Calamity did a wonderful job of this), but it does feel like Persona, which is going to be the most important thing to a lot of people.

The between-combat portions of Japan also rule, and provide you with a nice break that beats the hell out of the “menu selection” level transition staple of prior Musou experiences. In all, it’s kind of just a more chill Persona 5. A truncated story (in Persona terms), lessened requirements for dungeon hopping and party enhancement. But within the confines of this new subgenre, it works. After all, Persona 5 (and Royal) still exist.

Persona 5 Strikers suffers from some of the same faults as other Musou games, but this collaboration highly benefits from the strength of the source material. Even if you have no interest in the genre, if you enjoy Persona in any fashion, this is worth picking up at some point as you patiently wait for the next big entry.