Persona 4 was a story about acceptance. We all have a dark side, some aspect of our personality we dislike about ourselves, something we choose to repress and hide away from the rest of the world. This isn’t the healthiest practice, though. Atlus shows us a cavalcade of otherwise normal, healthy people become consumed by the enemy within. By the time the Investigation Team solves the mystery behind the Inaba murders, it’s more than clear that accepting our personal weaknesses, flaws, and undesirable traits are key in becoming a stronger, more successful human being who can connect with others and the world around us.

Dancing All Night explores a similar motif, revolving around a group of Rise’s peers, a band of pop idols named Kanamin Kitchen, who have been made to lead double lives. Having been manufactured by a record label, these girls are made to act and dress in certain ways that aren’t reflective of who they really are. Nobody knows the real them. Deep down, they feel fake and isolated, trapped and forced to conform to public perception, like marionettes dancing for the crowd. All anyone sees is their masks, not the identities they’re compelled to conceal, nothing that runs contrary to fantasies held by legions of adoring fans who actually care nothing for them.

Yes, in some ways, this is a thought-provoking followup to the themes present in Persona 4. It’s also a fun little rhythm game. 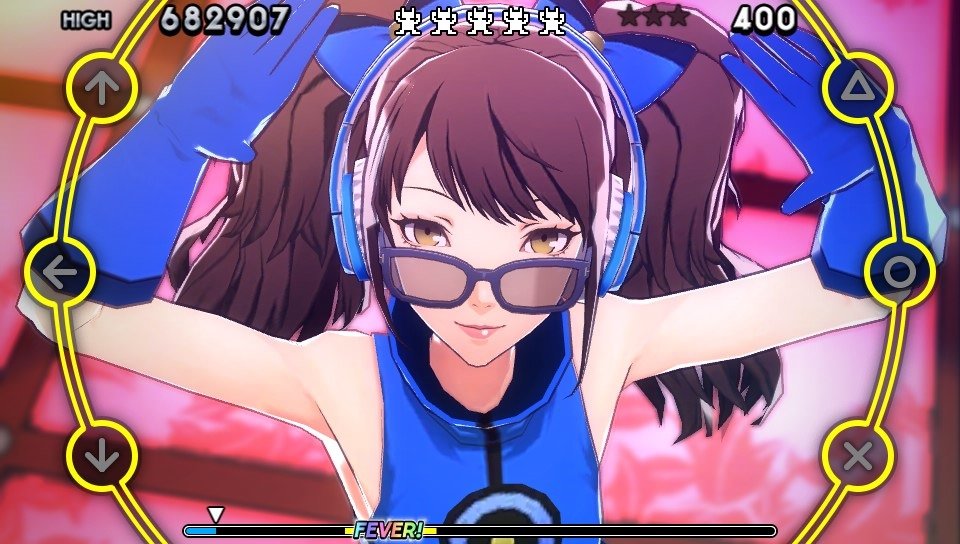 Taking place shortly after the events of Persona 4, Dancing All Night opens with Rise Kujikawa and a couple members of the gang in a dance studio. The former idol is mounting a comeback and has enlisted her friends as backup dancers to perform at a large music festival. Of course, things quickly go awry. A cursed Internet video has droves of people falling into comas, and to top it all off, members of Kanamin Kitchen, the pop group headed by Rise’s frenemy Kanami Mashita, have gone missing.

We soon find out the women have been transported to an alternate dimension called the Midnight Stage, where a mysterious voice and hordes of Shadows hold them hostage. Kanamin Kitchen’s captors prey on idols’ identity crises and try to make them fall in line with the image of what people think believe are, or want them to be, rather than wage any sort of painful personal struggle.

The Investigation Team naturally comes to the rescue, except in this world they can’t use their Personas to fight. The only way to beat back the Shadows and save Rise and Kanami’s friends is to dance. It’s a contrived plot device to shoehorn in rhythmic gameplay based on Sega’s Hatsune Miku: Project Diva series, but honestly, who cares when the end result is a damn good time?

The mechanics at work here are nothing revolutionary. Notes appear in the center of a circle and fly outward toward six zones on circle’s perimeter in formations based on music. Players are tasked with keeping the beat, the success or failure of which will determine things like high scores, whether new levels are unlocked, and earn in-game currency for purchasing items and costumes.

Dancing All Night functions perfectly, and its three main difficulty settings all feel appropriately challenging. Regardless of which you choose, a poor performance will result in a quick hook, though a mediocre one may allow you to complete a level without passing. This can be a powerful motivator, and definitely kept me coming back to some of the tougher stages. On top of the standard fare, there’s also an even harder (hidden) difficulty setting awaiting dedicated players. So good luck with that!

Aside from the joy of watching familiar faces like Teddie and Chie cavort around in ridiculous outfits, what makes Dancing All Night a blast is the music itself. One of my favorite aspects of the Persona series is composer Shoji Meguro’s handiwork, which is obviously thrust into the spotlight this time around. After completing both the story and free dance modes (plus redeeming some downloadable content) I’ve unlocked 36 songs, spanning everything from original Persona 4 tracks to spin-off theme songs and even a live performance. However, while that may conceptually seem like a decent-sized selection, it doesn’t always feel that way.

Half of the soundtrack is padded out with remixes that may or may not resonate with players. While I absolutely loved many of them, there are others I will seldom play again. I found it difficult at times to appreciate versions of songs I’ve adored for years, only to have some DJ somewhere strip the track of nearly all its personality and transform it into something else entirely. 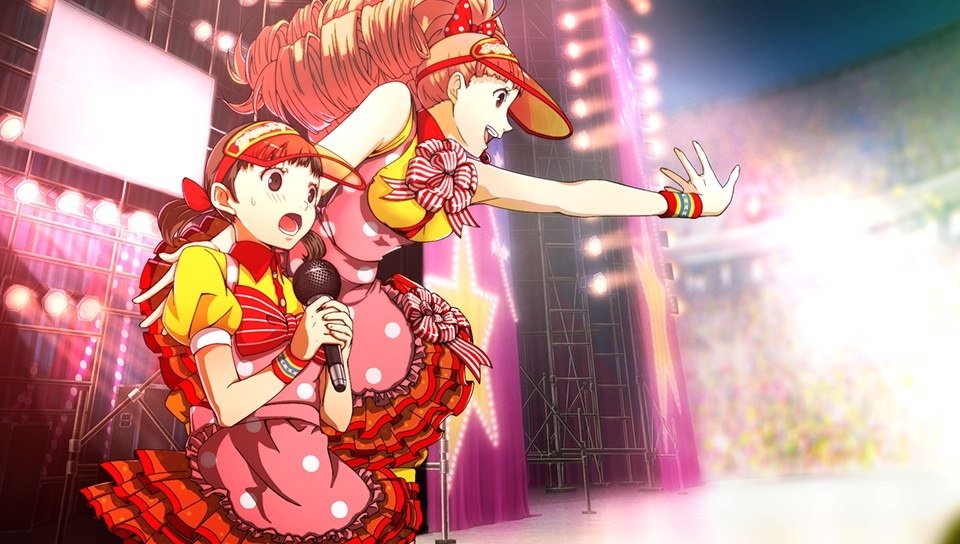 Dancing All Night‘s uneven score wasn’t the only facet of the experience that wasn’t as compelling as it could have been. The story is somewhat plodding at times and suffers from repetition, following multiple groups that tread similar ground for most of the game. While there are some pensive themes at work, endearing new characters, and a dramatic finale once the narrative threads begin to converge, the plot doesn’t quite live up to its source material — which is probably expected, given how phenomenal that is.

This fusion of visual novel of rhythm game isn’t exactly perfect, but speaking as someone who loves Persona (and Shoji Meguro’s work in particular), I really enjoyed my time with this one. It might be pure fan service, but sometimes maybe that’s enough.