Remind me of this: that night we kissed, that I really meant it

My interest in romantic fiction really only blossomed after I was married. That may sound a bit backwards, but I always found romance while you’re alone and single to be a bit like eating a big bag of pizza rolls. Your brain may tell you it’s exactly what you want, but it will leave you with a horrible feeling in your stomach and the emptiness will doubtlessly return before long. Now that I have a husband, that emptiness is gone and I can cram as many pizza rolls into my face as I want without feeling the awful side-effects. I can delve into the drama of fictional romance and then escape to my stable real-life one.

I find a lot of romantic fiction to be trite, structurally similar, and mired in common themes and tropes. I still enjoy a good love triangle, fish out of water, or the old “will they, won’t they?” tale, but I understand that’s just brain candy. A truly great romance is taking two characters and telling you why these two imperfect people need each other. Or three or more characters, as the case may be. I’m not judging. But in Perfect Gold’s case, it’s two characters. 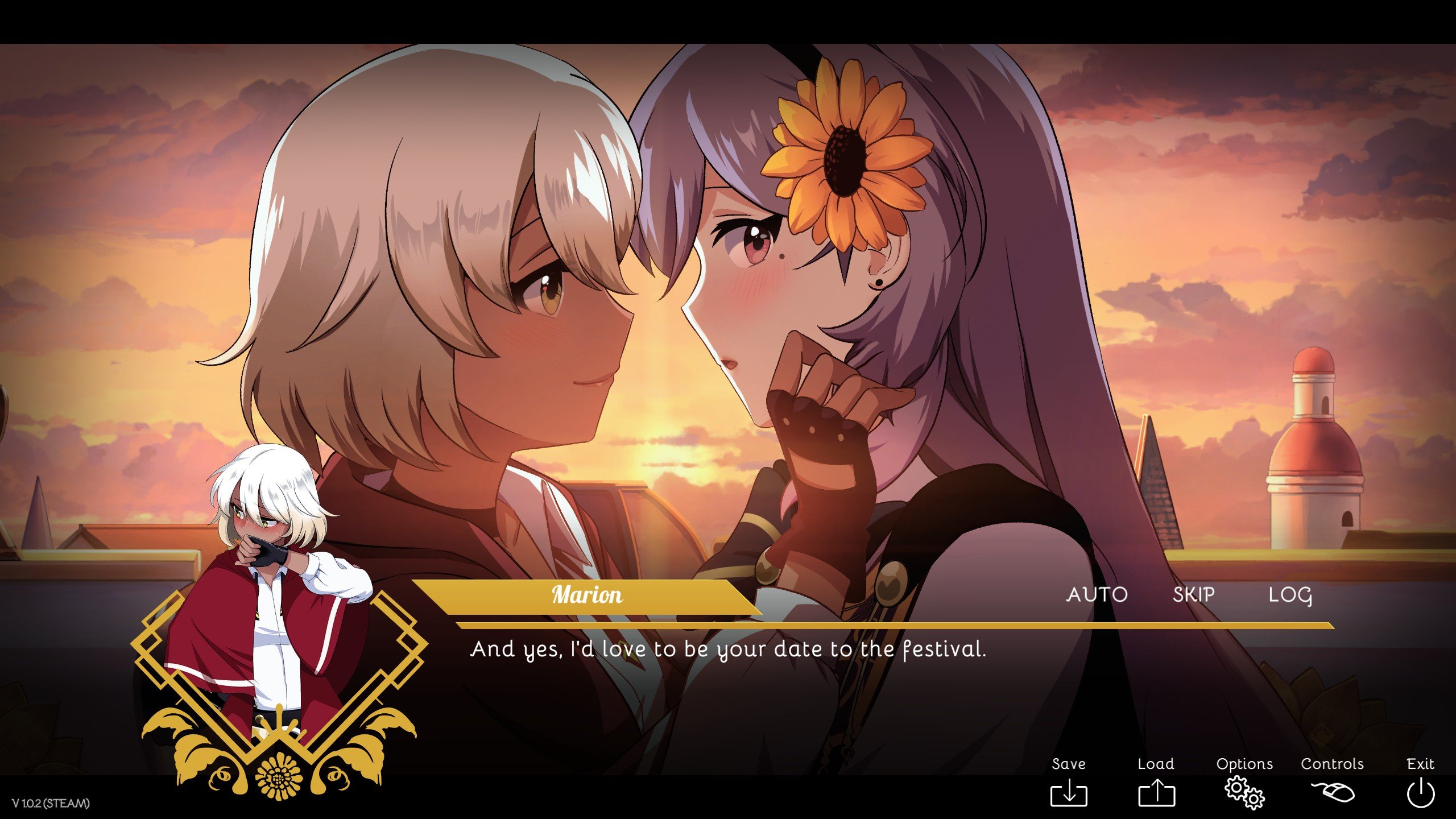 Starting with a prologue that tells the story of two girls admitting their feelings for each other for the first time, Perfect Gold then transitions to a year later after everything has long since fallen to pieces. Audrey Clary and Marion LaRue have somehow gone from a blossoming young couple to spiteful enemies. The story then hops between the two characters, demonstrating the past they shared together, the present where they have a chance for reconciliation, and all the hurt in between. Meanwhile, the narrative coyly withholds what happened a year ago that poisoned the waters.

The pair are mages in school to hone their respective crafts. Their fighting has led to detention on the day of the Sunflower Festival. Having missed it the previous year because of withheld reasons, the two decide to sneak out of detention to attend. You’re then given bits and pieces about what drew these girls together and what tore them apart.

It’s an effective structure, one that provides bits and pieces to keep you interested throughout. You’re left to wonder how such a promising romance hit the rocks so fast. Who was responsible? How has it taken a year for them to even attempt reconciliation again? What’s left between them? Sit down and listen.

There are a lot of flavors of visual novel out there; some of them are heavily choice driven choose-your-own adventures, while others are not. Perfect Gold is not. You’re generally given one choice to make every few chapters, and usually they just relate to how much of a bitch you want to be. They’re not particularly meaningful choices, and it’s usually pretty obvious which one is the wrong one. There’s more than one ending, however, so maybe don’t be petty if you want some actual romance in your life.

Just be mindful; you’re here for the story. It’s also not sexually charged, so if you like your romance with a little bit of filth, you’re not going to find it here. It’s two young characters working through their problems together. It’s cute, so you’ll have to go elsewhere for stimulation.

Speaking of which, everyone has different standards for romance, so it’s not going to hit everyone the same way. As I’ve already mentioned, it manages to eschew typical depictions of relationship issues and tells a very human story. There are no harems or dark pasts to be found here, just the mistakes and missteps of youthful love. It doesn’t spin its wheels too hard on sentimentality either. There is a lot of warm-hearted nuance here, but it rarely descends into platitudes. 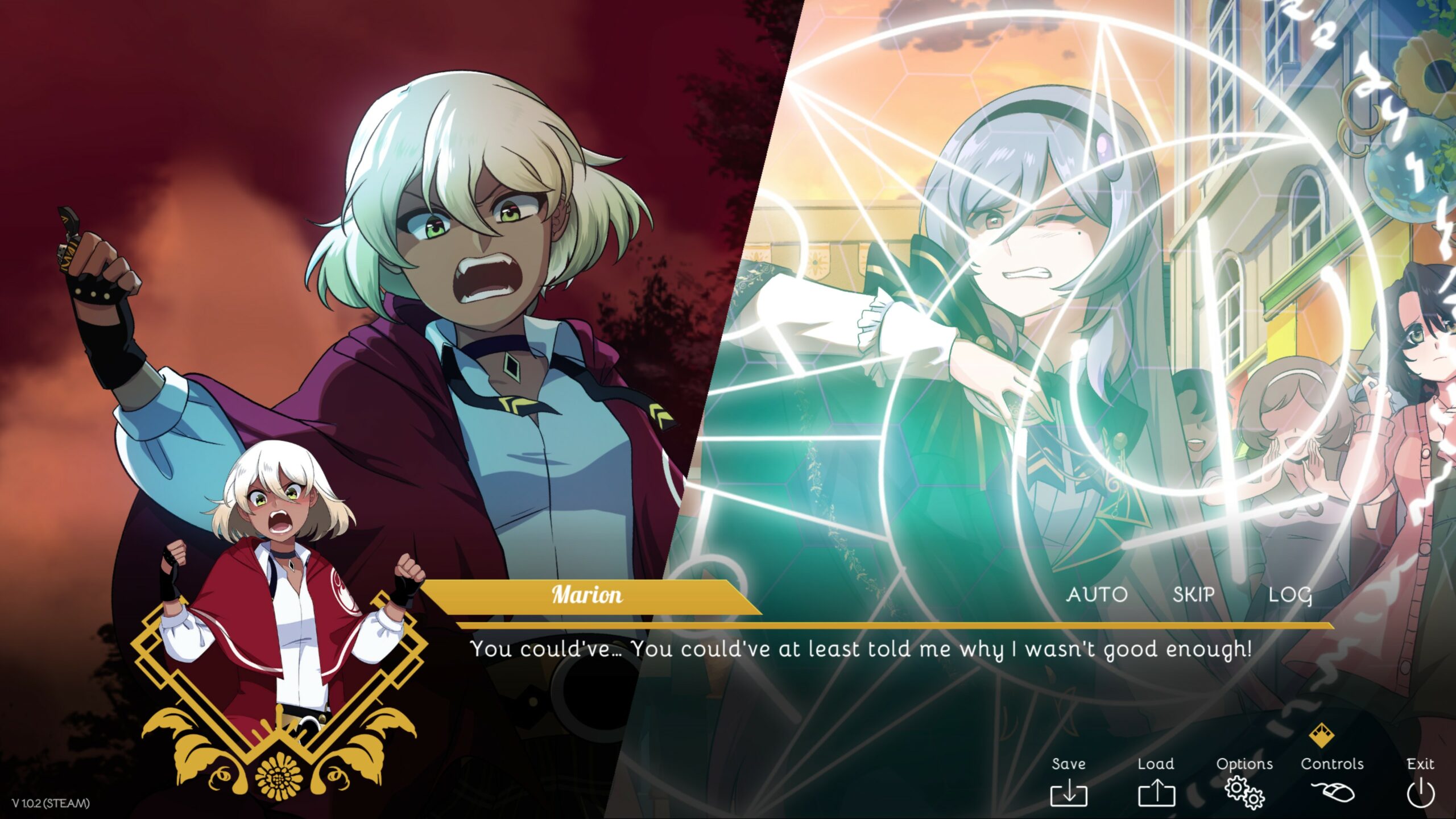 The art is appealing as well. The romantic CG scenes always feel like they’re worth a closer look (‘H’ to hide your UI), featuring subtleties that bring out their sincerity. The characters are expressive, and while the backgrounds are unvaried, they do show the doctor recommended amount of detail.

As is typical, there’s not a lot of movement to be had and the game is dialogue only, meaning that action is uncommon and unsatisfying when it does happen. If you’re familiar with the visual novel genre, you probably already know how disposable the soundtracks usually are, and this does nothing to break the mold.

The developers estimate the game’s playtime at about two hours, but I don’t know how you can listen to the dialogue and still make that time. Even with that in mind, it’s fairly short, but it’s priced accordingly. It’s a tight story, placing you in the presence of a small handful of other characters, allowing it to be concise as possible. “Short and sweet” would be the cliche descriptor here, and it proves to be accurate in this case. 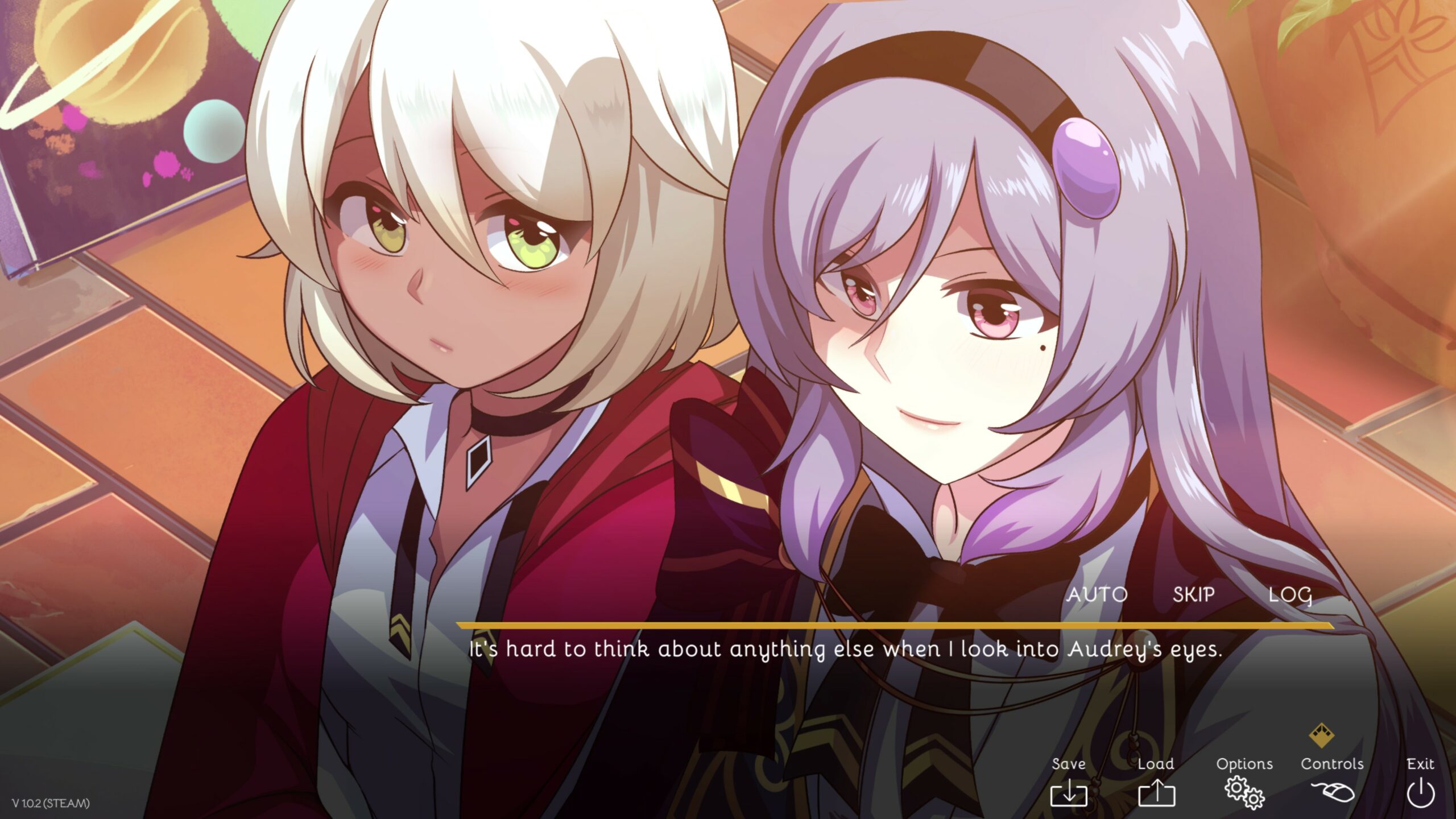 I find it difficult to make a recommendation on a visual novel in the first place, let alone a romantic one. These things just mean different things to different people. Some will have nothing but apathy for the genre as a whole, some are jaded towards sentimentality, and others can’t get through an in-game relationship without the promise of some nipple. Then there’s the saps like me who traverse minefields in search of the stories that can drill into our hearts.

Perfect Gold is one such game that did manage to hit paydirt. It’s absolutely solid, and finding a narrative, even in the VN genre, that deserves to be called that can be difficult. The characters are flawed without being annoying, interesting without being archetypal, and the storytelling does a great job of focusing on them. It’s worthwhile if you’re into watching two people in love while figuring themselves out.