This is just like…my opinion, man

The original Peggle came out of nowhere. It took a simple concept of peg-based brick-breaking that had been a staple of gaming basically since the beginning, and added a unique cartoon sheen that gave it a ton of character. While many gamers were quick to claim that it was mostly luck based, hundreds of precision skill-shot videos proved them dead wrong, as Peggle is most definitely a deep game.

Therein lies its core charm. Anyone can pick it up and have fun, but if you take the time, you can guide balls through pegs better than Neo in The Matrix. Peggle 2 doesn’t change a whole lot from that same basic winning formula, and that’s fine with me. 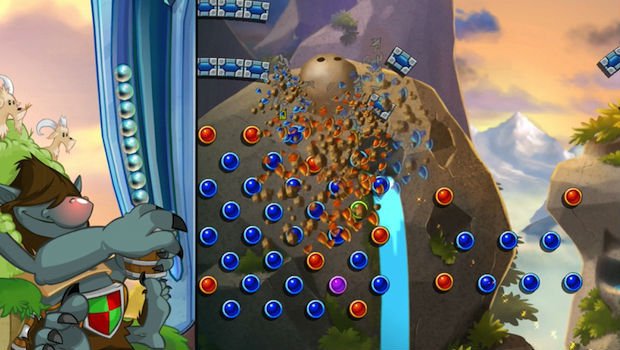 For the most part, the same basic Peggle formula still applies here. You’ll aim a cannon at the top of the screen, with the intention of shooting balls down into various boards to clear every orange peg in sight. Peggle 2 controls in the exact same manner as the originals, in that you’ll use the analog stick for loose movement, and the d-pad for fine-tuning your shots. If you land in a bucket at the bottom or earn a really high score in a single shot, you’ll earn an extra ball to your total “life” counter — that’s basically it.

But beyond the simple veneer the franchise really shines on a complex level, and Peggle 2 is no exception. Contrary to how it looks, Peggle is not entirely based on luck. It’s very much a skill-centric endeavor much like billiards, with the ability to calculate exact shots with some knowledge of how the physics system works. Skill-shots are possible with every single ball you let loose, from wall-banks, to side bumps that earn you a bucket every time. The game recognizes just about every type of shot, and awards you extra points accordingly. With the right moves, you can earn a top score every time you fire the ball.

Even though the formula is nearly identical in Peggle 2, there are a few nuances that attempt to set it apart, like armored bricks that need two shots to clear, and most notably, its collection of five “Masters” to play with. In addition to the well known and returning unicorn Bjorn, everyone else is new. There’s Jeffrey (a carefree troll), Berg (a dancing sasquatch), Gorman (a gnome in a giant mech suit), and Luna (a young ghost). All of them are welcome additions, and every power has an impact on the game in its own way.

Although Bjorn has his patented “super guide” power that shows the trajectory of three shots at a time, the rest of the crew has significantly reworked abilities that are a much better effort than the Masters of previous games. The standout power is Luna, who can temporarily “ghost” every blue peg on the screen for two turns. This not only helps you hit some out of reach oranges, but it also brings back “dead” blue pegs, setting up massive combos and opportunities for advanced shots.

Every character is likable, but out of all of the new Masters Jeff is my standout favorite, as he’s essentially one giant reference to The Big Lebowski. Not only does he have the same interests as the movie’s titular “Dude” (complete with bowling-themed levels) and throw giant stone bowling balls, but he also spouts quotes from the film with his own signature charm to boot. Seriously, you won’t get enough of those two adorable goats hanging out in his shrubbery (Walter and Donny?).

Another major improvement is fact that each character now sits on the left side of the screen in person, reacting to every single moment in each round — a stark contrast from the lifeless tiny portrait from previous games. They’re there for every power-up, every massive combo, and every end-of-round “fever” bonus, clapping, smiling, or dropping their jaw in awe. It’s a really simple thing that made me smile constantly, and made each Master more endearing. Their animations are much more pronounced in Peggle 2, and when combined with the aforementioned idiosyncrasies, it gives them much more character than ever before. Whatever the future holds for the franchise, I just hope Jeffrey is a part of it — heck, I hope every Master returns at some point. 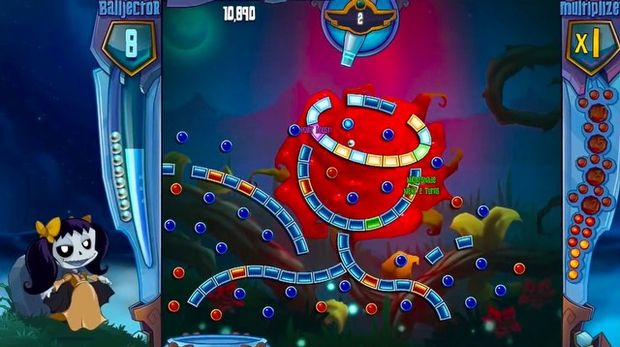 In terms of content, each Master has 10 regular levels and 10 challenges each, with the addition of one final world (also with the same 10 and 10 scheme) that lets you choose any character you wish. In total, that makes 120 stages to tackle, which is pretty hefty for a downloadable title. To help break up the monotony of “clear every orange peg” stages, there are a few challenges that offer unique objectives like skeet shooting single pegs, or specific trials involving a Master’s power. While these are a welcome addition and essentially function as mini-games, there aren’t enough of them to really make a difference, and ultimately, you’re still going to be going after an awful lot of orange pegs.

Every level also has three optional objectives like “clear every single peg” (even the blues), and “earn [x] high score.” Truth be told these are easily the most difficult parts of the game, and mastering them will take weeks of dedicated play for those of you who have the patience to persevere (I’m slowly making my way through them as we speak).

While Peggle 2 doesn’t show off the power of the Xbox One nearly as well as say, another other game on the platform, it still looks vibrant, crisp, and full of character. Backgrounds are now much more detailed, and every board makes a concerted effort to look truly unique, rather than some of the re-skins PopCap has used in past Peggle games. The beautiful orchestral soundtrack compliments the game perfectly, and is easily PopCap’s best work by far. 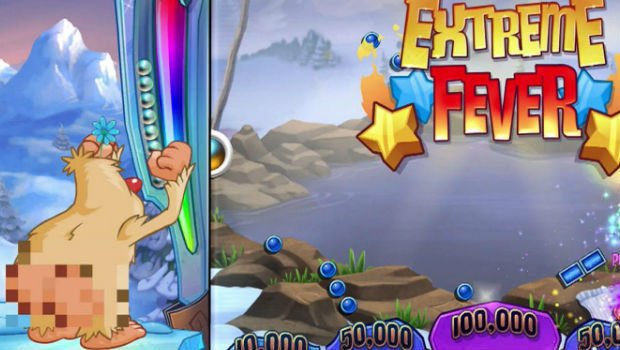 Multiplayer is also an option, but sadly, there’s no way to play locally. After the amazing couch co-op of Peggle on XBLA, it’s a massive disappointment — but at least Peggle 2 has both online matchmaking and private match options, so it’s something. With up to four players in each lobby, multiplayer operates exactly how you’d imagine, with players taking turns to strategically earn more points than their competitors. It’s not exactly a mind-blowing experience, but it’s a great way to share the fun with fellow Peggle fans, and it’s competitive enough to keep you going for quite a while.

There’s also a peculiar “store” button on the main menu that is currently closed at the time of this writing, which implies some form of DLC is in the works. While we don’t really know what that could entail, there’s the distinct possibility of new characters and levels on the horizon, which could be a good way to extend Peggle 2 in the same way Peggle Nights did — I just hope microtransactions don’t creep their way in eventually.

Peggle 2 is ultimately the same basic concept as the original set of games, but it’s still most definitely worth playing if you’re a series fan. PopCap could have done so much more than they did, especially when you consider the generational leap, but the good news is Peggle fans will eat this up and fall in love all over again.