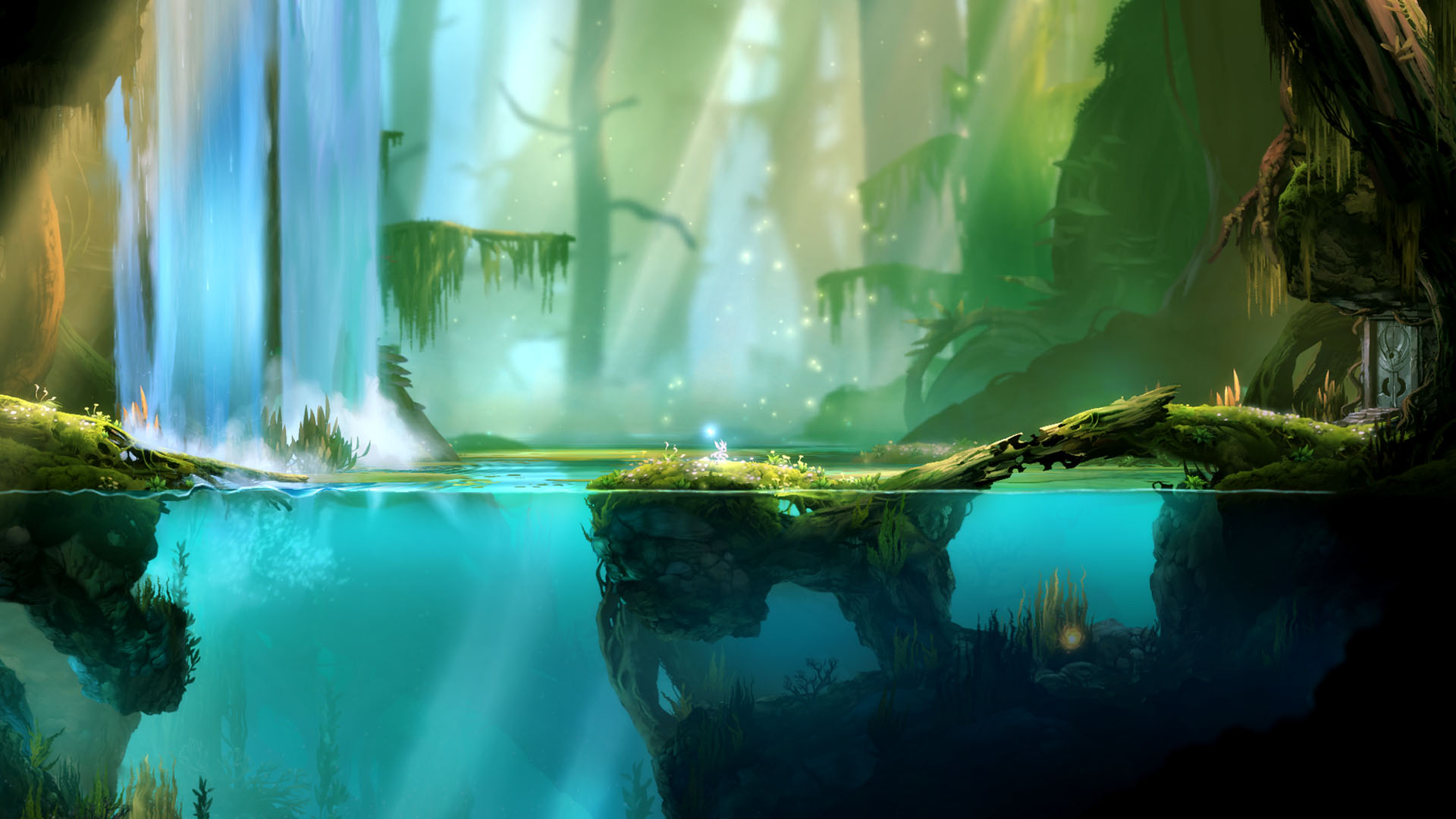 Every so often I come across a game that just makes me smile. I mean, I play videogames almost daily because I have fun doing it, but certain titles have me grinning from ear to ear the entire journey for a myriad of different reasons.

Ori and the Blind Forest is one of those games. It’s just plain enjoyable from start to finish, and doesn’t waste your time.

Ori is soaked in style from the very start. The amazing score makes me feel like I’m watching a Ghibli movie. The visuals look similar to the new pair of Rayman games, but easily surpass them in quality. I’m immediately enamored by the gibberish dialog that I fondly remember from the Nintendo 64 era. Everything is nearly perfect, setting the stage for the rest of the game.

The narrative is light. Rather than lengthy cutscenes, you’ll have a lot of interaction and on-screen text that appears without interrupting gameplay — it’s so well executed. Your story begins in the Nibel forest, taking the role of Ori, the daughter of the Spirit Tree. One day you’re separated from your father due to the acts of the evil bird Kuro, and your adventure begins to save the forest.

You’ll accomplish this goal by way of metroidvania-style gameplay, and your compatriot, a sprite named Sein. Said sprite will allow you to attack enemies with a sort of mid-range homing attack, and damn does it feel good. Most of the combat is done by mashing the button, but there’s nuance when it comes to jumping around and position — a lot of foes can do serious damage to your health bar, so you still have to be aware of your actions

Soon enough you’ll start earning more powers like a charge attack, a wall-jump, and so on. There’s not a lot of sequence breaking involved (there is some though), but again, it all flows perfectly to the point where you’ll never feel bored. This is especially true once you start ranking up with the three-pronged skill tree, allowing you to focus in certain areas like offense or defense, or become a jack of all trades.

Ori herself feels remarkably nimble, and controlling her is a joy. Jumps feel deliberate, attacks have weight, and often times I’d just hop around the world for the hell of it to test my abilities. By the time you earn the triple-jump and air-dashing powers, it’s a blast. There are a lot of other tiny gameplay bits like health pods that won’t pop unless you attack them that really show how detailed Moon Studios was willing to go from a design standpoint. Killing enemies also grant you experience directly, encouraging combat.

Another cool mechanic that’s unique to Ori is the “Soul Link” power. In short, it’s a burst move that costs energy (MP), but allows you to save your progress and create a checkpoint at any time. The game also saves at key events and there are traditional Metroid-like “save points,” but it’s awesome to restart basically anywhere you want. If you feel like testing a certain tough area or checking for a pit, just Soul Link, run off the cliff, and go back to your own checkpoint.

If you’re so inclined there’s plenty of health and energy-increasing orbs to find, and plenty of extra areas to search for. The average first completion run will likely take roughly six hours, and there’s an Achievement for beating it in three. Exploring everything will probably take you 10 hours or so. It’s not a massive game by any means, but all of it is meaty. It succeeds in being both a great introduction to the genre and a rewarding experience for the hardcore audience.

The only problem I have right now with Ori is that you seemingly can’t continue your game after beating it — the save screen doesn’t show the option to re-enter your file or start a New Game+, which may be a huge problem for some of you out there. Nor is there a hard mode or other such variant. Personally I didn’t find this element to be a dealbreaker, as I immediately started another game after the credits rolled. Some of you will, no doubt.

From a mechanical standpoint, Ori and the Blind Forest isn’t an evolution of the genre, and you’ve seen most of what’s on offer here before. But aesthetically it’s in a league of its own, and everything it does, it does well. If you’re looking for a metroidvania, I’d consider this a new classic.

I wish Moon Studios the best of luck on its next project. I’m looking forward to it.