For the past few years, I’ve grown tired of how Netflix has been conducting its shows. While it is nice to have an entire season available at once, the writing that goes into Netflix’s original series tends to be so sloppy that it seems to rely on binge-watching to gloss over its flaws. Instead of constructing a through line between the beginning, middle and end, what we end up with is shows that start with an interesting central premise and then drift off into random territory before coming back in for the finale.

Orange is the New Black has been guilty of this since Season Four. What was once a show dedicated solely to main character Piper Chapman (Taylor Schilling) grew into an ensemble cast that tackled prison life from different perspectives and walks of life. As great as it was to see a massively popular show not be centered on a white person, it often came at the expense of any kind of dramatic tension in the plot. Instead of a concrete idea with side-plots to supplement it, we got seasons that had no outline and felt more like vignettes than tightly spun dramas.

After season five ended with the ladies of Litchfield County getting sent to Maximum Security prison, I figured this new season would be the complete shake-up the show desperately needed. Instead, it’s just business as usual with the only solid plotline getting suffocated by poorly paced and awkwardly constructed flashbacks and diversions. 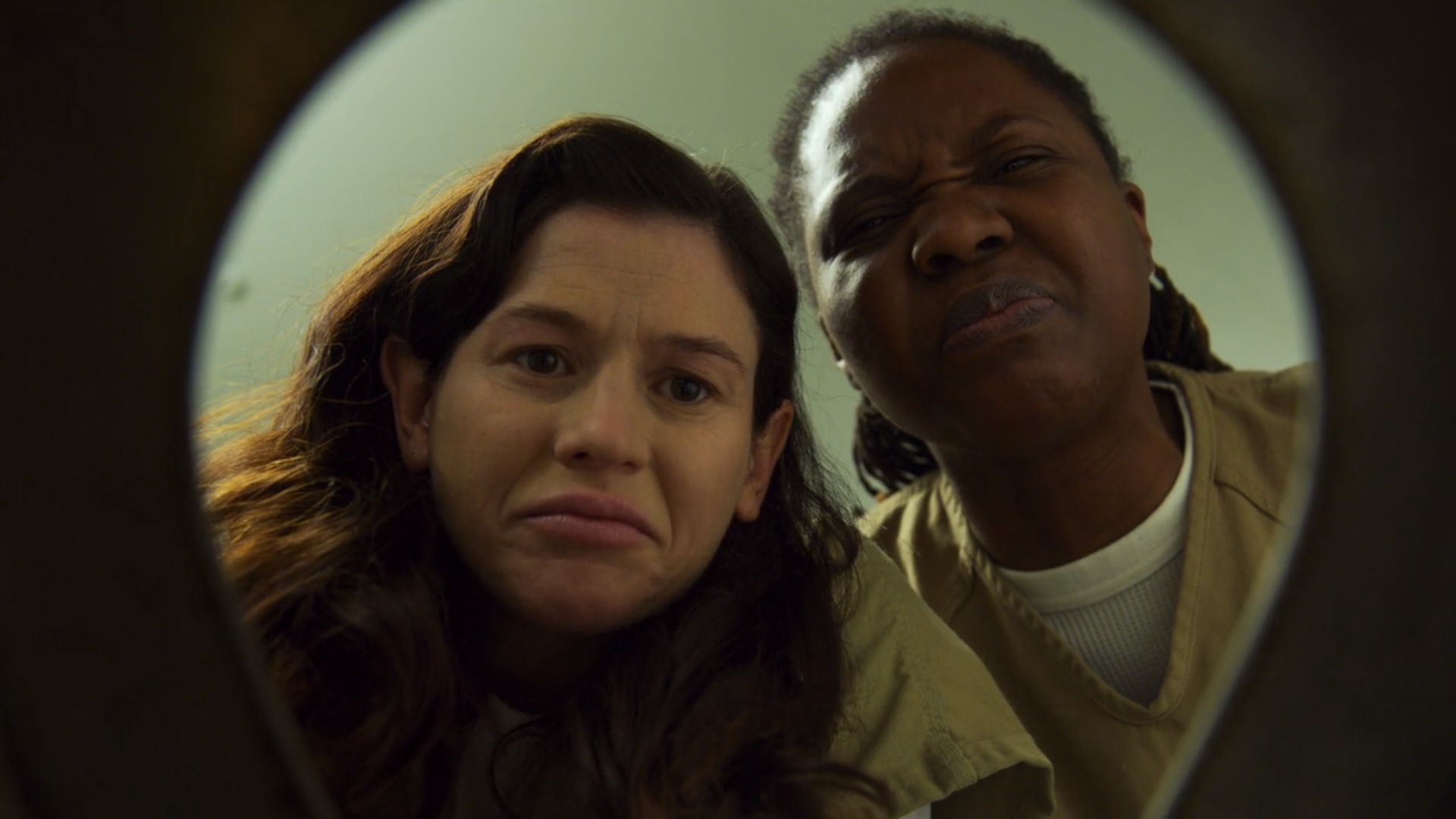 Let me get the main outline of this season out of the way first. As I said above, all of the women from Litchfield County now see themselves in Max after the riot that broke out at the end of season four. Instead of looking to reveal the truth of what happened, MCC (the shorthand for the prison system incarcerating the main characters) plans to pin the riot on certain inmates to avoid taking the blame for negligence. This ends up seeing the organizer of the riot, Tasha Jefferson (Danielle Brooks), getting put on trial not only for instigating the incident but for the death of one of the guards during the riot.

Along with that, a few of the other main characters are having their lives completely mixed up by the move to Max. Red (Kate Mulgrew) and Ruiz (Jessica Pimentel) are getting 10 extra years for torturing guards during the riot while Cindy (Adrienne C. Moore), Gloria (Selenis Leyva) and Blanca (Laura Gomez) are dealing with the fallout from selling out their friends to save their own asses. Even Piper is lost without her lover Alex (Laura Prepon) to hold her. It is a pretty dark opening reminiscent of Season Two’s shift to Chicago for a few episodes.

While all of that could work to create a central focus for the season, the writers felt the need to start injecting more characters into the mix and complicating things further. Upon her first minutes of entering Max, Piper comes face to face with Badison (Amanda Fuller), a sociopathic woman with a Boston accent that seems to have been ripped straight out of a comic book. Not too long after, we’re told that Frieda (Dale Soules) attempted to commit suicide to avoid reuniting with Barbara (Mackenzie Phillips) and Carol Denning (Henny Russell), two women she screwed over 30 years prior to escape Max. Then, without even pausing to give us air, Daya (Dascha Polanco) meets up with Daddy (Vicci Martinez) and starts to go down the rabbit hole of drug abuse. It is certainly complicated. 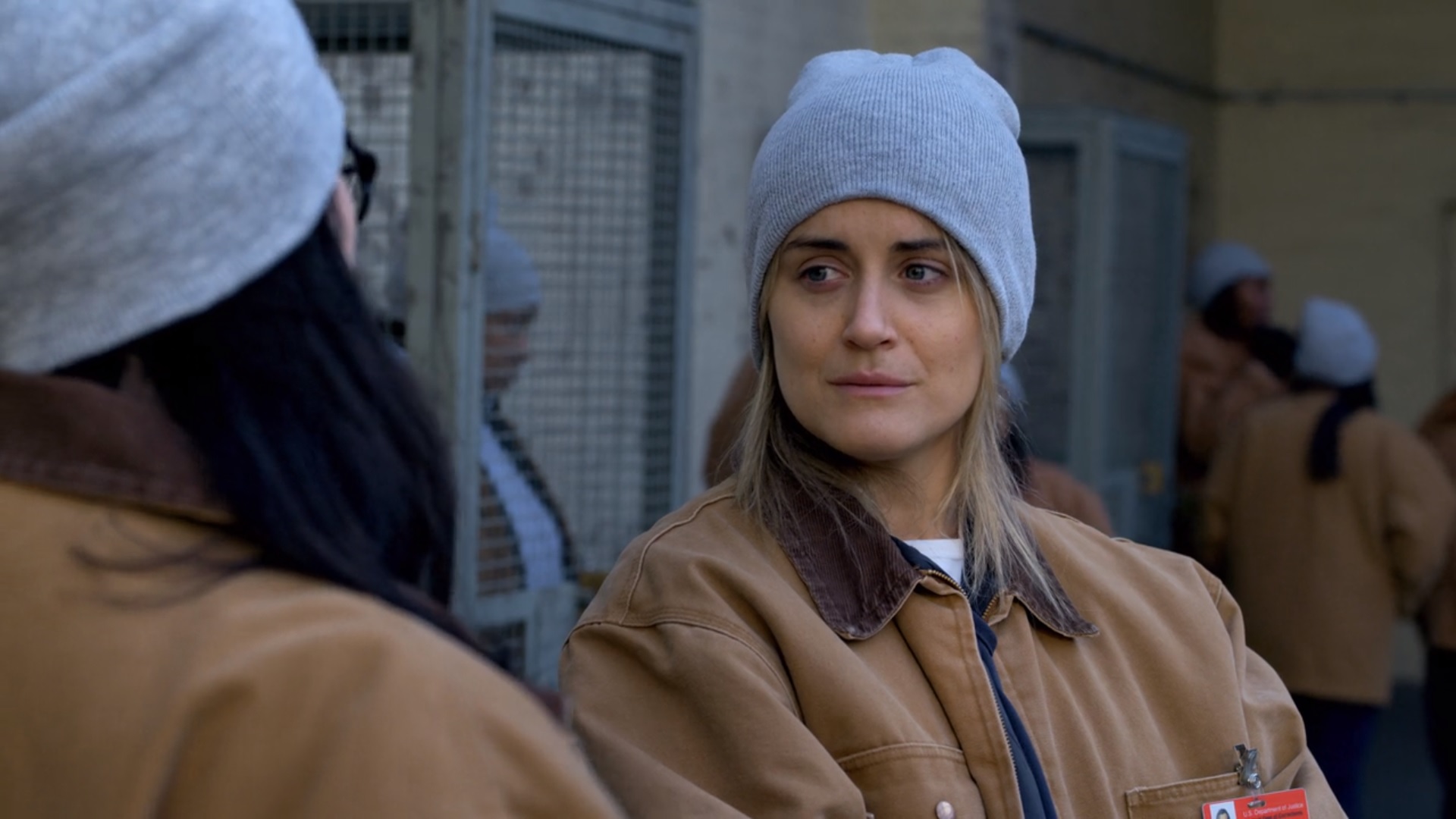 With so many potential paths that could spring out from this engagement, what ends up happening? I won’t spoil any specifics, but Season Six of Orange is the New Black is constantly plagued by what I like to refer to as “Netflix Bloat”. This is quite possibly the longest season of the show, yet so little of consequence happens between these characters. I’m all for excluding certain mainstays from previous seasons, but why do the new ones get around a cumulative three episodes to themselves?

Let me focus on the good aspects before I get bogged down with the bad (which is quite overwhelming). Tasha’s plight with having to fight for her freedom in the face of a court system that doesn’t care about her is heartbreaking. The ultimate conclusion is likely to have you sobbing, but even just the discussions she has with former Litchfield Warden Joe Caputo (Nick Sandow) are gripping and filled with exemplary writing all around. Joe is an idealist and is trying to fight for the good in this world while Tasha starts to realize that her skin color is ultimately all anyone is ever going to see of her.

There is also the double whammy that one of Tasha’s old friends, Tamika Ward (Susan Heyward), is a CO at Max and is in the care of Tasha. The examination of how luck plays a big role in where we end up in life is interesting, but it also makes for some incredible shots during a flashback that illustrates the divide between the two characters without words. Their struggles seem them reconcile a bit before Tasha gives an interview that drives a wedge between the two. It reminds me of Disney’s The Fox and the Hound and carries the same gut punch when you realize these people can never regain that friendship. 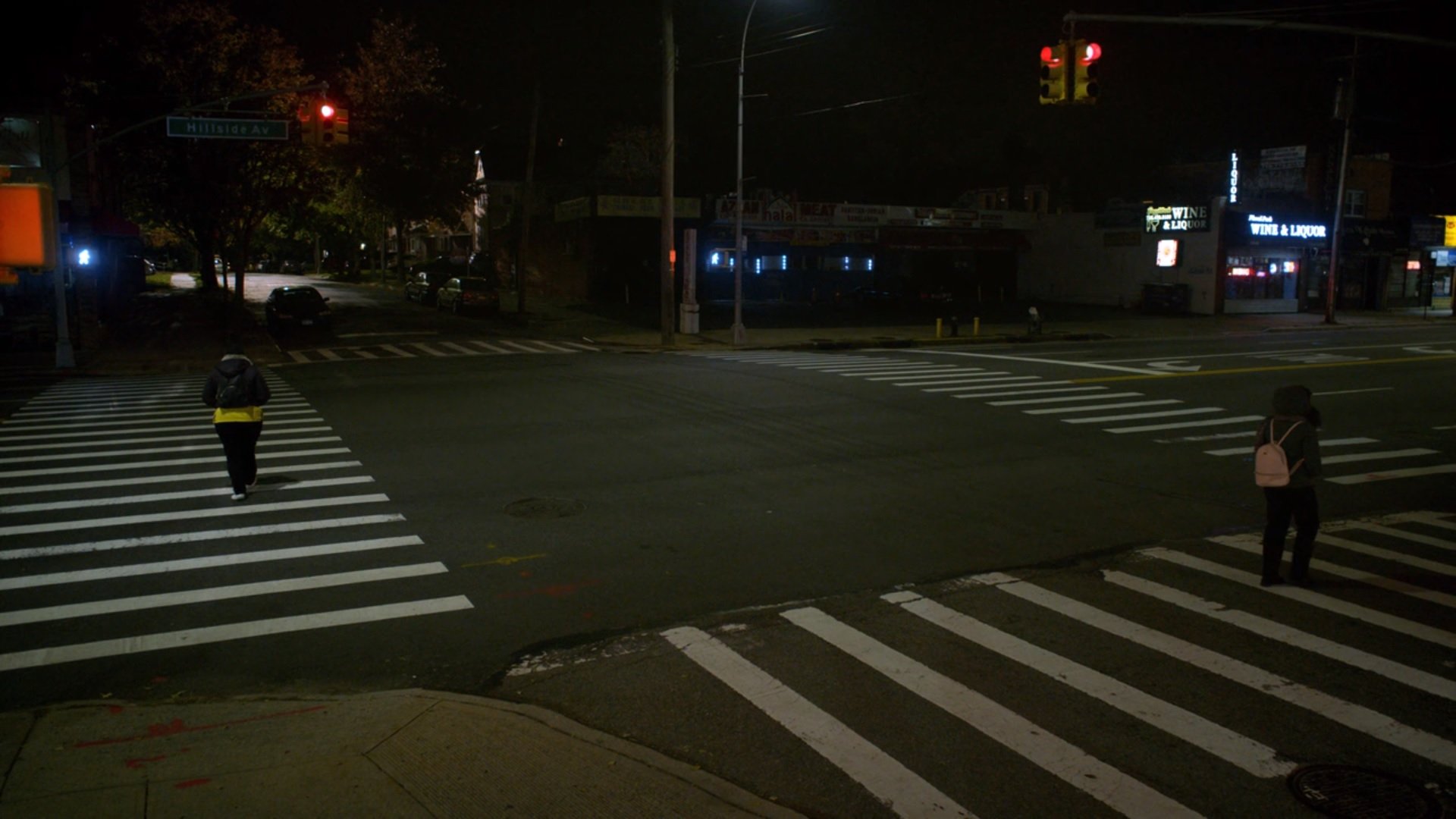 Ever since Season Four, Tasha has been the face of this show and it’s so saddening to see entire episodes of Season Six not even include her. Danielle Brooks displays a wide range of emotions from hope, to fear, to misery and sadness and just watching his poor woman get tossed aside by a prison system that would rather rank inmates by number is harrowing. Why more time wasn’t dedicated to her story is beyond me, because I can’t say I even remember half of the crap I watched in the moments between Tasha’s appearances.

Even as I’m writing this review out, I’m struggling to remember specific moments since they ultimately lead nowhere. This can be seen especially with Tiffany Doggett (Taryn Manning). The show is still flirting with the idea that her rapist, CO Coates (James McMenamin), is actually her lover but is doing nothing to get to the root of that problem. Maybe Tiffany has Stockholm syndrome, but nowhere does the show condemn him for his actions or stop and point out how unethical and disgusting the situation is. Tiffany’s rape was handled with extreme care, but the continuation of Coates’ character as a figure of forgiveness is just wrong.

But even if I were to forgive him and his actions (or the thoughtless inclusion of him in any further seasons), the storyline fizzles out. Tiffany escaped Litchfield at the end of Season Five and is on the run for two episodes of Six. She pals around with Coates and CO Dixon (Mike Houston), but we just get some sad road trip subplot that ends with a few guys calling them gay and Dixon punching them. Then Tiffany turns herself in after leaving Coates in the forest. What was the whole point of that? 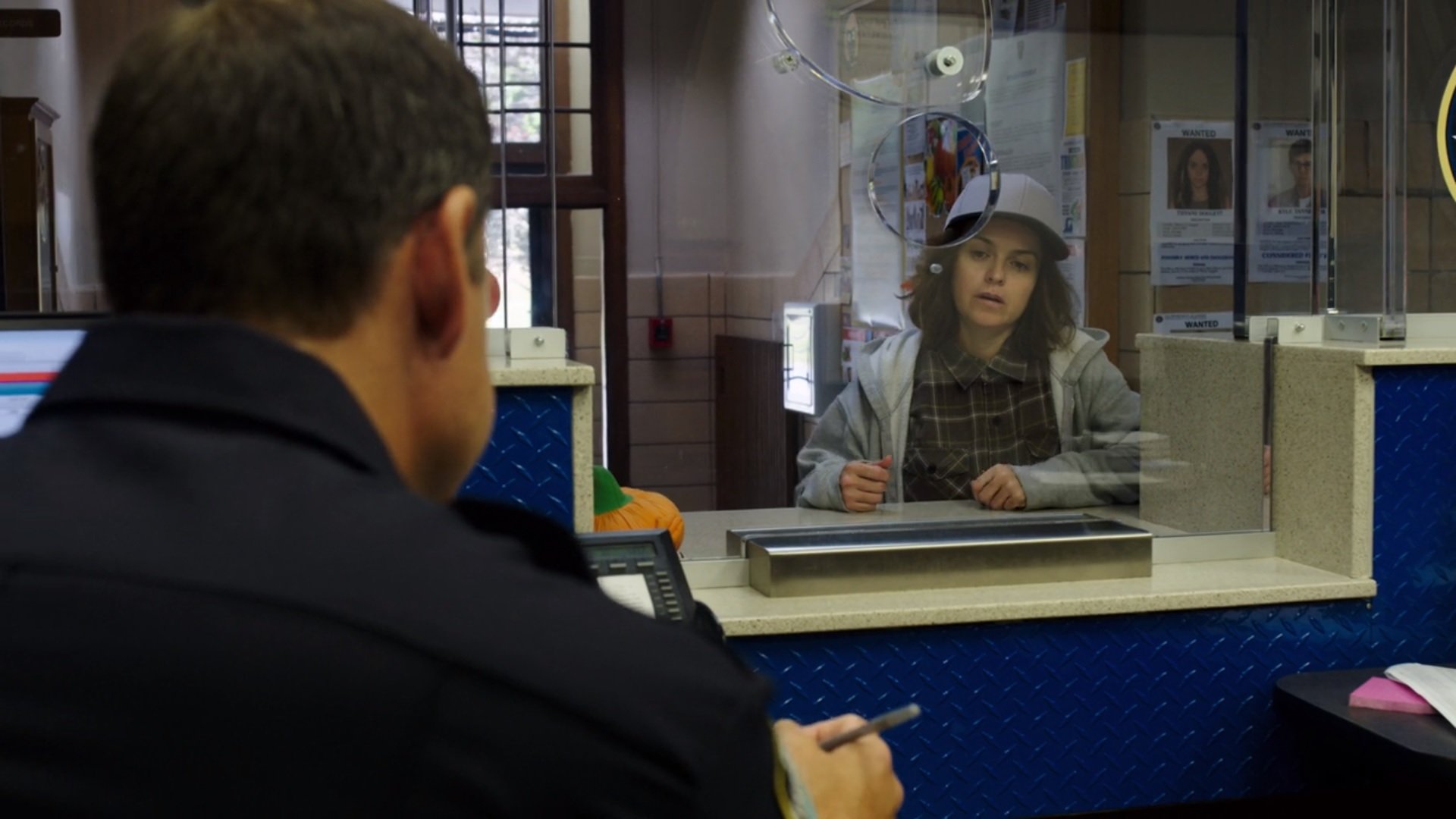 In fact, any of the officers from the riot that make return appearances is just handled poorly. CO McCullough (Emily Tarver) is brought into this season with a clear case of PTSD, but then that gets dropped for six episodes as she doesn’t make another appearance until the latter half. When we do finally catch up to her, she has a small freak-out that results in her burning herself in an act of self-flagellation. While understandable, we aren’t given enough time to understand the scope of her disorder and it feels like the situation comes out of left field.

This can be felt even more so with the two main antagonists of Season Six, Barbara and Carol. I’m very partial to having a slow burn with a villain’s backstory, but with only 13 episodes for the season, the fact that it takes eight to even get a full scene with either of these women is crazy. When we finally do, we get some thinly connected backstory about how they ended up in prison and are then supposed to accept that they are the top dogs of their respective cell blocks. We spend more time looking at their pasts than their presents and it doesn’t make for a particularly effective confrontation when the finale does come around.

That can even be applied to Badison, whose backstory is so far removed from the plot of its episode that I’m still questioning what the purpose was for including it. This is a woman that abused her family and friends because of her low self-esteem, but that has nothing to do with why she is still a psychotic monster. Maybe she clings to Carol because she doesn’t believe in herself, but it seems more likely that the writers can’t let go of the backstory crutches they’ve fallen on over the years. 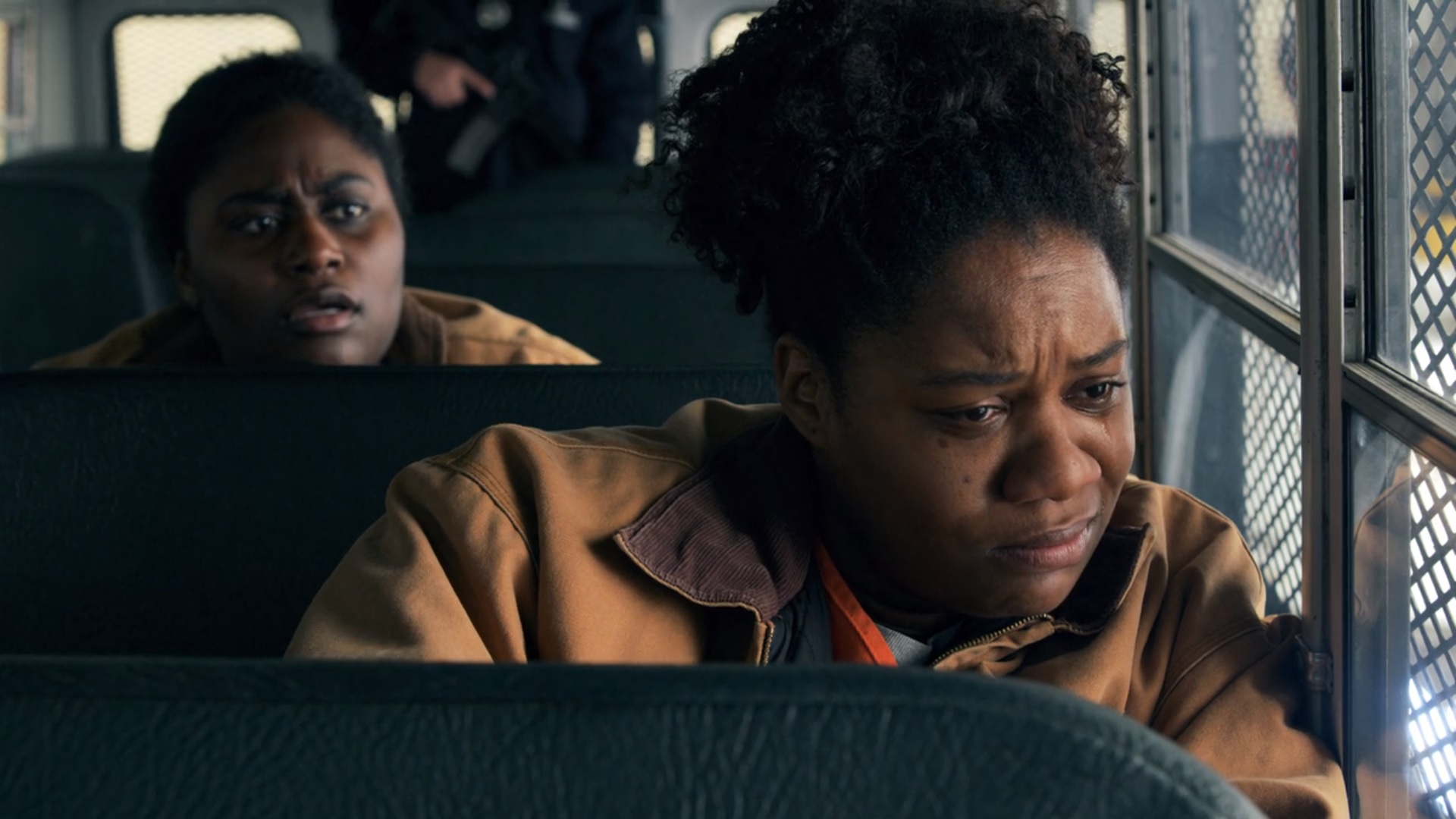 Cindy’s added background also does nothing to enlighten the situation she finds herself in. We already knew from Season Two that Cindy birthed a child she then considered a sister to avoid caring for her but learning the why doesn’t give insight into Cindy’s current actions. It just makes me question the point of the drama in this season since Cindy revealing she has information on the cover-up happening at MCC could have saved her and Tasha from trouble. Cindy is smart enough to know that, but it takes her 12 episodes to realize it.

Moments like that make me realize I’m watching a popular television series instead of entertainment with a message. Maybe this is more a personal thing, but I like it when shows stick to a concise story and get their point across without getting distracted. Instead of having Piper suck up screen time or dedicating entire episodes to barely present villains, why not just cut the crap and focus on Tasha? Her plight is enough to carry an entire series, let alone just one season.

I’m also just dumbfounded at how Tasha’s storyline was resolved. To clarify, it isn’t the outcome that shocks me, but that the cliffhanger ending for this season wasn’t restrained to the courtroom. Everything has to be explained on Orange is the New Black because I guess we’re too dumb to connect the dots. 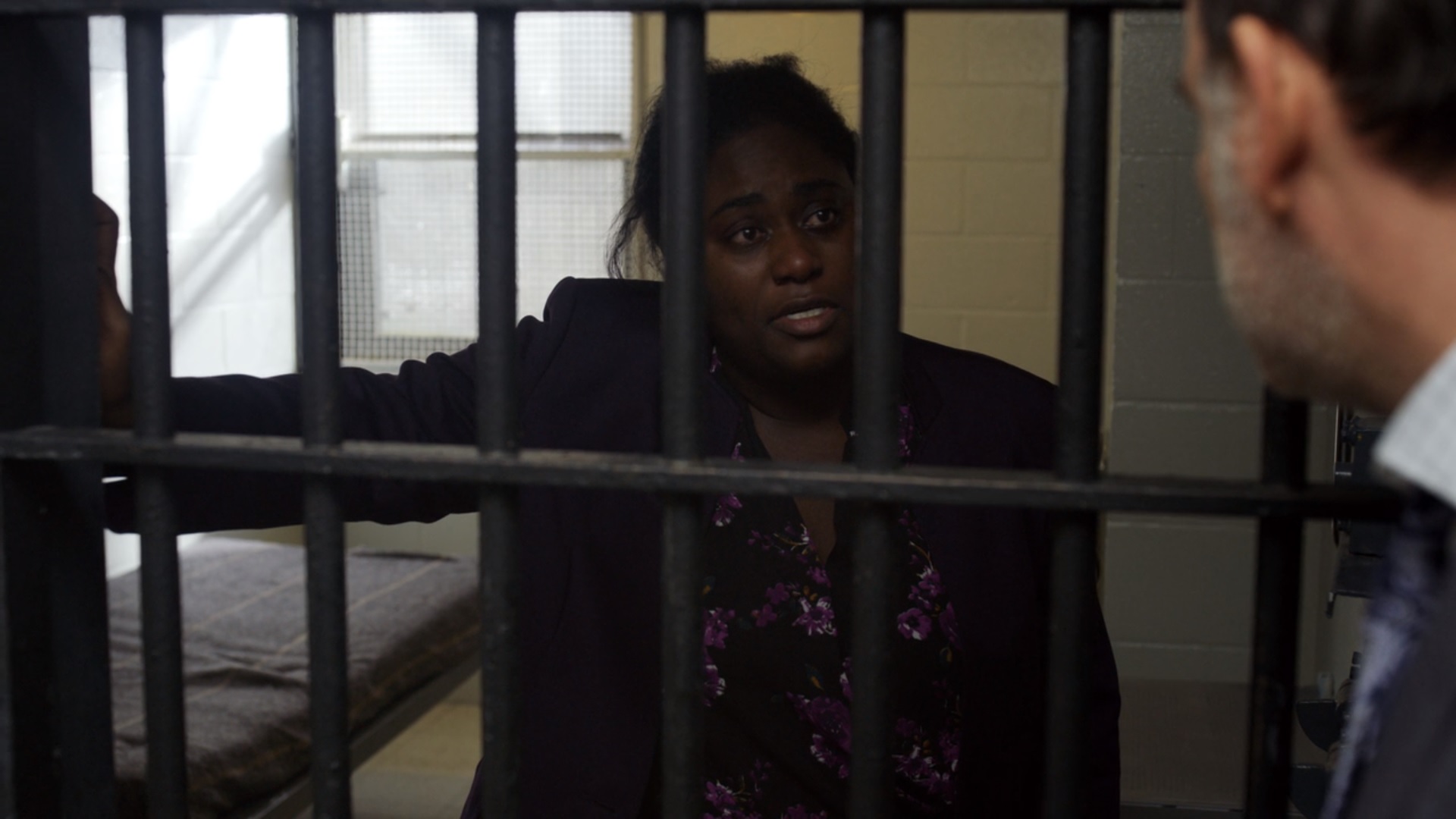 At the end of it all, we’re left with a season that started with such promise and completely squanders it. The final moments do hint at a Season Seven that might finally shift the focus away from Piper, but I’m not going to hold my breath. If I did, I’d be dead before any of the impactful scenes actually occurred.