You took the box! Let’s see what’s in the box!

Augmented Reality games tend to be very hit or miss, with the majority falling squarely in the “miss” category. Either they don’t quite fit well within the reality setting, or they don’t do enough to capture your attention to keep you playing for very long — and all of them seem to have issues with their core gameplay design of augmenting your reality.

Open Me!, however, hopes to eschew those hindrances with a unique take on the AR theme, while offering some truly challenging puzzles. Be warned though: playing this game can end up being more of a workout than you bargained for. 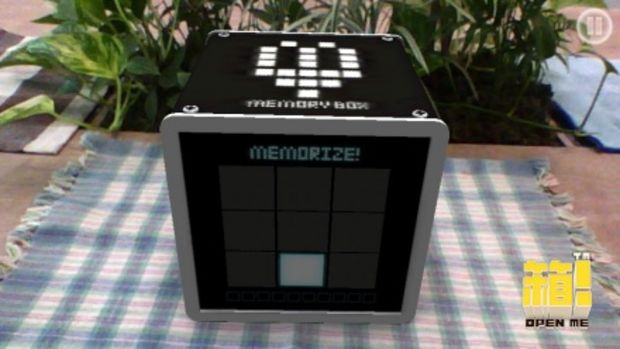 Do you still have those laminated AR cards that came with your Vita? Well, brush the dust off, because you finally have a worthwhile reason to use them. If not, Open Me! doesn’t really need one, as any flat surface with a discernible pattern on it will work, but it’s infinitely easier to play if an AR card is present.

Basically, the game uses the Vita’s camera to drop a box onto whatever surface the AR card is sitting on, and you use the touchscreen to interact with it — pulling, poking, and swiping at the box until it opens. The Vita’s camera basically acts as a magnifying glass, allowing you to observe the box from just about every angle and move in close for inspection to discern how exactly each device opens.

It’s a simple premise, and one that works surprisingly well. The variety of puzzle boxes is fantastic, utilizing multiple locks, switches, even a camera that as it watches you, turns the box to prevent you from seeing behind it. Figuring out each puzzle in the quickest amount of time to open the box nets you a higher score and ranking on the leaderboards. Each box is unique and while the game won’t win any awards for graphics, no two boxes are the same and each one is more complex than the last.

That said, this is not a title you will simply sit and play. You almost have to get up and move around the box to see every angle, every possibility, and while it may not be the most relaxing title — or one you could play on the bus or toilet — it certainly gets the immersion down because of it. However, because you move so much, this increases the chances that the Vita’s camera won’t always see the AR card.

If it moves out of range, the box disappears off the screen, and the game takes a moment to readjust once you get the card back in frame. It takes even longer if you’re not using an AR card, as it uses about 40 separate points on the pattern in frame to keep the box firmly in “reality”. 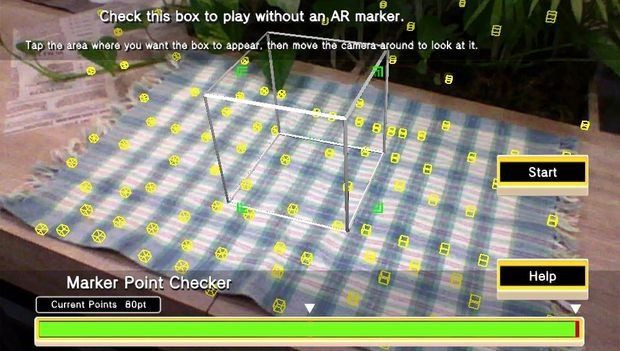 Despite this minor flaw, however, the puzzles themselves are what kept me playing. Admittedly, augmented reality games are a bit of a novelty, and that novelty can wear thin relatively quickly. In Open Me!, however, each puzzle is fresh, making the whole experience one surprise after another. Some boxes required multiple buttons to be pressed at the same time, switches that must be flipped in a certain order, even finger slicing blades that block you from hitting keys all require you to, if you’ll pardon the obvious pun, think outside the box.

There are 12 packs of puzzles, with four boxes in each pack. Buying the full game gets you all 48 different boxes, but there’s also the option to download the demo for free which gives you the tutorial level, with the option to buy each puzzle pack separately for 99 cents each. There’s a multiplayer option too, where two players solve a puzzle box co-operatively, but clearly, this only works in ad hoc with the players in the same room. 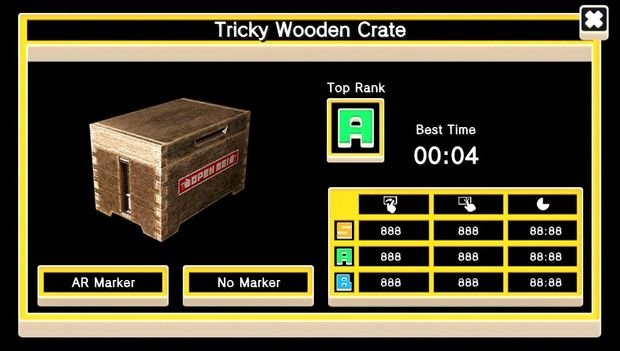 Every box you solve earns you XP, which in turn can be used to obtain complex parts to devise your own boxes. Creating your own challenge box is fairly straight forward, and you can share them online with other players. Earn enough XP to create more complex boxes and climb the leaderboards with your insane, mind-numbing creations, or solve the crazy contraptions that others have made for even more XP. Eventually, there will be even more puzzle packs released as well.

Open Me! was a surprise. Most augmented reality games are fun for a few minutes, but after the initial novelty wears off you may not pick it up again. Here, despite the occasional odd angle I had to maneuver myself into (all while my wife laughed at me as I circled a seemingly empty table) I found I couldn’t put the game down, as I tried to beat my time and unlock more boxes. It’s simple, yet challenging, and although it seems low-tech, it actually gives you some rather high-tech contraptions to overcome. It’s not just one of the best AR games available, but one of the most fun, challenging, and satisfying puzzle titles on the Vita in general.