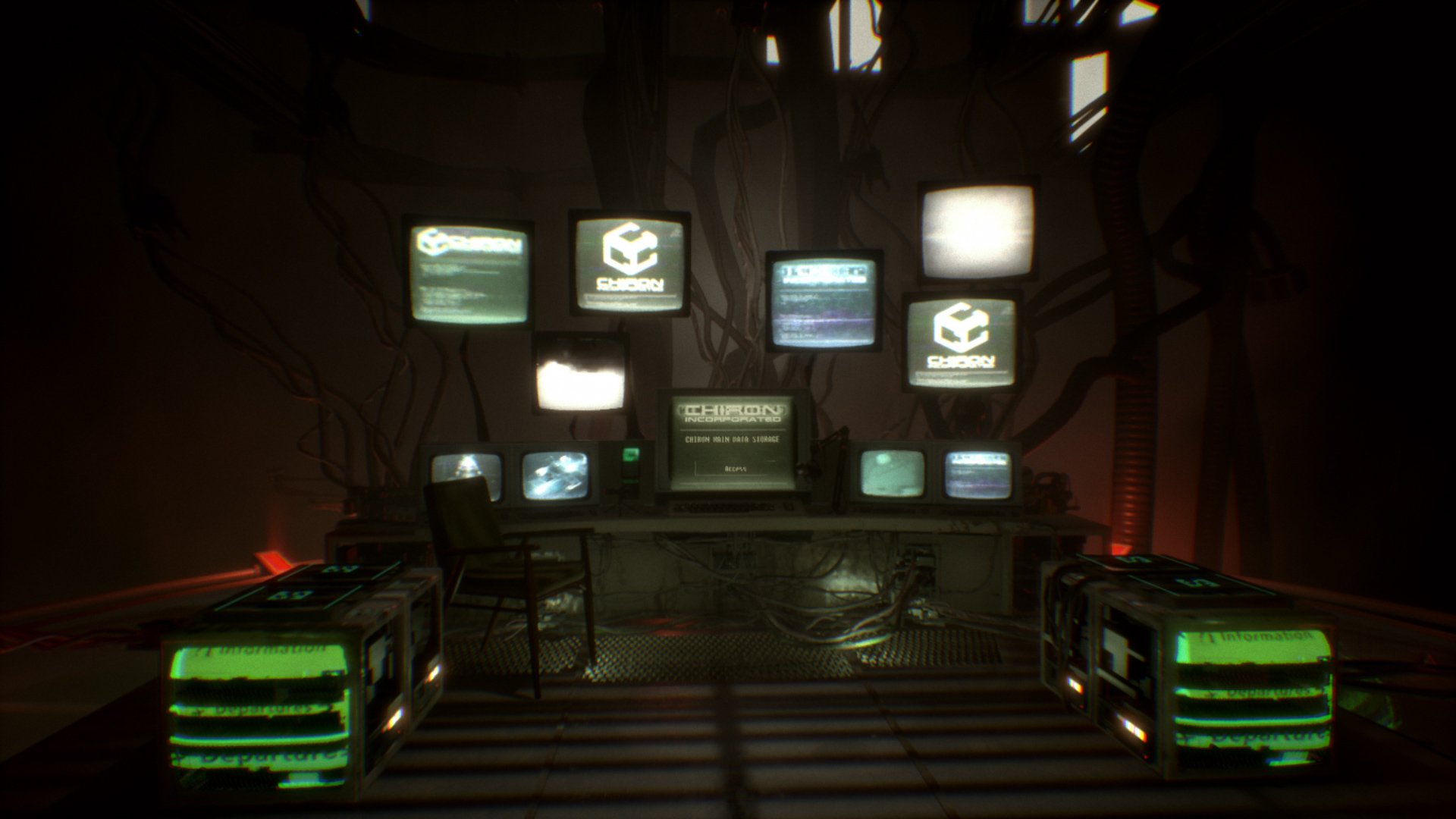 Polish studio Bloober Team has a knack for making things come alive that aren’t supposed to. In Layers of Fear, paintings distort in front of you. In Observer, digital advertisements do the same, and eventually, so do the environments themselves. That’s what happens when you find yourself somewhere in between perception and reality.

Observer takes a stack of pages from George Orwell’s 1984 and Ridley Scott’s Blade Runner, but it never feels derivative. Instead, it’s a wholly engaging look at the choices we make, how and why we make them, and the consequences they bring. Those concepts are packaged together nicely with a gritty cyberpunk setting and enough body horror to have me feeling just a tad bit sick a couple of times. 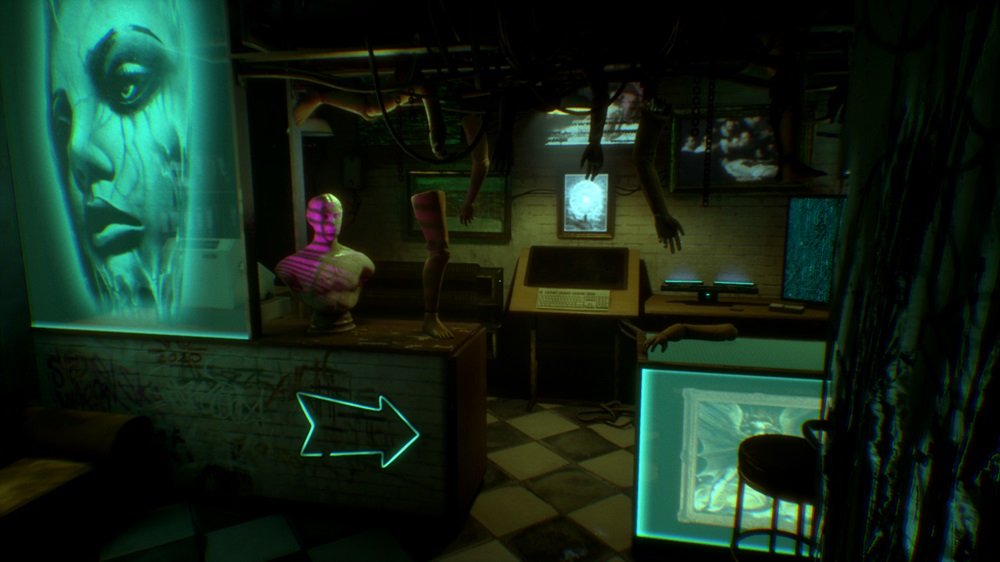 It’s 2084 in Krakow, Poland. The world has survived a digital pandemic known as the nanophage and a war that stemmed from it. People are accustomed to augmenting themselves with technology at the cost of their bodies and sometimes their sanity. You play from the first-person perspective of Daniel Lazarski, a weathered detective known as an Observer, meaning you can plug into people’s minds.

Everyone in this iteration of the future has a chip in their brain holding fragments of their thoughts and memories. You connect to those chips with a cable and then comb their brains for clues. To aid your investigation, you’re equipped with augmented vision allowing you to scan crime scenes for DNA and other evidence that, when combined with your collected brain info, will bring you closer to figuring out what happened.

The pace of Observer is a steady, exploratory stroll until about a third of the way through when it becomes a tension-laced ride. You start in an apartment building called The Stacks, where the city’s poor and discarded hunker down and try to escape the world that abandoned them. Escaping from 2084’s Krakow often means plugging into VR and living a life of unreality. 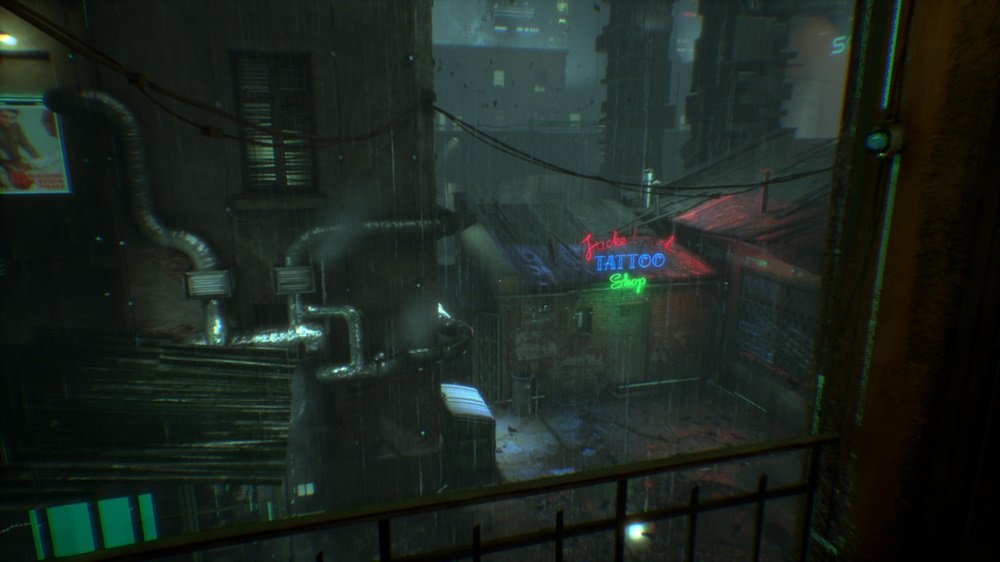 Dan’s son, Adam, made his home in The Stacks but has since gone missing. Right after entering the building, you’re inconveniently (or perhaps conveniently?) stuck in the middle of a lockdown. You have no choice but to stay and interrogate every single tenant in the building, so that’s exactly what you do. Rutger Hauer, also known as Blade Runner‘s big baddie Roy Batty, voices Dan. His gravelly voice greets every tenant you question, and while his acting falters a bit at times, it mostly fits with Dan’s tired take-no-shit attitude.

Observer‘s horror is subtle at first. It’s constantly reminding you that this world you’ve found yourself in — both the world of the game for the player and the world of The Stacks for Dan — is dirty, grimy, and more than a little disturbing. The Stacks are a winding maze of rundown apartments partially exposed to the elements, littered with trash, rainwater, and busted down walls. The residents are an eclectic bunch who waver between paranoid, helpful, delusional, and unsettling, but they all have one thing in common: outstanding voice acting.

The environments, though, are where Observer truly shines. Bloober Team has built a world I’d love to revisit. Once you get out of The Stacks and into people’s minds, the environments are like surreal nightmares that work by dream logic. You must figure out how to navigate them, and each one is characterized by the person who houses it. There’s so much detail that it was hard not to spend more than the typical eight-hour campaign just looking into every corner examining every little thing. 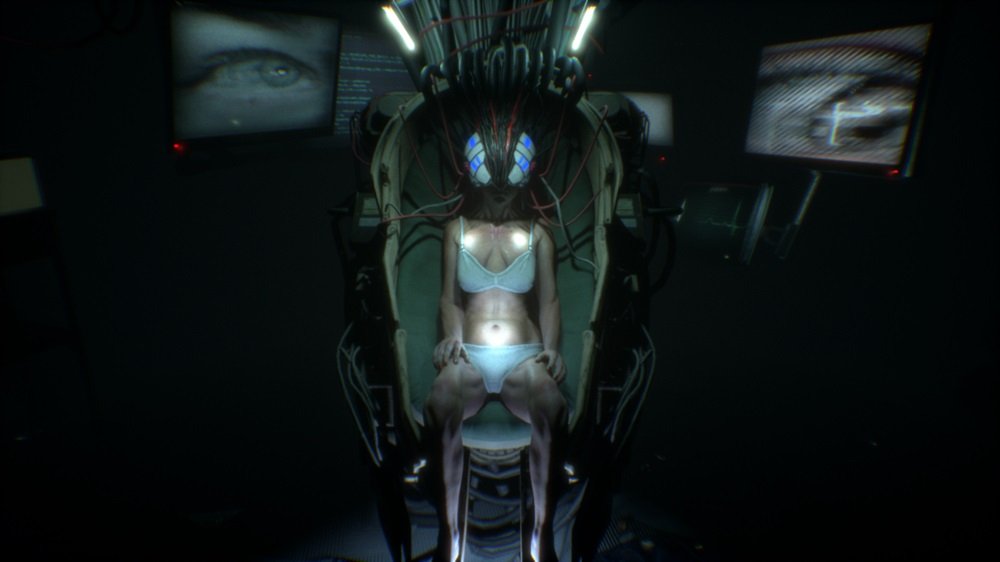 Observer plays a bit like a walking simulator as the biggest chunk of it involves exploring environments, questioning people, and picking up collectibles. Some of the collectibles require more effort to find, not just opening cabinets but also discovering secret passageways and altering the environment to access them. There are a few sequences of stealth and some puzzles involving opening doors and getting through the mazelike corridors the game relies heavily upon, adding a sense of claustrophobia to the psychological horror at play.

There’s also a recurring optional minigame. It’s a pixelated puzzler that Dan can escape from his bleak surroundings to play, offering a nice little parallel to the theme of escape within The Stacks. Putting a game within a game is guaranteed to get extra points from me, especially if it’s as good as this one is.

As you progress, you’ll notice your vision getting a little fuzzy. Dan becomes strained by the mental stress of using augmentations, and you’ll have to inject a drug called synchrozine to correct it. This mechanic is reflective of another one of Observer‘s themes — rampant drug use as a result of augmentation. The neural effect it has on some people is too much for them to bear, and their escape comes not from VR but from the drugs they take to nullify the stress. 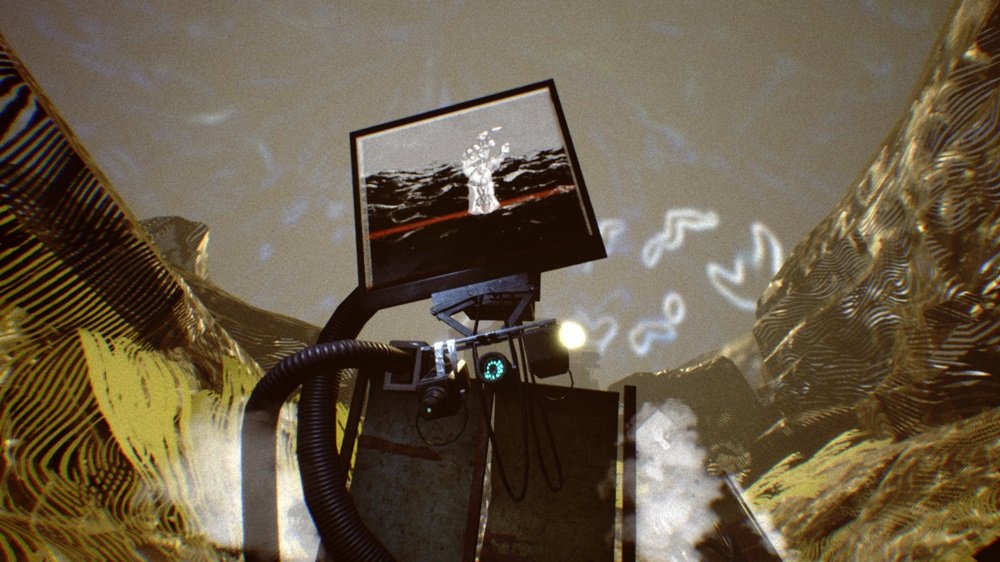 I have some nitpicky grumbles about the dialogue options on the PC. The text is weirdly offset, requiring you to move the camera to select it. It’s made worse by the tiny reticule getting lost in the background, but luckily the space bar can also be used to select, so I found myself using a combination of it and the reticule as I moved the camera around. The whole process felt unnecessarily clunky just to be able to talk to someone.

My other complaint is that Bloober Team relied a bit too much on cheap jump scares in Layers of Fear, and they’ve done that again in the second half of Observer. That said, they managed to balance them with enough genuine psychological horror that they don’t take away too much from the overall experience.

The story is a family affair. Your priority is finding out what happened to your son, and as you might expect, there’s more to it than first appearances provide. It becomes more unsettling the further you get, showing not only the ways the psyche can break when dealing with things like guilt and grief, but also delving deeply into body horror, to the point where the environments reflect it with H. R. Giger imagery, exposed wiring, and literal viscera seeping through the walls. 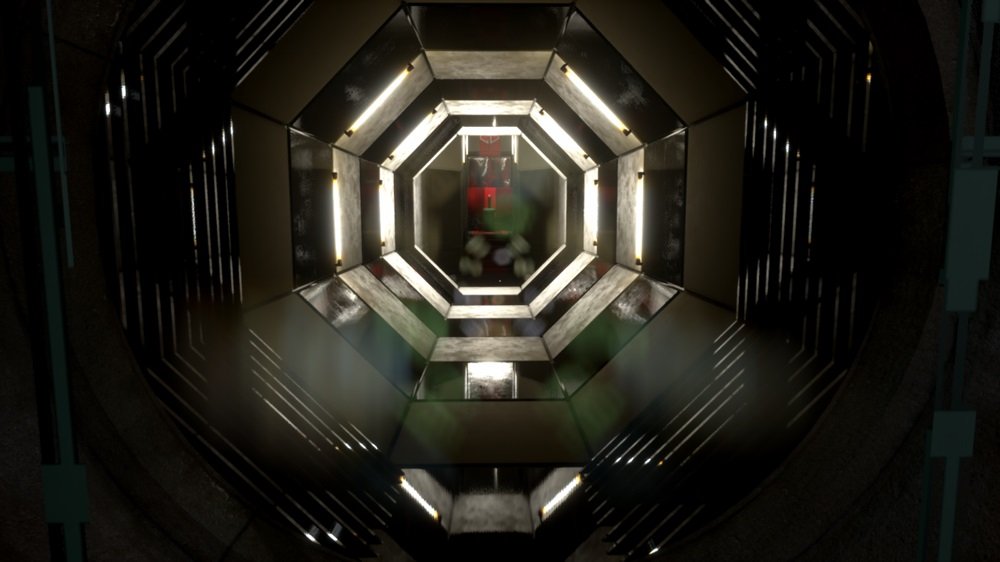 Observer feels like Blade Runner with its slick rain, neon lights, and of course Rutger Hauer himself. It feels Orwellian with its big brother surveillance and targeted advertising to the extreme. It feels like I Have No Mouth and I Must Scream with its body horror and, yes, PT with its corridors. Mostly, though, Observer feels fresh. It takes inspiration from the same things that practically all sci-fi horror does, but it creates something entirely original outside of those influences.

I haven’t seen a world this interesting in horror for a while. I apparently took 62 screenshots while playing, and that goes to show how much there is to take in. A few minor technical flaws keep me from giving it a perfect score, but Observer is one of my favorite games in a year that has much to offer.