I’d say I’m not biased one way or another, but I’d be lying: I had to delete Team Fortress 2 from my hard drive in order to make room for Nuclear Dawn. It’s a fitting trade-off, since they are both team-based first-person shooters that put an emphasis on strategy. Though, that would be selling Nuclear Dawn short — not that developer InterWave Studios haven’t already done that by attaching such a generic name to its retail debut.

Team Fortress 2 often feels like a Tower Defense Game: You set up turrets, get in position, and keep the opposing team from reaching your base. Nuclear Dawn, on the hand, is based on the foundations of a Real-Time Strategy game. A single commander decides the fate of an entire team by strategically placing turrets and other structures on a large, open map. It’s an ambitious concept. Although a few others before Nuclear Dawn have attempted an RTS-FPS hybrid, InterWave have revitalized the format of team-based gaming without sacrificing the smooth controls and gun-play players demand in a post-Modern Warfare world.

There are few genres that haven’t been Frankensteined together, at this point, especially in regards to First-Person Shooters. This year alone we have seen FPS games spliced with elements of arcade shooters, Tower Defense Games, and even Tony Hawk Pro Skater. So, it’s almost surprising that more developers haven’t built upon the FPS/RTS-framework that Natural Selection and Battlefield 2 created years ago. With Savage 2 being criminally overlooked (despite going free-to-play) and Battlefield 3 doing away with the commander feature, it’s great to see a relatively new developer InterWave Studios (known for Half-Life 2 mod Insurgency) bold enough to attempt the format.

If you’ve played a Battlefield or Team Fortress game, you’ll feel comfortable jumping into Nuclear Dawn as a foot soldier. You kill the enemy team, take resource points, and try your hardest to destroy their base. The difference in Nuclear Dawn is that the base and maps are a bit more elaborate. Bases have all the typical buildings you’d expect to find in an RTS: armory, headquarters and building to spawn troops. A match ends when a team destroys the opposing team’s Command Bunker, which houses the team’s commander. 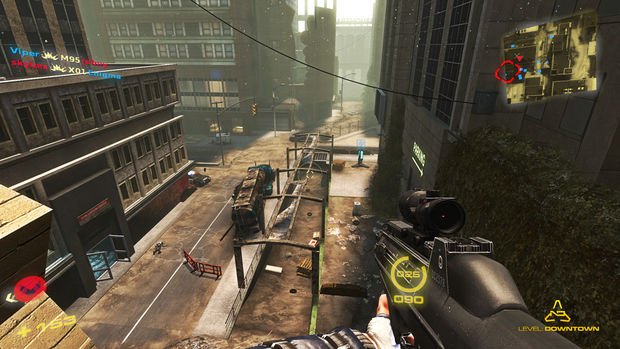 Much like Natural Selection, a match will depend primarily on the strength of the commander. At the beginning of a match, each player can volunteer to be in charge of building and orders. Unlike Battlefield 2, priority is not given to the highest ranked player. Instead, Nuclear Dawn uses a lottery system. Once elected, the commander will spawn and move into the Command Bunker. Once logged into the building’s computer, he will have the ability to create buildings, send orders to the team’s squads, and, most importantly, expand the team’s powerline.

In order to create turrets and ammo/health supply stations, a commander must make a telephone line-like chain of Relay Towers. Since you can only build within their radius, it’s important to build them as far out as you can. Most matches will end with a team building its Relay-chain into the other team’s base, setting up turrets within spawn points. Sure, it sucks when you spawn to a wall of chaingun and rocket turrets, but it’s incredibly gratifying to be on the other side. 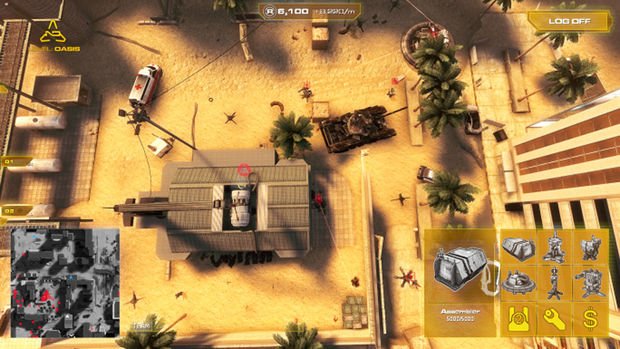 The quality of a Nuclear Dawn match is always dependant on the strength of the commander. If you have a level 60 (max level) veteran at the helm, you’ll have an incredible team experience unlike anything else. When there is good communication between teammates and the commander, the game realizes its true potential and becomes an organic RTS-like experience. Instead of clicking on A.I. units that say stalk phrases, you’ll be relying on human players who have unpredictable responses. On the other hand, a newbie for a commander can be incredibly frustrating. You can vote on mutiny after a couple minutes into a match, but it’s always too late. This all being said, an incompetent team can also limit a commander’s ability since nothing can be done without resources.

It’s unfortunate that InterWave hasn’t implemented a rating system like the one found in Savage 2. Sometimes you’ll get a commander with unbelievable capabilities who you want to give 5-stars, while other times you’ll have a clown in control that you wish to give 1-star. Without a proper rating system, finding a good commander will always be a crapshoot. 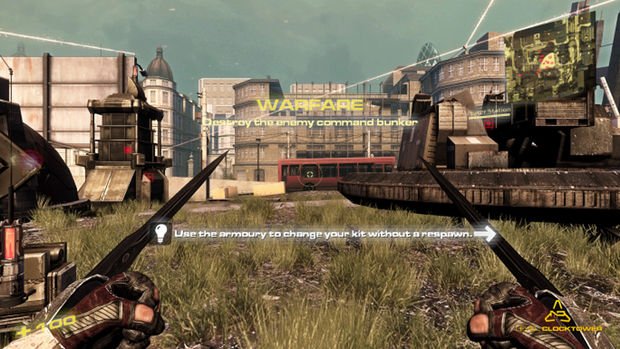 Right now, new players are joining the game and learning the role of commander the hard way. Personally, I thought every commander was crap until I took the role for myself and realized how difficult it can be. Once I did that, I stopped applying to be commander and left the role open for those more suited. I expect this will become more common in time, leaving room for newbies to grow into experts or stay on the battlefield. Like Savage 2, I imagine the community will rebuild itself and mature. Even during the limited time I’ve been playing (a week), I’ve seen players improve a lot at both commanding and playing on the field.

Thankfully, the battle to be fought on the ground can be fun even when matches become hopeless. The game has a very well balanced class-based system that mirrors the one in Team Fortress 2. You have the heavy with a chaingun, spy that can one-hit kill, medic, and so on. All the weapons feel great and all the abilities are essential to smart play. 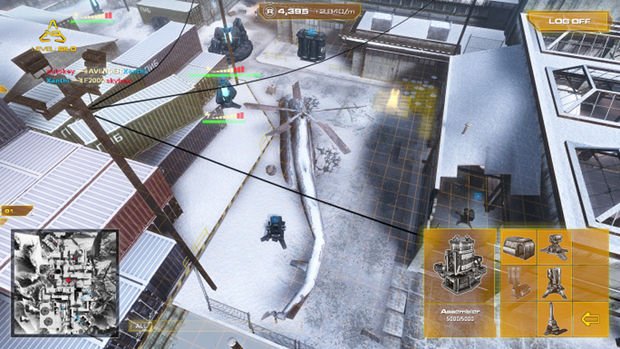 Is there a distant resource point you want to capture? Play as an Assassin who has great speed and an awesome Crysis-like cloak ability. Are enemy turrets keeping you from progressing? Throw an Engineer’s EMP grenade. To really do some damage, however, you’ll need your commander to make tech upgrades back at your team’s base. Once research is done, you can play as a heavy siege class and a soldier with a powerful grenade launcher. Without these unlocked, it’s hard to compete for resource points later in a match. 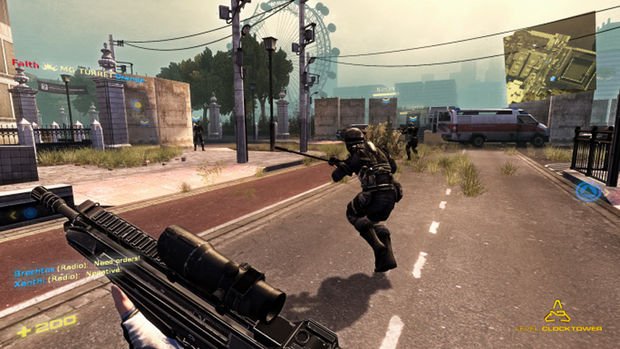 As of this review, it seems 99-percent of matches are won by holding it. I have played the game 10+ hours and haven’t seen a single match won by dominating ALL of the other resources. It’s frustrating. If the primary resources were designed to give less materials, we’d be seeing a lot more interesting matches and strategies at play. Right now, the most interesting matches are the ones where the primary resource is contested until a matches’ end (a very rare scenario).

Along with Left 4 Dead 2 and Portal 2, Nuclear Dawn proves that the Source engine isn’t outdated just yet. The tech may not compare to Battlefield 3, but the character design, detailed levels, and scale is impressive. I can’t think of another Source engine that has as many explosions and buildings on screen at one time. The scale of the game is much smaller than Battlefield, but much more expansive than Natural Selection. It reaches a happy medium between the two, but the best maps are the smallest. Perhaps the addition of vehicles will change this in time. 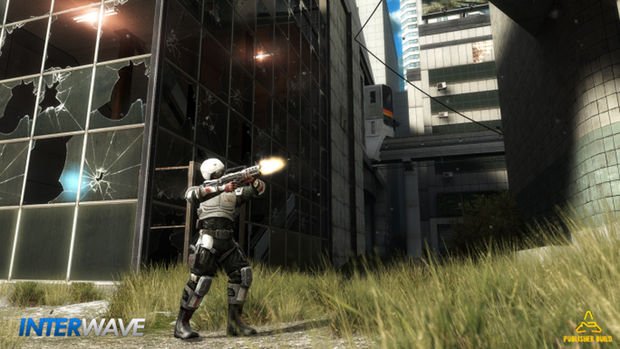 Although the game is no longer in beta, players should approach the game as if that isn’t the case. With only six maps and many features left to be implemented in the future (vehicles, more weapons, secondary resource points that grant special abilities), Nuclear Dawn feels pretty bare in its present state. That being said, I am not reviewing the game based on what it can be. I am rating the game based on what it currently is — and it’s pretty freaking cool. Once you get past the steep learning curve, play (read: screw up) one game in the commander seat, and learn the maps, you’ll have a great time with Nuclear Dawn. It’s a refreshing, unique experience that exists as an excellent alternative to all the other team-based FPSs that seem to blend together.

When you have two pro-commanders outsmarting each other along with two teams putting on constant pressure, Nuclear Dawn blossoms into an exhilarating mulitplayer experience. Right now, it’s rare to see this happens. With improved communication tools — instead of relying on voice chat, give commanders icons and options that can convey their orders (visualize “I need three Engineers at this spot”) — a rating system for commanders, and balanced resource points, Nuclear Dawn can become a online favorite that could survive for years. 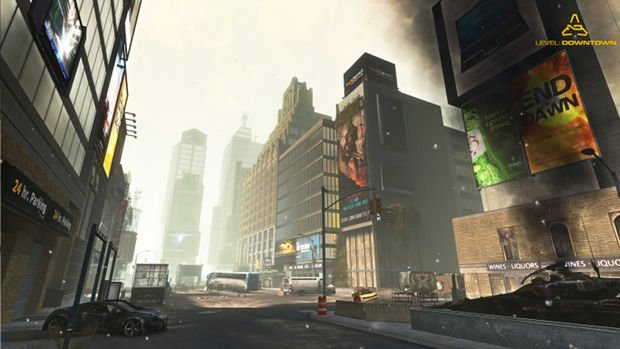 My biggest concern is the player-base. Right now, the game’s forums are dead and new players seem to only be trickling in. The best matches involving the most complex strategies will undoubtedly be clan games, but Nuclear Dawn is fun even when approached casually. You even get all the xp, unlockable perks, and other stuff you expect from modern shooters, except here they don’t get in the way of the core game.

If InterWave manage to grow alongside the community, Nuclear Dawn could become the most important FPS game to arrive in a long time. Right now, it’s a welcome replacement for Team Fortress 2 and stopgap until Natural Selection 2. Nothing would excite me more than to see Nuclear Dawn grow and mature into something more. Even in its current, less-than-ideal state, I can say I haven’t had this much fun with a FPS in some time. [8.0]