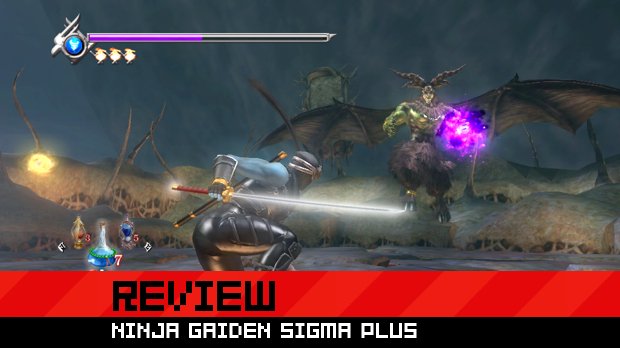 You’ve probably played this game. Any well-versed gamer should have played Ninja Gaiden in some form at least once before. It was a big deal on the original Xbox as it marked the return of the classic Ninja Gaiden. Later we saw re-releases as Ninja Gaiden Black and Ninja Gaiden Sigma, and this latest version tweaks the formula just a bit more for the PlayStation Vita. It’s still that massive action-packed slashfest with the wonky camera, but now it is portable and has touchscreen controls.

Sure, let’s do this again. 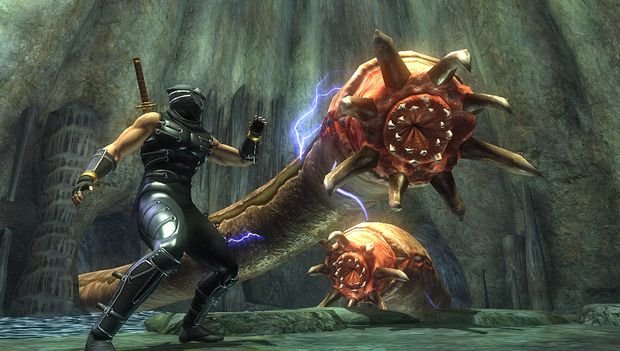 Despite its problems I loved Ninja Gaiden Sigma. Even though it has aged a few years it’s still one of the best action games I’ve ever played. At its core, Vita re-release Ninja Gaiden Sigma Plus is the exact same game. It features the same control, same difficulty, same crap camera, and the same visuals. There’s no additional content, control tweaks, or visual adjustments to the core gameplay, which means that this classic remains untouched. At its core.

Here’s the verdict on the core gameplay: it’s old but it still feels good. It has been awhile, but it was mostly a pleasure to play this game again with its focus on quick action and proper blocking technique. It’s run, slash, cover your ass through seemingly endless waves of fellow ninja until you meet some of the meanest level-end action game bosses ever — just like old times. The look is slightly dated now, especially when compared to the non-port Vita launch titles. That said, even with its lower resolution textures and lower polygon counts it manages to look respectable with its soft bloom and nice framerate, and the Vita’s gorgeous OLED screen does not hurt. 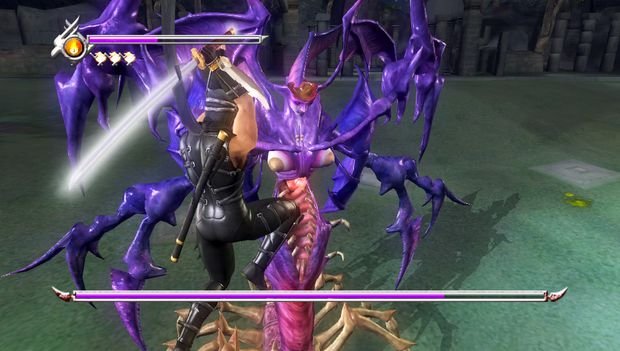 Oh, but that camera. I still hate the low default placement of the game’s camera and how I feel like I always have to readjust it. The terrible automatic tracking of the camera is now legendary with its tendency to leave you with your tight ninja pants down as it sometimes favors the scenery or the ground over attacking enemies. There are some great YouTube videos out there of Ninja Gaiden Sigma that show boss battles where you can’t even see the boss, and I was able to revisit these instances with Sigma Plus. So, if you hated Sigma’s camera, know that the camera has not changed at all in this update. At least the Vita’s nifty analog sticks let you make the most of it.

Of course, the Plus part of the name means that they’ve added a bit to the core to make use of Vita’s alternate controls. Unfortunately, some of these options are useless. Touching the front screen lets you jump into a first-person view to look around, and the Vita’s gyro sensors let you tilt it around to move the camera. It’s not the most useable feature, but there are a few game sections where you’ll need to do a bit of searching. Unfortunately, you’ll see this mode more than you need to as the touchscreen is super sensitive to switching. The inner corners of my thumbs would just barely tap the screen while using the analog sticks, sending the game into this first-person view at the worst time. You can switch off this option if you’d like. 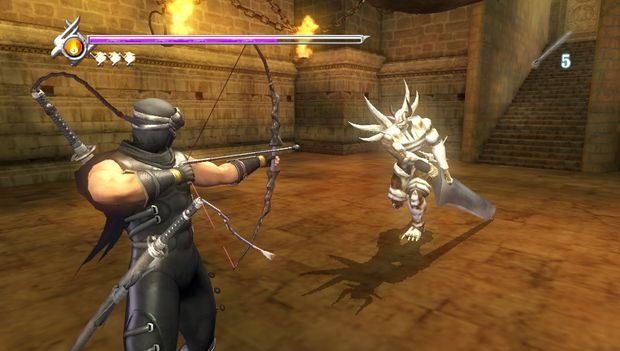 This first-person view can also be used to shoot Ryu’s bow, with a tap of the screen (or enemy) sending off an arrow. It’s a neat idea, but it’s near impossible to land a hit with the tilt, and being in first person, you’re probably being hit from behind without seeing it. Smart players will stick to the standard bow control to give them a fighting chance.

One touch feature that does not have an off switch is attached to the use of ninja magic, or Ninpo. After unleashing Ninpo, players will have to tap on the rear touchpad to hit marks that appear on the screen. Successful connections with these marks charge up Ryu’s Ninpo to increase damage. This feature works well enough, though it’s nothing to get excited about. This rear-touch input for Ninpo replaces Sigma‘s controller shaking.

One addition that new players will welcome is Hero mode, as it makes this notoriously difficult game a bit easier with some attack tweaks. While enemy waves remain untouched, Ryu will dodge and block some attacks, and during really trying spots Ninpo will be open for unlimited use. 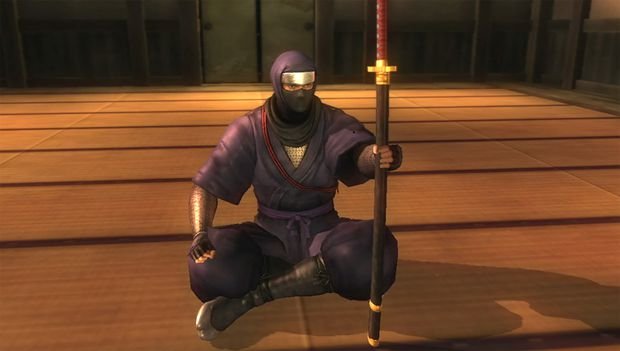 I think Team Ninja’s intent was to push even new players to try to learn proper blocking and dodging, but Hero makes the game a bit too easy. I played through a fair bit of the game in Hero mode to try it out and found myself laughing at how easy some of it was. To be fair, I’ve played this game a couple of times before, but blasting bosses to death in a minute or so with endless Ninpo isn’t even challenging. I’d advise new players to play the game on Normal difficulty. It’s a stiff challenge, but once you’re confident in blocking and dodging, and can really embrace the game’s required speed, you really will feel like a ninja, and will understand why these games have such a dedicated following.

Finally, a new Trials mode gives players ninja missions to work through. In these you’ll take on waves of enemies, bosses, and shooting challenges in bite-sized packages perfect for portable gaming. These are made of assets and situations pulled straight from the main game, so don’t expect to find anything new in this mode. Still, these trials are nice for quick gaming bouts.

Team Ninja should have skipped the touchscreen additions and worked on the save functionality instead. While I understand that some of the game’s challenges are tied to the save locations, this is a portable game, and the low frequency of save points can be frustrating for the traveling gamer. Save points are placed far away from each other and force players to backtrack, going against the typical play session that portable gamers expect. If possible, a save anywhere patch would be welcomed. 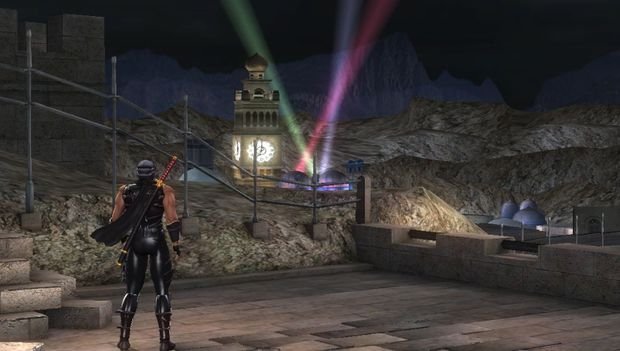 Even having played this game many times, Team Ninja’s work on it still stands up nicely. Say what you will about the camera or the silly story, but the combat in Sigma Plus is unmatched. There’s a fantastic action game under all of the name changes and feature additions that have been tacked on over the years. Aside from the non-optional rear-tap Ninpo addition, the new Vita features aren’t even worth messing with.

If you’ve never played Ninja Gaiden before and want a great game for your Vita at launch, Ninja Gaiden Sigma Plus would be a solid choice. Just take my advice and skip Hero mode. If you’ve already played Sigma or Black, you’re not missing much with this latest re-release outside of the new Trials mode.