We’ve done a few late-in-the-game reviews before in Destructoid’s history. If enough people ask, we’ll do it!

Such is the case for Nine Parchments, which actually launched in 2017 on PC, PS4 and Switch and 2018 on Xbox One. We’ve basically covered every Frozenbyte game since 2009, so why not? 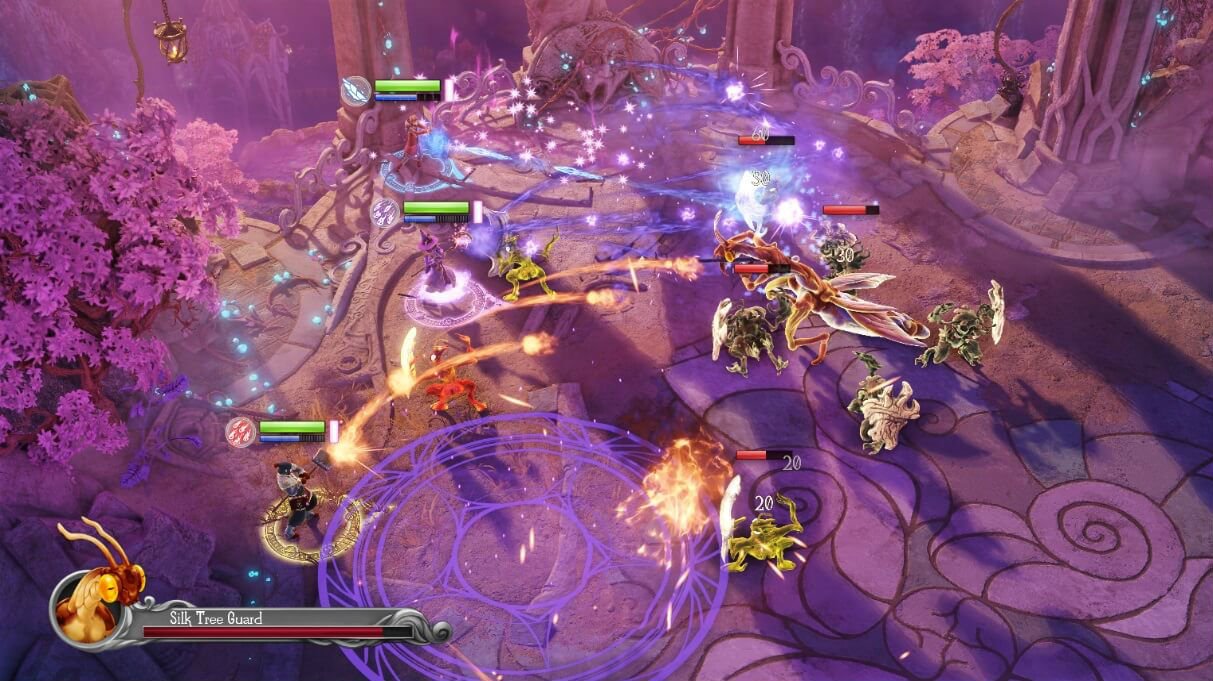 As one of the few action RPG (aRPG) joints on the Switch, I’ve had numerous requests that we cover Nine Parchments, so here we are!

Folks, it is what it says on the tin. Think Diablo meets high fantasy with light trolling friendly fire elements (a trend in the past few years where co-op participants can damage each other) and a dash of goofiness. These things are a dime a dozen on PC but rarer on consoles. The reason for that is simple: it’s a tall order to translate action RPG sensibilities to a controller and not everyone is up for the task. Frozenbyte mostly pulled it off, at least as far as the basics are concerned.

As a multiplatform project from the ground up Nine Parchments was built for controllers by way of a twin-stick setup. Throwing fireballs is a cinch with an easy-to-identify targeting beam (color-coded for each party member), as are grenade-like spells with a circular radial marker that can be pinpointed. Whether it’s a short-range blast that emanates from your fingertips or a lengthy lob, everything feels as it should. The 30FPS limitation (at 1080p docked and 720p undocked) on Switch can take a hit when there’s a ton of enemies on-screen, but for 95% of my full playthrough, it held consistently.

The whole friendly fire angle can be tweaked to avoid extreme frustration (some of the spells hit so hard that they’ll knock teammates out almost instantly) in the options menu with a 50/50 damage split between aggressor and victim. It’s especially useful for the damage over time (DoT) spells that can tick your health down in seconds.

Where Nine Parchments starts to fall apart is when it attempts to move outside of its lane as an action RPG and draw you into its mostly non-existent world. Cutscenes are scattered and feel unfinished, with sporadic voice acting (much of the quest is framed by 10-second voicework at the start of a level).

Enemy designs start to blend together and even boss fights have a tendency to reuse direct cannon-fodder analogs. There’s some attempt at world-building here with light links to the beloved Trine series, but by the time the credits rolled and the day was saved I had already forgotten anything that made Nine Parchments unique from an aesthetic standpoint. 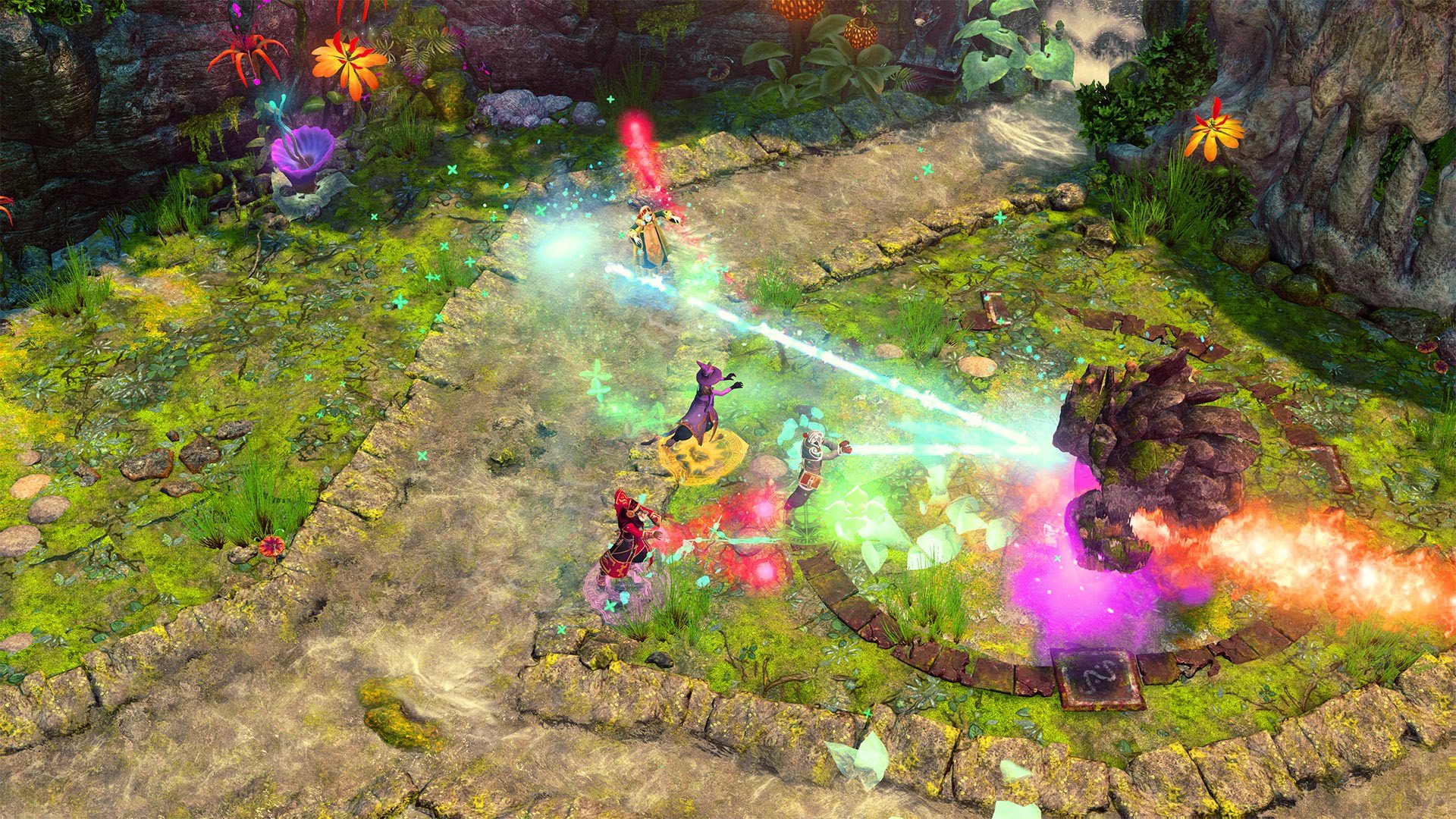 If you look at it as a mindless arcade action game, it has more merit. The way spells interact with one another is a feat all on its own, and despite the low floor, there is potential for some degree of tactical nuance. Swapping elements to take on a particularly tough pack of resistant baddies is fun on the fly, as is coordinating with your group and building your team with an array of spells.

That progression system is far from rewarding, as most of the big alterations come from the too few boss battles that grant new skills from an individual pool (with an option to randomly award yourself with a spell no one in the group took). It’s more time for group chatter and strategy, sure, but most of the time you can just pick an element you don’t have already and be done with it. Hard and hardcore modes will only call the most dedicated of players (they generally feel the same) as will all of the cosmetic hats and samey select few character/variation unlocks.

With a stronger connection to the world and a more rewarding progression system, Nine Parchments could have been more than a fleeting arcade fancy. If you can find it on sale (which it has hosted many times since launch) and can wrangle up three other people, it’s a decent party game that will fill a single afternoon.