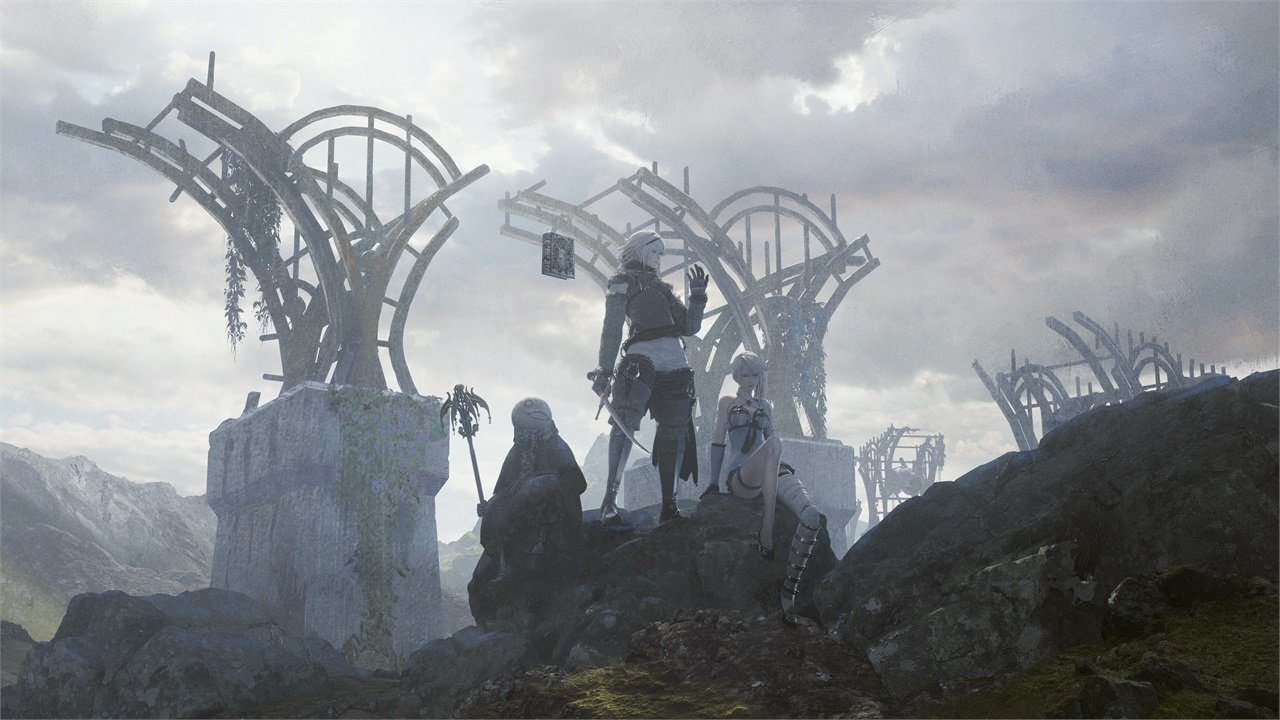 Kingdom Hearts 358/2 Days. I think about that title a lot.

It may not even be the weirdest game name. But it stuck in my mind as one of the quintessential “Square Enix” titles in recent memory.

The thing is, NieR actually earns the right to be weird. So I’ll type out NieR Replicant ver.1.22474487139… just this once! Because the game deserves that respect. 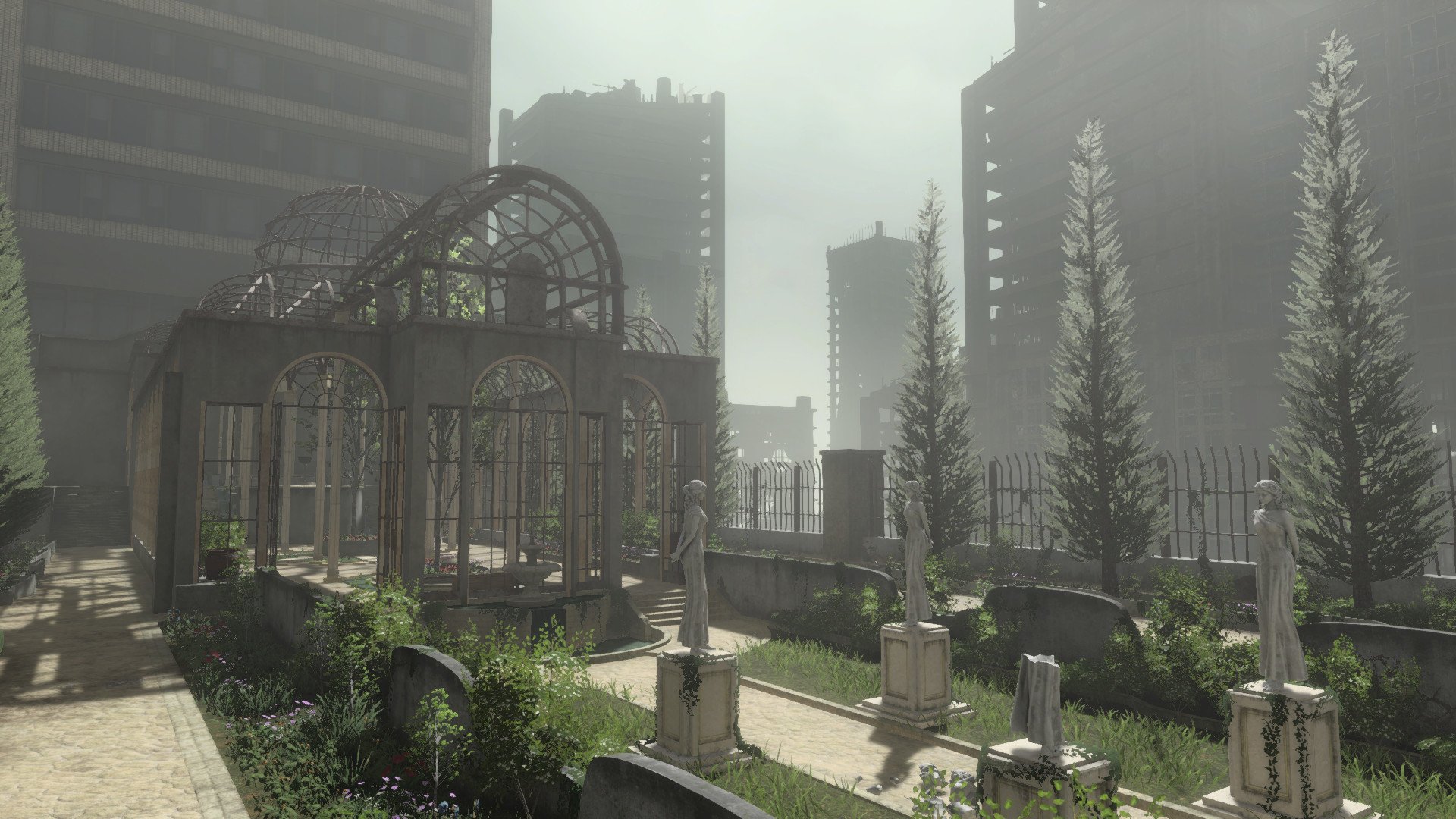 NieR Replicant (also released as NieR Gestalt, or “NieR“) probably should have had that very same respect back when it was originally released in 2010, but a degree of clunk and technical issues scared a lot of people away. Well, the time has come. (For more info on how NieR was confusingly released, check out our preview: it’s time to get on with Replicant).

Toylogic is no Platinum Games, to be sure. But they were able to rise to the occasion and lift the original framework of NieR out of the mud and into the modern era. Replicant suffered from design limitations of the time, as the (now-defunct) Cavia couldn’t really deliver an action system that would sate folks looking for that type of experience. The original NieR was more of a story-oriented affair, but now you don’t have to settle for either: you can have both.

The visuals deserve a multi-generational shoutout. The world of NieR is gorgeous, and the enhanced draw distance and modern upgrades really do it so many favors. Much like the sprawling vistas of Demon’s Souls, I found myself just admiring the scenery often in the re-release of Replicant. It’s magical in a way, especially since the world is just big enough to not feel cramped but intimate enough to warrant emotional resonance, especially with the literal homecomings throughout.

It’s a strange, strange world. You pretty much never know what you’re going to come across next, whether it’s a scary Aerie valley, a junkyard full of discarded knickknacks, or something a bit more…modern. The journey of NieR is half the fun, as you trek across the landscape and uncover just what happened to it. Without giving away anything, the context of just about every zone matters, which compounds the game’s emotional core I keep jabbering about.

So enough waxing poetic, what is NieR actually about? At its core, it focuses on a young protagonist who is trying to save his sister from a mysterious deadly disease. As time goes on he’ll meet new people, discover clues about how the world came to be in the state it’s in, and why it’s populated by antagonistic shadows. To get there, you’ll anime run, dash, dodge, swordfight, and shoot red neon bullets out of a floating grimoire.

To say much more would be wandering into spoiler territory. Sure Replicant is technically an older game, but if you haven’t experienced the Yoko Taro, mind-blown aspect of it yet, you’re better left in the dark until you can see it for yourself. It’s very much the predecessor of Automata‘s “you need to beat it multiple times to see the truth” concept, and there are a few surprises in this re-release to boot that actually can be spoiled for older fans. 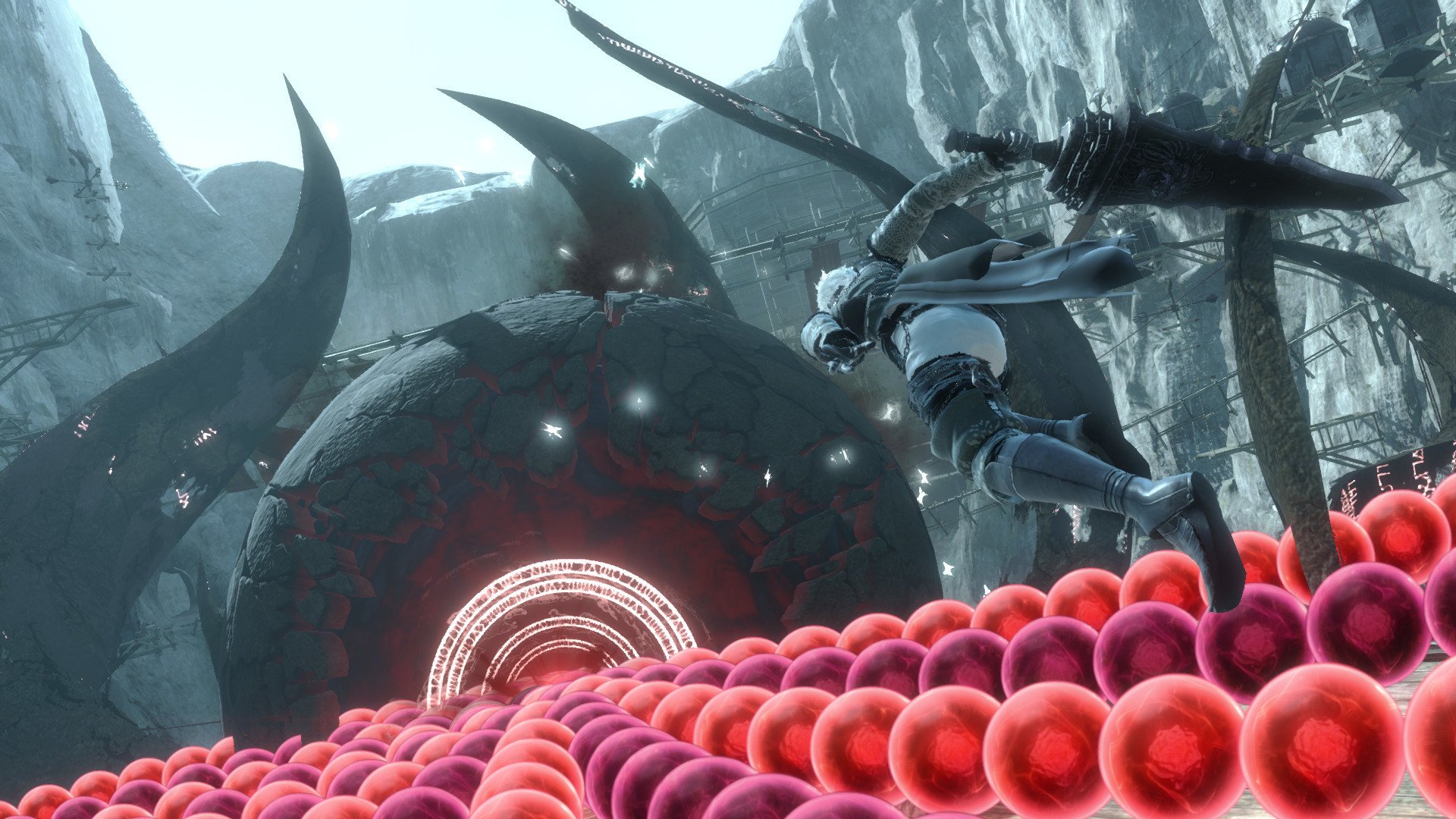 It’s a lot easier to get to that point because of the many mechanical enhancements. Combat is much smoother, and thus the deep equipment and nuanced loadout system is more immediately rewarding. In addition to the action basics and mapping spells (like a sustained rapid-fire magic bullet or a “charge and sling” lance power), you can also reconfigure symbols to alter your playstyle.

As you kill more enemies you’ll traditionally level up, but you’ll also grab keywords that you can use to say, move a little faster, or do a little more damage. Calling NieR strange is kind of underselling it on multiple levels. It’s deep, but it also isn’t afraid to mix things up constantly. That includes swift shifts to 2D and top-down perspectives, forcing players to make heads or tails of the new view both in and out of combat. Throw in some puzzles and some platforming and you have a Yoko Taro special.

That said, not everything is fully updated. NieR does have a lot of “fetch” quest design, and while it’s mostly relegated to the side mission variety, it does occasionally bleed over into the critical campaign path. With that in mind, sidequests are sometimes a few of the most fulfilling moments of the game, and there are some real gems in there. From a technical perspective, while I didn’t find any major bugs, I did occasionally come across smaller animation issues. Emphasis on small: the vast majority of my time with it has gone swimmingly.

There aren’t many games like NieR Replicant, and I’m not just talking about in the modern era, but since 2010 as a whole. Whatever power that be helped Yoko Taro become world-famous, to the point where he can keep making these weird masterpieces, in any format: thank you.