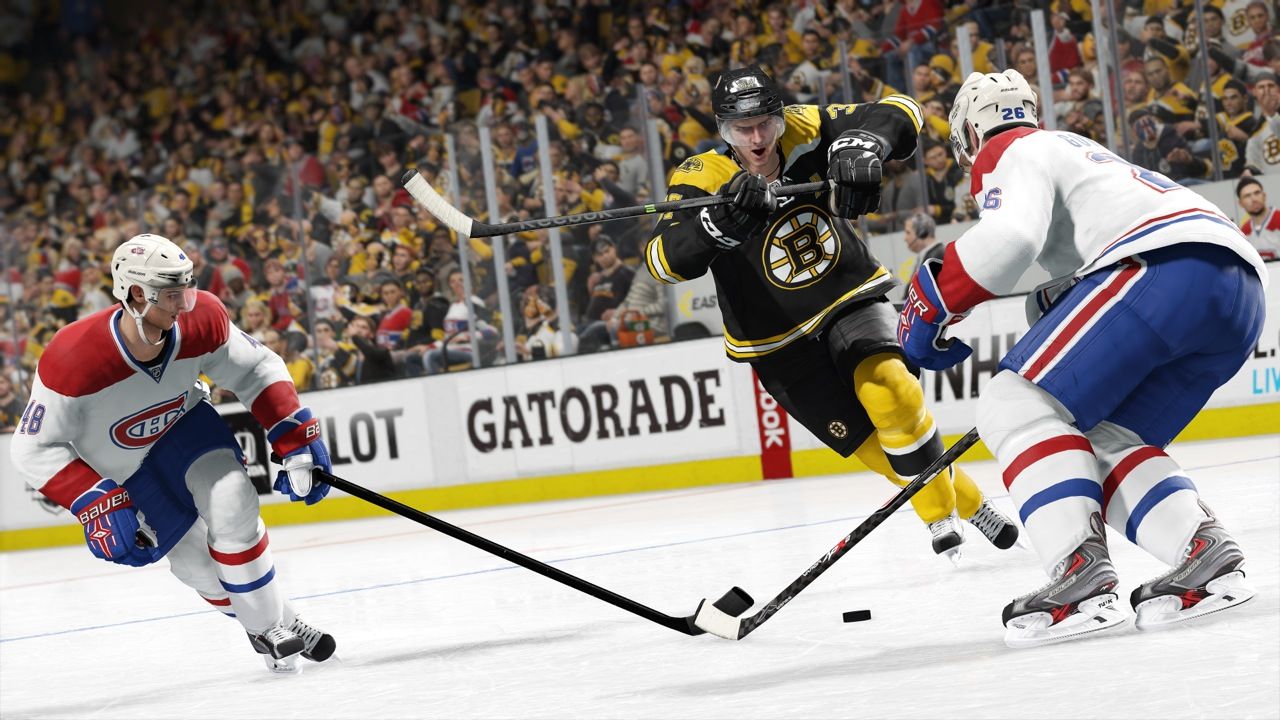 Back to full strength

I got out to a blazing start in the first game in Franchise Mode with my beloved Colorado Avalanche. Somewhere toward the end of the first, centerman Carl Soderberg netted the team’s third goal of the period. Things couldn’t have been going better.

But, the referee immediately waved it off. “Looks like he kicked it in!” commentator Mike Emrick called out. So, we went to an automatic review. After watching 10 seconds’ worth of replays, the ref came back out and pointed his whole hand at the net indicating a good goal. The crowd erupted.

So, NHL 17 called off a goal that it knew was good, only to build the tension before revealing that it, in fact, counted. Anyone who watches the NHL will tell you that a goal reversal in favor of your team is an ecstatically happy moment. This anecdote is indicative of how NHL 17 pays attention to the details. 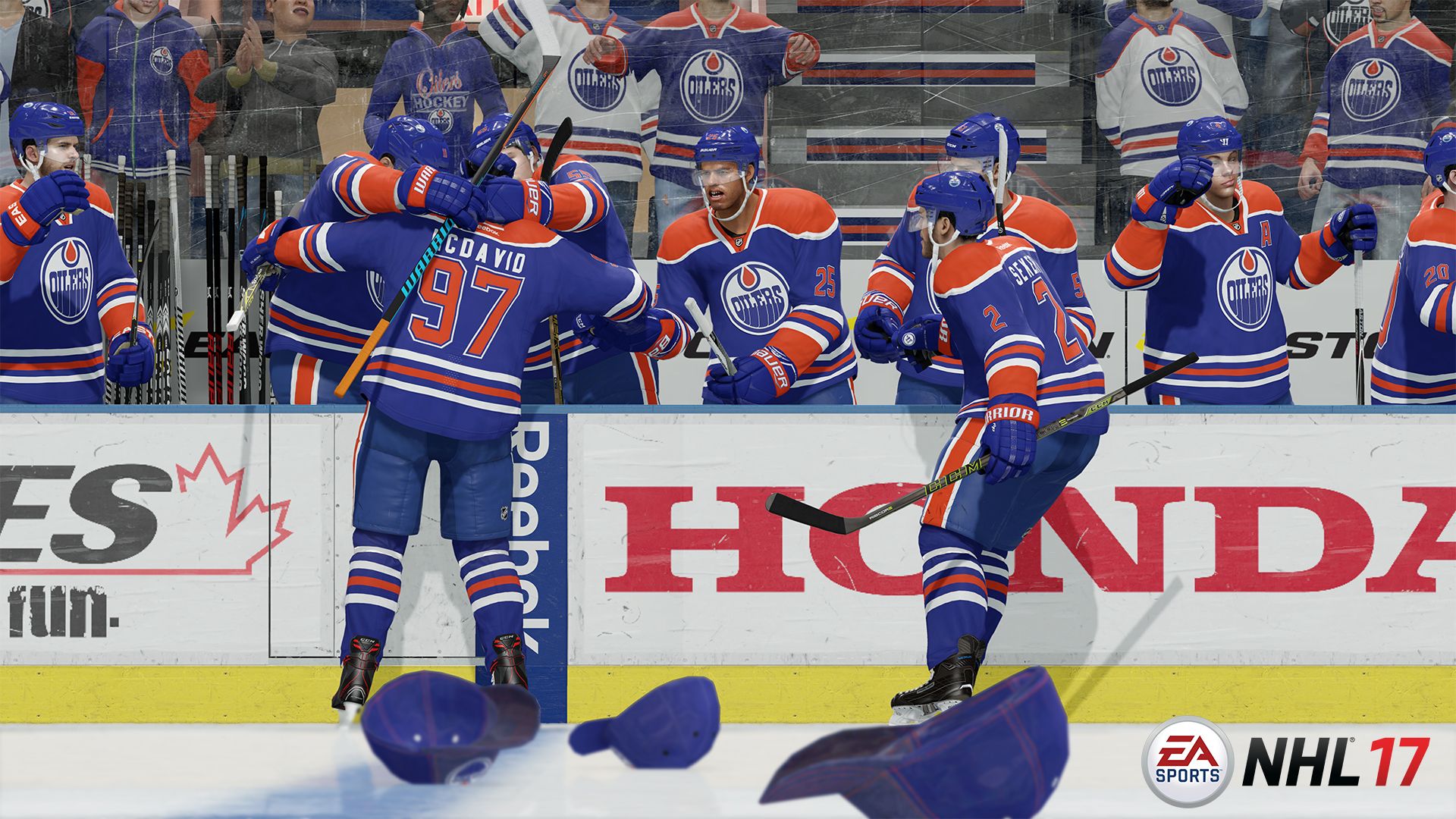 Actually, that first game was plenty indicative of how NHL 17 also doesn’t pay attention to the details. Minutes after it was announced that Jamie Benn was out for the rest of the game, he was back out leading the charge up-ice. Then, the Stars scored on a slow-trickling shot from mid-ice where I didn’t take control of the goalie. Technically that could happen in real-life hockey, but come on.

That is NHL‘s constant struggle. It’s trying to inch ever-closer to realism, but is limited by the near-infinite oddities of creating a simulation with this many variables. Something will always happen that’s extremely un-hockey-like, even if hockey is a sport that’s full of unpredictable bounces.

But, when it’s not being weird, NHL 17 is very good. That shouldn’t surprise, as NHL‘s on-ice play has been quite excellent for a number of years now. This game carries that torch competently. It feels like hockey, and that’s the most glowing commendation you could give this game. Stylish goals and big hits are as exciting to execute in a game as they are to watch in the NHL.

Gameplay has been refined to some mostly-incremental degree over NHL 16. The biggest changes are that goaltenders act with more nuance and that players do a better job of battling in front of the net. Sure, those things make it look like a better hockey game, but they don’t actually make it a significantly better hockey game. It’s mostly just flair and a bullet point for that ever-closer inching.

One more notable change pertains to the visual trainer. This was probably the biggest addition to NHL 16, as it taught the player how hockey and how NHL should be played. This time, it’s much more muted. It will still indicate what to do and when, but it doesn’t dominate the ice. That was the most oft-complained-about feature last year.

Also, the trainer gives more in-depth feedback now. Coach suggestions are more tailored to your play-style and to the situations taking place. I’m not convinced it’s better, though. After scoring six goals through two periods, I was told that my offense was at a “B-minus.” Maybe 16 goals would’ve made the coaches happy. 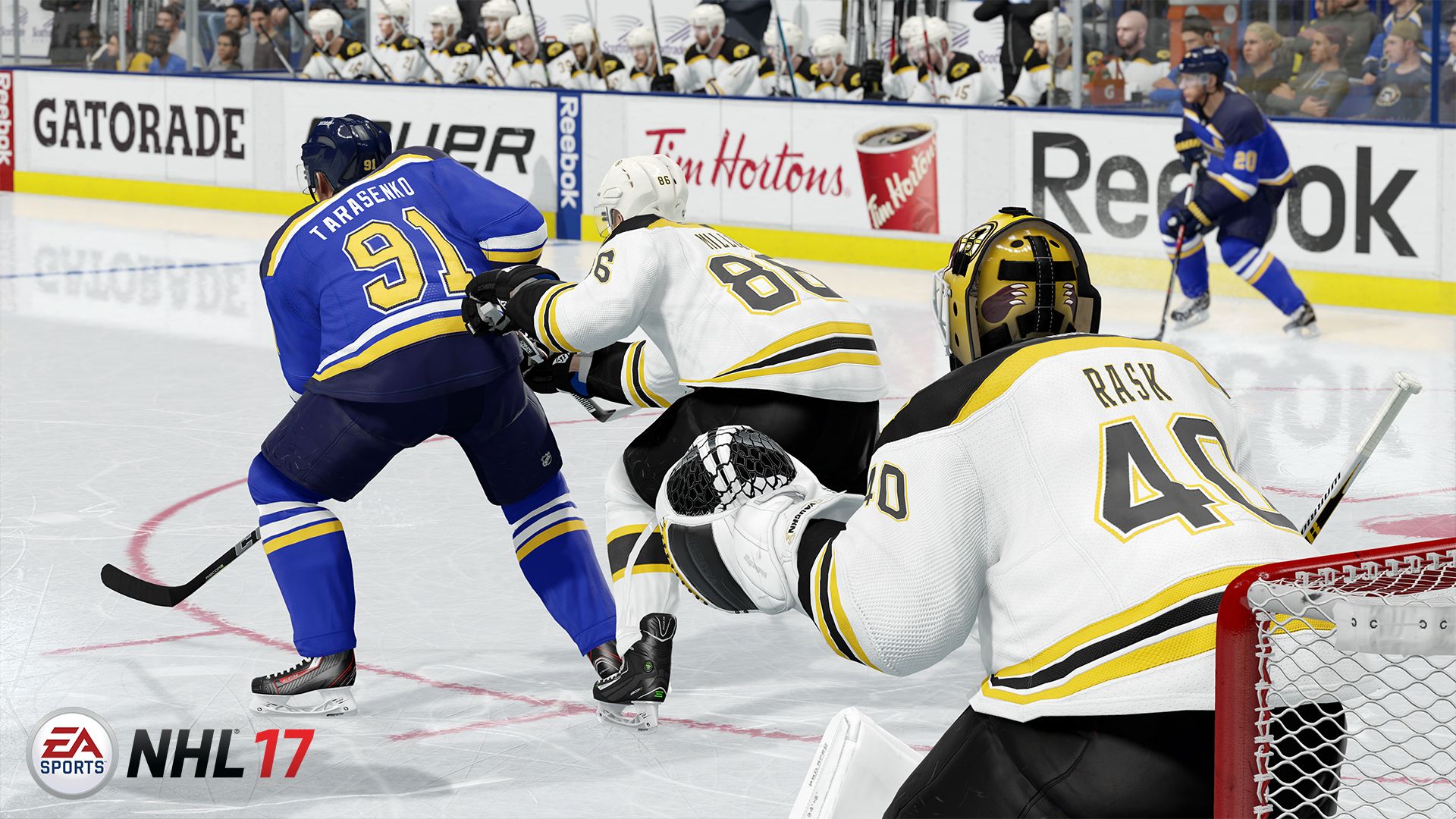 Where NHL 17 truly breaks away from its predecessors is in the sheer number of off-ice options. Of the main modes, there are: Season, Franchise, Be a Pro, World Cup of Hockey, Draft Champions (a fantasy draft built around a chosen theme), Hockey Ultimate Team, EA Sports Hockey League, and general online play.

Everyone’s mileage will vary for all the different modes. But, there’s enough that almost everyone should get fair mileage out of something. Those additions are important because it was only two years ago that NHL shipped bare bones. It wasn’t the game fans deserved from a usually-excellent franchise. Now, NHL feels like it’s where it should have been all along, at least with regard to choices.

When compared to NHL 15, NHL 17 is miles ahead; when compared to NHL 16, it’s incrementally better. That’s the EA Sports way. There are some new features and improvements, but nothing mind-blowingly innovative. That’s perfectly fine. There’s a good hockey game at the core, and a lot of options on the periphery. That’s all we ever wanted.