After spending some more time with the human-saving, robot-blasting arcade shooter following my review-in-progress, I’m ready to call this one. It’s arguably the studio’s best work yet. 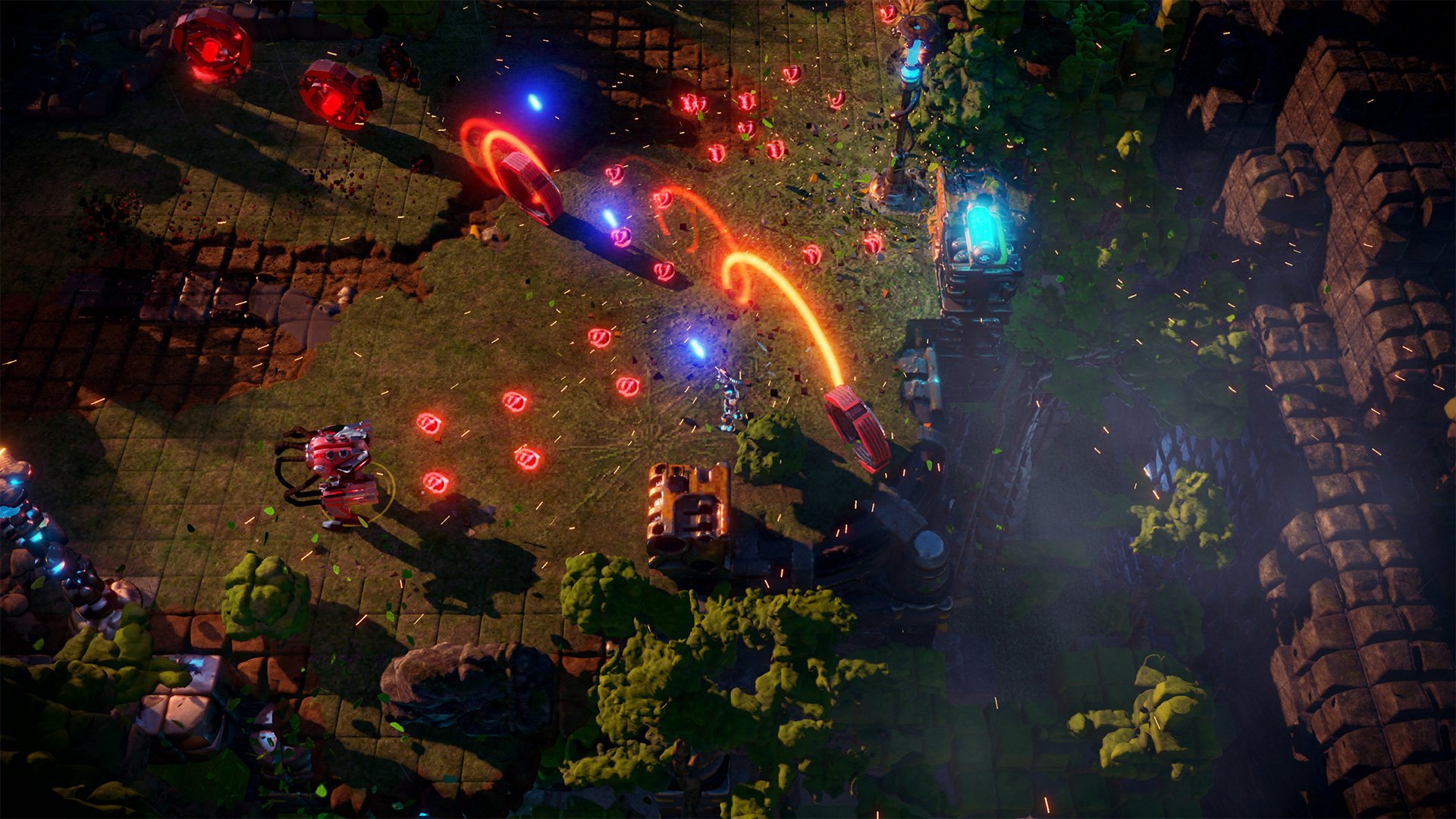 The thing about Nex Machina is there’s no filler. None. Hell, there’s hardly even any downtime.

From the very first second as you jet into the futuristic voxel world on a light cycle up through each stage’s boss battle and the final score-tallying victory screen, it’s go go go. Housemarque doesn’t need to build up to the excitement over time — it’s there on the first level — and that becomes exponentially more true as you work your way up to the harsher difficulties. At the top, you can expect way more enemies to shoot, more humans to save, and the always-nasty “revenge bullets.”

Beyond your standard shots, which can be enhanced with “spread” or “range” pick-ups, there are a slew of powerful secondary weapons to uncover and grab that each have their uses, run on a cooldown, and are all satisfying to wield. One requires a charge-up but destroys everything in a line, another is a mass of energy that you can fire off and detonate, and there’s also a crowd-clearing sword.

Whenever you die (and inevitably die a second and third time, because you just lost your sense of flow), you’ll feel super vulnerable without these pick-ups. The key to doing well in Nex Machina is knowing when and where to use them, recognizing the numerous enemy types and their quirks, and keeping your human-collecting combo going from level to level. Oh, and secrets. There are loads of secrets, including alternate levels, to help bolster your score. It’s a deceptively packed game.

The game design and pacing are nothing short of brilliant. It’s possibly the most satisfying twin-stick shooter I’ve played, and it’s without a doubt my favorite Housemarque project to date. It’s also cool to know that legendary designer and Robotron‘s own Eugene Jarvis was involved. It shows. You can feel it.

To my mind, there are only two major issues holding Nex Machina back: a lack of online co-op support, and not as many modifier challenges as there probably should be (because they’re all great). These are both things the studio can address down the road, and even if it doesn’t, this is still a sublime arcade experience as is. There are a few other complaints — it can be too easy to get lost in the colorful bullet-hell patterns with two players going at it, and the bosses are vicious if you don’t have enough of (and the right) pick-ups — but they’re insignificant problems in the grand scheme.

It takes a special type of high-score game for me to want to actually stick with it and start rivalries on the leaderboards. Pac-Man Championship Edition was one such game. Trials HD was another. Now, Nex Machina is my new obsession.