Years ago, like Fire Emblem, Monster Hunter was the sort of series I enjoyed in silence. Now they’re powerhouses in the west. Crazy how that works out! Where was all this support when I was a kid?!

It’s been kind of insane to watch Monster Hunter grow to the level of popularity it’s at now, with spinoffs and plenty of merch to boot (it has more amiibo than the vast majority of any third-party series). Seeing Monster Hunter Stories 2 refine itself over the course of two games has been an unexpected treat as well. Monster Hunter Stories 2, much like the first, takes place in a universe that’s much cuter and brighter on the whole than the “proper” Monster Hunter series. Here you actually become friends with some monsters (sorry, “monsties,” they even have a more adorable pet name), a la Pokémon, and the Palico cats lean harder into the goofy cartoon sidekick shtick. It absolutely works for the “Stories” line and I love how Capcom doubled down on it for the sequel.

The new world layout also kind of reminds me of Dragon Quest XI, in that it uses “medium-sized zones” that aren’t too overwhelming, or so tiny that you feel like you’ve explored them in a few minutes. And that’s good, because the game’s world itself is more interesting than the actual narrative or dialogue. Monster Hunter Stories 2‘s very cheery, sometimes saccharine tone is infectious. But the ceiling is low in terms of thrills and surprises, as it mostly follows the formula of “villager says problem X exists, go to location Y and solve it.” You can skip cutscenes or change your audio from English to Japanese if you get annoyed by the story.

When I say “brighter as a whole,” I mean that in an all-encompassing way. The path to the main questline is always very clear with a giant orange pin: which can be a boon or a burden. Bread crumbs can be really annoying in some games, but here, it actually makes sense, as do the literal breadcrumb trails of Scoutflies when stalking creatures during some scripted sequences. It’s give and take. I wouldn’t mind a more hands-off approach, but Capcom commits to it here and I respect it. The entire framework of the game serves that vision, even if there’s room for refinement.

I’ve already alluded to this, but where Stories 2 shines is the strength of its world. Whenever I felt down with the story or a particular mechanic, I went on a ride with a monstie and was back in the game. When you’re not heading from main quest signpost to signpost you’re riding around, gathering ingredients, going into random monster dens, and grabbing more eggs to breed more monsties.

The more you get, the more fun the game is. Monster acquisition is crucial for traversal, as only some creature types can say, climb ivy, swim, or leap across gaps. It’s a lot like HMs in Pokémon, but you’re mostly in control of when you gain control of them, and outside of a few critical-path requirements, they lead to optional content.

Like some things in Monster Hunter Stories 2 though there is a darker side, as a lot of the dens are re-used layouts, and can feel RNGed like a roguelike without many seeds. The framerate can also drop below 30 at times, but since it’s an exploration-centric turn-based JRPG, your mileage may vary. It didn’t hinder my enjoyment in any big way outside of maybe a few times where I swore I ran past an enemy only to have it tag me for a battle (it uses the Chrono Trigger-esque “you can see enemies in the overworld” system instead of random battles). Speaking of combat, it meshes very well with the exploration bits to form a cohesive bond between you and your monstie. You’ll generally start off bouts on foot, with your lead monstie in the fight, acting autonomously. By raising your kinship meter you can order it around in a limited fashion, or mount it to combine and conquer (which unlocks super abilities and heals both you and your monster partner).

It uses a rock-paper-scissors format, which fits wonderfully within the framework of Stories 2 and what it’s trying to achieve. Power (red) overcomes technical (green). Technical outwits speed (blue), and speed finesses power. Abilities follow this system too, tying the whole thing together in a new bow. Then you add in some nuances like swapping weapons (of the slash, blunt, and pierce variety), and breaking monster parts for strategic value and profit: it’s enough to keep you on your toes and not just mash “attack” when you’re fighting bosses.

What I like most about Stories 2‘s combat is how flashy and arcadey it is, but it’s also very functional and streamlined (you can speed up battles to 3x, too). That fast-forward mechanic comes in handy, because some of the “trash” mobs littered about the map feel like a waste of time, as you can often just mash and be fine. It’s really the bosses that show the true colors of the combat system, which are frequent enough to prevent you from falling asleep while fighting. 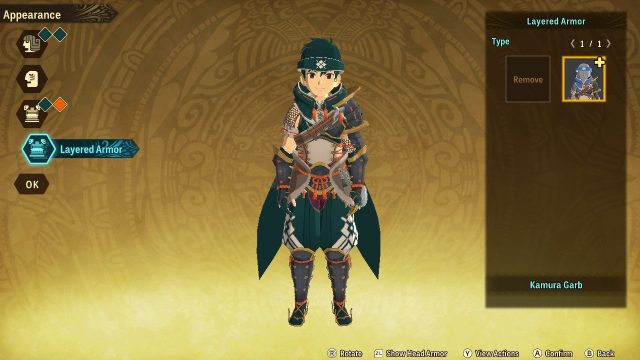 There’s enough there just with the core storyline to keep you busy for a while, and it’s going to be easy to get sucked into the “JRPG 100%” mentality if you actually reach that point. Stories 2 has an addictive optional bottle cap currency for acquiring permanent upgrades and items, and gene variations for monsties (read: chasing top IVs in Pokémon) will keep hardcore people busy too. While this review deals primarily with the single-player experience, there is more post-launch content coming as well as an enhanced focus on co-op play that you should be aware of.

[This review is based on a retail build of the game provided by the publisher. It deals primarily with the single-player portion of the game.]