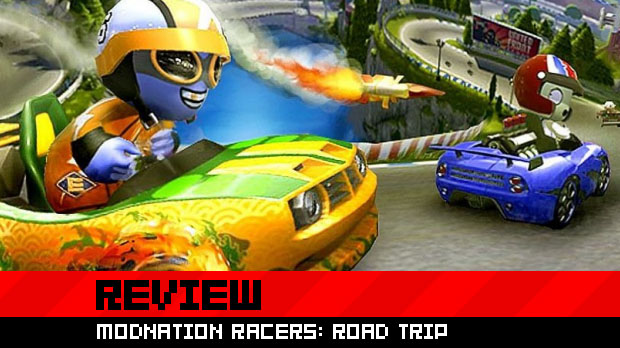 ModNation Racers is very much an “odd one out” when it comes to Sony exclusives. It has the “build anything” mantra of LittleBigPlanet but remains tied to a single genre of game — a genre that LittleBigPlanet itself is planning to conquer. It has also failed to capture imaginations the way God of War, Uncharted, or even Killzone did, struggling to find the strong identity that other PlayStation titles are known for.

Still, the battle against insignificance has not kept ModNation down, and it’s managed to squeeze out a spin-off just in time for the PlayStation Vita’s launch. Unfortunately, ModNation Racers: Road Trip is about as shamelessly rushed and sloppily executed as any spin-off you can imagine. 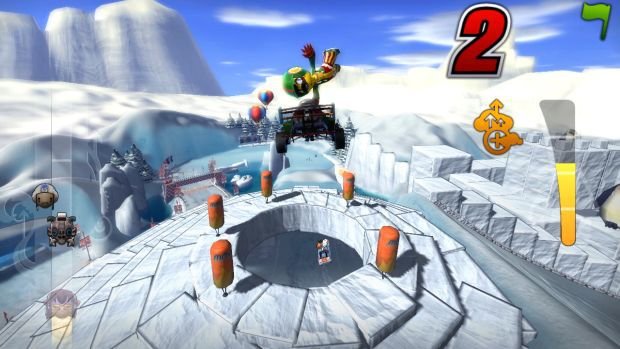 ModNation Racers: Road Trip is notably stripped down from the very beginning. While fellow Vita title Uncharted: Golden Abyss uses the system’s powerful hardware to present an authentic console experience, Road Trip uses the handheld medium as an excuse to be as flat and flavorless as possible. Gone are the vast online hub world and sense of exploration that stood out as the original’s strongest features. In fact, head-to-head online multiplayer has been scrapped altogether.

The world of Road Trip is a linear and restricted one, consisting of a series of almost static screens in which players access community content, build their own racers, and run a variety of solo challenges or local multiplayer races. When it comes to multiplayer competition, the best players can do is download time trial data from others (either online or through NEAR) and race against their ghosts. Head-to-head online racing was such a big part of ModNation Racers that its exclusion is puzzling at best and a glaring lack of effort at worst.

To its credit, Road Trip attempts to at least emulate its console predecessor when it comes to user-created content. The toolset used to build one’s racers, vehicles, and tracks are robust and closely resemble the full range of toys available on the PlayStation 3. Whatever players want to make, there is a huge amount to customize, with lots of unlockable gear available through playing races or by collecting tokens to spend on random items. 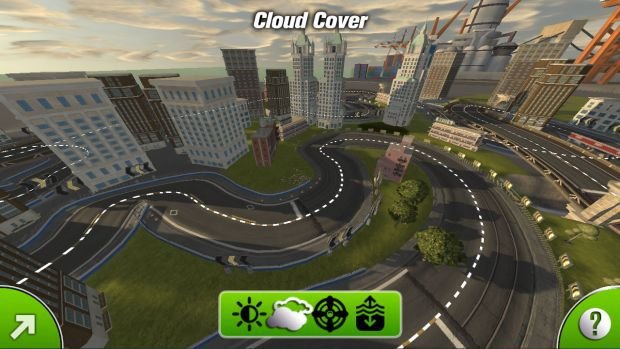 Customization is done using the touch screen, allowing players to browse the many menus and to apply colorful stickers using their fingers. This new input works in some situations — such as drawing out a race track in real-time by touch alone — although the small, densely populated menus and difficulty in seeing where an object is being placed under one’s hand can result in frustration and inconvenience, making the interface come off as needlessly forced in place of adequate button commands. By far, it by works best in track building, where the power to grow mountains by pressing behind the Vita system is intuitive and rather inspiring. When it comes to making anything else, more traditional controls will always work better.

Road Trip‘s creation options are further held back by prominent input lag that infests every single menu item. Whether choosing a new helmet for one’s racer or browsing the available paint jobs for a new car body, there’s a marked delay between making a selection and getting a response. While it’s not quite as sluggish as attempting to download pornography on a dial-up connection, it’s a significant, consistent issue that’s hard to ignore.

Creations can once again be shared online, and players are able to download tracks, racers, and cars that have been built by others. These features closely resemble those found on the PS3, with simple browsing options allowing users to find the most popular creations and provide personal ratings. Yet again,though, the lack of a hub world and the focus on dull, dreary menus takes a lot of the excitement out of the proceedings. The extra wonder and fun of player interaction has been replaced with a whole lot of boring browsing through unresponsive menus. 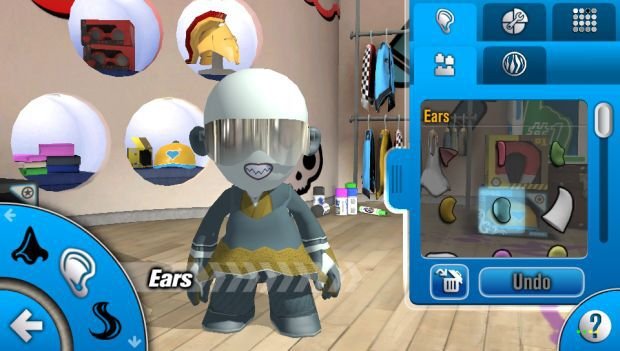 When it comes time to finally race, Road Trip provides the bare minimum required to qualify as a videogame. There’s a career mode and standalone single-player races alongside the limited multiplayer options, but none of them are very enthralling. Races against the A.I. bear many of the same rubber banding issues found in the console version, although the frequency and devastation of power-ups have been reduced significantly. This is a small comfort when faced with the fact that ModNation‘s gameplay is, at heart, still a fairly tepid mimicry of Mario Kart with very little improved over its larger, more substantial console cousin.

All this is topped off by the game’s worst aspect: its complete and utter hideousness. By far the ugliest PlayStation Vita title available at launch, racetracks feature washed-out colors and sparse environments while characters appear jaggy and textureless. The frame rate is thoroughly abysmal to boot, with the engine apparently struggling to keep even the smallest of races chugging along at a consistent pace. In stark contrast to the gorgeous and colorful world presented on the PS3, Road Trip is barren and unpleasant to look at, and I certainly hope that it does not become anybody’s first impression of what a PlayStation Vita can do. If this is the initial experience players have with a Vita, they’ll wonder why they didn’t just stick with a PSP. 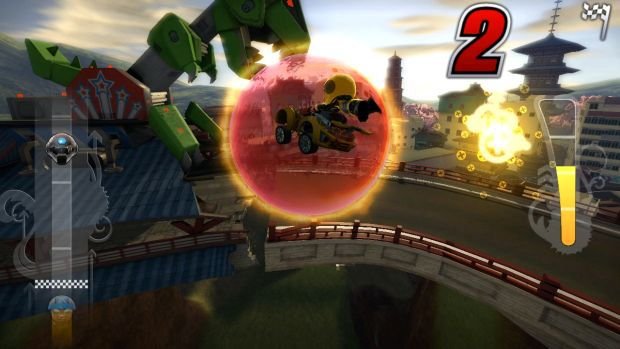 The poor visuals are doubly galling when you note that Road Trip copied one major issue from the original game — lengthy loading times. Yes, San Diego Studio couldn’t bring us online multiplayer, but it could ape that particular feature. Loading times on the PS Vita can be substantial, but Road Trip is the biggest offender of all the games I’ve played so far — games with far superior visual and aural effects, I should add. To go from Uncharted to this is like waiting half an hour for a hamburger after Gordon Ramsey whipped you up a steak in ten minutes.

By far the most blatantly rushed cash-in attempt of all the PS Vita launch titles, ModNation Racers: Road Trip is to be avoided at all costs. With horrid visuals, dawdling menus, and threadbare features, this lazy piece of software insults the system it is supposed to help showcase. In fact, I’d say its existence could be directly harmful to the Vita, given how it’s one of the bigger titles available at launch and makes the Vita look like it’s only capable of producing garbage. With superior offerings available when the Vita hits store shelves, this is one waste of time that can and should be avoided.