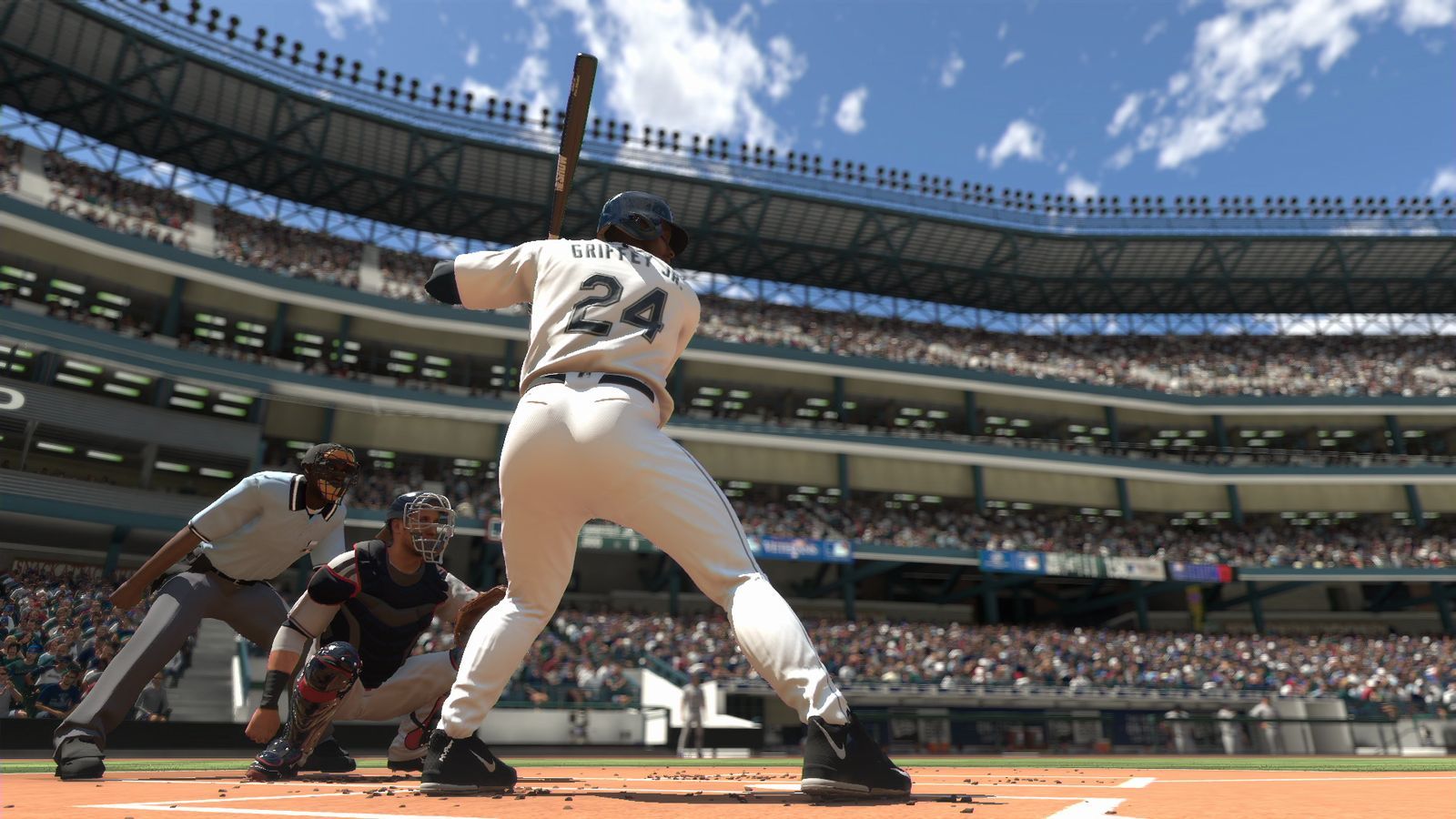 Stepping up to the plate

For as long as I can remember, since before my time at Destructoid, I’ve been jettisoning off sports reviews. They’re not only niche from a personnel perspective, but they also require a certain degree of dedication and knowledge, despite the notion that they’re “all the same” (which is sometimes true!).

But as someone who grew up watching and going to just about every major sporting event, reviewing sports games is always in the back of my mind, in the sunken place that lies below everything else I write about, but that’s changed.

Last year I covered Madden and NHL (beside Brett!) for the first time in years. Now it’s my turn at bat with MLB The Show 17. 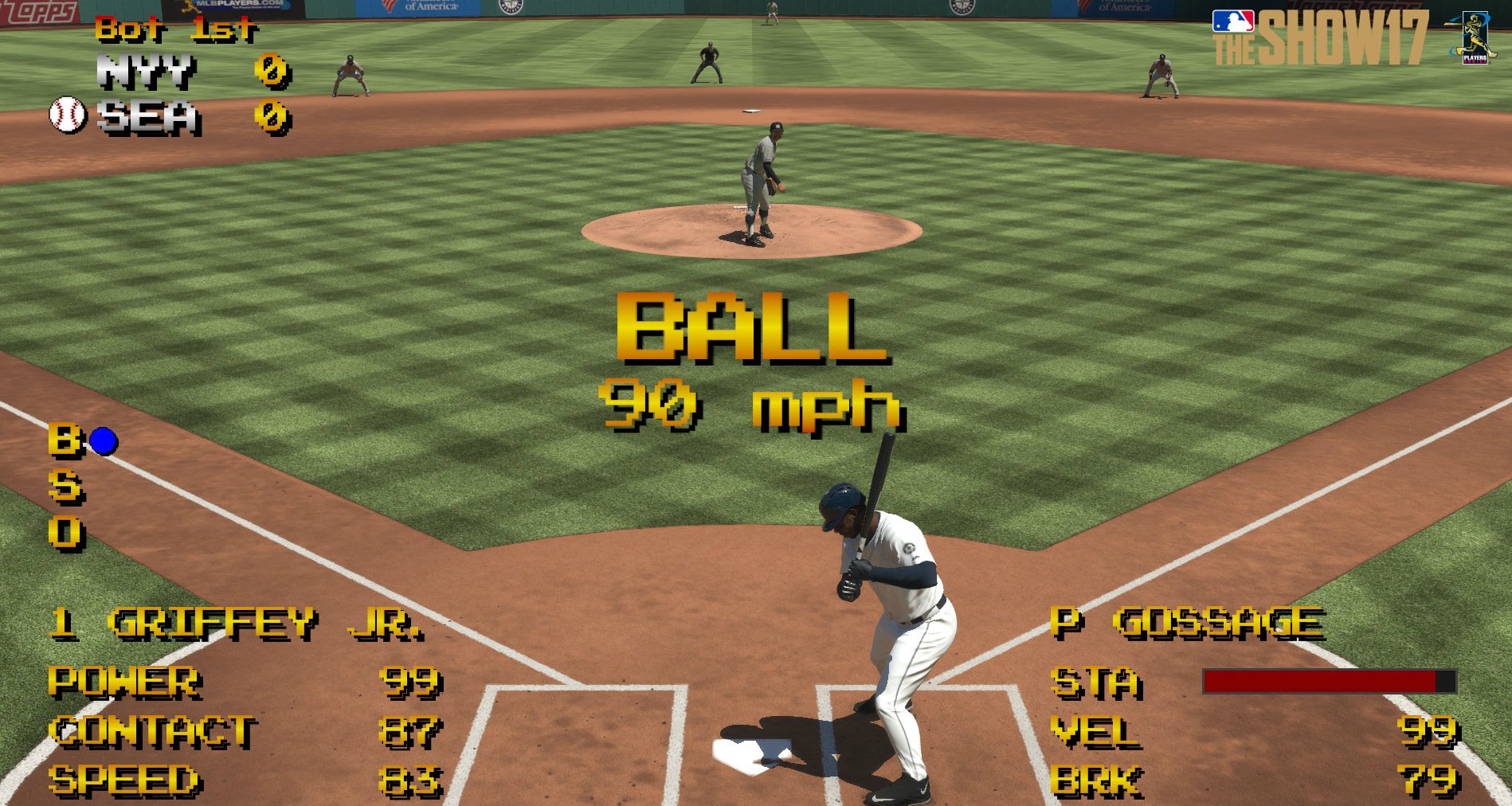 It’s appropriate that I’d dip my toes in this year, as The Show is clearly aiming for a larger target audience with the nostalgia of Ken Griffey Jr. and the marquee “retro mode.” But let’s get this settled quickly — Retro is an arcadey gimmick, and nothing more.

You can use any team and lineup and set everything from the stadium to the time of day, just like a real exhibition game, but once you get in you’ll see that it’s mostly superficial. Sure the surreal “slide” movement of the batter is silly and the sounds (including that pitch perfect falling ball effect) are as old school as the NES era, but actually playing through a game is pretty one-note. The character models aren’t drastically different enough, and it should have been called quick match or something similar instead. It’s a fine extra for people who might not be into the more simmy aspects but nothing more.

Thankfully for those same simulation aspects, we’re finally free of the shackles of the Vita version (as of last year) and the PS3 (as of this year). The cut load times return from 16, with the addition of a high framerate performance or 4K option for 17 (good on Sony for doing this with most of its recent first-party games; I wish everything had this option). Although every sports game runs the risk of hitting the uncanny valley this year’s model looks markedly improved, from an all-encompassing visual standpoint, including the animation.

As someone who needed to be re-acclimated to the flow of The Show, I naturally started with “Road to the Show,” the game’s RPG-like story mode. After kicking off with a propaganda-like short film of America’s pastime, you can get on with it and create your character or continue to import your old one. I was in awe of what you can change as someone who meticulously designs Dynasty Warriors and Elder Scrolls avatars. You still alter your running style, choose from 79 batting stances, and pick your entire soundtrack (from the entrance to your homerun celebration). You can name your players anything you want, but sadly for the pronunciation bit they have Catfish and Chick but not Chris or Carter — I would have even settled for Cannon Carter!

Just like past games you’ll start out at a scouting day event, get a report, play a few practice games, then enter the MLB. It’s very rote at times (the matter-of-fact narrator is a little patronizing, and your character doesn’t get a voice, instead opting to choose from dialogue such as “haters gonna hate, right?”), but is still very comprehensive, big-picture wise, without going into the realm of the absurd. With my rusty ass skills my draft stock plummeted during hit drills, rose slightly during fielding, and plateaued in spectacular fashion. I ended up getting drafted in the fifth round by the Phillies, and after telling the GM that they kind of suck I ended up accepting my fate. “Sorry I was weird,” my young player retorted — the writing in this game can be unintentionally hilarious.

Quibbles aside, I dug Road to the Show more than most RPG modes that have been showing up since the 2000s. Although it does have the air of the aforementioned pedantry, it’s still educational, and the choices involved are engaging enough to inspire people to sit through the entire journey. It’s an inoffensive tutorial for early, mid, and late-game sensibilities alike all rolled into one, and almost makes The Show 17 worth it for that alone. But naturally, there’s a lot more to explore.

Although I typically don’t go all out in Franchise mode in anything unless I have a rowdy crew of friends and some choice beverages available, it seems to be just as competent as it’s always been. The sheer indomitability of the perpetual ticking clock and the lack of a real win condition are offset by the ability to simulate games, something I was able to do for hours on end before realizing what time it was.

Diamond Dynasty, as is the case with previous years, is probably the more fun way to jump into a custom team scenario as the alt-franchise mode. It’s as easy as picking your team’s colors and name from the ground up, choosing five pro players and a stadium, and going on your way. It’s such a genius way to get people into a rat race gametype, as you don’t necessarily need to be a GM or coach and moneyball your team to victory.

For research I ended up buying The Show 16 to see how it compared, and I was able to see the mechanical improvements with 17 first-hand. The latest version is easy to get used to with a host of controller options, as you can make actions as simple as pressing single buttons for a specific base, or as complicated as full analog throwing and hitting. 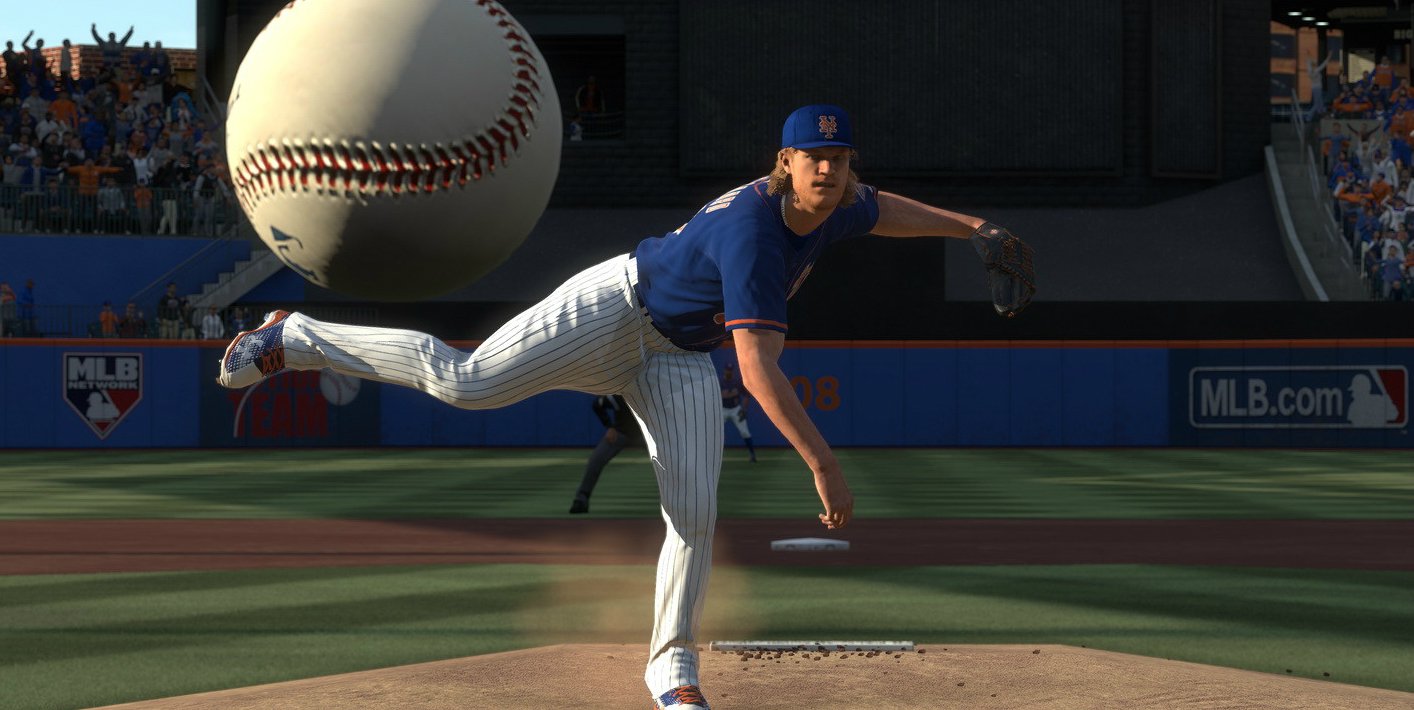 The soundtrack still sucks though (imagine my surprise when a title called the Hieroglyphics wasn’t actually the dope ass rap group formed by Del, and was instead a song by the highly innocuous rock outfit Beware of Darkness). Most of it, with few exceptions, sounds like background music, and The Show doesn’t have the decency to give us old timey remixed golden classics like the Madden series does (which is still OST king as far as I’m concerned). Remember when sports games were straight-up filled to the brim with good hip-hop?

For the record, I did have some online connectivity issues (I’m not alone, apparently), but they were intermittent and mainly just impacted my ability to get into the community calendar and the like. Sports games have come a long way and The Show 17 makes a great effort to allow for some extra online concessions (when it works). Lobbies, leaderboards, and an easy one-button roster update are the highlights.

Annoyances aside, MLB The Show 17 continues to iterate without the technical baggage a few games back. Beyond the attempts to monetize players through microtransactions (which mainly work as boosts), I didn’t really have any major issues with any given aspect of the game. We’re only a few more days out until the 2017 season, and I’m counting on using The Show as my companion for it.