When there was still an arcade near my house, Midway games were the ones I often found myself pumping the most quarters into.

During the last console generation, I scooped up the Midway Arcade Treasures collections to relive those glory days. Now with the promise of leaderboards and Achievements/Trophies, the Midway name is back again with another compilation of classic titles. But is it worth taking that trip down memory lane once more? 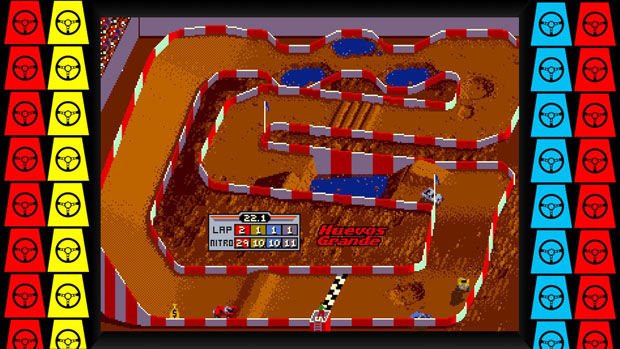 As far as nostalgia goes, Arcade Origins keeps it close to the chest. 31 titles are offered up from Midway’s heydays of the ’80s and ’90s. You’ve got your standard fare of favorites like Defender and Spy Hunter, and more obscure titles like Bubbles and Satan’s Hollow, and (just about) everything in between. There certainly is a wide variety of genres included — racing games, stick shooters, shmups, fighting games — and there’s plenty to choose from depending on your tastes.

That said, something about it feels a bit hollow. While the emulations for the majority of the titles are great, some were not built with the standard control stick and button layout in mind. Games that used a trackball (like Marble Madness) are over-finessed by the use of the analog stick, where as other games’ original cabinet control layouts just don’t translate well at all to controller.

720 and Toobin’ spring immediately to mind here, as often the controls would randomly flip directions mid-motion, and my character ended up moving left when I’m pressing right and vice versa. It only really occurred with those two titles, and honestly not often, but when it did, it was frustrating. Still, everything else controlled well, such as the racing title Championship Sprint, despite the lack of an actual steering wheel and pedals like the cabinet had.

As one might expect, the purchase of this game really hinges on how much prior knowledge or nostalgia you may have for the old arcade “classics” presented herein. Where as the Treasures collections featured old catalog ads, a gallery of the cabinets and such, none of that is here, so those unfamiliar with the games may not have much to go on save for the sparse facts featured in a CNN-like crawl at the bottom of the screen during title selection.

However, once in the games, the presentation is great. While clearly none of these titles were built with HD in mind, the screen — and occasional split screen — are set up fantastically, with mock-ups of the cabinet art lining the sides of your aspect ratio (and serving as the only hint to what the cabinets may have looked like). All the original sounds are here too, for better or worse. Backbone Entertainment really went out of their way to preserve the original look and feel of these games and it shows, though the speech in Wizard of Wor certainly shows its age. 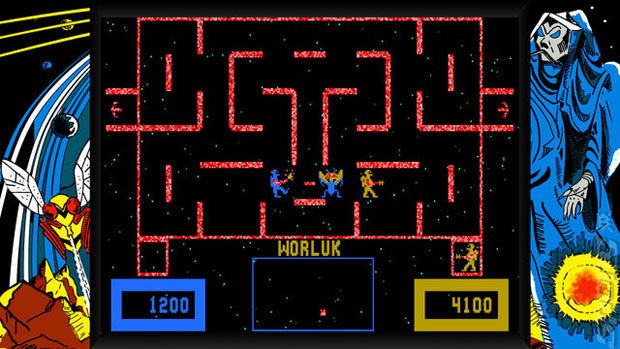 There’s also not a whole lot of options available for gameplay, either. You have your standard free-play, which allows you to keep pressing start every time you die as if you’re pumping another quarter in the slot to continue, until you beat the game or lose interest. There’s also Score Attack mode, which allows you only the one credit, and tasks you to see how far you can ride on it. Achievements and Trophies are earned only in this mode, and high scores are added to the online leaderboards. While there is no online play, local co-op is available for the games that featured it in the cabinets originally.

What it really comes down to, overall anyway, is what games are included. I won’t repeat what the press release already stated, but I will say some games aren’t nearly as classic as this collection would want you to remember — Pit-Fighter was never a good game — and there are other titles missing from what would otherwise make this collection a must-have.

While the first three Mortal Kombat games are collected as a downloadable trilogy on Xbox Live Arcade and PlayStation Network, their absence is still noticeable, as is the glaring omission of personal favorites Burgertime and Paperboy, two titles that were available as far back as the old PSOne collection. 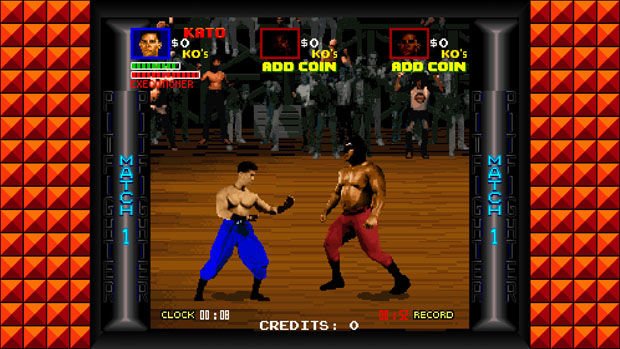 I hate using the term “mixed bag,” but Midway Arcade Origins really is exactly that. A decent sampling of some classic titles that mostly control well with very limited options, and a few games that will leave you scratching your head at their inclusion (or exclusion, as the case may be). For those that remember these games, it’s a great bit of nostalgia.

For those unfamiliar with these arcade games of yore, you may get bored rather quickly, as there just aren’t enough options or history included, beyond the games themselves, to keep you interested for very long.