Although a rather short game on the surface, Metal Gear Rising: Revengeance was the gift that kept on giving. New costumes, very challenging VR Missions, truckloads of collectibles, and extreme difficulties with arranged enemies awaited fans who spent the effort to get the most out of the game.

But for those of you who have saturated all you could in the past few months, a full story chapter for Raiden’s rival Jetstream Sam is upon us. 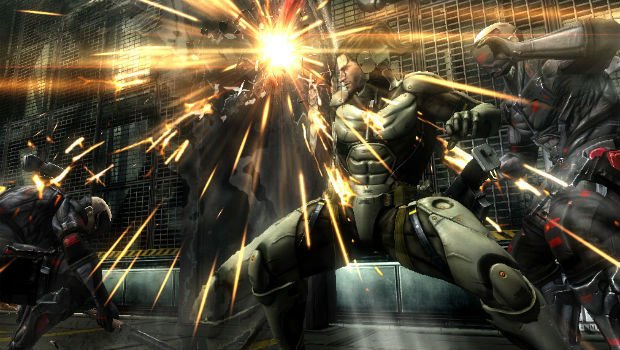 You’ll enter the DLC through a completely new menu option, which jump-starts Sam’s giant, roughly two-hour-long chapter. Ol’ Jetstream himself has a few unique tricks to differentiate himself from Raiden. Sam can double jump and he has an air dash. Although he can’t run up walls, the raw verticality he exhibits helps with flying enemies, and adds a small new dynamic to platforming.

By holding Y/Triangle he can utilize a power attack that’s similar to Ryu Hayabusa’s in the new Ninja Gaiden games, and he can taunt with the up direction pad, which makes enemies more aggressive.

Sam also has a straight up conventional roll dodge (X+A/Square+X), and a cool defensive flying strike move when he’s pushed into a wall. He takes some getting used to because the bread-and-butter attacks you’re used to with Raiden are gone and he cannot utilize stealth kills, but it shouldn’t take you that long to feel at home.

Now, Sam is different, but he’s not that different. A lot more could have been done to make him feel more unique from a gameplay perspective, and since he cannot utilize any upgrades (outside of a few maximum-health- and fuel-increasing pickups), you don’t really have an opportunity to get to know Sam all that well as a warrior. He has a very small selection of moves, and before you know it, you’ll be yearning for your end-game Raiden again. 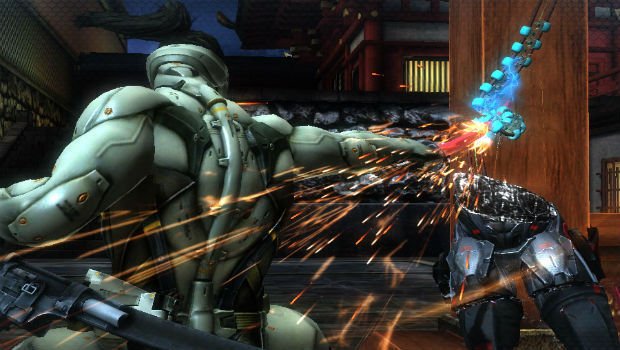 Moveset aside, Sam is well animated and feels unique from a visual standpoint, even as far as the way he sheathes and holds his sword. There are a few fleeting high-adrenaline action scenes with lots of style, and Sam is charming in every scene he’s in.

Of course, Platinum somehow needs to give you a reason to play as Sam, and the one given in this $10 DLC is shaky at best. Essentially, it’s the tale of the trials and tribulations of Sam’s experience joining the Desperado clan — the main antagonists of the core Rising storyline.

You’ll get a few short sequences involving Senator Armstrong and Monsoon (including a philosophical argument over cherry blossoms I would have liked to see more of), you’ll fight a few boss fights, join the Desperados, and that’s really it. Other familiar faces, like Bladewolf units and Mastiffs will appear, utilizing the same strategies you’ve seen before. “Familiar” is the best way to describe this DLC.

To be blunt, the chapter is one giant retread. You’ll start in the Sewers, enter a spliced area with the same freight elevator climb sequence, then head into the building you encountered Sundowner in, complete with the same rooftop helipad final encounter. Yep, the Jetstream DLC is one long amalgamation of a few levels in the core campaign.

There are a few cool side areas you can venture off to for challenge purposes (try getting to the top of the giant pagoda again) but for the most part it’s extremely linear, even reusing the same soundtrack on the same boss fights. 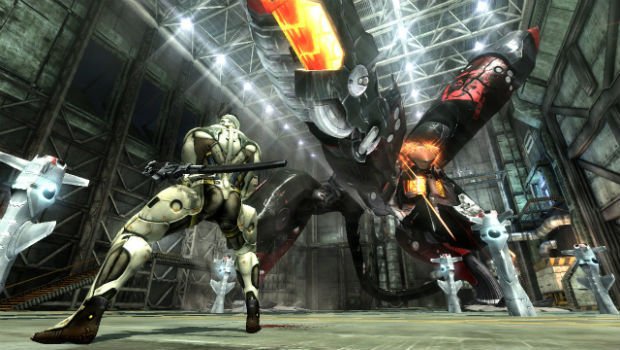 Not one boss encounter is new (An alpha Bladewolf unit, Metal Gear Ray, and Armstrong), and for the most part, they all play out in the exact same manner, barring a more aggressive Bladewolf and a few less interesting scene changes in the final phase of the Armstrong fight. It’s around two hours of content, presupposing you don’t want to tackle the campaign over again on higher difficulties.

Thankfully, there is some challenge involved as you attempt to learn the ins and outs of Sam, and try to best some fairly aggressive enemies. I’ve been playing at the highest difficultly level since shortly after launch (Revengeance), and a few encounters gave me trouble — especially towards the beginning.

There are five VR Missons, but they’re massively disappointing. You’ll have to unlock said missions in the same manner as the core campaign (by finding them), but sadly, four of the five tasks are as shallow “kill all enemies in a tiny arena.” The fifth mission is a lot more interesting as it’s essentially a 2D platformer, which makes for some compelling gameplay combined with Sam’s double jump and air dash — I just really wish there was more of that, and the ability to play as Sam for all of Raiden’s missions would have been a great touch that’s completely wasted here. 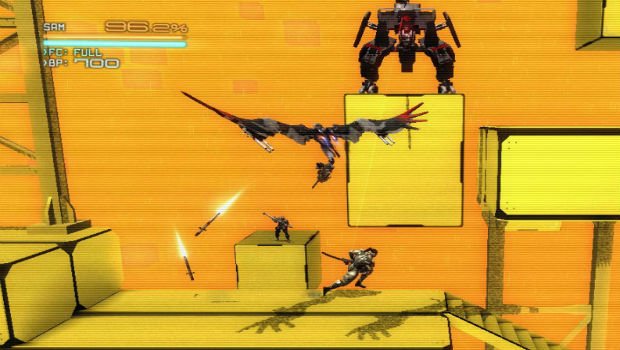 As an odd side note, Sam’s VR missions are tied to the story and can’t be selected individually from a menu, and items can be used in the challenges like they were directly part of his campaign — which is really weird. It’s not a huge deal, but it seems like an oversight, and the ability to use healing items in a VR Mission feels like cheating. Outside of that, there’s five data collectibles to find, six new Achievements/Trophies, and the ability to play on higher difficulty levels.

At the end of the day, I would have preferred a full story of Sam’s exploits in Brazil, actually showing me how he grew as a character with brand new environments (ending in a cool Raiden boss fight, perhaps?), then maybe this entirely reused section as a “Part Two” would be justified — but that’s not the case as is.

Hardcore fans will most likely want to experience Jetstream because it’s more Revengeance, but if you were lukewarm with the core experience, more of the same probably won’t wow you in any way. Platinum Games doesn’t really do DLC all that often, and the studio really need to up its game if it wants to dive into add-ons in the future.