Sparing intergalactic civilization from annihilation isn’t a new narrative construct — all budding sci-fi game writers and novelists must have soggy dreams about weaving this sort of epic — but the foundation isn’t exhausted just yet. In 2007, BioWare released the original Mass Effect, a stunning and colorful sci-fi RPG that had you saving intergalactic civilization from destruction — almost. Its sequel has now arrived, twisting the old foundation into something fresh, inviting, and titillating again. 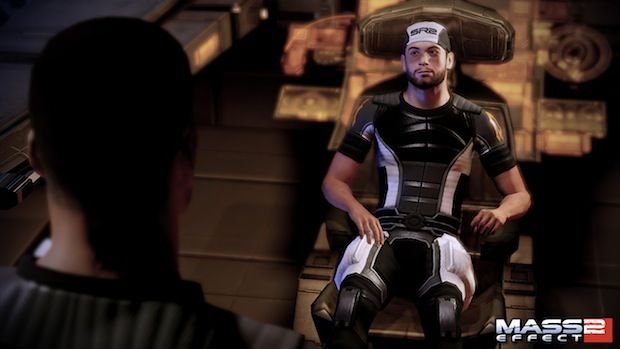 Building on its predecessor, you’ll resume control of Shepard and continue his quest to quash old and new cretins. The same late-’70s sci-fi dreariness still oozes from Mass Effect 2‘s proverbial pores, but there is a noticeably darker shift in tone that permeates the narrative.

Shepard is no longer skipping through the intergalactic garden sowing seeds of virtue and splendor. What he does in this game is dangerous work that could kill him or members of his new crew. It’s a point of satisfaction: Shepard is no longer an invincible hero guaranteed to obliterate evil.

But winning does feel easier this time around. The core Mass Effect mechanics — the cover-based action, the dialogue systems, and galactic exploration — are still in place, but the RPG components have been tuned, refined, and, in some cases, even stripped. Mass Effect 2 is a cleaner and simpler RPG that stumbles ever closer to that ideal duck-and-cover Gears of War model. 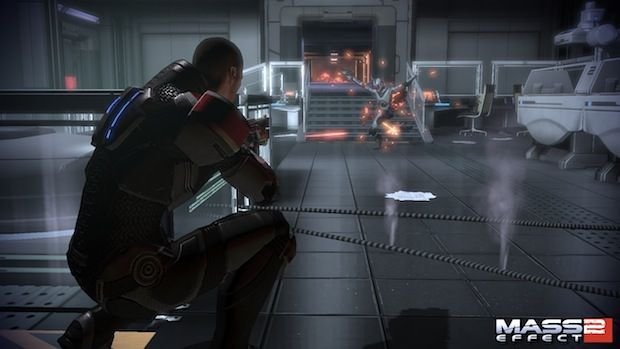 Aided by much-enhanced visuals (with little pop-in), the powerful presentation bolsters the darker tone. The initial ten minutes are rife with chaos and emotion, as explosions threaten what is dear and devour a series hallmark. Not every moment in Mass Effect 2 is as gripping, but there are several stunning scenes that deliver a cinematic punch akin to that of a big-budget action movie or drama.

I’m inclined to believe that so much effort has been put into these lesser cut-scenes because speaking to your squad is a necessity in Mass Effect 2. In most interactions, you’ll be presented with galactic moral shorthand that Shepard expands upon with voice or action. And choice in conversation carries actual weight — your words shape events during the conclusion.

So, you’ll spend a lot of time shuffling through the Normandy’s luxurious innards, visiting squad mates, exploring their pasts, and gaining trust through optional missions and conversation trees.

Mass Effect 2 is a snappier game. Expect to be forced into confrontations or missions on occasion without traversing the “Galaxy Map,” or pressing “A” on a space taxi. This kind of design is great; it keeps things moving and feeling fresh. 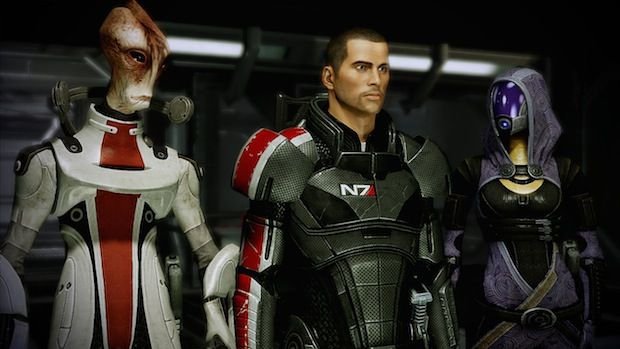 The fluidity bleeds into the navigation system. A small yet informative tab is placed next to relevant clusters and planets on the “Galaxy Map,” telling you which missions can be undertaken at which locations — both in regards to primary and secondary missions. No more wasted time or feeling flustered with the still-vast Mass Effect universe.

On the side mission front specifically, the improved pacing means the MAKO is eliminated. Once a planet is scanned and a landing zone is found, you’ll go to the desired location and resolve conflicts on foot. These diversions are brilliant — each one (of many) brings something new to the game and does something with a subtle piece of the Mass Effect fiction.

Combat is noticeably sharper, though less than ideal. Think of Mass Effect 2 as Gears of War “lite.” Cover is the cornerstone; searching for it is half the battle. But where Marcus Fenix could hurdle and shred his way to new locations with aplomb and trademark viciousness, Shepard cannot. His movement is still just a little too rigid, and the shooting is missing a layer of tactile feedback — larger enemies just don’t respond to fire well.

That said, this is still one of the best real-time action RPGs I’ve ever played. Think about it: I just compared an RPG to Gears of War. If it wasn’t for Shepard’s funny legs and some non-reactive bullet-sponges, I’d compare it directly because everything else works as well as an actual shooter — the stop-and-pop, the in-battle powers, and even squad tactics are on par with the best of that genre. 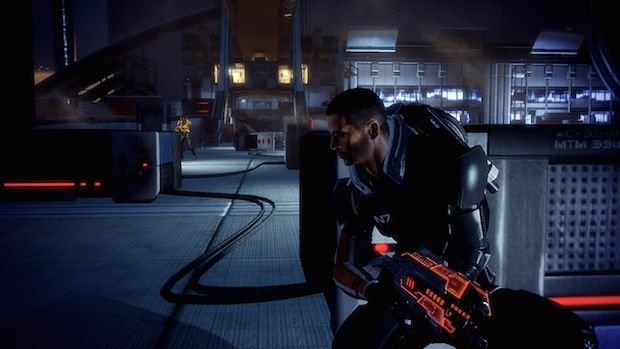 So, combat is improved and much faster than before. Part of that reason is because weapons now use clips, meaning there’s no more waiting behind a wall for precious seconds as weapon heat dissipates. Guns also now have unique identities and different battlefield applications. The right gun is just as valuable as the right type of ammunition (and there are plenty of ammo options to choose from, all of which exploit some core weakness). The other part is that Shepard now has more effective powers that can be tied to the face buttons. On the AI side, however, a radial pause menu construct is still needed to queue single actions.

Perhaps most importantly, there are no apparent dice rolls. Guns are accurate, and damage is based on, in large part, where you shoot. Headshots are vital to the space cop.

In battle, you’ll have to deal with AI squad-mates. Intuitive D-pad management makes orders a snap and, for the most part, the AI is smart: it will do what you want it to and manage itself. But it makes, on occasion, poor decisions if you’re not paying attention to it — a minor issue considering the genre. 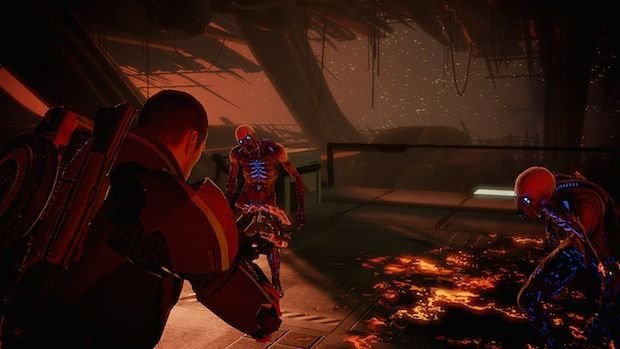 RPG fat has been trimmed. EXP is no longer earned from kills, and the loot-whoring has been eliminated. Mass Effect 2 also has a serious shortage of armor and guns. But there’s a reason for that — a new upgrade system has been introduced, allowing excellent levels of customization.

The lack of EXP from enemies remains a sore spot with me (EXP is awarded after missions or quests). I want the immediate pat on the back for eliminating foes, regardless of the lack of dice rolling. Mass Effect 2 is an RPG, after all.

And what a stirring one it is. The fluid systems — the navigation, the combat, and the quick-fire missions — combine to make Mass Effect 2 an RPG that challenges the genre conventions. The superb emphasis on character development, the gripping plot elements and big-budget presentation aren’t too bad either. I purposefully avoided mentioning story elements here for those who want to read a review without worrying about spoilers, but take note: this game tells a fascinating dark story that kept me wanting to explore, interact and continue with the trilogy.