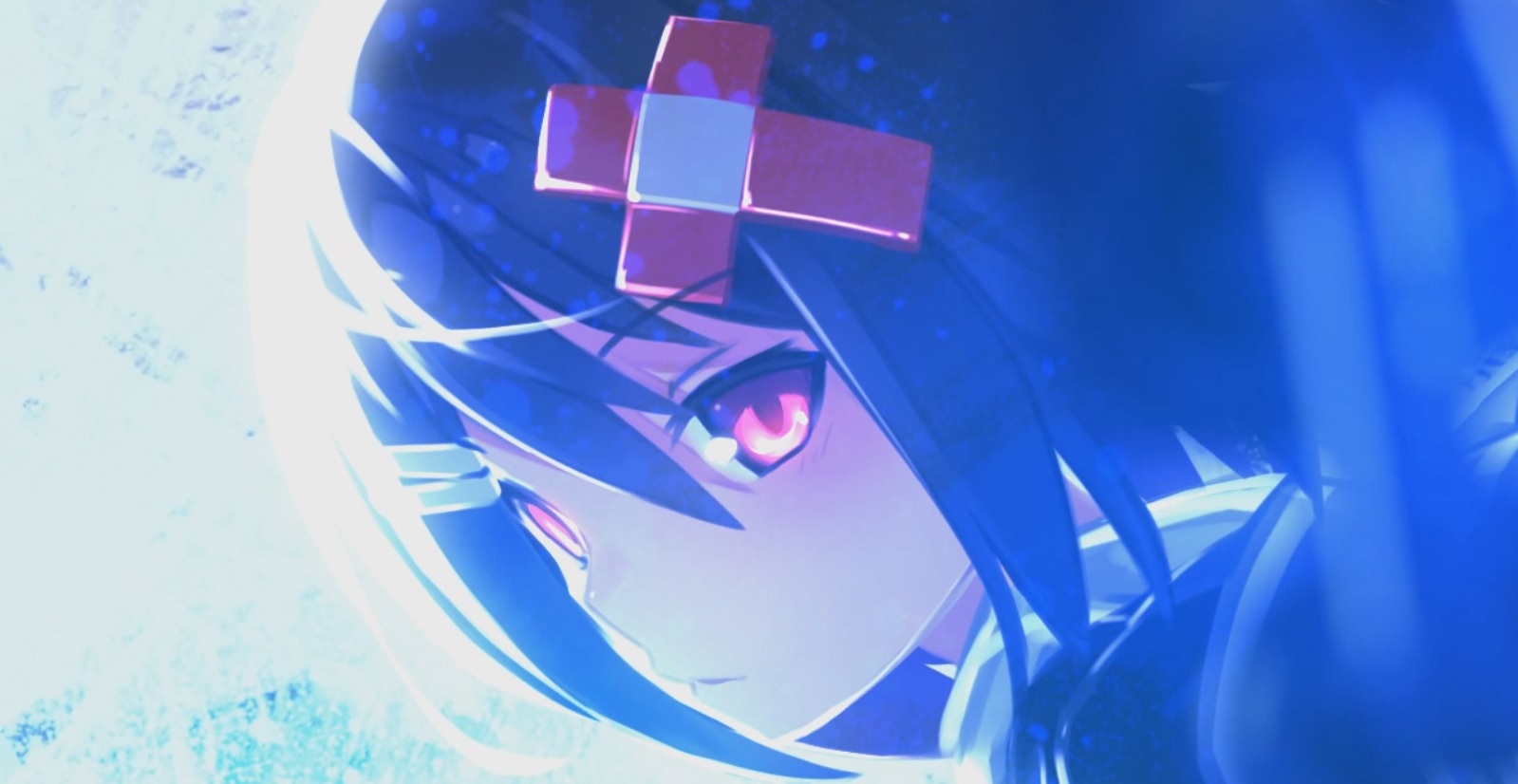 The first-person dungeon crawler transformed for me once I was introduced to Shin Megami Tensei: Strange Journey on the Nintendo DS. Before SMT, my experience was with ruthlessly difficult titles such as Might and Magic and Wizardry, which were incredibly unfriendly starting points to the genre. Speaking of Wizardry, it is an extremely popular series in Japan, so much that the Japanese continued producing games long after the series was dead in the West.

Mary Skelter: Nightmares is thoroughly steeped in the elements of this genre which has been beaten like a dead horse and practically saturates the PS Vita, the platform it was originally ported from. And while it is derivative in just about every sense, and familiar to the bone, it does just enough different to set it apart as being somewhat unique. 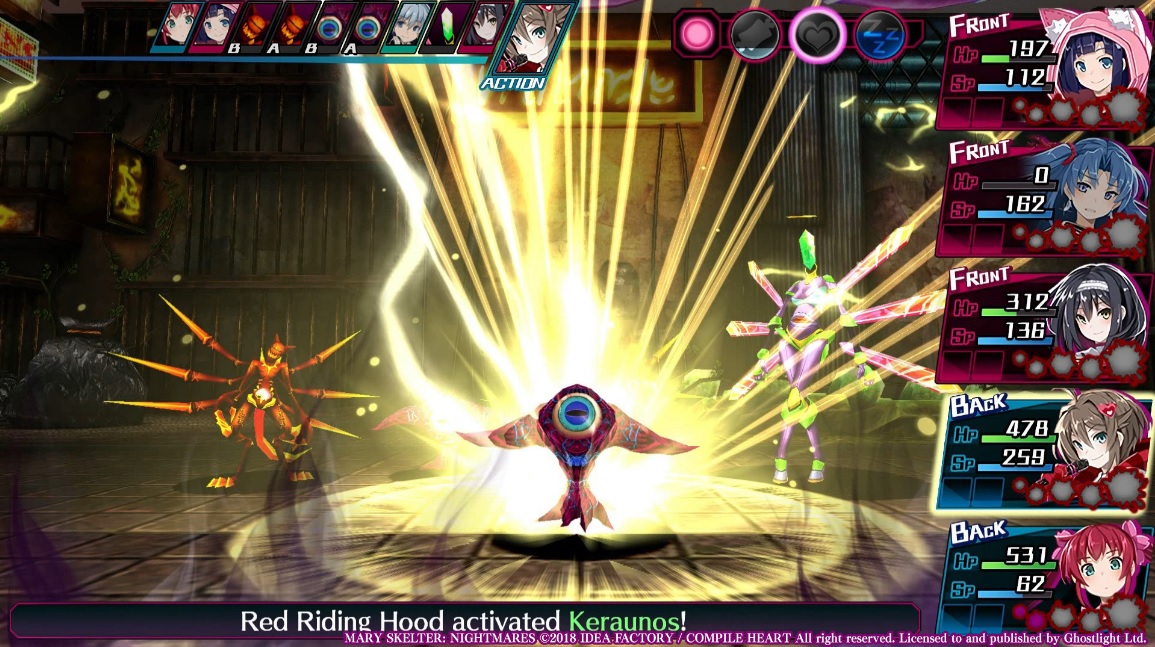 I want to get the bad parts out of the way — namely, the story. Look, these games are made for a particular crowd, and I will happily recognize that what may be droll and grating for me will be someone else’s wonderful guilty pleasure. If you are an anime fan, and have played and enjoyed titles such as Dungeon Travelers 2, what is on offer here will probably be acceptable to you. Many of these games feel extraordinarily similar in their tropes and stereotypes. While something like Strange Journey and to a lesser extent Stranger of Sword City offered a very off-color, doom-filled aesthetic, separating them from the cutesier titles in the lot, Mary Skelter sort of rides the line right in the middle.

You are Jack, a little boy without a backbone surrounded by far more interesting women characters based on different fairytale stories such as Red Riding Hood and Sleeping Beauty. There is an affection gauge you can build with each one (because of course there is). Part of the plot revolves around a blood and “licking” mechanic…and I feel like I have to say very little else about this, or how when the girls go into “massacre mode,” they are stripped down to nothing in the process. This is ecchi at its most chef-kissing perfection, if that’s your jam.

It’s somewhat reserved in this regard compared to other games, and thankfully, the primary focus is the dungeon crawling because the story is a mediocre and boring mess which primarily exists to introduce the nine hundred little micro-mechanics the game expects you to learn. Dialogue trees go on for way too long and are uninteresting, and the characters equally so. You are trapped in a living jail when the story begins, infested by Marchens, the game’s various enemy types.

With your team of aforementioned Blood Maidens, you have to explore this giant prison and destroy different Nightmares, powerful boss monsters who roam freely throughout the mazes and pursue you mercilessly, sometimes even ambushing you while you are already in battle similar to FOEs in Etrian Odyssey, but executed a bit differently. Once locked in battle with these creatures, all you can do is stun them to escape — they will usually one-shot members of your party otherwise. Once you have completed a dungeon, they can be faced head on and defeated, though even this is a tough prospect; Mary Skelter: Nightmares is no cake walk.

All of the story here is a means to an end, and that end is excellent dungeon crawling. Coupled with the Nightmare mechanic, there are puzzles strewn throughout the interconnected mazes, which are often massive in scale. There may be one or two too many fiddly mechanics, with Jack serving as sort of an untouchable permanent back-row member of your party who is unable to fight. He’s resigned to managing the Maidens, defending them and using items to heal them, and making sure their Blood Meter does not fill up or become too corrupt, which can lead to the undesired effect of them going into Massacre Mode. If that happens, they essentially go berserk and do major damage to foes and allies alike, which is sometimes an interesting and risky trump card to play if things are going south.

The less powerful Blood Skelter mode the ladies can go into if their gauge fills up acts as a sort of limit break, accessing additional skills and causing their attacks to do more damage for a turn, and the ladies can lick one another when they have a partial or nearly full meter to bring the meter of their oral fixation back to zero and gain some HP and SP healing and other buff effects. With all this at play, even small battles can feel very engaging. There is always something to manage.

The dungeon crawling is positively addictive. A highly flexible skill point allocation system and a ton of equipment customization through enhancements meant I spent a long time just messing around in menus — something I am quite fond of in dungeon crawlers, where the characters to me are just custom stat blocks. There is a class system as well, as if there weren’t enough variety in the unique skills of each Maiden. After the first couple of dungeon levels, Mary Skelter: Nightmares distances itself from simpler blobber affairs by evolving into a neat little sandbox of tinkering.

The jail being alive adds yet another element of randomization with certain buffs available if you fill up the jail’s hunger, lust, and sleep meters (just…don’t worry about it, it all makes sense in context, I’m sure.). This gives the dungeon itself a personality past being another series of mazes, however thinly veiled said themes happen to be. 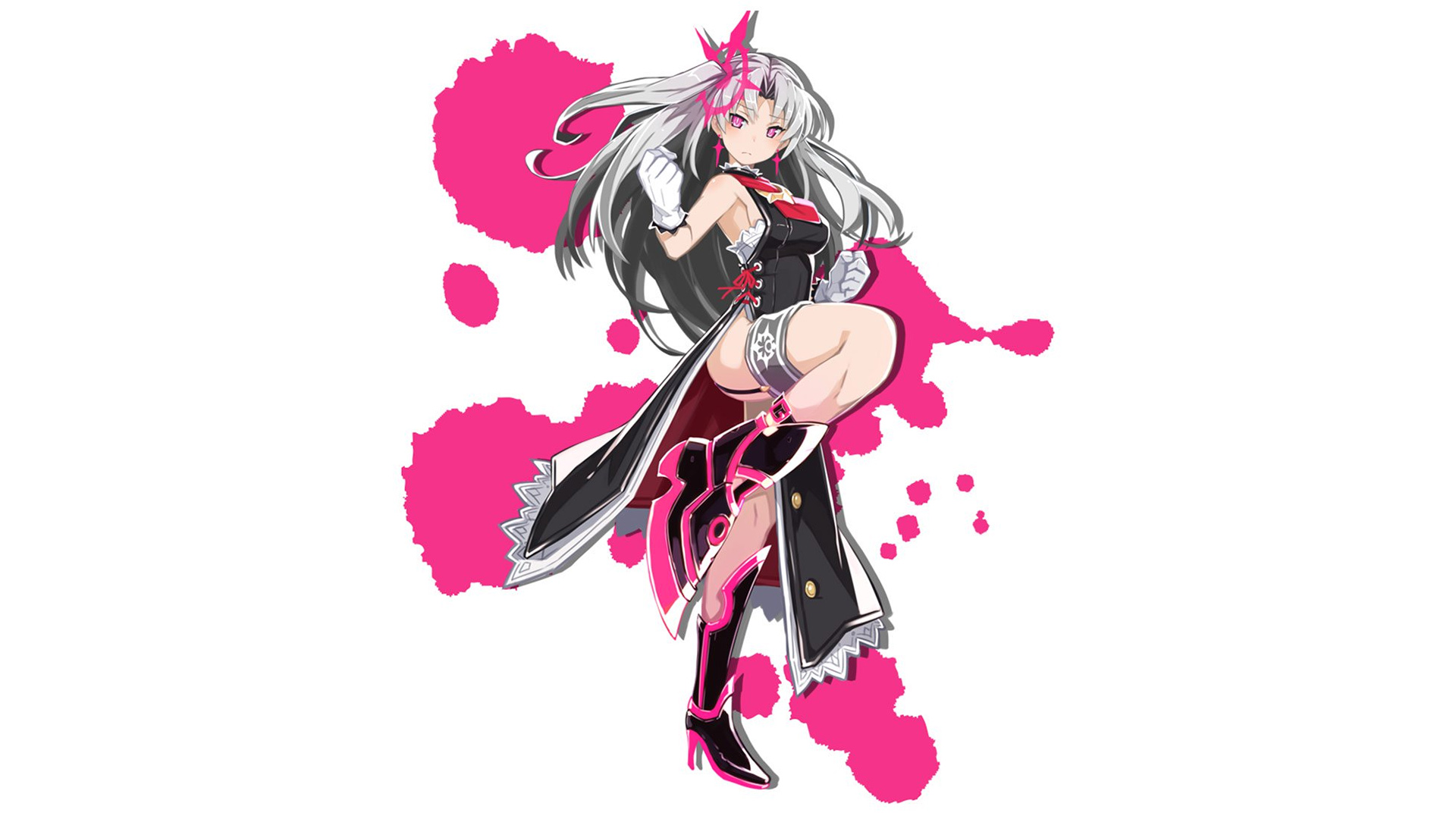 The game is fairly forgiving in its systems as well. Dungeons are connected to one another allowing for easy movement in between and out of them, and an early ability one of the girls has is to place a portal out of the dungeon for a very small amount of SP. You can freely exit the dungeon using this skill at just about any time, and save just about anywhere, but if you go back you will need to travel through the maze again to return to the point you left. That said, if this sounds repetitive or grindy and that bothers you, you’re better off playing something else. Mary Skelter: Nightmares fully embraces its dungeon-crawling roots, and is unapologetic about them, and I loved it.

Mary Skelter: Nightmares therefore treads fun but ultimately familiar water. There is something about it which strikes me as different from other titles in the genre, and the amount of tweaking you can do to build a unique party is welcome. It’s a fun, competent RPG with a unique presentation, but I would approach with caution if you absolutely can’t stomach another dungeon crawler.

It kept me engaged and having fun throughout, apart from when I was skipping dialogue trees as quickly as possible to preserve my own sanity. It’s a great blobber despite a dull story, and was fun enough to warrant hitting the “skip” button several thousand times in order to get back into the action.

[This review is based on a review copy provided by the publisher.]