The one thing we need on Switch is a new Super Monkey Ball. Sega has been slumping when it comes to that property; the last one I played was at a Chuck E. Cheese’s and was nothing but bad ticket-earning fodder. That’s a pale comparison from where Super Monkey Ball 1 and 2 sat on the GameCube, as a couple of the best arcade-style games on the console.

Never mind Marble Madness on the NES, Sega Genesis, and arcade which was arguably the best marble-based game on those platforms. (Prove me wrong.) The game was simple; you navigate a rolling marble around an isometric 3D grid trying not to fall off the edge. There are obstacles and enemies in your path. You try to go for the high score.

In Marble It Up! you navigate a rolling marble around a 3D level and try not to fall off the edge. There are obstacles in your path. You try to go for the high score and get gold medals on each of the forty stages. 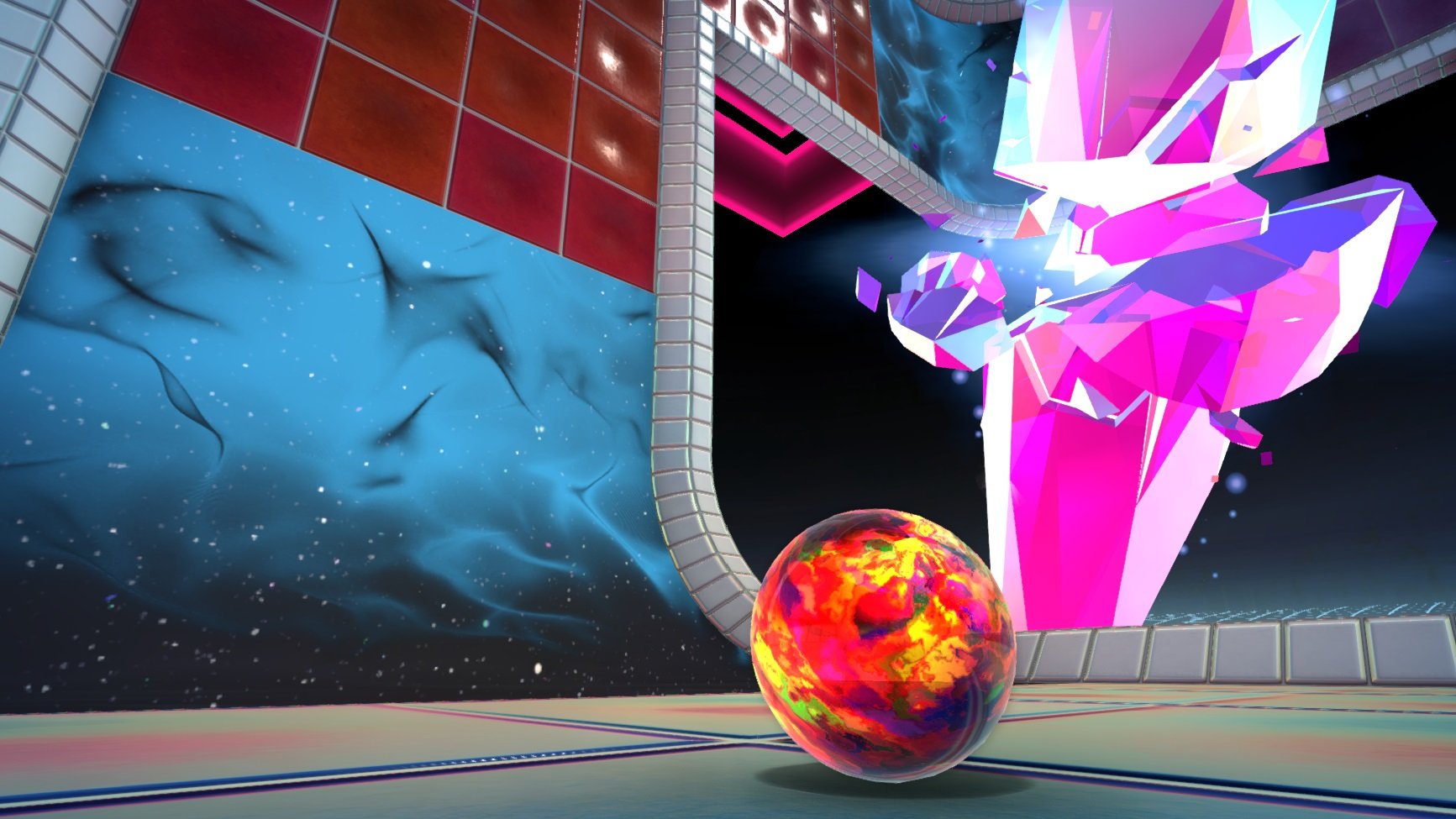 I don’t have a problem with this general flow. Because Marble It Up! has some tricky spots later on, it’s a fun one for completionists. It’s a short game, but a well-executed one, and that’s all it needed to be really. (You can argue about the $19 price tag among yourselves – I have never been too shook up about game pricing personally.) But the reasons why it works are specific mechanical ones, and to understand why Marble It Up! is better than just a throwaway mobile experience, I need to get into them.

First is the way the marble actually feels. It has just the right amount of inertia, weight, and resistance. Unlike Monkey Ball where you are moving the actual level around like a wooden maze game to move the monkey, here you are controlling the marble itself. You have the ability to hop, and there are some additional power-ups you can collect to do things like boost and high jump. But it’s even simpler than Marble Madness in some ways, like the fact that there are no real enemies — just moving platforms, blocks that will push you off the ledge, ramps that change the gravity of the stage allowing you to wrap around certain platforms and areas, and a whole bunch of hills, ledges, and narrow paths to traverse.

Because the weight of the marble is so perfectly balanced, everything you do to screw up is your fault. Monkey Ball had some absolutely insane level designs that sometimes felt like luck to get around. Marble It Up! is far more reserved in this area, which makes a good portion of the game a fairly banal initial challenge. Sometimes you will need to collect gems in a stage to get to the exit, other times it’s a straight gauntlet to the finish line, but there are usually liberal checkpoints scattered throughout meaning you don’t often lose a lot of progress. However, falling off the edge and respawning will not reset your timer, so your final score will inevitably suffer and likely cause you to lose that gold you were shooting for.

There are some extras here. But they are insanely laughable. You can unlock skins. Skins for your marble. You can get different colored marbles. I guess that is something.

To sum up, Marble It Up! is an extremely limited package as it stands. There isn’t a huge amount of levels or things to do. One thing it deserves praise for is its excellent soundtrack. For something that initially came off as “baby’s first Unity game,” I was stunned by the level of polish put into the sound and visuals. Graphically, it’s a retro, minimalist trip which owns its very eighties arcade vibe. It’s extremely pleasant to pick up and play for that reason, but if you are going for a straight play through of the main content, the ride is short and sweet, maybe a couple of hours at most.

If you have been waiting for something approaching a new Super Monkey Ball, or just want a pretty direct translation of the Marble Madness formula, Marble It Up! has you covered. Just don’t expect a lot from it and you will probably be very satisfied.

[This review was based on a retail copy provided by the publisher.]