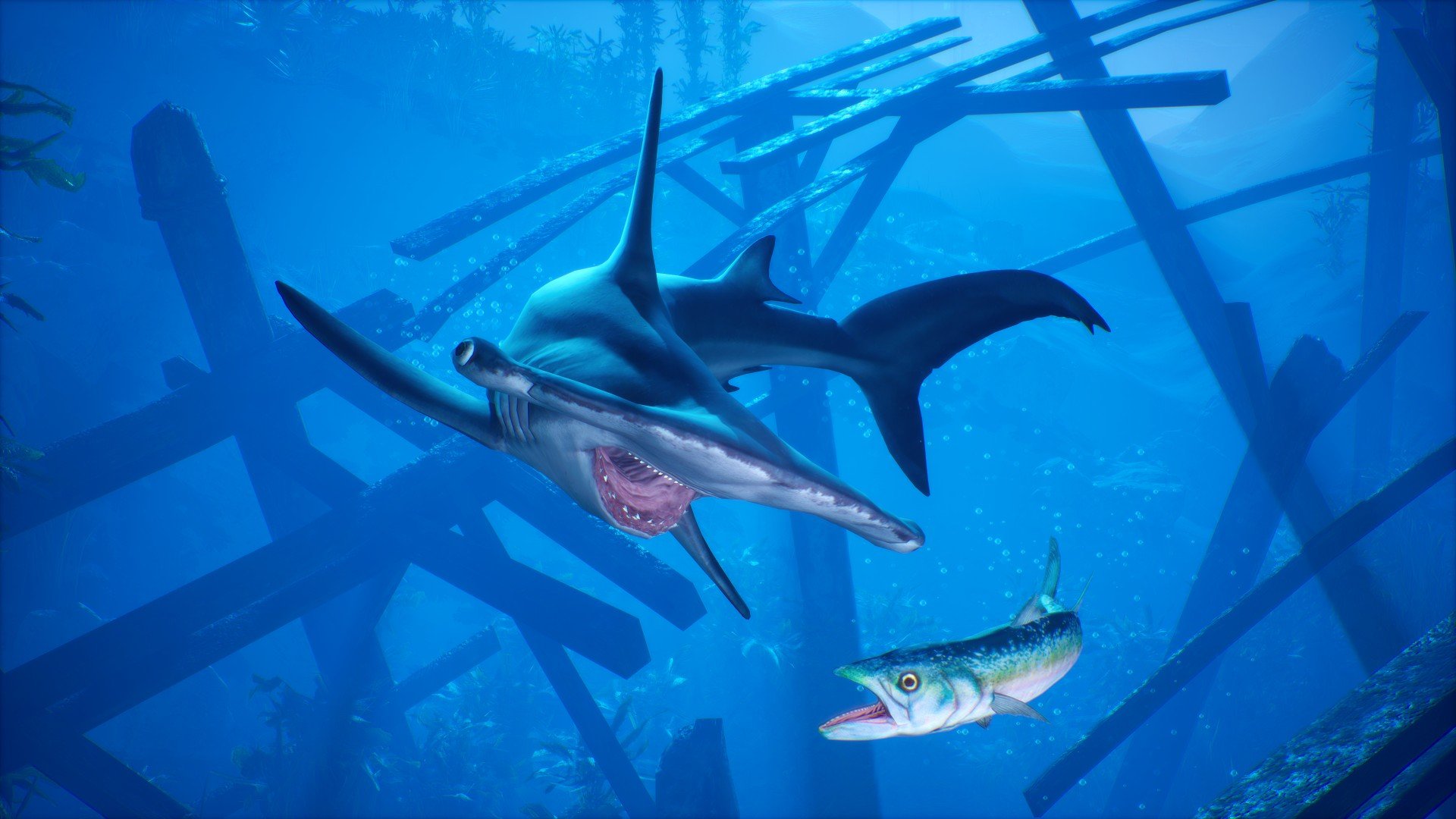 Ooooo here she comes (totally original subheader, do not steal)

Maneater is exactly the kind of bonkers idea we need right now: a people-eating shark sim.

I know what you’re thinking though. While there is plenty of dumb meme potential baked in, Tripwire actually managed to create a fun little arcade foundation for all of that madness to stand on. 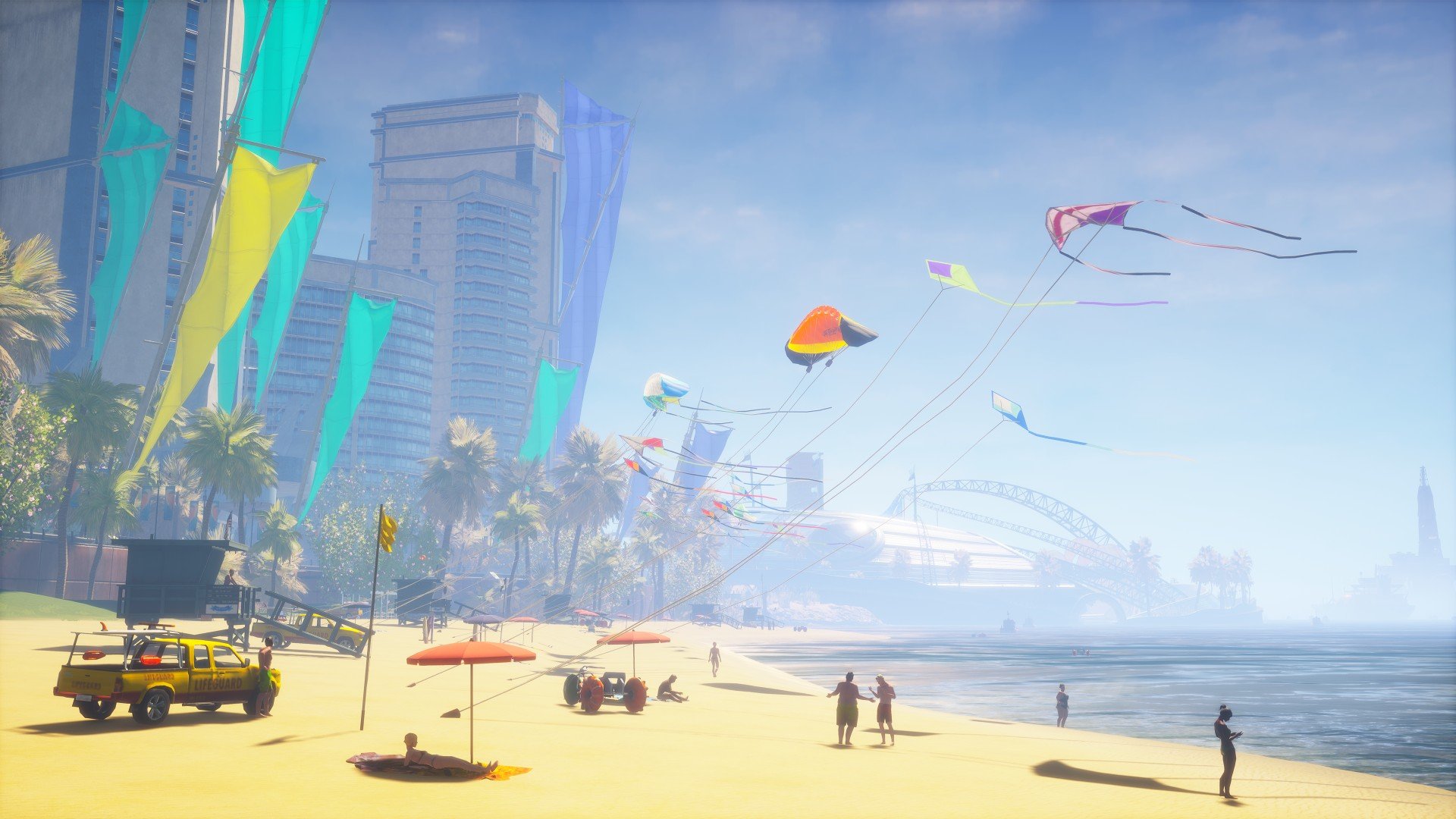 While this idea would be stale and gimmicky in the hands of a lesser studio, this is Tripwire we’re talking about (with Blindside Interactive): the same people who brought us the endlessly entertaining Killing Floor series.

The thing you need to realize quickly is that Maneater wears its campiness on its sleeve. Your main foe is a Cajun hunter who considers killing sharks “his sacred honor.” Killing 10 innocent beach-goers is your first “main quest.” The insanity keeps ramping up from there. You can comically breach on land where you have a reverse oxygen meter. The whole thing is framed around a Deadliest Catch-style reality show with Chris Parnell’s “Dr. Spaceman” voice serving as a narrator, which cleverly gives it a hook.

Maneater‘s other key DNA strand is the ability to level-up and evolve, growing and taking on new customizable body parts. The first thing that comes to mind is E.V.O.: Search for Eden for the SNES. I rented it on a whim one day and it completely dominated the next five days (ah rental periods) of my life. Similarly, you play as an evolving, rampaging creature with options for said evolutionary track.

And really, that’s the only thing that I can think of in terms of a direct comparison (Spore is a little different): a nearly three-decade-old Super Nintendo game. While many publishers like Devolver market “wacky and unique” experiences as a constant selling point, this one hits that mark more than most games in recent memory.

The core gameplay, as previously mentioned, is extremely arcadey. You’re going to be mashing that “bite” button a whole lot (it can get tiring), as well as the defensive-minded tailwhip (which you don’t really need) and dodge buttons. Our sharky protagonist can leap out of the ocean and chomp people off of boasts; and comically, bosses — outside of a few scripted ones that have armored boats — can be chomped like any other person for the most part.

To achieve all this you’ll need to navigate a very wonky lock-on system (that’s more of a “camera focus”) as well as an uncooperative camera. Here’s the thing: I can easily circumvent strange camera angles as long as I have control and can compensate. But in Maneater, the game constantly shifts between a “skimming” camera and an underwater one. It’s hard to reconcile the two during a huge boss fight when the game is fighting itself; trying to figure out which focus you want after a pivotal lunge.

Then, moments later, you’re back at it, smiling again. Having a shark flop around on land for extended periods in a Sea World parody park, eating people in the stands, isn’t something you see every day. There’s a lot of exciting moments with beast-to-beast combat, where it almost feels like a jousting match of apex predators. The constant stream of shark facts (again, enthusiastically delivered by Chris Parnell) is sure to delight, and the beautiful environments remind me of the recent bold and bright Hitman 2 aesthetics from IO Interactive.

It’s also interesting how adversarial the game is. Humans are constantly looking for you like GTA cops. Gators, other sharks, or even aggressive fish, just plain hate you. There are no real “friends” or “helpful NPCs,” you kind of just kill and eat everything. It’s refreshing! 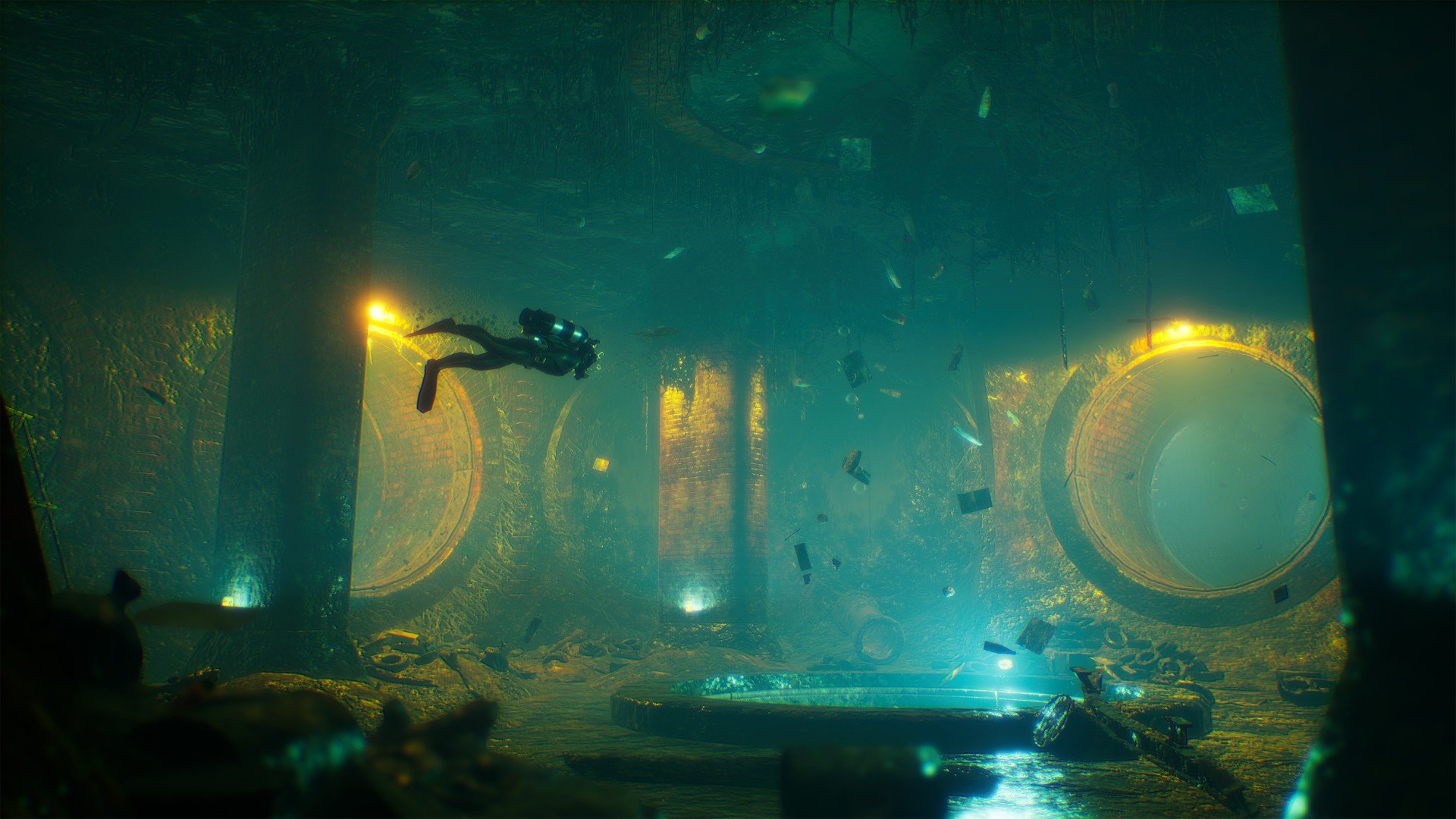 Amid all that madness, it does become apparent that some of the RPG elements feel tacked-on or rote. You can take on enemies two to even three times your level with a certain degree of skill, but the leveling portions feel like an attempt to stretch out the game. “Quests” are usually “kill things” as you propel yourself toward the end of the “story.” That’s…mostly fine! This is an arcade action game: it’s almost framed like a beat ’em up, stage-by-stage.

As far as open-world comparisons go, the structure actually reminds me of the last few Far Cry games (right down to the “named” boss enemies with big bounty rewards), for better or worse. There’s “hidden package” open-world collectibles to find, hubs you can fast travel to so you can level up, and plenty of sidequests. The campaign will run you roughly 10 hours; slightly more if you do everything.

Beyond my umbrage with some of the RPG elements, there’s also the matter of Maneater-specific minor bugs. You can’t fast-travel unless you’re out of combat, but many times there would be no enemy in sight (and no one searching for me) and I still couldn’t trigger it. Some NPCs don’t count for quests even though they’re the same exact type and right in the target area. Many of the “apex” creatures (minibosses) are just bigger models with the same strategy. Again, it’s mostly minor, but it adds up.

Maneater squanders some of its potential, but it’s perfect for a rainy weekend when you’re craving something original. With some tweaks and patches, it’ll have an even brighter legacy; or at the very least, become a cult classic alongside more out-there projects in gaming history like Stubbs the Zombie.