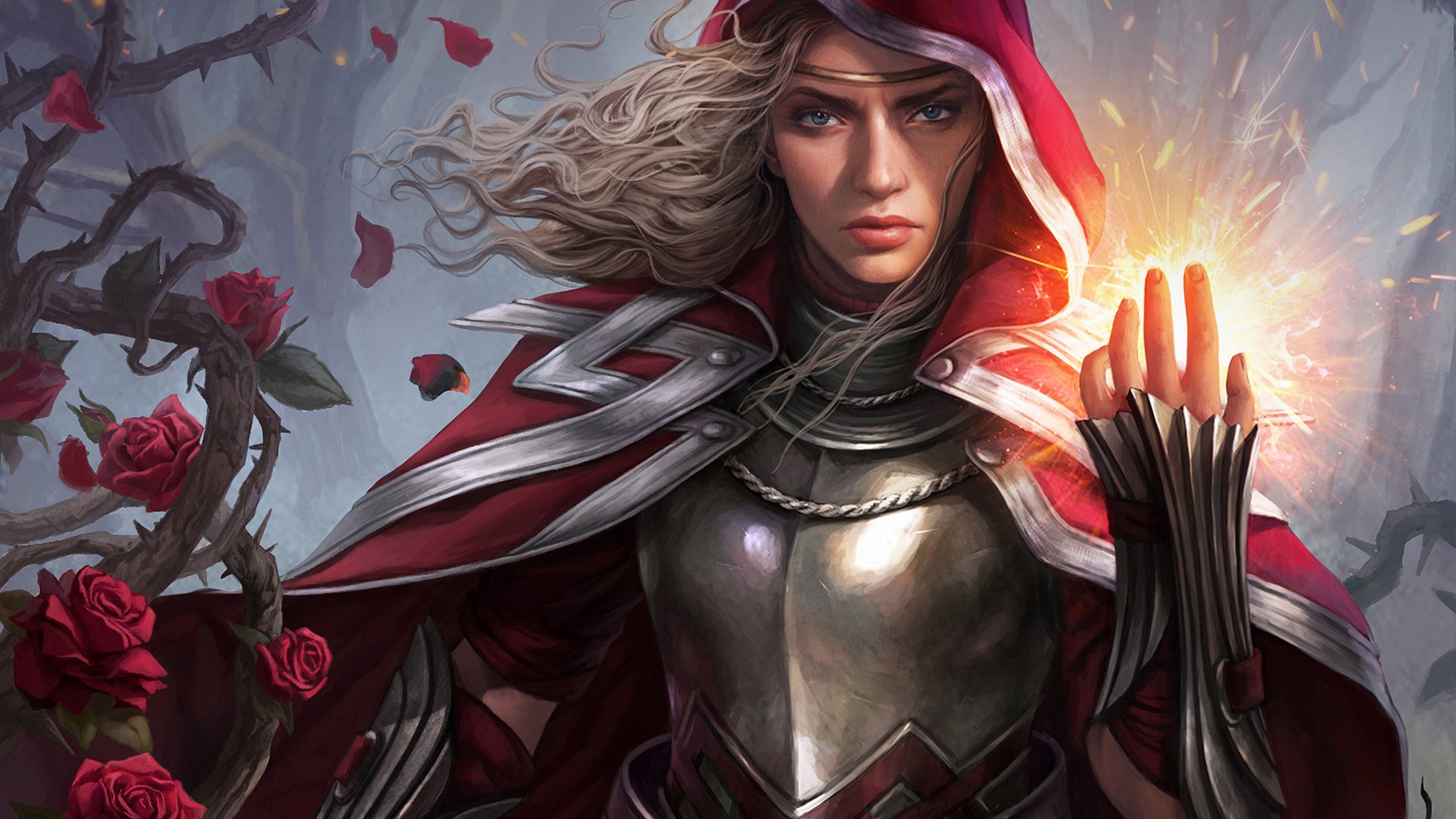 The first time I touched a Magic card was 1996, and within moments I was entranced.

The idea of building decks (made easier when groups of friends donated a ton of cards to a cube) was something completely foreign to me, like choosing party members in a JRPG had been years before, or picking which Mega Man level to tackle next.

That was the power of Magic, and in the two decades plus since its release, that spark has endured. Magic: Arena is basically a recreation of that strong base, with its own set of monetization problems to boot. 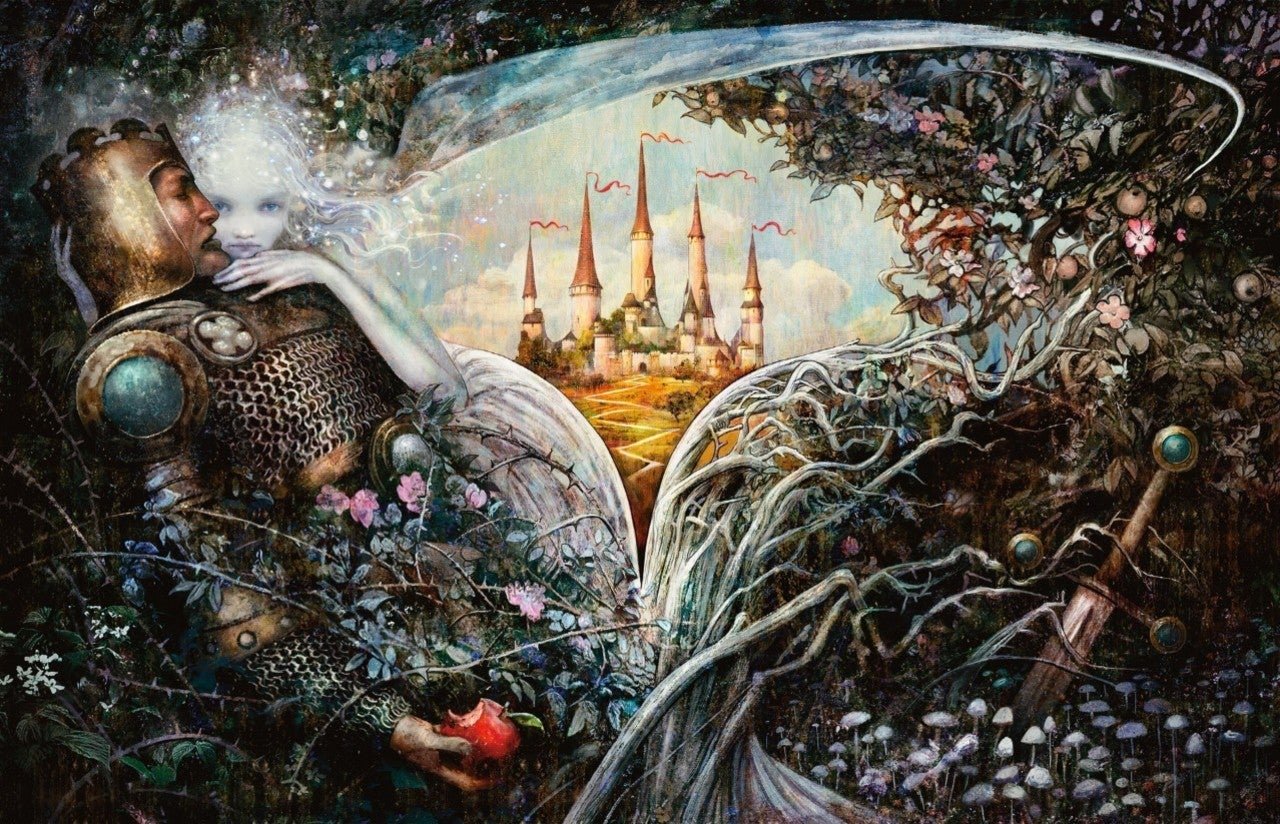 Magic is one of the most popular games in the world for a reason: it’s still good after all this time.

My history with Magic started when it really took off, and periodically over the years, various itches flared back up (I think it’s a permanent rash now), calling me to play. The key thing is that at any point I could pick it up, and outside of learning a few keywords here and there — and the concept of Planeswalkers, powerful summon-like cards with their own spells — I could play without much fuss. It really speaks to how powerful Magic‘s core design is, thanks to Dr. Richard Garfield, its still-active creator. So when I say that Arena is basically a 1:1 re-creation of the base game, you can see why it would be so appealing.

If you’ve never played Magic before, players take turns laying down lands (mana to pay for spells), and “casting” spells, which range from creatures that stay on the board to inflict damage or defend, to instant or sorcery speed spells that deal direct damage or manipulate the board state. Much of the nuance of Magic relies on “the stack,” wherein players are allowed to directly “respond” to spells, with the last-casted spell acting first. So not only does what you cast matter, but when you cast it.

There are hundreds of different styles of play, but most official forms center around “standard,” or, about a year-and-a-half’s cycle of current cards (which is what Arena favors, and I’ll speak to later). After acquiring cards in packs — or singles, which is possible through turning in “wild cards” in Arena — you can create a deck to your heart’s content, featuring any number of the game’s core colors: white, blue, black, red, and green (and colorless, if you want to get technical).

Red generally is aggressive and aims for damage, white generally is defensive and favors healing, blue generally counters spells, but you can slot just about any archetype into any color combo. Deckbuilding contains a lot of Magic‘s appeal, as you can opt for super competitive builds that create new metas, go for accepted-upon “net decks” and just focus on playing the game, or craft “jank,” some of which contain crazy instant-win combos when the stars align perfectly. The world really is your oyster, and Arena, which supports just about every standard card in the game currently (99.9%, outside of bans here and there), is ready to facilitate your dream deck.

Before I dig into all of the shortcomings of this digital iteration (of which there have been many failures and small successes), I have to really drive home how much fun I’ve had in both paper Magic and Arena this past year. The game is in a great place, whether you’re favoring the meta or creating crazy jank, and up through the last rotation I had 25 viable decks ready to go in Arena for the cost of roughly one or two paper decks.

It really is a 1:1 version of the game, with the ability to hold a button and completely stop to take in every single card interaction. I also can’t tell you how much I appreciate not having to bust out 25 paper tokens when playing a Selesnya deck, and having them populate almost instantly (or using a helpful interface for a “put any card you own from outside of the game into your hand” cast instead of leafing through a binder).

Individual interactions are also a little more fun with animations, like when a fairy swoops in and scoops up a card, throwing it back into an owner’s hand. Wizards went above and beyond their competitors in a lot of ways, accounting for thousands of card synergies in the process. It’s insane how many different types of cards there are in Magic, and all of them are able to seamlessly work together. This is a massive accomplishment on the part of the development team.

So the game rules, and Arena is a fast and fluid way to play it: the only thing is, there’s still stability issues with the client. Having played since the game went live last year I’ve seen it get worse and worse, to the point where my high-end machine is sometimes chugging in the middle of a game. This matters in a time-sensitive match, especially when your opponent is disconnecting due to a glitch (which triggers the insanely lengthy “rope” timer that’s about twice as long as it needs to be on any given occasion).

Arena also lacks basic 1.0 features like a friends list. Right now you need to do a “Direct Challenge” to play with someone, which involves manually inputting their username (with a hashtag and numbers) every time you want to connect. There’s no way to save their name, so if you have a ton of friends who play Arena, I hope you keep a notepad file handy and get used to copying and pasting. When so many other card games have full social features, any “toxic” excuse isn’t cutting it: Arena needs a way to expand and facilitate community interaction.

Paper Magic has its own problems, to the point where there are hundreds of hours of videos released each and every week about where Wizards is going wrong, why certain cards are too powerful, and why many top-tier decks shouldn’t cost $500-$1,000. Arena dodges a lot of those calamities, cutting down the cost of high-end decks considerably with a mostly generous system of doling out free packs, but also injects its own problems into the mix — some of which, like paper, are created by Wizards itself.

Right now, the wild card system is still rudimentary, even out of beta. Rare or mythic-tier wild cards can be hard to come by (I have over 200 common and uncommon wild cards, but zero rare or mythic), and there’s no way to “dust,” or get rid of unwanted cards for currency. There’s also a very wonky unseen “vault” mechanic where over time you’ll earn a ton of wild cards, but Wizards has referred to this as a short-term solution. I think Arena beats out some other digital card games when it comes to its free-to-play scheme, but has a long road ahead of it in other spots.

Another major issue is how old cards are handled. Right now Wizards plans on adding a “historic” mode into the game in November, which allows players to use non-standard cards in specific modes. Not only was the company planning on charging two wild cards per historic card (a policy they’ve since reversed to be 1:1), but they also want to ease historic in with “limited” modes and bar players from earning quest progress (which rewards in-game currency). As of right now, you can’t use old cards in Arena, and who knows what will change from now until the time historic goes live. This sort of long-term purchase protection is definitely a cause for concern, because unlike Magic Online, you can’t sell anything and cash out (the idea of this translating into a modern game like Arena is quixotic for sure, just something to be aware of if you’re coming from MTGO).

The “Mastery [Season] Pass” also has room for upgrades. What started off as a catastrophic failure slowly morphed into something more acceptable, that had plenty of “free progress” band-aids along the way. Players can opt to buy a Mastery Pass for 3,400 gems ($19.99), which nets you “$200” in rewards if you happen to finish it all the way. Now I did complete my pass for the previous season just two days before the launch of the 1.0 set, but only because I played it nearly every day.

Instead of offering unlimited XP like every other season pass in the business, Wizards caps XP by only allowing daily or weekly (15 wins) quests to apply progress to the pass. There was an absurd solution near the end of the lifecycle of the pass that allowed for unlimited XP, but it was in the form of an unwieldy special mode that catered toward the upcoming standard rotation (which happened this week digitally). There comes a time where a season pass, which should be inviting, becomes a tool for baiting players into having a fear of missing out and straight-up becomes work.

The pass is optional, which is why it didn’t severely impact my enjoyment of the game. But it’s indicative of a bigger problem with Arena, in that Wizards is trying to throw every monetization concept at the wall to see what sticks, begging for forgiveness afterward: classic door-in-the-face technique. I sincerely hope Wizards continues to garner trust and create ways to keep people playing the game (where the money will come naturally), not scare them away from it for short-term gains. I want to see Arena succeed.

Magic: The Gathering Arena is an absolutely brilliant recreation of Magic only held back by Wizards of the Coast’s monetization strategy and some unfinished business. With more of an open mind toward new modes of play (plus ways to keep your old cards relevant) and a better client, this could be the definitive way to play the best card game in the world for the foreseeable future.