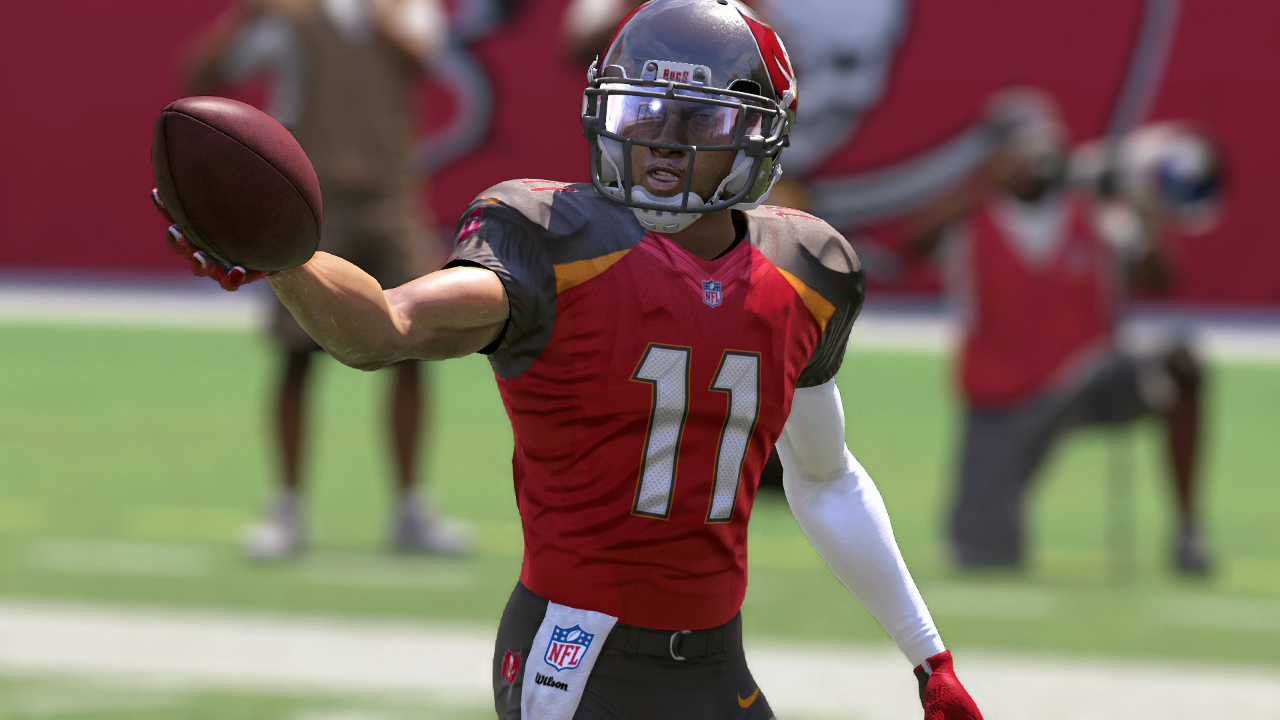 It was a long shot, but it succeeded

As the start of the football season looms, the annual Madden arrives on store shelves. This year’s edition is a bit different though. Of course most of what’s here is the same Madden fans are used to with roster updates, and even the newer Ultimate Team mode. The big addition, however, is a story mode following QB Devin Wade as he tries to make an NFL roster.

The story mode, titled Longshot, is much more than just some cutscenes shoved between regular games. It’s similar to the story mode in NBA 2K14 (and I assume newer entries) in that there are adventure game-like choices to make, but it’s far more in-depth than some dialogue choices between full games, and thus is much better. 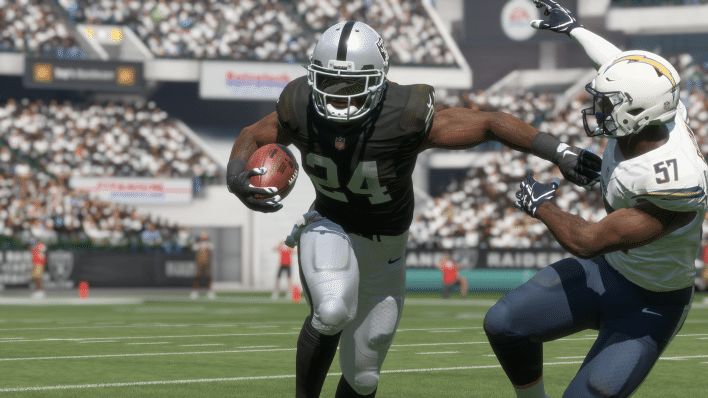 More of a college fan than an NFL one, I spent year after year diving into each NCAA Football release. I had played Madden here and there with friends, but this is the first entry I’ve sunk my teeth into, thus I can’t compare to previous entries.

The football is football. It feels much smoother than the older NCAA games. Holding down one of the shoulder buttons as a cornerback to automatically follow a receiver before making a play on the ball finally makes me not so afraid to play in the secondary and get burned.

I did notice some similar frustrations that I had with even the NCAA titles in the past. Running through the line never feels quite natural as both OL and DL jitter around and sometimes seemingly teleport into tackling me when it appeared they were blocked and I had a big hole. That much is perhaps unavoidable in a video game. I also get really tired of threading the needle and placing the ball right on my WR or TE’s hands only for them to drop it.

That happens whether I let the AI catch it or taking control and pressing triangle to user catch. It happens a lot on defense as well. Time and time again I felt spit on for jumping a route and making what should be an interception only for the CB to drop it or even bounce of his hands and pinball around between six players comically (because no one can catch a tipped ball either, it just keeps bouncing off of players’ hands). Most of my interceptions came from uncontrolled AI CBs catching things they probably shouldn’t have. I understand drops happen, but it happens way too much, even when I got fed up and adjusted the catch slider to 80.

Flags feel bullshit as always. In all my years of watching football, I’ve never seen an offensive linemen move because he didn’t know the snap count; it’s always in reaction to a defender looking like he’s going to blitz or makes some shift. Yet here, the age old false start issue persists. On 10 plays where you do fake hikes, five of those times nothing will happen, and four times your OL will have a false start. Only one out of 10 times will the defense jump offsides. You don’t get a chance to tell the team how many counts there are in the huddle, so the offensive AI should be designed to understand the count is just however many times you do it. So you might as well never do it unless you’re playing versus a human player.

There’s also a bit too many offensive holding calls on the player. In my 19-0 franchise, I got an average of two per game while the AI opponents never had a single one in 19 games. It’s ridiculous to punish a player for something they can’t control, and if the design is that holding percentage increases if the QB holds the ball for more than X seconds it’s still bullshit. Let the numbers on the stats of the OL and DL crunch to determine how long they can be blocked and let me try to scramble or get sacked if I take too long, but don’t force a punishment because of a real world suggested time limit in the pocket.

It’s a poor attempt to implement as many aspects of football into the game as possible even if it’s not necessary, just like instant replay. Look, this isn’t a real game with humans on the field making calls in real time. It’s a video game, you can program it to know if that WR got both feet in bounds on the catch or if that runner’s knee was down before a fumble. In the history of these football games, if the game is not super accurate on some play and it looks like he had half a foot out of bounds and you challenge it, it will still default to its original judgement anyway; there is no human reviewing the play. It’s just a waste of time.

Anywho, I was not super impressed with my first go at Ultimate Team. You collect players new and old to add to your team, choose the name and uniforms (from existing team uniforms), take on challenges, and compete against the CPU or other players. Playing the challenges will get you points to unlock player packs, but it’s not feasible if you really enjoy this mode. Paying with real money via toxic microtransactions is the only way to realistically build your roster, but why even? The challenges I thought were going to be like the classic plays from older NCAA Football games, but they didn’t really choose any good plays to relive. Most of them are some story about a team that sucked and you have to complete a regular, generic drive. They want to suck your wallet dry in this mode so just stay away.

Franchise mode is what you’d expect. Play 16 games, the pre-season if you want, and then the playoffs. There are in-depth drafting and trading systems, and players improve after each game as you can add points to one of several attributes such as route running or catching for a WR. Before each game you can play out practice to prepare for the types of plays the upcoming opponent typically runs, but like me you may do it once and simulate the rest of them.

Since the nature of NFL and the NCAA are different, I can’t quite fault it for not having all these updating stories or a fake magazine that tracks the top 25, players aiming for the Heisman, conference races, etc. However, it does feel like there could be more. There are some fake news headlines talking about the latest games but they’re a bit lackluster and that’s all there is. There’s no trophy case to fill either. It’s much harder to imagine your franchise as a story than with the past NCAA titles, but luckily there is a dedicated story mode. 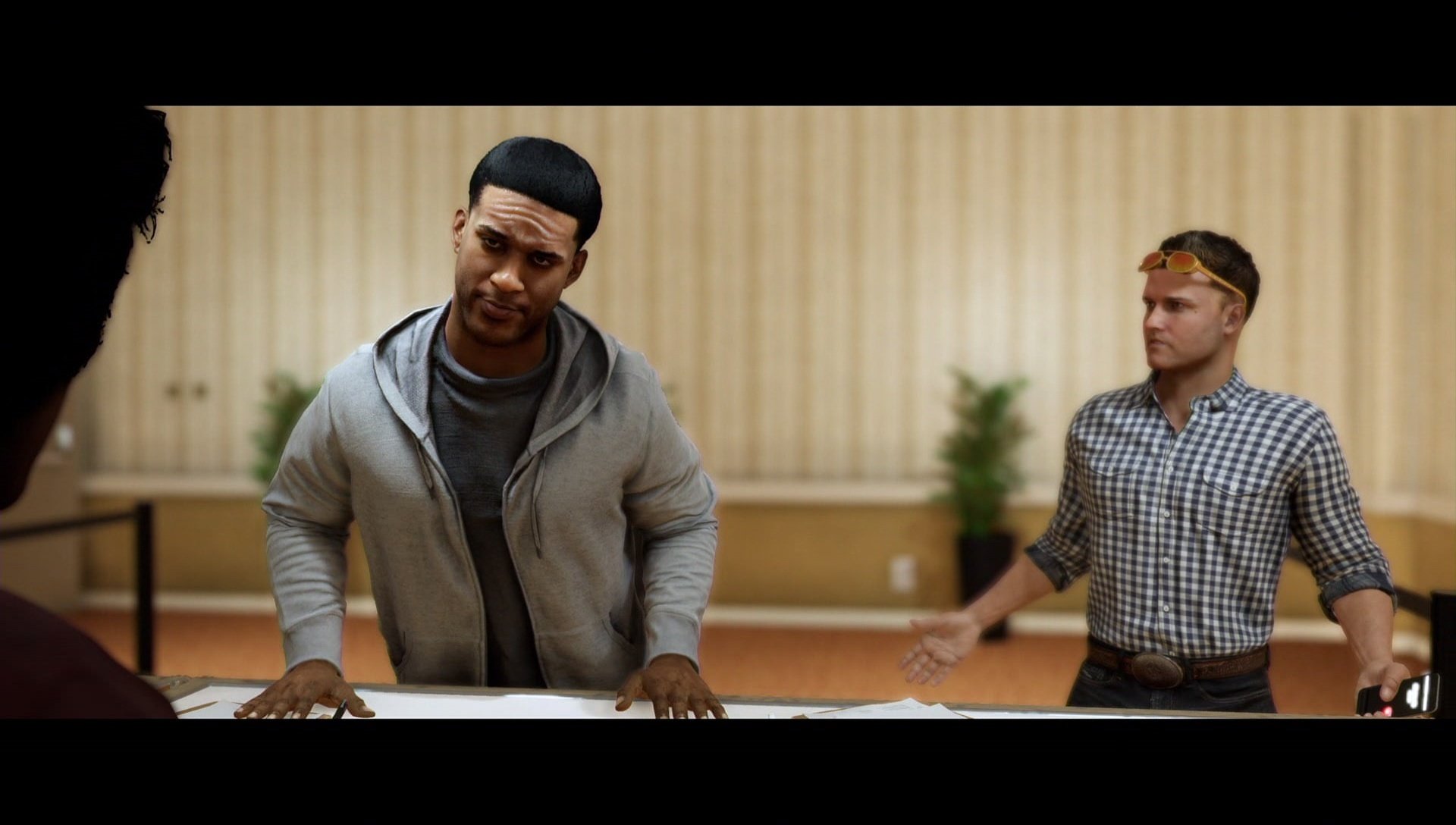 Longshot is Madden‘s first go at a story mode and they nailed it, mostly. You follow Devin Wade, a former high school state champion QB who played a few games at the University of Texas quitting football. Three years later he heads to the NFL combine with his best friend, Colt Cruise, and gets dragged into a TV show called “Longshot” where he competes with other “longshots” for a chance to prepare for the draft with a seasoned coach.

At the beginning you’ll get the impression it’s just a Telltale-like adventure game, having to choose options within a certain time frame. Dialogue and action choices typically are only two options that will affect Devin Wade’s player grade as NFL scouts are always watching for character issues. But instead of walking around like in a Telltale or Quantic Dream game, most of the mode is cutscenes, earning the description “interactive movie.”

It’s not completely without gameplay however. On top of choices that are often difficult, in your training you must read back plays from memory, perform quick-time events in games, guide a pass to its receiver, answer trivia about football plays and formations, and yes, play regular ole football. The football sections are not full games, but expedited flashbacks of high school or challenges in the Longshot TV program such as 7-on-7 scrimmages. As Devin Wade you play primarily at QB, but there are times you must control him as a CB on defense as well.

How you perform equally affects you rating as choices that in the end should determine if you get drafted or not. I did not get a chance to play through it a second time to see how different decisions affect the story, the ending, or relationships between characters but there are a lot of signs that it will not change very much if at all. Even if not, the story is overall exceptional and engaging. There’s never been a game where you follow a football player’s personal journey like this before, and the way they pull it off makes that hard to believe. 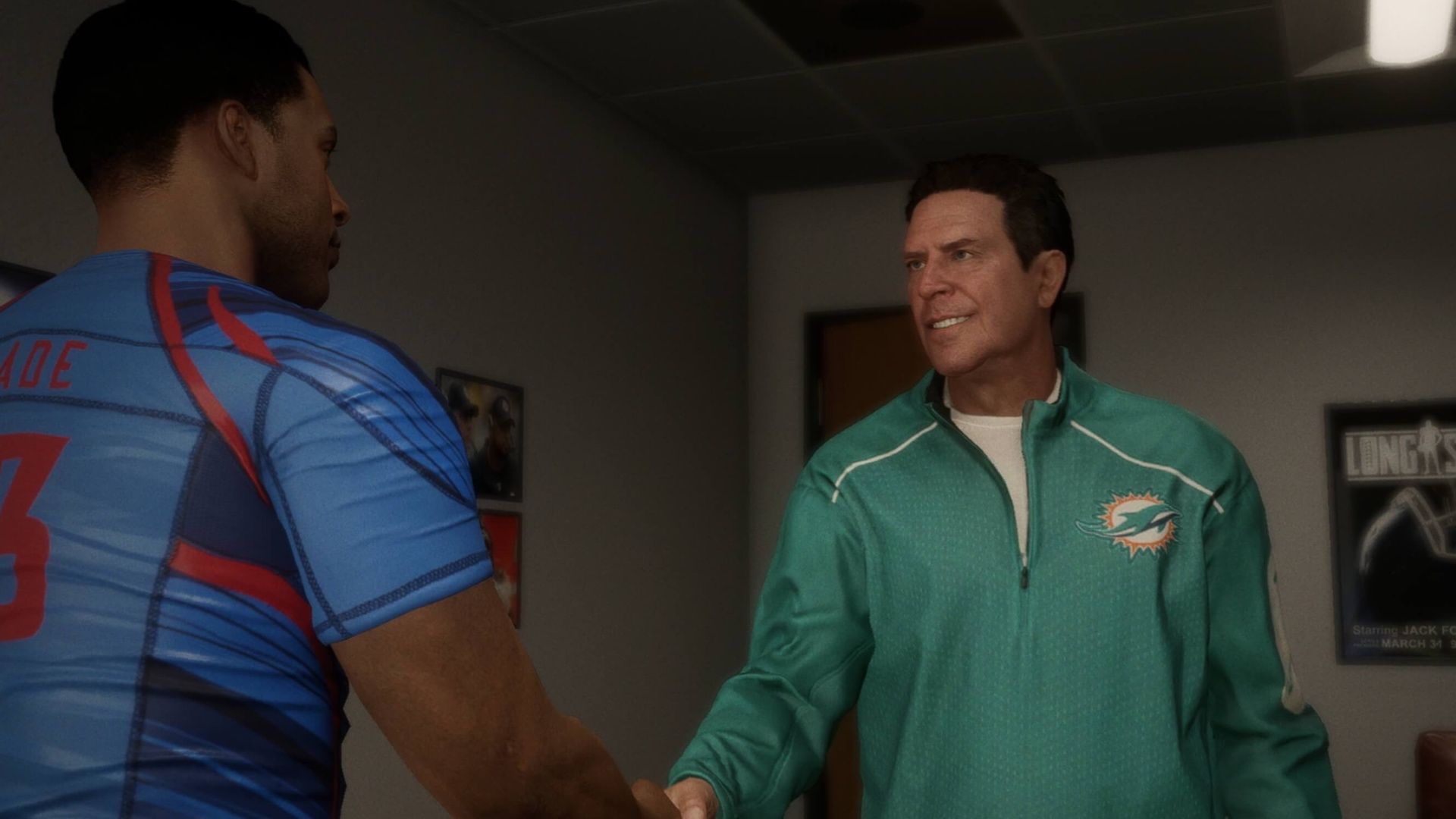 As both a sports and games lover, it was fresh experience that felt like a quick two or three hours when in reality it lasted somewhere between five and seven hours. Most of the performances are top-notch, except certain star player cameos who phone it in. All the characters are believable and act exactly as you would expect real people to act, and they all have understandable motives.

The writing is absolutely superb and instead of dumbing down the nitty gritty of football plays, formations, and strategies for wider audiences, they aim this at people who know and love football and test your knowledge. Everyone likes to use the “By X, for X” cliche, but this mode truly feels like it’s “By football lovers, for football lovers.” If you have any interest in football, the game is worth picking up (or renting) just for this mode alone.

Most of the Madden 18 experience is exactly what you expect, but the twist is the new exceptional Longshot mode that proves sports can be an avenue for video game storytelling. Turn off false start, offensive holding, and instant replay; raise catching ability through the roof; and stay away from the slimy Ultimate Team mode. Do that and you’ll have a good time with Madden 18. Go Bucs!