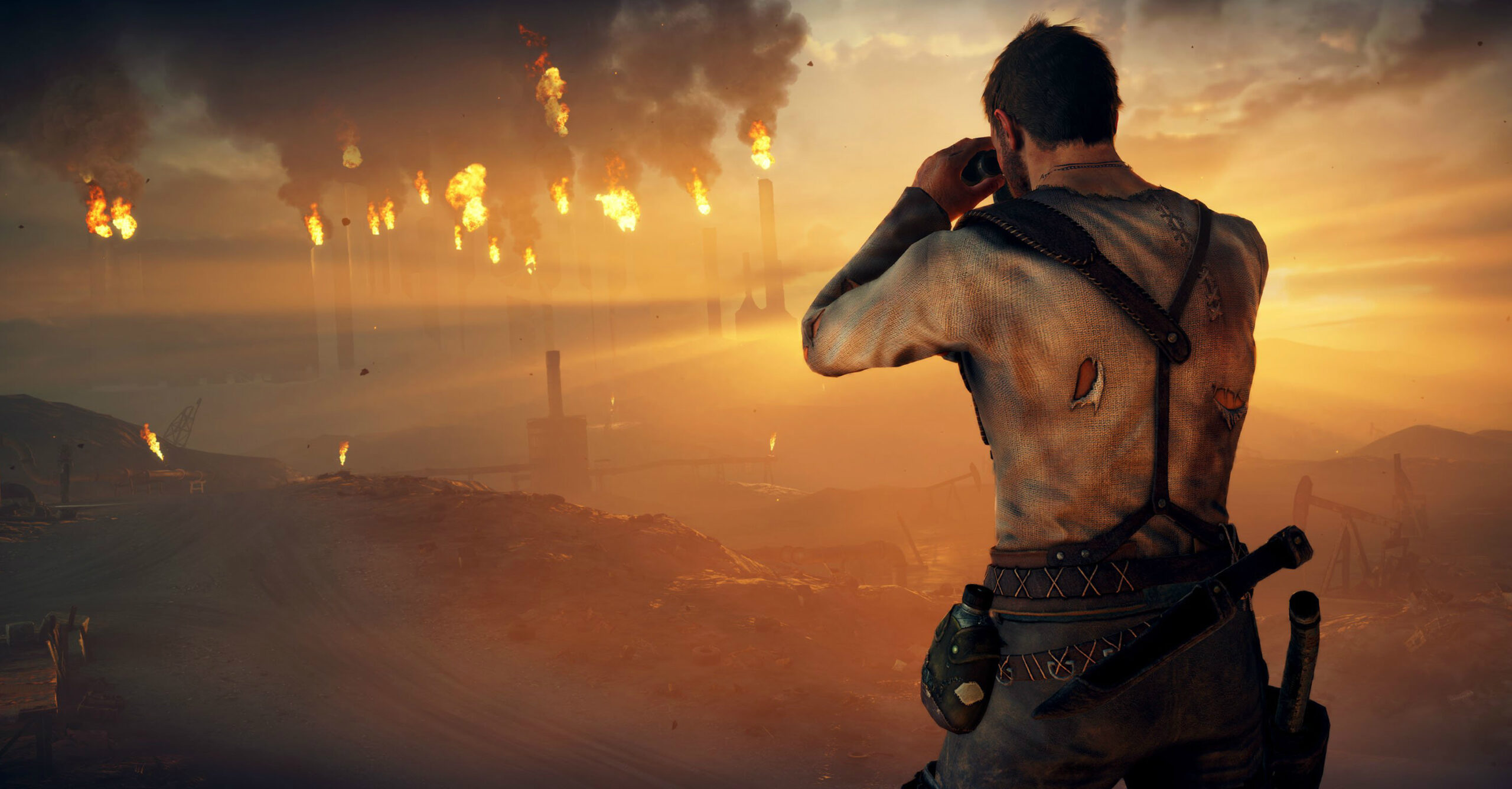 I grew up with Mad Max. It was one of the first R-rated film series I viewed as a child, and naturally, I saw Fury Road, and enjoyed it like everyone else on the planet. My infatuation with the films is mostly due to George Miller’s vision, who has directed all four titles in the series over a 35-year period.

I went into the game a bit reserved then, since it was being handled by an outside studio. While it’s not nearly as iconic as Miller’s works, it gets the job done if you’re looking for a new open world experience.

Mad Max is, at its heart, a revenge tale. You aren’t going to get much high commentary here (like Beyond Thunderdome‘s exemplary exploration of the power of language and speech), just a good old fashioned showdown between series protagonist Max Rockatansky, and Scabrous Scrotus (which, as silly as it is, is par for the Mad Max course), who happens to be a son of Fury Road‘s Immortan Joe. That’s about where the link with the film series ends, though, as the game is not a direct tie-in, and mostly benefits from that fact.

Max is scorned by Scrotus, who takes everything he owns and destroys his prized car. Teaming up with the psychotic, yet harmless Chumbucket, it’s up to the player to hunt down Scrotus, and rebuild your ride in the form of the greatest car known to man, the Magnum Opus. What I like about this setup is that it allows Avalanche to tell a new tale of the wasteland without having to retread on certain areas. I mean yes, there are a few re-used locations like Gas Town, as well as some familiar thematic elements, but for the most part, this is an encapsulated tale.

The enhanced Avalanche Engine is quite the achievement, and I can see why the developer opted to shuck the PS3 and Xbox 360 versions of the game. Screens simply don’t do this game justice, especially when you’re scouting out far away locations high up in a hot air balloon while the scorching sun beams down on you, or when vicious sandstorms pop up. A built-in camera capture mechanic (on top of the PS4’s standard capabilities) is the cherry on top.

Taking a different approach to the typical open world formula, Mad Max‘s core gameplay is built around driving. Any racing game fan will instantly find themselves familiar with the control scheme, and the vast majority of the vehicles operate similarly to some of the best racing titles out right now. Car combat is handled well, since your companion Chumbucket rides along with you, repairing the car and using weapons in real time — so it’s both cinematic and functional. While the “slo-mo” feature is pretty much dead at this point, it allows players to actually get some hits in while aiming vehicle-centric weaponry, and blowing out enemy tires or harpooning them right out of the driver’s seat is satisfying in all the right ways.

The customization aspect also feels justified here, since changing up your car will significantly alter how it functions. There’s hundreds of options here, from ramming grills, to spikes that protect your car from boarders, to new paint jobs and bodies, to explosive harpoons. The way the concept of the Magnum Opus is presented actually fits inline with this bit of the game, and I never felt pressured or compelled to go out and seek other cars to use. You can basically just drive and switch up your own custom car from start to finish, and it’s easy to get attached to certain elements of your ride.

Where Mad Max starts to falter is the on-foot sections, or more specifically, how these areas were designed. Combat is basically a carbon copy of the Batman: Arkham games, albeit with more brutal finishers, so that works well enough, but it’s the actual zones — where you can’t bring the car mind you — that often feel uninspired and bland. Since Max can only climb on certain surfaces, and only exhibits a pathetic GTA-style “hop” when pressing the jump button, on-foot sections feel out of place and gamey. It reminds me of the Prince of Persia reboot, which gave you this awesome-looking, sprawling world, and forced you to only explore it within a rigid set of rules.

There are also a few other issues I had with these sections, like collision detection problems while climbing, and annoying mechanics like the fact that Max limps for a few seconds after falling the smallest distances. Exploring these zones simply isn’t as satisfying without say, the aerial prowess of Talion, or the wonderful toys of Batman, to use direct comparisons to similar open-world WB titles in recent memory.

While the story is engaging enough to string you along, a lot of the other activities aren’t all that intriguing. It’s like the team took the typical Ubisoft blueprint and stuck with it — radio towers (balloons), fortresses, collectibles, sidequest races, smaller towers to knock down to lower “influence” — it’s all there. That’s not to say that the game is mostly boring, far from it actually, as driving around is always a joy given how great the vehicular mechanics are, and there are a lot of naturally occurring events out in the wild to keep things interesting.

I went back and forth in terms of my assessment multiple times throughout my time with Mad Max. I’d be having a blast in the car, and then I’d get to a particularly samey part on foot, and so on. But ultimately, I did enjoy my time in the wasteland, even if it doesn’t offer up a whole lot that we haven’t seen before.