Being the bad guy is typically more fun than a whiter-than-white hero. They get all the good speeches, the more extravagant plans, and commonly have far better dress sense.

Over the years, some games have promised all the devilish glee of villainy, but regularly fell short of the mark, usually too afraid to let you be a truly unfettered bad guy. Overlord pushed itself on the premise that you were evil incarnate, but wasted its own idea by putting you up against people far more evil than your avatar. Even Grand Theft Auto, as sociopathic as its antiheroes are, typically justifies its narrative slaughter by making enemies of scumbags who unquestionably deserve their deaths.

Lucius is no pretentious contender. Like other rare titles, such as Dungeon Keeper or Saints Row 2, Shiver’s interactive take on The Omen doesn’t hide behind moral justification — you are the son of Lucifer himself, and your goal is clear — murder without mercy, because you are evil personified.

Unfortunately, the game is as bad as the eponymous protagonist himself. Bad to its rotten core. 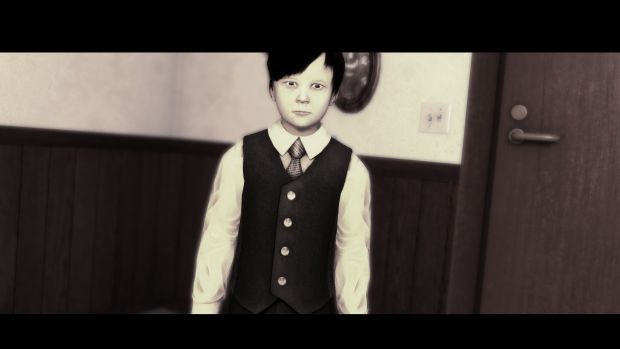 Lucius makes no secret of its inspiration, being that it’s an Omen game in all but name. As Lucius, players are cast into the role of a silent young boy, who puts on a facade of good behavior while plotting in secret to eliminate the inhabitants of a 1970s mansion. There is a loose thread of plot, with story vignettes told from the perspective of an investigating detective, but the chief concern is having Lucius murder everybody in sight.

The macabre tale unfolds in a large and open manor, while Lucius can interact with all manner of objects and gradually unlocks a variety of potentially delicious psychic powers. However, those expecting even a slight sense of freedom and an open approach to mission objectives will be sorely disappointed. For all its tools and toys, Lucius is as linear as they come.

Each mission begins with Lucius waking up and finding his pre-selected target. Vague clues as to how the target should be dispatched are given in cutscenes and chapter names, as well as Lucius’ notebook. At best, your job will be little more than manual labor, as you follow very strict directions to contrive fatal accidents. At worst, you’ll be trying to essentially guess what the developer was thinking of as you combine a growing inventory of items, or pixel hunt for mission-critical items as if you’re stuck in an early ’90s adventure game.

Ostensibly, every chapter has one method of completion, and you’ll either be told or have to guess what it is. For one mission, you’ll change a janitor’s notes when he isn’t looking so that he’s tricked into fixing a piano, which you break using a wrench found in a bathroom. Once the janitor is under the rigged piano, you select Lucius’ telekinesis skill to break the piano and crush his head. Mission over, with no room for improvisation.

Lucius has a range of powers at his disposal. He can move objects, perform mind control to force victims to interact with objects, wipe memories to avoid detection, and summon balls of fire. However, due to the game’s strictly enforced rules, there is no room to play with any of these powers. If you use telekinesis to make an object move in front of an NPC, they won’t react to it unless the mission calls for its use. Mind control won’t work unless it’s a set part of a mission. There’s never even any need to use memory wipe, and pyrokinesis is locked until very specific moments where its use is mandatory — mostly because being able to set everyone on fire would render the whole thing pointless. 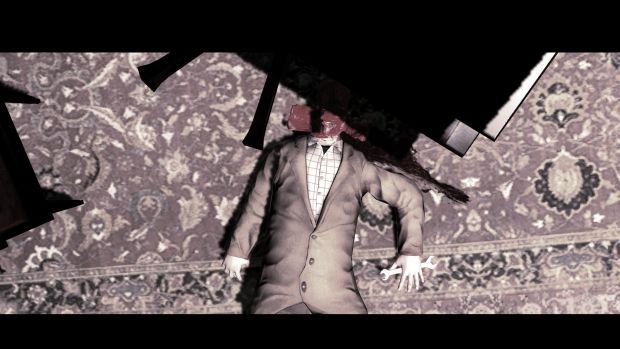 It should be a clue, by the way, that your game doesn’t work if you have to impose contrived rules to stop players using their full range of abilities. It can lead to truly frustrating moments where you have an idea of how to kill somebody that’s truly clever and should be entirely possible within the game’s rules, but because that’s not the one way the developers wanted you to do it, it cannot be done.

Most missions are like this, with a structured sequence of events that are either explicitly revealed or require near-psychic levels of guesswork. However the details are revealed, the end result is the same — going through the dreary motions as you place the right items in the right place, use the right magic powers when prompted, and then watch a gratuitous, slow-motion death sequence. This is repeated about fourteen times until the game is over. 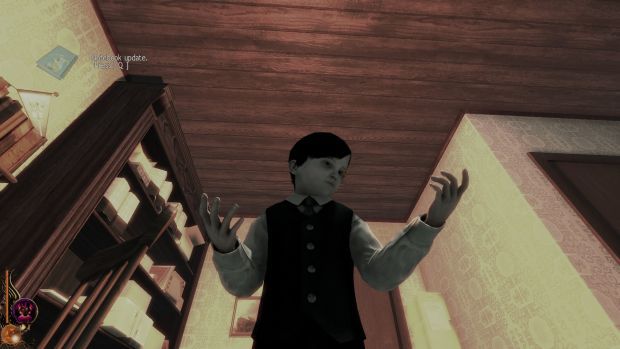 The restrictive structure is made all the more insulting by the fact that it’s not even structured properly. Parts of the game know which chapter you’re on, and other parts don’t. This means you can pick up items or solve puzzles that won’t be required until several chapters later, and you can even unlock targets for later chapters without knowing. I had to search online for a guide due to being unable to work out how to kill a certain listed victim, only to find out the victim was unable to be killed because the required items weren’t flagged as usable until later in the game. In another chapter, I’d managed to complete everything I needed to craft the murder weapon over an hour earlier, and all I had to do for the whole level was put it in the correct place. In another, I had no clue I was carrying around the item I needed because I’d picked it up several chapters ago.

If a game is going to insist that I do everything according to its carefully laid plans, the very least it could do is lay those plans carefully. Lucius at once has the arrogance to demand players bark on command while not even knowing what the right commands are. It’s a game that refuses to give up the driving seat, despite not knowing where it’s going and lacking the ability to read a map.

Speaking of maps, the mansion is laid out in a sprawling and inconvenient manner, and the in-game map uses poorly-drawn symbols to determine what each room is. Lucius’ notebook, similarly, makes references to parts of the house that he clearly knows about, but the player does not. Lucius does not realize that we, as players, don’t actually live in his house and therefore we don’t know where everything is. Frequently, the game expects us to have a special mental bond with the developers, and believes we’ll know exactly what they want from us without our being told. 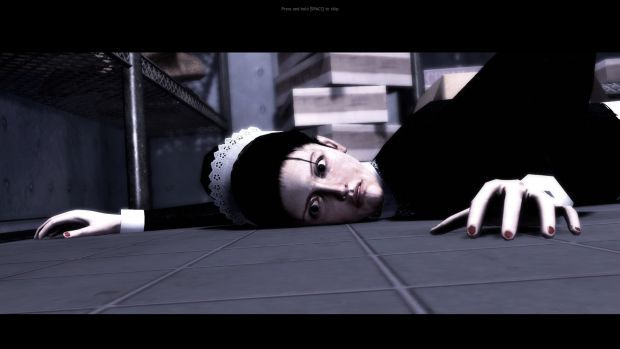 There are optional chores Lucius can perform in order to appear helpful, though the rewards for doing so are fairly useless and the work required is a total waste of time. These chores, fittingly named as they are, usually require picking up multiple items and taking them to designated receptacles — once you’ve guessed where the receptacles are hidden. Interactive objects aren’t highlighted unless you’re standing practically on top of them without having any magic powers equipped (you can’t even open doors while having a psychic ability readied, since the command to touch anything is treated like its own distinct skill).

As you complete chores, you’ll unlock a Ouija board that gives further mission hints, a music box that supposedly finds important objects, and a tricycle to get around the house faster. These rewards are unspectacular and help the game in no appreciable way. What’s more, there are far more chores to perform than there are rewards, leading me to believe this entire optional series of tasks was left unfinished. To be fair, I think “unfinished” describes most of the game to a tee. 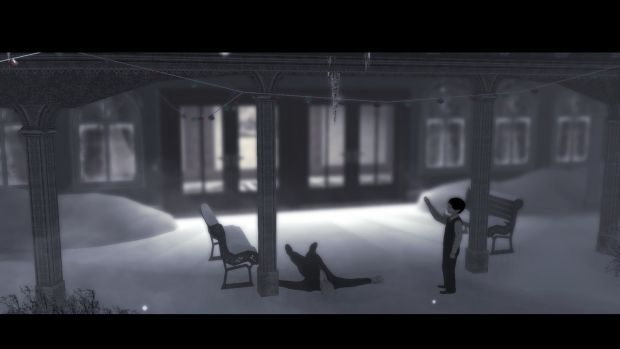 Visually, it’s a mess. Objects, doors and people frequently slice through each other. Some held items can snag on furniture and stretch to physically impossible proportions. The physics, especially when using telekinesis, are unwieldy and erratic. Animations are unnerving in their stilted jerkiness. The sound, especially background music, seems to perform with a mind of its own, ignoring in-game volume settings. Controls are stiff and awkward, while the graphics are well below standard. It looks, sounds, and plays like a really poor mod.

All this is topped off with an awful save system. There’s no quick-saving, and only a tiny handful of mid-chapter checkpoints. If you leave the game, or lose a mission (a rare occurrence, but usually one that can happen without warning), you can say goodbye to any progress, including completed chores.

It’s heartbreaking to have to be so harsh, because I’m spiritually on Lucius‘ side. Turning the tired “scary kid” formula on its head by having the player become the kid is inspired, and in lieu of an official Omen game, this is as close as we’ve gotten to such a delightfully demonic experience. It’s just nowhere near decent enough to make good on its ideals, a fantastic concept with tons of potential that undermines itself with a pitifully limp delivery. 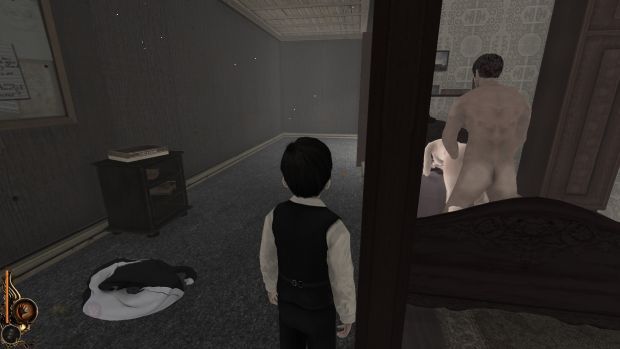 Lacking in personality, visually ugly, harshly limited and pieced together sloppily, Lucius is a sad little waste of a good idea. I’ve waited years for another great game that lets you be the unrepentant bad guy. Looks like I’ll have to keep waiting.