A fitting next step for the horror-adventure series

Little Nightmares II has this entertaining intensity to it that’s as fun to watch as it is to play.

The formula is no secret, but that doesn’t make it any less successful. Time and time again, you’re going to slowly, safely get a lay of the land – and a few impossible-to-ignore glimpses of some big nasty brute in charge – before needing to fetch a key in plain sight or otherwise cause some racket to progress. There’s no other way. You’ve gotta face your fears. And when you do, the chase is on. It’s a mad dash to carve your way through an obstacle course with a boogeyman breathing down your neck.

In the wrong hands, when things aren’t tuned just so, this can prove frustrating. You can hit the point of “too many deaths” and, despite knowing what you need to do, still fail to pull it off, shattering the atmosphere. It can feel like the scales have tipped – like you’re no longer at fault. I struggled with this feeling in Little Nightmares, but I avoided it in Little Nightmares II. I died loads, yet I never felt cheated.

The sequel is bigger, more elaborate, and better balanced – everything I was hoping to see. 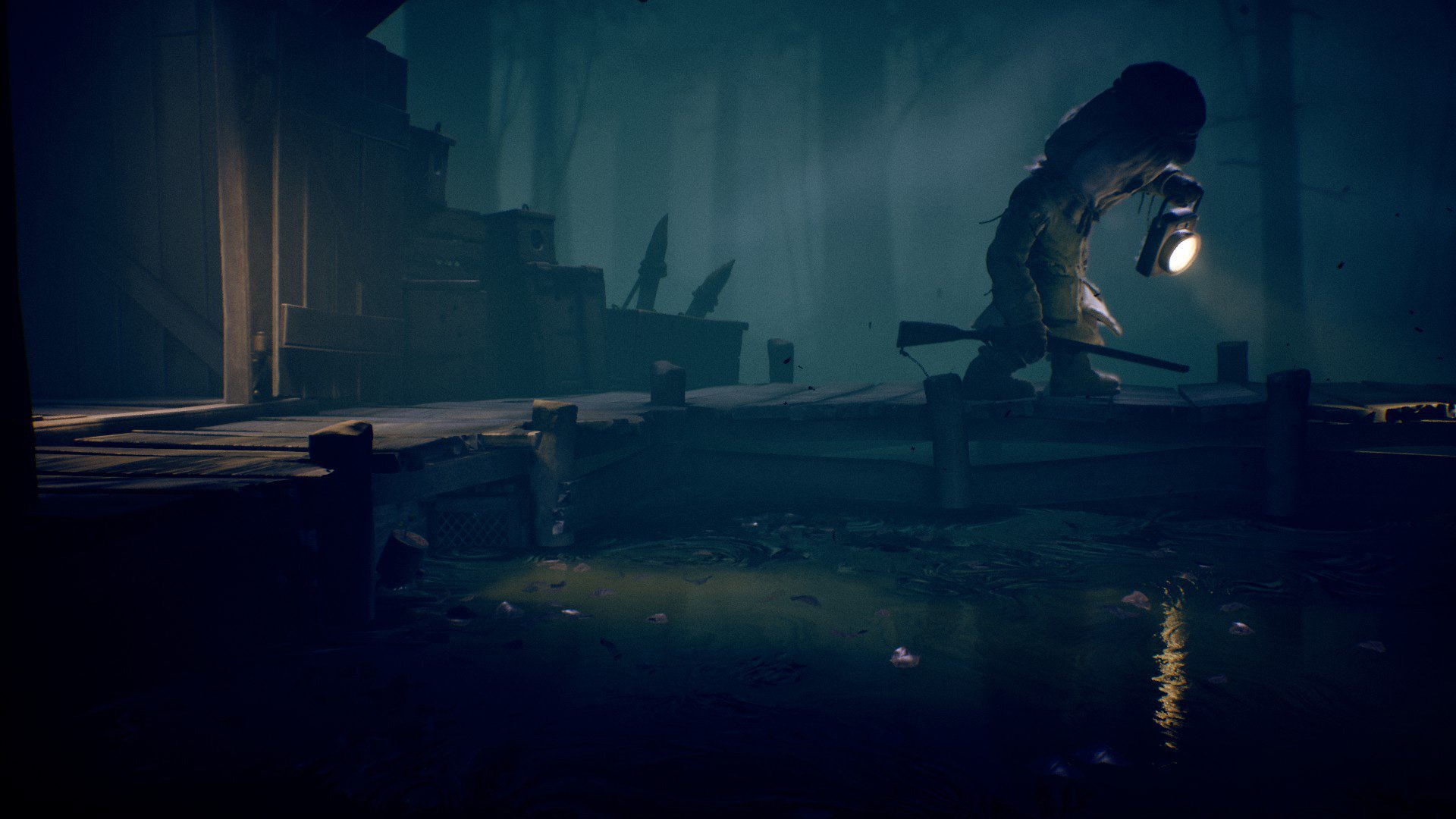 In a desperate world in which tiny kids try to slip by unnaturally tall and grotesque adults who want to snatch them up, you’ll play as Mono, a masked boy trying to push ahead – but to what end? Trying to piece together what the hell is up with this place and why nearly everyone and everything is wretched is a huge part of the appeal of this series. My mind races. That was true of The Maw, a hulking vessel as impressive as it was oppressive, and it’s absolutely true of the sequel’s journey across the mainland.

Early on in this six-hour-or-so platforming adventure, Mono groups up with Six, the hooded protagonist of the first Little Nightmares. Neither of them are normal – not even by this world’s standards – and they’ll need each other’s help to traverse a formidable path into the city center where a tower waits.

There are five levels, each with a different visual theme and thick mood. Four of the five – including a treacherous school dominated by a long-necked teacher and a hospital overrun with prosthetic mannequins who shuffle in the dark – are compelling enough that they could house their own game.

I’m flipping through hundreds of screenshots I took while reviewing Little Nightmares II, and in the process, I’m reliving every tense encounter and every beautifully bleak set piece. This game is a looker.

At a glance from a trailer or game summary, you might think Little Nightmares II has co-op support. Let me be clear – it doesn’t. Six will stay by Mono’s side more often than not, but that doesn’t mean you can throw a second player into the mix. She’s completely AI-controlled, and while there will inevitably be minor hiccups, she stays out of the way when it matters most and is an excellent addition to the flow of Little Nightmares. I never felt like I was at the mercy of Six’s decision-making or that I had to escort her.

She’ll be there to boost you up, catch you from falling after a leap of faith, and occasionally carry an important item related to an environmental puzzle. You don’t have to prompt these actions – she kind of just does them as the character intuitively should. I can’t imagine this was easy for Tarsier to implement, but the payoff was worth it. The partner premise gives the sequel a distinct identity.

I’d also say that Little Nightmares II is less of a chore to navigate than the first game could be; Mono tends to latch onto and climb surfaces more seamlessly, and he won’t randomly walk off a narrow ledge because the camera angle tripped you up and you weren’t perfectly angling your path to compensate. That said, the sequel is still challenging. I’d argue that failure – getting caught – is all part of the fun.

Could the player’s movement still be a little tighter and feel more in-tune? Yeah. I think so.

There’s plenty of tricky platforming moments and zigzagging exploration like before, as well as a greater emphasis placed on discrete environmental puzzles. None of them stumped me too hard, but I appreciated how natural they felt within their surroundings. Little Nightmares II‘s setting has this way of coming across like a believable (albeit twisted) world, not some artificial video game backdrop. 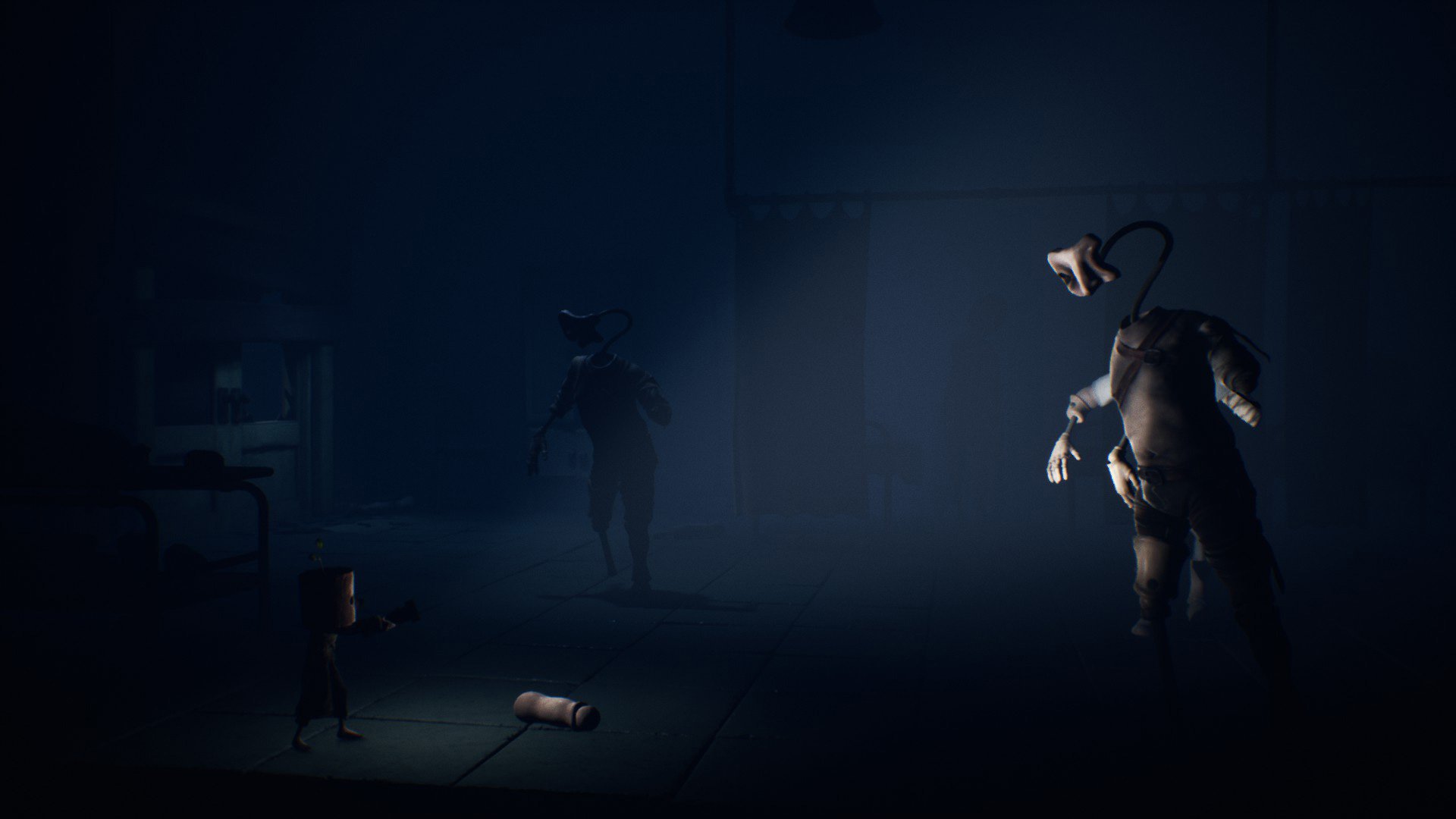 Another big change in the sequel is the ability to wield weapons. That’s right, weapons.

It’s a fairly straightforward system – you won’t have to worry about breakable items, limited resources, an inventory, or anything to that effect. During certain sequences, you’ll be able to pick up and drag, say, a pipe. Everything’s oversized; as such, there’s a bit of a windup, so you’ll need to deliberately time your attacks. It’s a trade-off. I won’t reveal who or what you’ll smash, but you will undoubtedly enjoy doing it.

Well, to a point. A couple of the melee encounters may frustrate you if you don’t have the foes’ tells (and your own delayed wind-up attack animation) paced out. Timing really matters. Two scenes – one in the school, one in the hospital – vividly stand out. I kept botching them at the last possible second.

Little Nightmares II also builds on the first game’s DLC with an aimable flashlight, and it’s vastly better here. I don’t want to spoil the hospital, but the way it incorporates light and dark is devilish. If the limited types of interactions in Little Nightmares left you wanting, you shouldn’t run into that issue again.

I already alluded to one of my only major gripes with Little Nightmares II: one of the levels (I won’t say which) relies too much on its out-there aesthetic and the player’s curiosity about where the story is heading next. Compared to the rest of the game, I found it way too one-note and not that enjoyable to actually play through. I was starting to lose steam, and I never felt that exact sensation anywhere else. 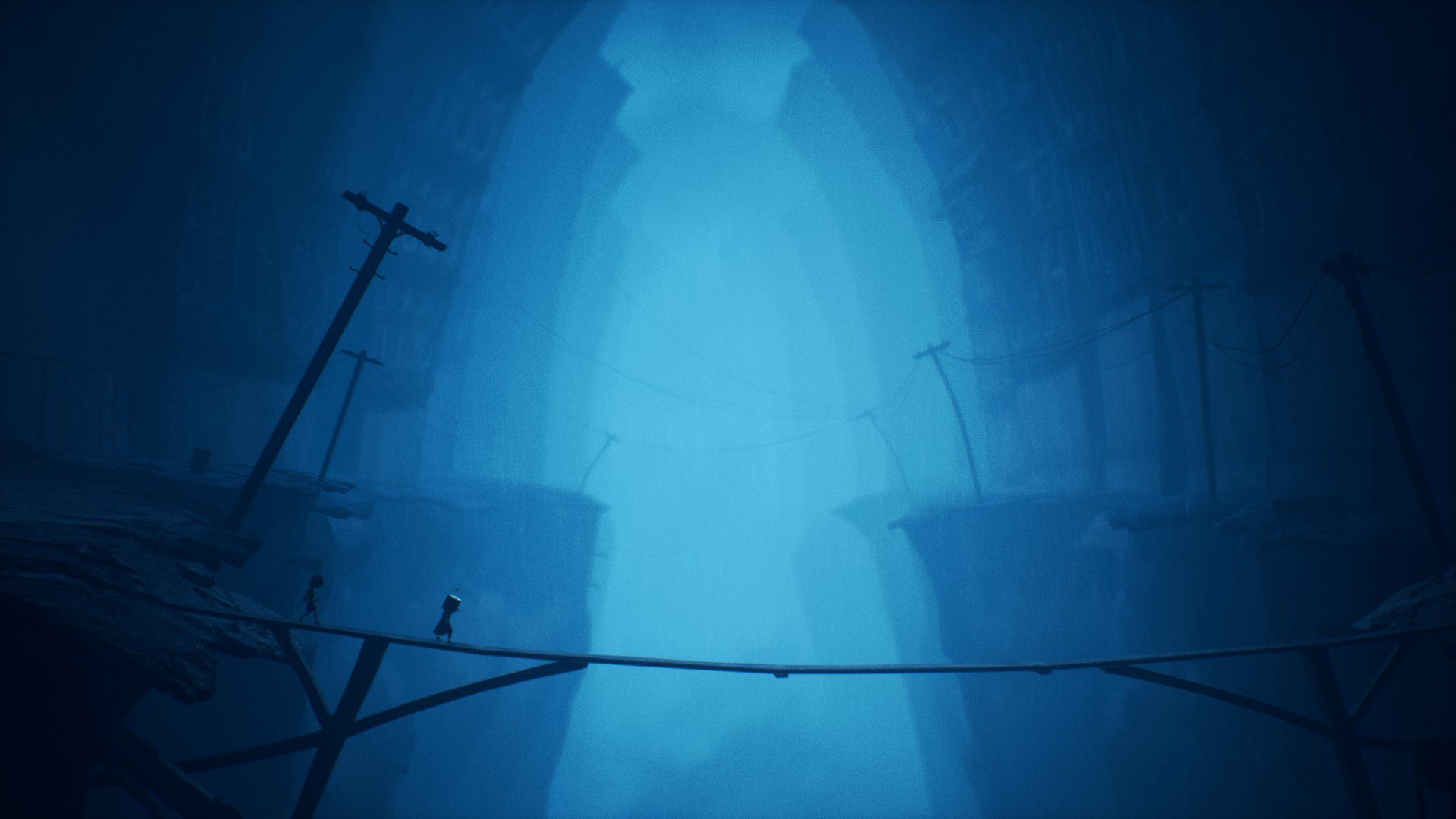 I was super late to the first game, having only picked it up last year in preparation for the sequel. I’m so glad I finally did. As much as I struggled with the too-rigid movement controls, I fell in love with Tarsier’s messed-up world of horrors, and I wanted more. With a few improvements, the potential felt sky-high.

After finishing Little Nightmares II once, I’m searching for time to go back and soak it in even more (while hopefully finding all of the collectible hats and “glitching remains” I missed). Much of the game rivals the original’s high points, and it’s far more well-rounded. I had an overwhelmingly great experience.

Whether you’re a seasoned survivor or an all-new player, you’ll have a thrilling time with the sequel. It’s ideal to start from the beginning, but it’s not mandatory – this freaky story stands on its own.