This gentle and heartwarming puzzle/adventure game is well worth playing

Videogame genres carry a lot of baggage and not all of it positive. Adventure games have long been praised for their humorous stories and memorable characters but they’re just as maligned for their obtuse puzzles and head-scratching logic.

Maybe it’s best not to describe Lilly Looking Through as an adventure game at all. The adventure-game tropes, both good and bad don’t really apply here and that’s a good thing.

The day starts off normally for Lilly; she and her brother Row are playing beside their small home. Before you know it, a seemingly magical scarf has swept Row away and it’s up to Lilly to rescue him. The story has very little setup and almost no dialogue, which is a big departure from most adventure titles.

Indeed, Lilly Looking Through is more akin to Portal and Myst than Monkey Island: Lilly will travel from area to area solving environmental puzzles to progress. Whilst the puzzles aren’t based on physics conundrums, they’re more based on levers, pulleys, and Lilly’s magic goggles which allow her to flip between the alternate time periods. 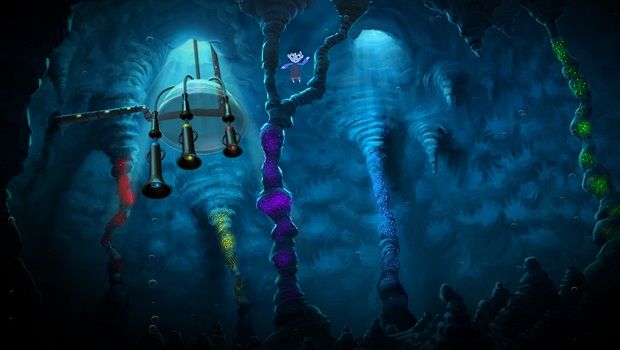 There’s no inventory, dialogue options, or backtracking involved. All that the player needs Lilly to achieve will be on that screen. It’s a refreshing approach that means the player can focus on a set challenge before moving on in the game. This approach is not without its difficulties, however — later puzzles can be quite taxing, especially a color-based section late in the game. It’s fair to warn anyone with a degree of color blindness may struggle with that puzzle as it does involve mixing colors to progress.

Lilly’s magic goggles literally bring an extra dimension to the puzzle solving; objects that are broken in the present are fully functional in the past. For instance, a lake in the past may be a muddy swamp in the present. This makes solving puzzles a more challenging experience than what you may think, as all the elements you need to progress might not be on the screen at the same time. The visual contrast between the past and the broken-down present is striking. A mighty tree with autumnal orange leaves is a gnarled and dead heap of wood in the present. 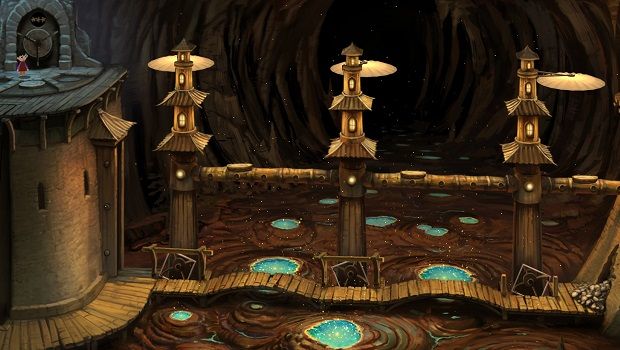 Lilly Looking Through is a beautiful game thanks to its lovely hand-painted backgrounds and Lilly’s characterful animations but the two don’t gel that well together. The game suffers from having her look like a character that’s on a green-screen background, despite her perfectly animated movements. There are times when that doesn’t seem overly noticeable, specifically with the underwater puzzle area mentioned earlier.

There’s also a strange disconnect with one or two of the objects that Lilly will need to interact with in the game. Sometimes she will use objects but other times the player can place or manipulate them without Lily even being near them on screen. It takes away immediacy of having an on-screen character that is solving the problems ahead of them. 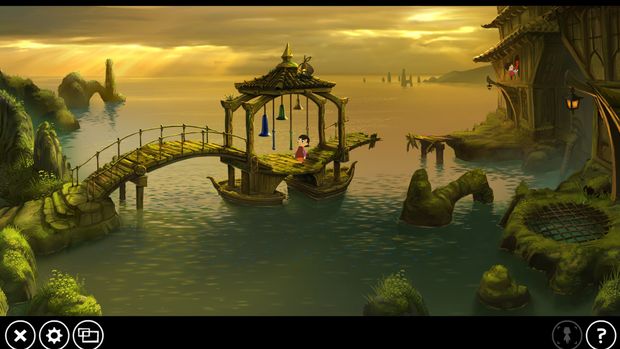 Geeta Games has billed Lilly Looking Through as an adventure game for all ages, which rings true as it offers a gently rising difficulty curve that adventure and puzzle game veterans will complete in maybe a few hours. That’s not to say some of the puzzles aren’t taxing but most gamers will find they can progress quickly through the first few areas. However, there’s something to be said for a quiet, gentle game that can take you on a journey as effortlessly as Lilly Looking Through and that’s something to be thankful for.