King’s Quest has had a good run over the course of its five-episode spread.

As an overlooked adventure series from the minds of developer The Odd Gentlemen, I think part of the reason it’s been off so many radars is because the first chapter was released back in July of 2015, and we’re just now getting the finale.

Now that it’s all out, I suggest grabbing it when you can. 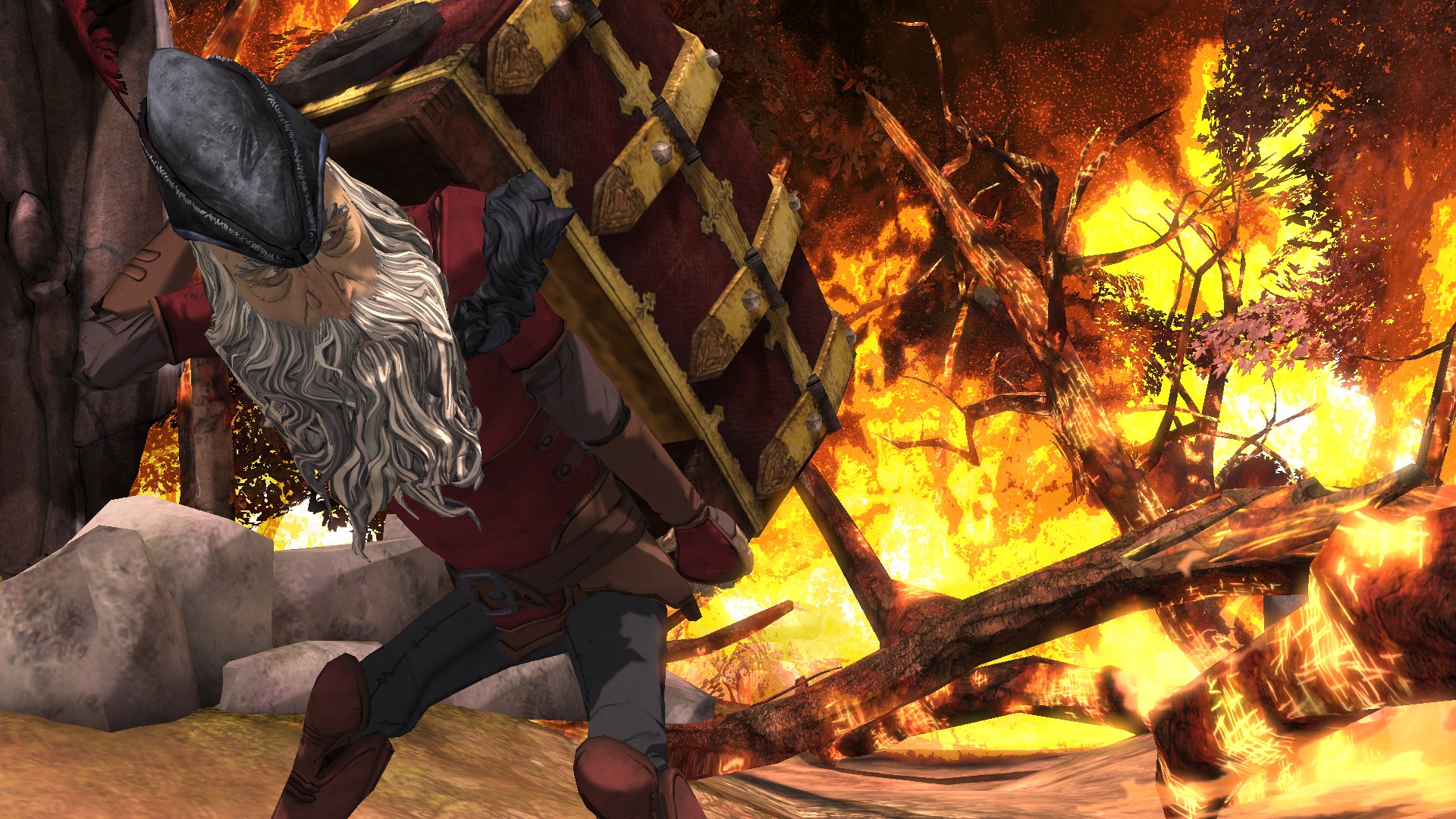 With Christopher Lloyd now taking over for John Keaton entirely as “Old King Graham,” the tale has come full circle. We’ve seen all of these characters grow and change, even his son Graham and daughter Rosella, who we only really met last episode. As I’ve mused on before, I love the idea of sticking with this cast for decades on end rather than deal with the events of “one night” or the like, as is commonplace with say, a Telltale series.

The Good Knight has a good pace to it, too, because while it starts on a more linear track like episodes three and four, it does dovetail into a semi open-ended scavenger hunt of sorts just like the first chapter. Except here, Graham, now old and suffering from illness, is constantly forgetting things only to be reminded by his granddaughter, which alters the objects on-screen as the narrative shifts and swerves.

It’s not only a cool effect, but it delves into some relatively dark places and is a light dive into the arena of mental illness. This concept only gets annoying when it gates off some zones because “he hasn’t remembered them yet.” While neat — it’s an unpainted type of effect — it’s still a gate, and can occasionally annoy.

Yet, it’s hard to really stay mad for long, because the puzzles come back in full force, and loose ends are tied up all over the place. You get an epilogue for most folks, even if some are passing mentions of later travels. It’s done gracefully, but several voice actors (Tom Kenny most notably), did not return for Good Knight in my playthrough, and thus, begs the question if they were even available to record their lines. One amazing series tribute later though, and that shortcoming was mostly forgiven. I won’t spoil it.

King’s Quest: The Good Knight is a satisfying narrative conclusion to Graham’s saga and is a unique approach to storytelling that we don’t see often. It’s not a return to the first chapter’s exploratory focus, which many of you have been pining for since last July, but if you enjoy the narrative stylings of the previous two tales, you’ll be sure to crack a smile (or shed a tear) in turn.