A trip worth taking

Nostalgia for the sake of it can often set people up for disappointment. While retro visuals and old-school gameplay can be an easy way into the heart of many gamers, you need a solid, working foundation to back it up, otherwise you risk getting lost in a sea of retro cash-ins.

Thankfully, Kid Tripp is different. It takes the core aspect of the “endless” runner genre, packages it into a visual style reminiscent of the Game Gear era, and adds its own charms and nuances to make it stand out. 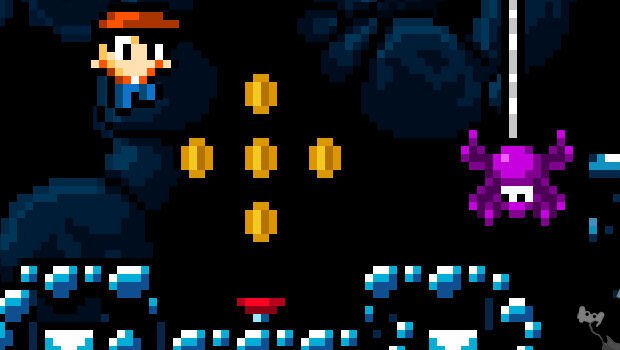 There’s no lengthy tutorial here, as you quite literally hit the ground running. The hero is constantly on the move, allowing you to press the left side of the screen to jump and the right side to throw projectiles, while holding down on the right side lets you sprint. This sounds like a simple system, but it actually offers a considerable degree of strategy, as you need to often decide when to sprint to make a specific jump and when to throw a projectile — but you can’t do both.

Visually, I was immediately hit with memories of Adventure Island, Sonic the Hedgehog, and the by-gone Game Gear era — in a good way. Everything runs incredibly smoothly, at a rate of 60 frames per second, which really helps during those precise leaps. As a side note, although this review is primarily for the iPad version, I was able to test it on an iPhone 5 where it still works perfectly fine. That said, an iPad is recommended so you don’t accidentally tap on top of a crucial setpiece and miss a jump. There’s no true widescreen support at the moment, but an update is in the works according to the developer.

To add to the visual charm, Composer Chris Kukla does an excellent job with Kid Tripp‘s soundtrack, producing an excellent, memorable chiptunes soundtrack. Each world has its own tune that gives it a bit more character, and the title screen theme in particular is catchy.

You’ll make your way through four worlds, themed after the beach, caves, snow, and lava. There’s enough variety there to last you through a single playthrough, even if I found myself wishing that every level had completely unique enemies without any repeats. Even still, every world introduces more and more concepts as you go on, forcing you to learn new ways to find each goal flag.

Part of the challenge through these courses lies in collecting various coins scattered about, contributing to an overall score and a place on the leaderboards. Every 100 coins earns you an extra life, and losing all of your lives results in a swift continue on your current level — but with a loss of your running score/coin count.

Tripp‘s gameplay reminded me a bit of Spelunky in the sense that it doesn’t explicitly tell you how to play it, instead leaving you to learn all the ins and outs yourself. For instance, after falling off a ledge in frustration, I tapped the jump button on a lake, only to find out that you can actually skip off of water. 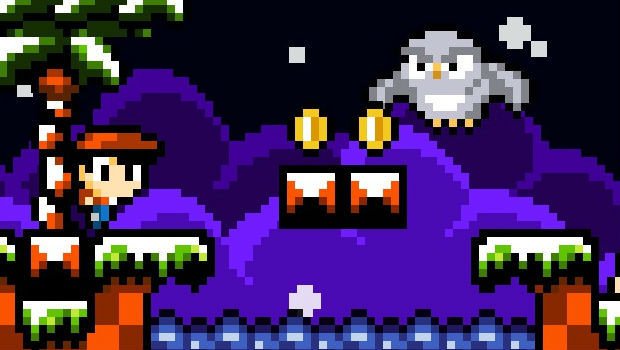 Another learning experience came in the form of timing my jumps on top of enemy heads, especially on the later levels. There’s not a whole lot of depth here compared to full-on retail releases, but there’s more than meets the eye.  There’s no endless mode, but it would fit perfectly here.

My only real issue is that the game ratchets up the difficulty in the last world a little too much compared to the previous worlds. I mean, I was still able to complete it, but the last level was especially brutal, with very little warning or design cues to tell you something was going wrong. You could probably finish the game in under an hour with an average amount of continues, but mastering a full “no continue” run could take a whole lot longer than that. Plus, there’s coin leaderboards to climb, which require few deaths to pull off.

If you’re looking for a lighthearted, challenging afternoon of fun, look no further than Kid Tripp. It not only offers up a charming world that feels familiar, yet different, but it also puts your platforming skills to the test with pixel-perfect touch controls. Kid Tripp is a very solid first effort by Not Done Yet Games, and I’ll be keeping an eye on them in the future.