Journey to the Savage Planet is one of 2020’s standout surprises, a breezy adventure-platformer in the spirit of Metroid Prime. There’s a lot to love — a never-serious tone, fast ability-based locomotion, and a constant pull to explore in every direction all come to mind — but the progression loop is the very best thing about Journey to the Savage Planet. You feel as though you’re always becoming stronger and more capable, and that’s reflected in how efficiently you’re able to rip around this world. The Savage Planet doesn’t seem so oppressively savage after a little while.

That’s something of a double-edged sword when it comes to the first story add-on Hot Garbage. It’s nearly impossible to replicate that stellar progression loop when you’re already at the top. 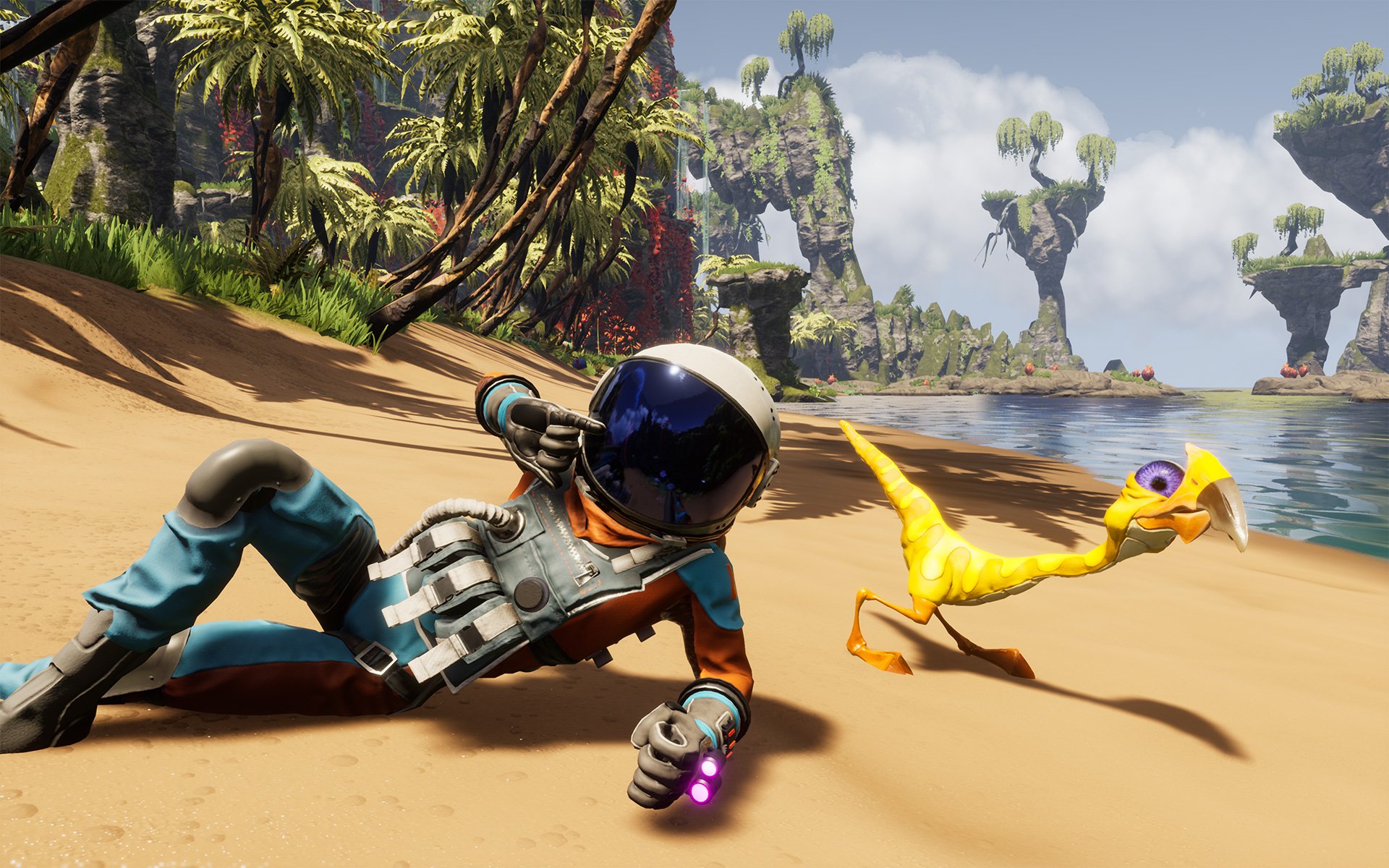 There’s a nefarious corporation driving the plot in Hot Garbage, just not your nefarious corporation for once. Kindred Aerospace has plans to terraform the quaint planet of DL-C1 into a sprawling retirement community (which, I guess actually is nefarious in a “they paved paradise and put up a parking lot” kind of way), but Vyper Corp is dumping toxic waste all over your island. That’s unacceptable! (Unacceptable because it interferes with Kindred’s profit potential; they would not care about the pollution one bit if there weren’t monetary interests at play.)

The task is relatively straightforward: Find damning evidence of Vyper’s eco-crimes, blow up some robot guards who try to stop you, and then confront Kronus — the brains behind Vyper who mocks and belittles you the entire time. It feels surprisingly linear even though it’s an open-world-type space.

That’s the biggest problem with Hot Garbage — it can’t quite achieve the same momentum that makes Journey to the Savage Planet so special in the first place. Coming into the DLC with 100 percent completion in the base game, nothing in Hot Garbage made me more capable in a meaningful way.

The new upgrades are: Boots for walking underwater (only useful in Hot Garbage and never actually necessary), an unlimited stamina mod (it’s nice, but the fully upgraded stamina bar was perfectly adequate), an enhancement that points out all the postcards on the map (the new collectible type that doesn’t affect anything), and the ability to survive toxic gas (only comes into play late in Hot Garbage and is a progression requirement).

There isn’t that pull to explore every corner of the planet and that’s a letdown. I did anyway — possibly out of obligation more than anything else — and quickly finished Hot Garbage 100 percent complete in almost exactly three hours. I was left feeling like maybe I came into the add-on too overpowered, before realizing that nothing found on DL-C1 would’ve really contributed to my abilities anyway. 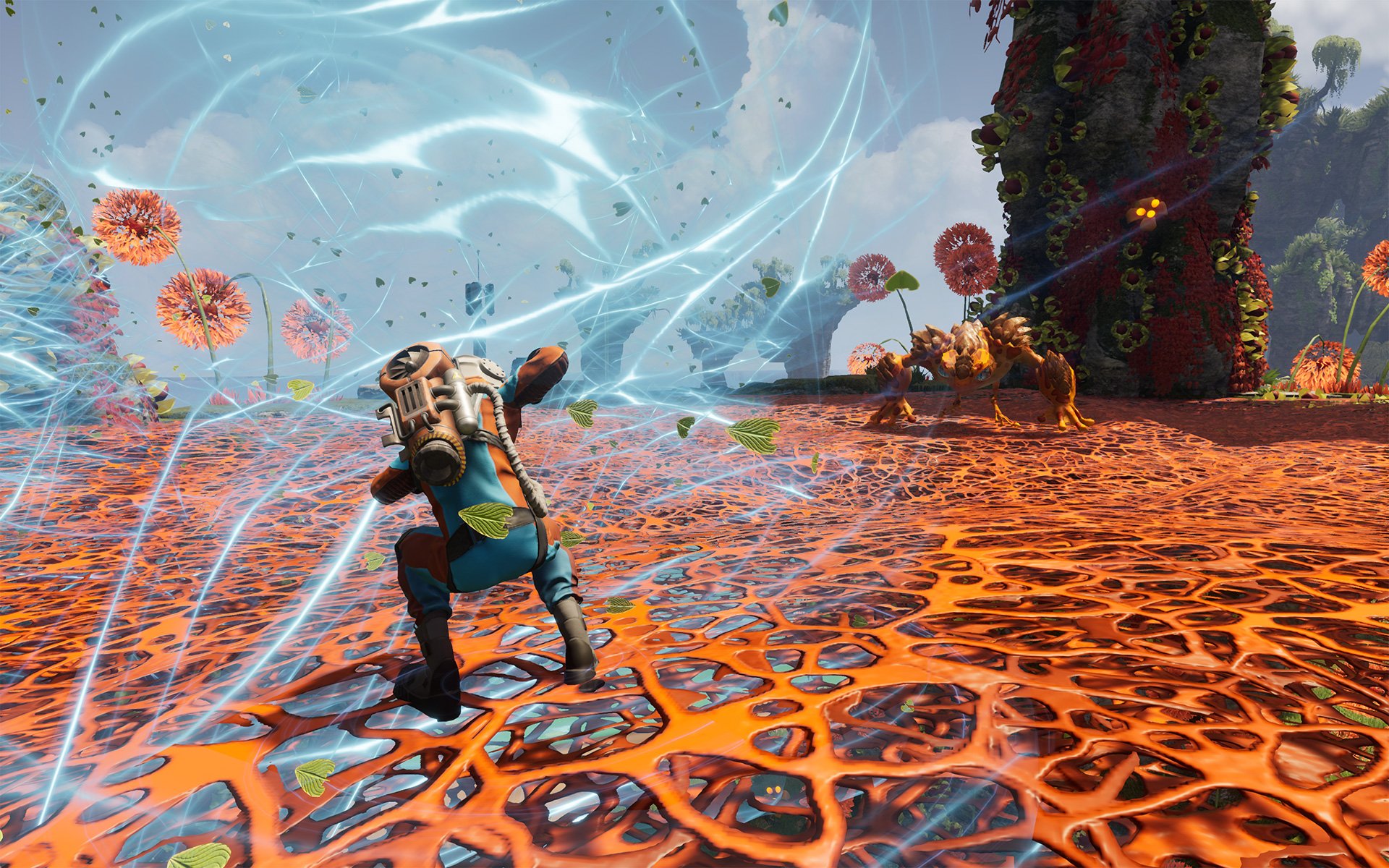 It’s a harsh assessment, but Hot Garbage doesn’t quite capture the essence of Journey to the Savage Planet‘s dripfeed of metroidvania power fantasy. The rest is spot-on though. The comedic chops are still there, maybe better than ever because this is a quick and focused narrative. Jetpacking through rings (each one refuels your jetpack) makes for a fast and skillful way of covering big chunks of land. There’s a lot to like in Hot Garbage even if its approach probably isn’t the reason you fell in love with Journey to the Savage Planet in the first place.

If the eponymous Savage Planet is your Kindred explorer’s residence, the space rock called DL-C1 is a timeshare. It’s a decent little getaway — probably worth the investment, a change of pace, and the vacation is over quicker than you’d like. But, despite what the name suggests, Hot Garbage is far from a dump.