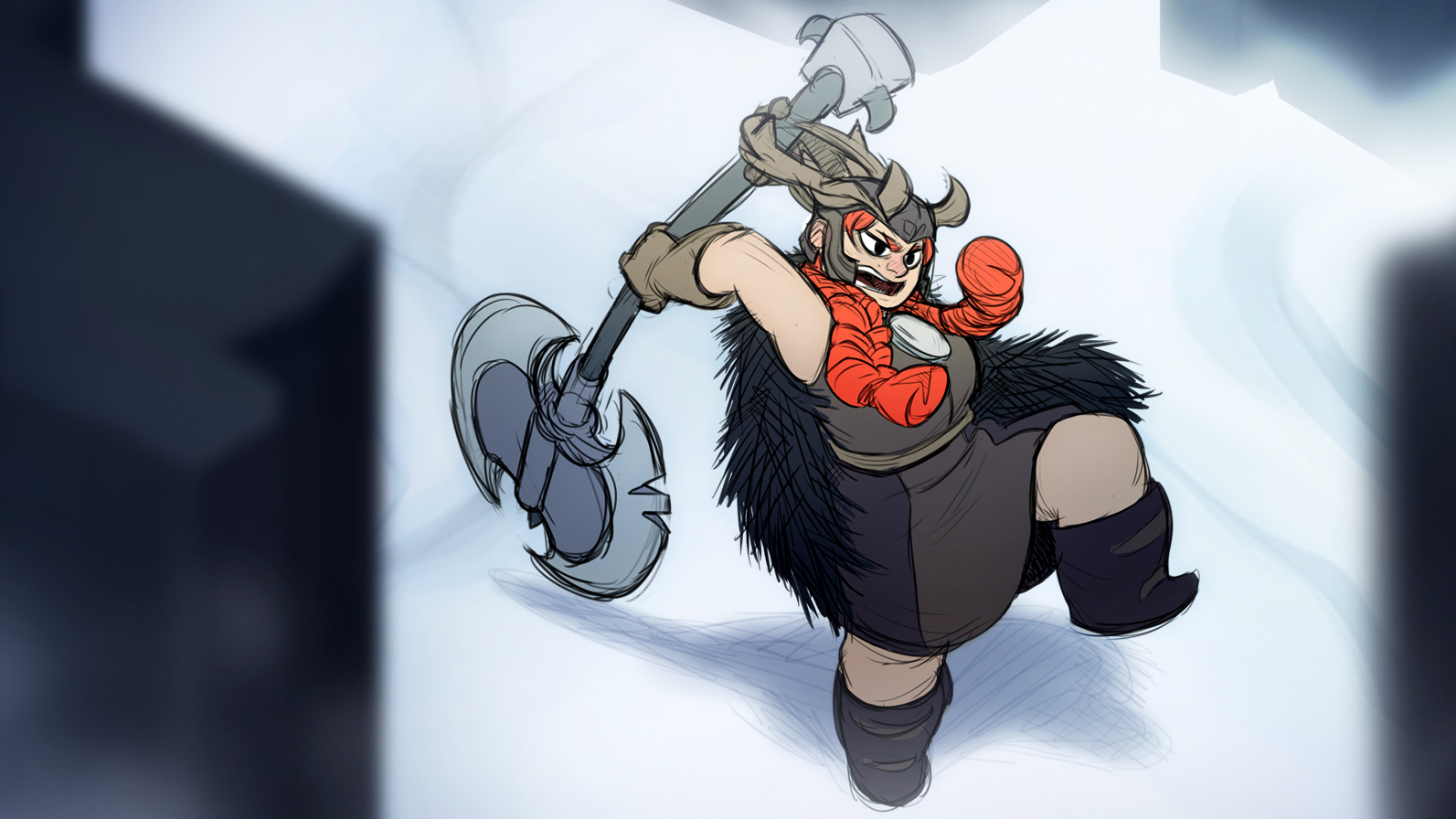 The opposite of a foot fetish

The response to my review of Freedom Planet was pretty positive, as was the suggestion that I’d be reviewing some older Steam games we may have looked over, so here we are. Jotun slipped us by here at Destructoid when it released late last year, but I’m here to remedy that.

This is a little game with big heart, big style, even bigger enemies, and strong female lead to boot. 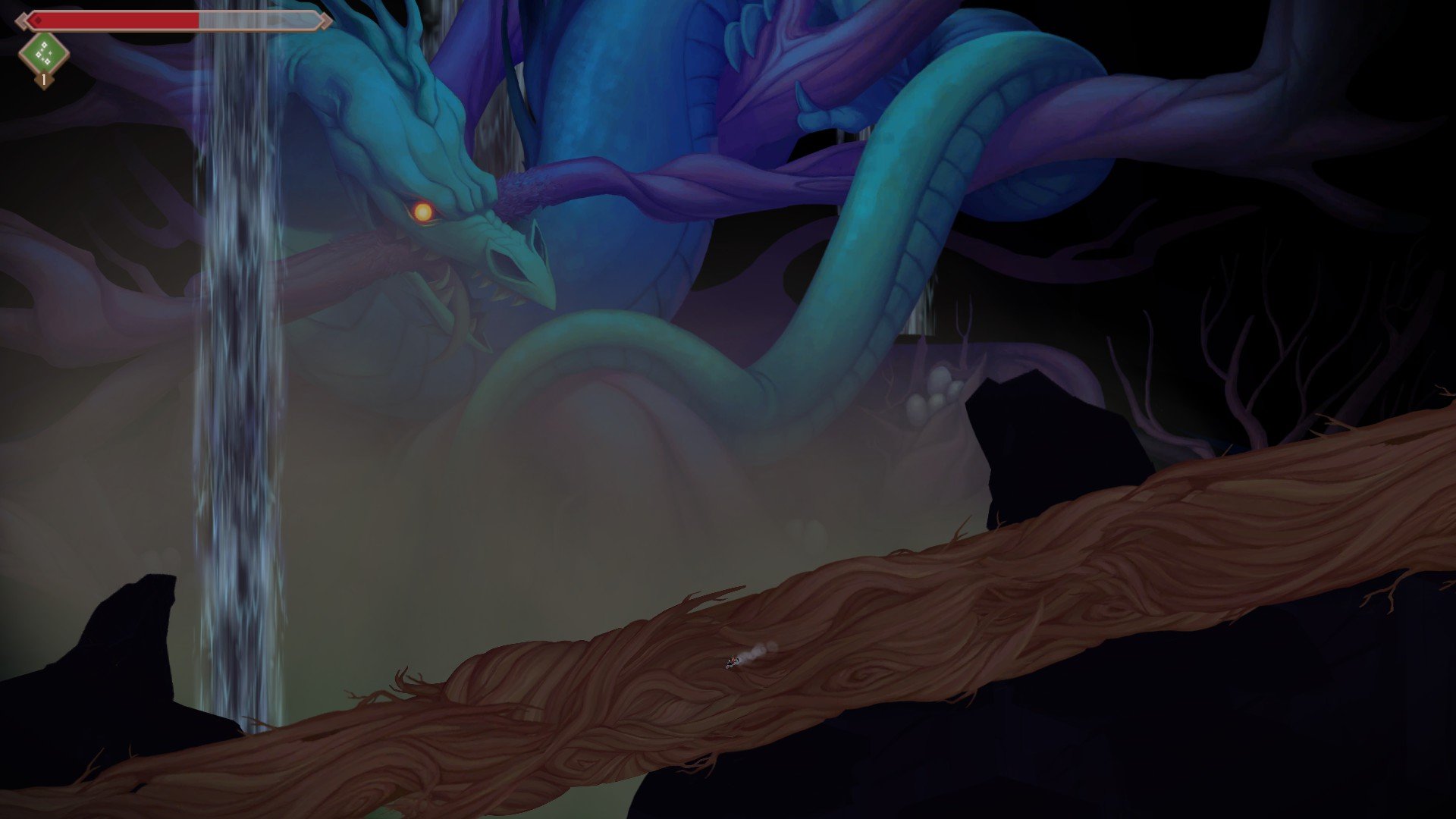 Thora just died an inglorious death and she must now prove herself by battling jotun, giant elementals based on Norse mythology, to enter Valhalla. Along her adventure, players will learn the story of Thora’s life, all spoken beautifully in her native tongue with subtitles. Easily one of the strongest and well done female characters I’ve encountered in a long time, Thora isn’t rail-thin, sexualized, or disrespectful of her foes as she cuts them down.

Each level consists of three sections, two of which can be entered and exited at will. These sections each contain a rune that when collected opens up a third area where you’ll be battling the jotun. If you’re hoping to slay tons of enemies in each level, you may be disappointed, as Jotun focuses on the journey and atmosphere, rather than combat. Most of the time you’ll be checking your map and exploring to discover statues that confer the powers of the gods, health upgrades, and, of course, runes.

A lack of combat isn’t necessarily a bad thing, as the levels are drawn beautifully and are well designed. Also, Jotun has some of the best sound design I’ve heard in an indie game in some time; you’ll hear birds chirping, branches crackling, and snow blowing, all while a beautifully-orchestrated soundtrack plays in the background. More so than any other game I’ve played, this attention to detail makes for an atmosphere that sells the “journeying through purgatory all by your lonesome” aesthetic.

If you’re hungry for a fight, don’t fret, as each level ends with a battle of a gigantic jotun. Jotuns are so large the camera has to pan to the point Thora looks like an ant by comparison. While each battle consists of chopping away at the feet of each jotun with your trusty axe, they all feel different enough to stay fresh. That said, the strategy for taking on each jotun is similar: avoid attacks, look for an opening, attack, rinse, lather, repeat. As there are only six jotun in total to conquer, the formula never gets stale.

Battling these gigantic foes are easily the best part of the game, as each one is hand drawn with an animation style reminiscent of Don Bluth’s work from Dragon’s Lair. The jotun are as beautiful as they are terrifying. 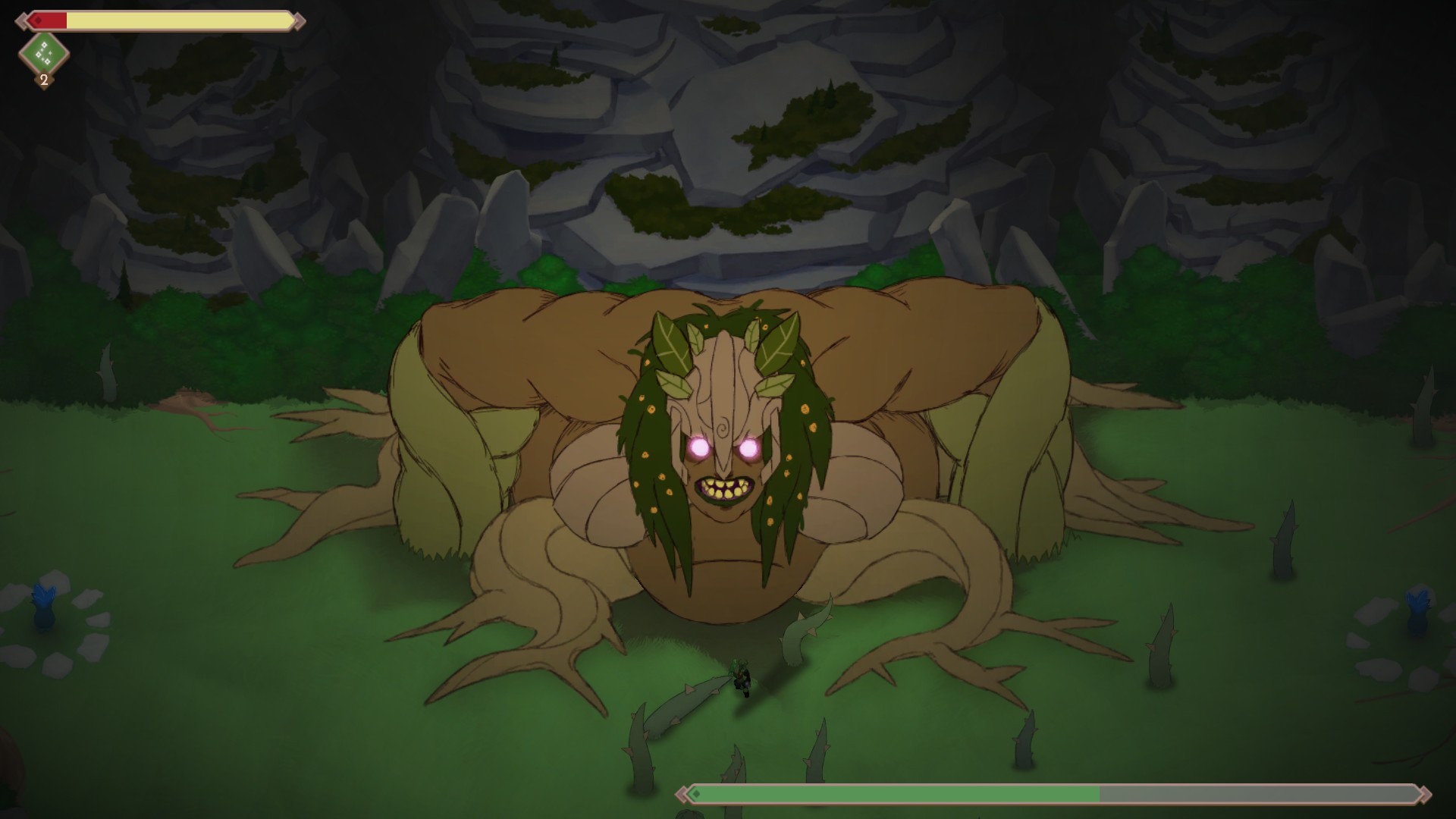 The difficulty scales well throughout the adventure, as the levels leading up to boss battles ensure each of the game’s mechanics is understood and well utilized. The first level requires players to use heavy attacks to bushwhack through a forest level, a skill that is later required to defeat that stage’s jotun battle. Another area involves climbing a gigantic tree while a huge bird periodically swoops down at Thora, requiring players to time dodge rolls, which of course is used in the ensuing battle with another jotun.

If you’re looking for something laid-back, beautifullydrawn, and well-orchestrated with some intense, but not overly difficult, boss battles, then Jotun is easy to recommend. It’s a magical ride that I’m sure I’ll revisit from time to time in the future. Even though the whole experience only lasts just over five hours, it is five solid hours.