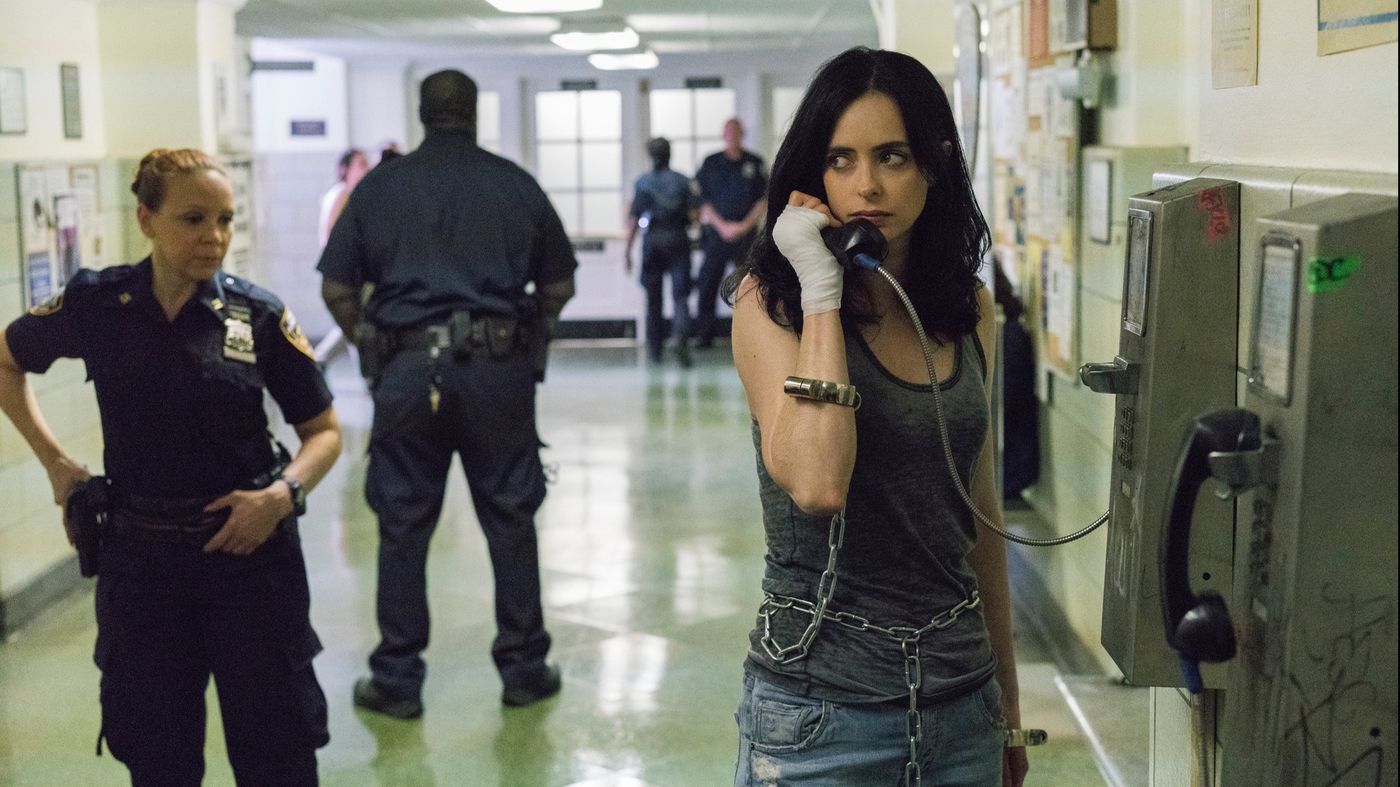 You thought it couldn’t get darker?

Fun fact: I watched all of the first season of Jessica Jones in a day. At the time, I was living in England and was so incredibly bored that I order some British pizza (it’s just as disappointing as it sounds), camped out on a couch, and watched the entire season from 9 in the morning until midnight. I couldn’t help myself. At first I watched it because I was just that bored, but after a few episodes I was hooked and the show wouldn’t let me go. It had a compelling lead, a fantastic villain, and the drama was off the charts.

I knew that a second season was always going to happen with Jessica Jones, but the question then became where does the show go? The first season went into some deeply personal and uncomfortable territory for Jessica Jones, mostly due to her sociopathic ex-boyfriend Kilgrave, and with him out of the picture for the second season, it would take a lot to top their brilliant dynamic. And by gosh they sure did try.

Some time after the first season and The Defenders, Jessica Jones is leading a relatively stable (for her) life. She’s still a P.I. and takes cases, but now she’s doing so with the help of her new assistant Malcolm, who was a supporting character from the first season. Things are starting to look up for her until she uncovers a conspiracy relating to a corporation that was brought up for two seconds in the first season, IGH. IGH is apparently killing superheroes Watchmen style, and when a super goes to Jessica only for her to think he’s crazy, she starts to dig deeper and not only discover the truth about IGH, but also about how she got her powers, how she feels about her dead parents, and her relationships between her new makeshift, dysfunctional family.

All of your favorite faces from the first season make appearances here, for better and for worse. It seems like every character from last season now has an ongoing subplot that’s entirely unique to them, yet they’re all trying to vie for space. Trish is dealing with inadequacies and has her drug problem resurface, Malcolm is trying to prove useful to everyone around him, and even Jeri Hogarth has not one but two subplots dedicated to her!

Normally I’m not opposed to seeing well-written characters get constant development, but one of the biggest problems with this second season is that all of these subplots don’t really connect until the very end. Jeri is being ousted from her firm in one subplot and asks for Jessica’s help. She does this in the first three episodes, but it’s never picked up again except for one episode in the middle of the season and the finale. You could have removed it completely and the season would not have suffered in the slightest. Out of all of the subplots, maybe half of them actually matter at the end of the day. 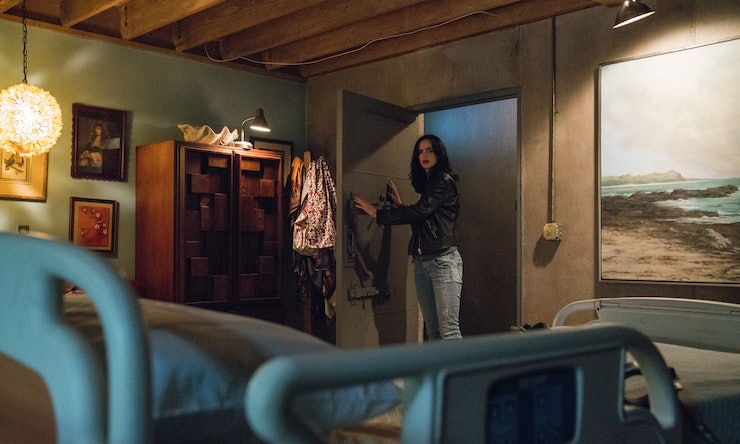 It even takes a long time for the main plot to get going. For the first half of the season, it feels like the show is just running through the motions before it reaches the big, mid-season twist. There’s a mystery that needs to be solved, but the mystery feels very drawn out and could have been wrapped up in about half of the time.

During that time, we’re introduced to a handful of new characters like Oscar, Jessica’s new landlord, who really embodies the heart and soul of the season. He’s a divorced dad who’s trying to raise his son and keep him safe and we really feel for him and how he’s trying to make an honest living out of his life. A good portion of the series is dedicated to him and his interactions with Jessica, and those are some of the highlights of the season easily.

But if I’m being perfectly honest here, the show really reaches its full potential after episode 6. The cliffhanger there leads into a fantastic second half that always feels like it’s moving forward and the characters become even more complex and rich. If the first season was about a hero fighting against a villain, then season two throws in buckets of greys into the equation. There are no bad guys or good guys here. Even the people who we should identify as being the bad guys are painted as incredibly sympathetic and I started to root for them to have a happy ending too. But this season gets dark by the end, and I mean pitch black. The final episode was a bit anticlimactic and I didn’t really know where it was going, but when Jessica is by herself at the end after a truly climactic scene, it easily topped any of Kilgrave’s scenes in terms of utter pain. 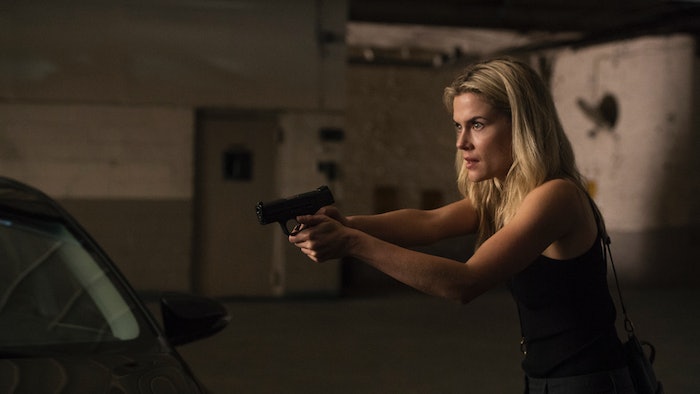 It’s kind of a shame though that most of this season couldn’t have been at that level. Kristen Ritter is still fantastic as Jessica, showing off a whole range of emotion whether she’s acting as a younger Jessica or as her current, hard-knocked, alcoholic self. There’s a reason that this show is called Jessica Jones. She commands attention whenever she’s on screen and always surpasses everyone else by miles.

I do miss the fact that we don’t have David Tennant back as Kilgrave, and the show is hurt by that fact. Not because he’s a fantastic actor (although he is), but because there’s much less of a focus now. The first season was all about Kilgrave v. Jessica and how everyone else was dragged into their personal problems. With no real driving force other than “Someone is killing supers!”, the supporting cast just can’t hold up the show on their own.

A lot of critics have been talking about “The Netflix Bloat” and how Netflix orders shows as 13 episode seasons because that’s just how other successful shows do it on TV. In the case of Jessica Jones‘ second season, it really does feel like the plot was bloated from a 10 episode season into a 13 episode one. It’s still a perfectly fine show that I would highly recommend, but it really only becomes something special after you’ve sat through six hours of it. It’s not a glowing recommendation but trust me, it’ll be worth it at the end of the day.