Say what you will about rerelease collections, but this one was needed. The Jak and Daxter series contained some of the finest games available on the PS2, and this generation of PS3 gamers may have missed out on Naughty Dog’s earliest works, so a series collection was more than welcome.

The Jak and Daxter Collection takes all three games, remasters them in high-definition running at 60 frames per second, adds Trophy support and 3D support, and puts them all on one $40 disc for the PS3. Even after more than a decade, Jak and Daxter impress — that’s how good these games are. 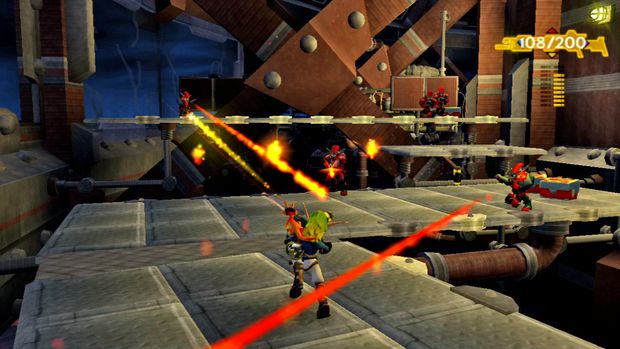 Back in the PS2 days I played all three Jak and Daxter games in their entirety, so the Jak and Daxter Collection was like a stroll down memory lane. Well, more like a run through an epic triathalon. I forgot how challenging these games were!

Playing them in order, the first game, Jak and Daxter: The Precursor Legacy, eases you into the series, with platforming action gently ramping up to serious trials and some truly unforgiving ledges and edges. I can’t tell you how many times I fell down off a high point, forcing me to work my way back up to a dangerous edge. While this was sometimes frustrating, I found it a bit refreshing compared to modern 3D platformers, where it’s a bit harder to fall off an edge. The Precursor Legacy has aged surprisingly well for a title that’s more than a decade old. The game’s focus on item collection and fetch quests is a bit dated, and some of the movement and camera issues from the early days of 3D platforming pop up at the worst times, but overall it was great to see how this fantastic series kicked off.

Jak II came a couple of years later, giving the developers time to ramp up the tech and visuals for this sequel. Playing these two back to back in this collection served to highlight the advances, showing just how fast the developers grew. Naughty Dog seemed to explode with creativity in Jak II, bringing a darker story, deeper gameplay, better animation and glimpses of some of the epic scale we’ve come to love in the Uncharted series. In the visual department alone it’s truly surprising to see how different the first two games are, especially with the HD upgrading this collection brings. 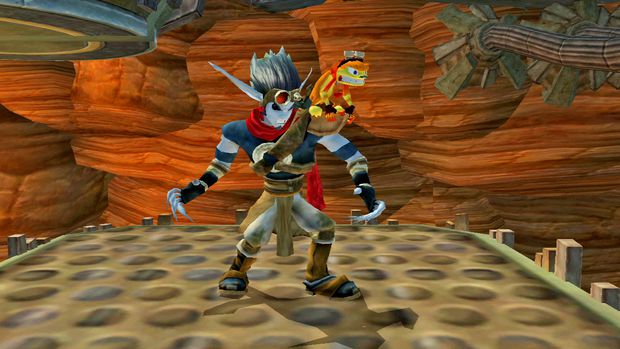 In this sequel Jak turns into a sometimes-evil badass that can tap into his newfound darkness to hit harder and move faster. This game also introduces gunplay, and there’s a neat interplay between the series’ standard combat and some of the innovative new weapons. This all works nicely in the game’s dark, futuristic setting, and it helps elevate the series from a standard platforming fare to a varied, open action-adventure experience.

The structure of Jak II has the heroes freely roaming a massive city, making for a very sandbox-y, non-linear experience. It’s fun to run around and cause trouble, but it’s also easy for the duo to get lost, and that can be frustrating. Sometimes the game is so ambitious in its scope that it borders on tedious…until you find your way, that is. And while we’re on the topic of frustration, some of the game’s many story-based challenges are so difficult that I found myself having to take a 15-minute break to recollect my composure. This becomes a trend that stands even now with Naughty Dog’s current games.

Jak 3 is my favorite title as it brings a close to the series, bringing with it the most refined gameplay of the three games. It’s also the best looking title, with the HD upgrades bringing it up to a level where it holds up nicely against current titles. Many of the game’s sections shine with detailed animation running at 60 fps, and the cutscenes were so ahead of their time that with this upgrade they are on par with those of the Ratchet and Clank series. Jak 3 was a great looking game back in 2004, and it’s even better in 2012. 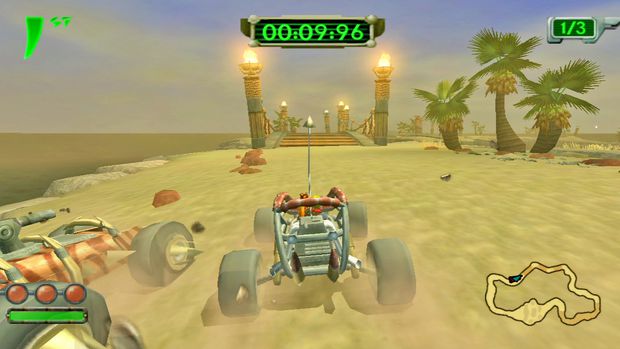 Naughty Dog went absolutely nuts in Jak 3 with gameplay styles, making sure to throw something new at players at every turn. Multiple types of racing, arena shooting, hunting and even arcade gaming break up the platforming action, and it’s all really good. These different types of challenges also provide ample opportunities for new Trophies. Aside from the game’s camera following a bit too closely for comfort, all of the varied types of gameplay are so refined that you can’t help but be impressed. The insanely high difficulty of some of the challenges rears its ugly head again in this title, but they’re worth sticking out. While I’ll always love this game, it features what is easily the most frustrating race segment ever in an 3D action-platformer.

Jak 3 is a treat for Naughty Dog fans as it serves as an early glimpse into some of the gameplay and design elements they would eventually bring to the Uncharted series on PS3. You’ll see some examples of the brilliant storytelling and dialogue we’ve come to expect from them, with plenty of cutscenes packed with their trademark humor. Some of Daxter’s one-liners had me rolling, and they are great examples of the foundations for Nathan Drake’s wisecracking. It’s also easy to see several instances of their budding cinematic style and their love for huge event pieces. The whole game is like a preview of what is to come from Naughty Dog, bringing an additional layer of enjoyment for fans of the studio. 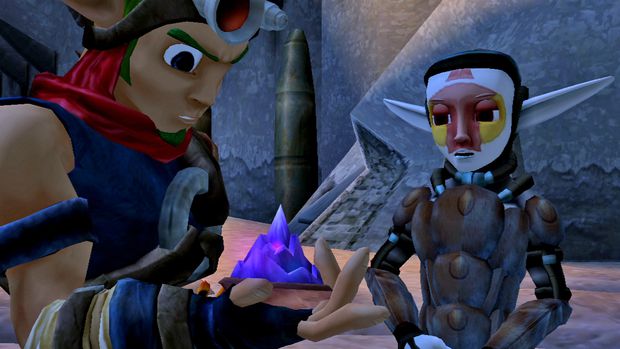 The 3D option of this collection is a nice touch, though I wouldn’t say that those without 3D televisions are missing much, as there isn’t any 3D-specific work in these titles. It’s just a subtle tweak that adds to the fun. That said, all three games look great in 3D; the increased depth really benefits vehicle segments. The cutscenes also really pop with 3D on, especially in tight head shots. The games have a 3D depth slider option in the pause menu for fine tuning.

One small gripe: While all three games are selectable for play from a main menu, there’s no way to exit a game to get back to the menu, meaning that you’ll need to quit the disc and go back to the XMB to restart it to select another game. Also, your only ‘extra’ for this fine collection is a scrolling credits list option.

The Jak and Daxter Collection is a gift to platforming fans, Naughty Dog fans, and gamers in general. For just a bit over $13 a game you’re getting the best version of three PS2 classics, each packed with tight platforming, great characters, hilarious dialogue, and a huge range of gameplay styles. And with the HD and 3D upgrades, these games have never looked better. Some of the item fetching of the earlier games feels a bit old, the platforming gets a bit hairy in spots, and segments of too-tough difficulty are hard to push through, but these are small blemishes on what is otherwise a beautiful collection. The Jak and Daxter series still stands as one of the best platformer series ever created, and every gamer should make it a point to play through them.