I don’t know what it is about Iron Man that drew me to him as a kid. His cool suit? His sassy demeanor? Eventually, Robert Downey Jr.? Maybe all of the above.

But one thing is for certain: stepping into his shoes in VR isn’t quite as cool as it could be. 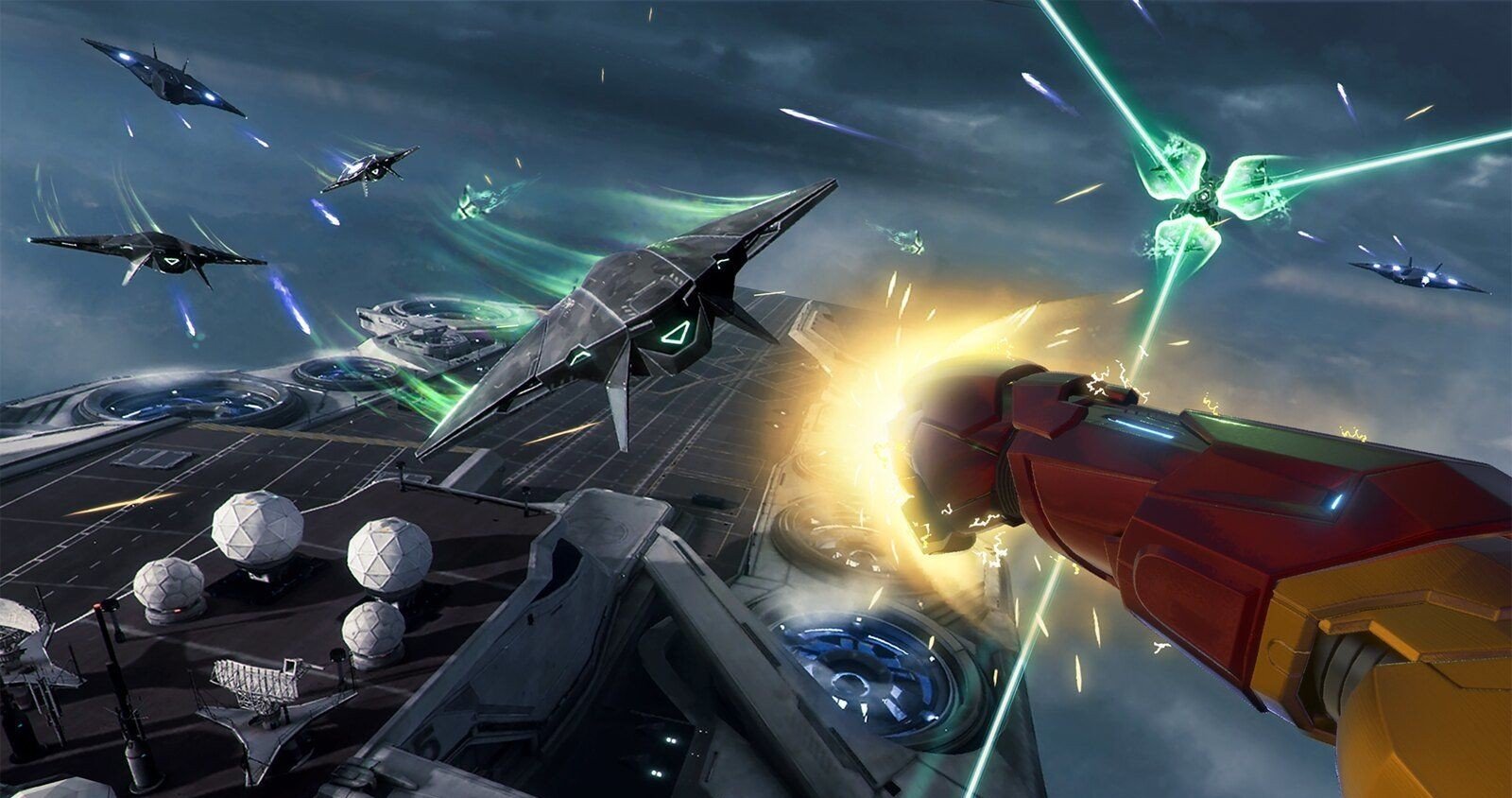 Having experienced the Index’s Knuckle remotes and the Oculus Touch 2.0 controllers for a long while now, it’s really hard going back to those two Move remotes.

Look, I respect the hustle of the Move. In my house, they even have their own charging cradle! But the precision of the two aforementioned control styles have thoroughly surpassed what the PSVR can do, and I sincerely hope that Sony has something planned for VR in the next generation. With that in mind, Camouflaj makes it work and pushes the Move in ways studios before have failed at.

We’ll get to the controls in a moment, but Iron Man VR manages to find a comfortable medium between the sacred and the profane. A marriage of sorts of comic source material and the MCU, Iron Man starts off with the familiar storyline of Tony Stark retiring from weapons making and living at his home in Malibu with his public Iron Man persona on full display. They even follow the “Tony was captured in a cave and had a change of heart” motif from the first MCU film.

That’s just the prologue, though. After a five year time jump Iron Man VR spreads its wings a bit, even if it heavily re-uses themes that have been touched upon multiple times in the MCU already. Josh Keaton (veteran voice actor and long-time “super” performer) does his best with what he’s given as Stark, but he’s really able to show his chops with the character Gunsmith: an AI created by Tony to assist him in times of war. It’s a double-role with a few clever (though sometimes on the nose) script choices that help highlight the strong duality of Tony Stark.

Jennifer Hale’s Pepper Potts is sadly sidelined (if we get a follow-up, I hope it’s a multiplayer game with Iron Man and Rescue) but does a great job as usual with what she has to work with. Combined with a main villain that has a very Psycho Mantis feel to it (including the whole “I’m hijacking your UI for nightmare fuel” angle) the small cast feels lively, especially within the intimate framework of VR.

Iron Man is very much narrative-focused, with introspective monologues and lots of fun character interactions. Even during a mission things feel like they’re moving at a rapid and punchy pace, akin to the feel of a lot of comic storylines. Camouflaj took a bit of a risk here packing so much story in (a few chapters have very little interaction and almost function like an adventure game), but I think it paid off.

Iron Man VR is best played standing, as you’ll need some room to maneuver both of your hands to trigger those palm thrusters. It takes some getting used to but the emulation of Iron Man’s “actual” suit is genius, especially once you start doing tricks like propelling yourself forward with one hand/thruster and blasting enemies with the other. The control scheme and the ability to look around really make Iron Man VR; allowing it to break free from its arcadey foundation and sometimes elementary background visuals.

A separate targeting system for each hand is really cool, and funnels back into one of my key loves for VR: an innate need to re-learn everything I’ve known about gaming controls for the past three-plus decades. Amid the game’s sparing technical failings (and re-used environments), on higher difficulty settings the game is extremely tactical and twitch-based. The VR immersion helps, but something as simple as putting up your palm to fire a repulsor blast, or bringing your wrist into formation to shoot missiles is cool looking and fun in practice. I also dare you to not stick out your chest when you fire off a Unibeam.

It’s not foolproof though, mostly due to the limited nature of the corded PlayStation VR and the button-based turning system (the game even warns you about getting wrapped up. When those moments would hit all I could think about is playing it on the cordless Oculus Quest with better remotes. Hopefully this sub-IP isn’t a Sony exclusive forever.

The game itself is littered with load times, a few of which break the tension mid-level following a particularly shocking scene. Load screens in general are lengthy and frequent, and if you die during a tough section: lord have mercy. I also had one experience with pop-in (which fixed itself in five seconds) and one crash after a mission ended (auto-save had me covered, I lost no progress). I have a feeling this game is pushing the PSVR too far at times.

Once you’re done with the eight-ish hour story, you can hit some time trials, repeat missions in a post-game chapter, mess around with a few Stark manor minigames or tackle a final super-hard-mode-only challenge. There’s also armor upgrades to chase, but that’s less enticing of a prospect as many facets of the suit can’t have more than one mod installed at a time. Now, eight or so hours is a decent run for a VR game, but as time has passed this has become the new normal for titles helmed by major studios. There’s padding here to help hit that mark, so you need to be into the idea of VR already: this isn’t a “system-seller.”

For every few moments in Iron Man VR that gave me an absolute rush, there were several that felt comfortably sterile. That’s not the best ratio, but I’d definitely play more and I hope that Camouflaj gets their hands on Iron Man again: if only to see how they can top themselves and mend their mistakes.