Inversion is one of those games that seem to have been around forever, quietly popping its head up out of the bushes every few months to remind us it still exists while we continue living our lives and barely so much as grunt an acknowledgement. Such games come along now and then, and rarely do we expect a lot out of them.

Suffice it to say that not many people expected much from Inversion.

Suffice it to say that Inversion delivered what was expected. 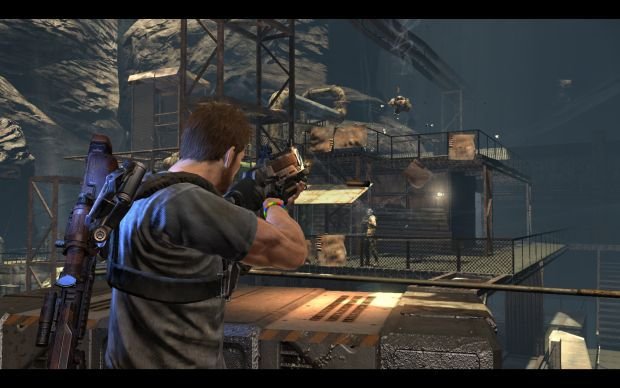 There is not a single original idea to be found in Inversion. That’s not inherently a bad thing, but for all the game’s attempts to stand out from the crowd, it really doesn’t do anything to differentiate from the titles it liberally pinches from. A third-person cover-based shooter with gravity manipulation, Inversion is basically Gears of War with Half-Life 2‘s Gravity Gun and Dead Space‘s Zero-G sections. Again, not a bad thing on its own, but Inversion does none of its pilfered concepts any real justice.

Standing in for Gears‘ Locust horde are the Lutadores, a group of bulky barbarians who look like they could exist in any of Epic Games’ recent titles. These bellowing raiders have invaded a place at a time to do things, kidnapping the wife and child of a protagonist who probably has a name. The story earnestly attempts to make the player care, but the delivery is so lacking in energy and the scenario so vague that my mind glazed over with every cutscene. It’s telling that the game’s primary antagonist is reintroduced in passing roughly ten minutes before the final boss encounter, as if the developers suddenly realized they were building to a fight with a guy who had, until that point, done absolutely nothing.

As a shooter, Inversion is not too terrible, serving up a bowl of straightforward, paint-by-numbers cover-centric combat. You go from point A to point B, hiding behind convenient walls and shooting at chunky opponents with a range of bog-standard guns. Every now and then, a drill will come out of the ground and unleash more enemies until it’s destroyed with a grenade — yes, just like Gears‘ Locust holes. There’s room for one online co-op partner, and the occasional machine gun turret to mow down waves of incoming enemies. It’s a guided tour through every single third-person shooter ever released, only the guide is a tired old man who’s counting the minutes until his shift ends.

The ability to manipulate gravity serves as the dividing line between this game and the one it’s copying, and it admittedly adds a little more fun to the fights. The so-called GravLink has two settings, one that reduces the gravitational pull within a certain radius, and one that increases it. Using these two settings, players are able to aim at a chosen spot in the environment and cause items to either float or stay pinned to the ground. Floating objects (and enemies) can be pulled toward the player and shot back with a huge amount of force, making for some nice improvised kills. A nice touch is the ability to raise balls of gas or lava and fling them around, directing explosions and spreading fires.

For the most part, the gravity manipulation is somewhat amusing, though it can be fairly unwieldy. With so many objects floating around, it is sometimes difficult to grab the thing you want, and the GravLink blasts have a nasty habit of hitting cover and other objects, regularly failing to land on their intended targets. Still, being able to lift annoying enemies out from behind cover and riddle them with bullets is a pretty sweet feeling.

At various points in the adventure, players will enter areas of zero gravity where they’ll need to float from cover to cover. As seen in Dead Space, it’s a simple case of selecting the next bit of debris and tapping a button to fly over, though enemies may turn up to initiate a zero-G shootout. There are also areas where the gravitational pull can be shifted by walking into various hotspots, making the entire world spin as players run up buildings, cling to ceilings, and fight enemies who may be stood on separate gravitational plane. These fights in particular are surprisingly well executed and quite remarkable, but there’s simply not enough of them. Over the course of the six-to-eight hour campaign, only a handful of minutes are dedicated to these sections, when they ought to have represented the full product. 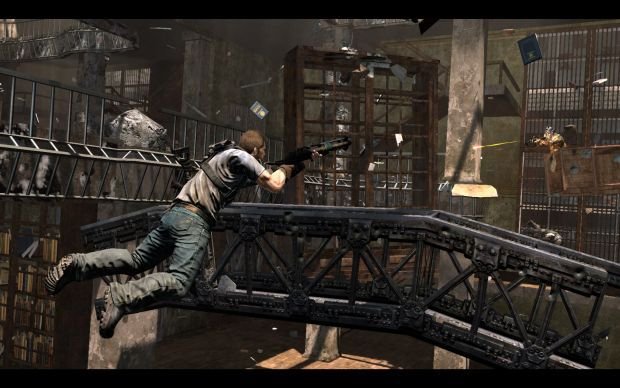 Outside of these inventive arenas, the majority of the game is a straightforward and uninteresting slog from checkpoint to checkpoint. It lacks the intensity and personality of Gears, it misses the atmosphere and storytelling of Dead Space, and generally feels like a mediocre retread of everything we’ve seen before. I’m all for games stealing ideas if they do the ideas well, but so much of Inversion simply staggers through the motions, seemingly pleased with itself while ticking boxes on a checklist of established game features.

Nowhere is the game’s lack of creativity more apparent than in the boss encounters. There are maybe five bosses in the whole game, but more than double the amount of boss fights. Expect to see bosses — with inventive names such as “Butcher” and “Brute” — return at least two or three more times after their initial defeat, and expect them all to be fairly aggravating. The only real “challenge” is derived from Inversion tossing a ton of minion enemies around the arena, and opponents that can destroy the player in two or three hits. It’s the kind of challenge that is never too hard to beat — it’s just annoying and demands success through stubborn attrition.

Outside of bosses, this principle of challenge continues. Enemies hidden behind doors or around corners that will chew the player to death before they can find cover. Flying robots that ignore the cover system completely and punish our hero for playing the game as intended. The usual ways in which an otherwise easy game tries desperately to increase the running time by making the player retry various sections. Again, this isn’t a difficult game at all, it just tries to ambush you and score a free kill that you will see coming next time. 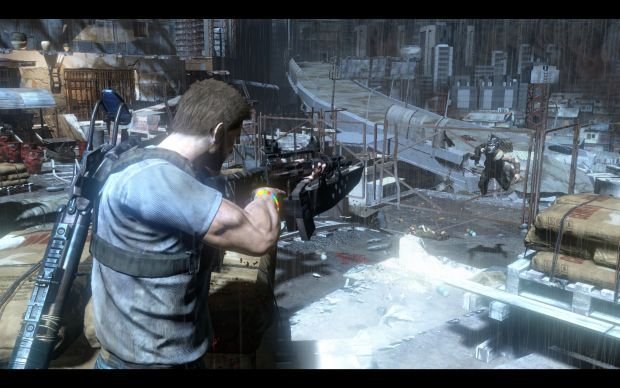 Still, like I said, the game’s not horrible. It’s not very good, or compelling, but it’s far from offensive. It’s just another shooter that pinned all its hopes on one gimmick that wasn’t quite good enough to make us forget how mediocre everything really is. It’s just there, showcasing its potential and betraying it with a lack of verve and an unwillingness to stray too far from the well-worn path.

Speaking of the well-worn path, there’s an obligatory multiplayer mode, though it won’t surprise anybody to learn that very few people are playing it. After wasting a lot of my time, I was able to get into a Deathmatch mode consisting of me, one other person, and an idle player who served as free target practice. Combat consists mostly of seeing who can be first to hit the other with a heavy gravity blast before shelling the crap out of their prone body.

There are some objective-based anti-gravity modes to keep things interesting, but absolutely nobody is playing them. Still, if you manage to find some friends to play with, there’s an experience system with custom loadout weaponry to unlock. All the usual stuff, really.

I am surprised by how good Inversion looks, though not because it looks particularly wonderful. It’s riddled with texture pop-in and the colors are blandly brown, but I expected it to look like a terrible budget game and was shocked to find something rather competent. There is a nice style to it, even if that style has been largely appropriated from Epic, and the gravity effects are very well done indeed. The voice acting is forgettable, but there’s some surprisingly nice tunes hidden away in the soundtrack. For a relatively obscure “middle shelf” game, I’d say Inversion does its level best to look and feel like a big-budget experience, and sometimes comes close. 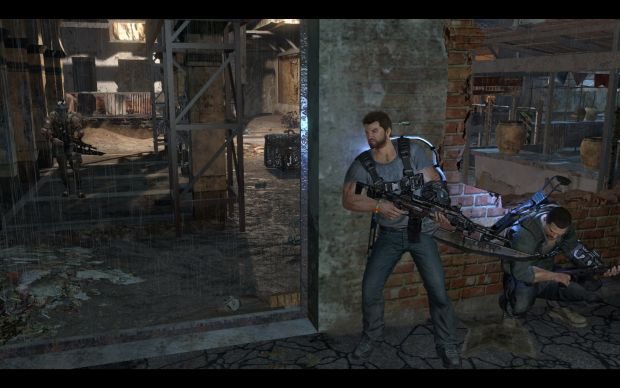 Inversion could have been so much worse than it is, but there is evidence suggesting it could have been better. Flashes of genuine brilliance occur during its most inventive segments, and I can tell that the team behind it really did care about what they were doing but lacked enough of something — be it money or skill — to see Inversion become an exciting prospect. Perhaps it was believed that it had to stick to formula in order to be successful, or maybe those in charge just didn’t know how to capitalize on its own ideas. All that matters is that there’s a lot of heart in Inversion, but absolutely nothing going on the brain department. There is desire, with absolutely no thought.

A real shame, but an expected one.