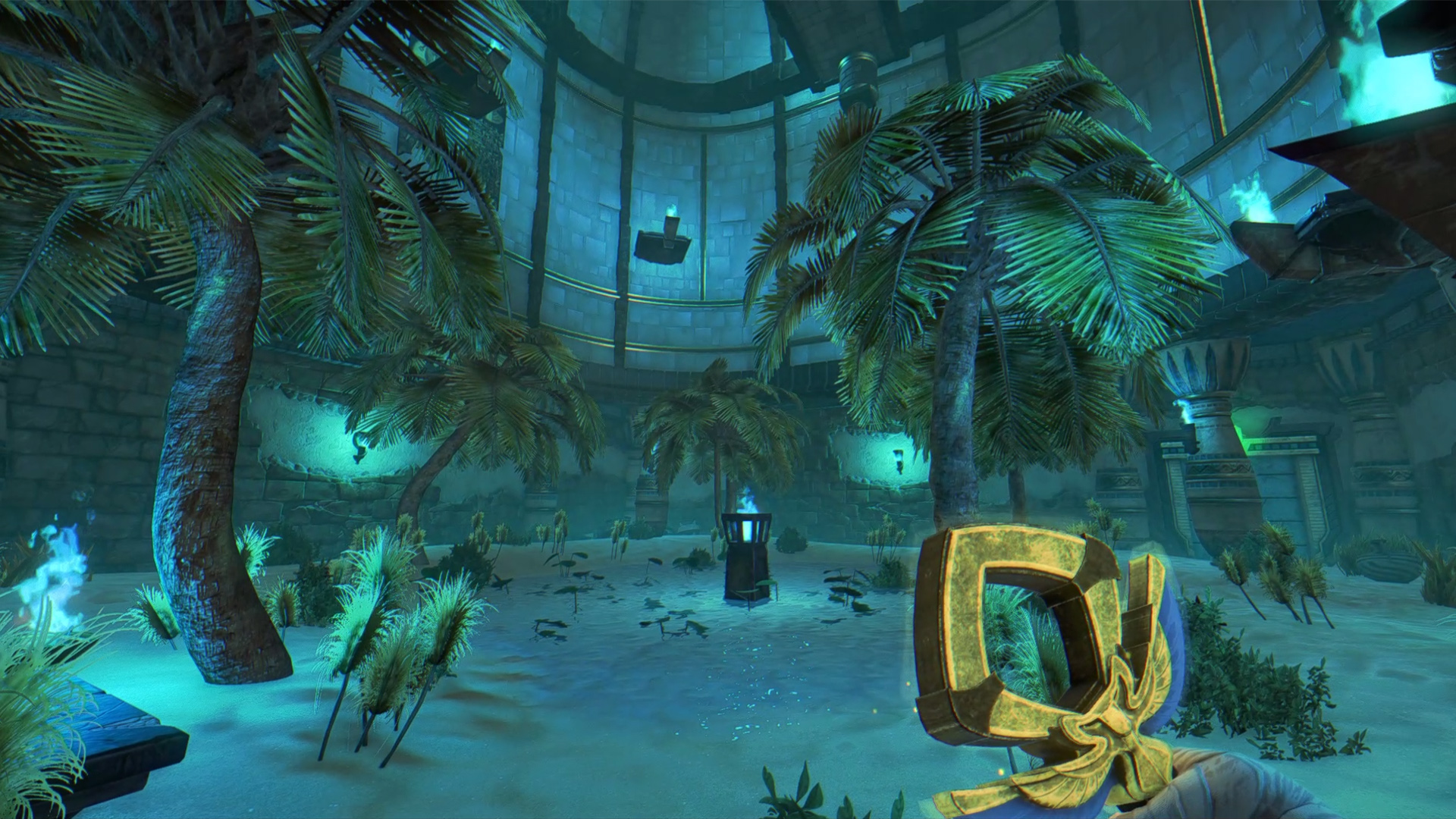 Trust me, it’s better than it sounds

When I first saw the phrase Immortal Redneck I laughed out loud. Like a real, hearty belly laugh. It was so absurd, absurd enough to get me to give it a shot, and I’m glad I did.

Although the game’s humor translates about as well as its title, its silly shell houses a very fine old school-tinted roguelike shooter.

I know a few of you are probably “nope-ing” out of this conversation because of the title and the roguelike notion, but I’d advise that you at least check out a gameplay trailer first. While many studios have attempted to recreate the magic of the original Unreal Tournament or the arena shooters of old and failed, developer Crema managed to get it right.

In Immortal Redneck (a phrase I never thought I’d type in all my years of games writing), the general flow is to enter each randomized dungeon, explore its labyrinthine paths until you find end of the floor, and either complete challenges or kill enemies to unlock a room until you succeed (and find the mid or end boss) or die. If you end up biting it you’ll start all over, spend your earnings on stat increases and upgrades, and start again. It’s a roguelike, there’s no doubt.

But the way that Redneck plays is just damn fun. It’s like something out of an old school shooter like Serious Sam or even Doom with the way it approaches locomotion and arcadey weapons. The run button has a real heft to it, and you aren’t constantly running out of breath like a modern shooter. Each weapon, from mystical ankhs to traditional handguns or assault rifles is arcadey and fun to use, but are also coupled by a certain degree of logistical restraint with tight controls even on consoles.

While I did get overly familiar with the layouts over time (there’s a ton of rooms and variance, but several of the bigger or tiered sections do blend together a bit), the denizens of the game’s several dungeons didn’t. Boss fights are colorful, inventive, and sufficiently tough, and even some normal enemies require a proper touch every now and then. My main grip with Redneck is the upgrade process. It’s a little slow-going at times, and the first five, or even 10 runs won’t provide any sense of real progression both in terms of chucking out meaningless incremental stat gains and the lack of power on a mechanical level.

But after investing several hours (and enjoying the randomization of gear and magical scroll powers that’s different each run) into my character I started to see Crema’s vision come to life. Swapping to different patron Gods grants you new passives, spells, and starting loadouts, drastically altering the way you approach each run, potentially gelling with your personal playstyle. The best part is that you don’t really need said upgrades once you get the game’s systems down and are able to dodge on-demand or micro-manage which items are worth picking up, or if a randomized scroll is worth gambling on.

Immortal Redneck‘s loop is dead simple: play some, upgrade, play more, buy the item that lets you skip past the mid-boss, play some, upgrade, then confront the final boss. But you know what — it’s a blast, and I never really thought of any of the above as work. While the roguelike setup will no doubt scare some people off (you do you, reader), anyone looking to temporarily transport themselves back through the ages of FPS-dom without making concessions should give it a chance.