You may or may not be a fan of Amy Schumer. I am. I find a lot of her humor insightful and hilarious. Her stand up special kind of sucked, though, and she’s 50/50 on headlining movies so I was hoping to get back into enjoying her comedy with I Feel Pretty, a movie that looked to send up all those 90s and early 2000s romantic comedies where we all learn the value of a stable relationship, being ourselves, and doing ridiculously romantic and over-the-top things to prove ourselves in the end.

Imagine my disappointment when about halfway through the film I realized Schumer wasn’t sending up these films, but just simply making one. This wasn’t a clever wink at the inherent sexism in rom-coms or the problematic dependence of people’s happiness being tied to getting hitched. It was one of those movies, straight up, and by the end all I could think about was how out of date it felt. Did it have its funny parts? Definitely, but the whole thing felt like something made 10 years ago for a society that hadn’t just gone through a massive cultural movement.

I Feel Pretty‘s message is on point, its delivery is not.

Renee Bennett (Schumer) is a woman that thinks she can’t do anything because of her appearance. She’s routinely down on herself and filled with self doubt until one day she watches Big and figures she too could wish for something and maybe it will come true. The next day she hits her head in a Soul Cycle class, causing serious brain injury, and making her believe she’s stunningly hot. Through this new found false confidence she promptly lands her dream job as a receptionist at a beauty products company, and then goes on to explain to this global, high-end makeup brand how to sell to “real women” instead of the elite super models they’ve evidently been exclusively interacting with since the foundation of the company. Also, she falls in love.

The premise of the movie is ripe with potential, all of which I Feel Pretty squanders with its trite story and lack of any depth. This set up is perfect for mocking Hollywood cliches, and turning the romantic comedy on its head, but instead it stands it right up, pats it on the back and says, “You aren’t so bad.” Renee’s life lessons play out in the exact manner they would had she actually turned into a super model, and her revelations are handled in ways I thought Hollywood had left behind with the likes of Raising Helen or whatever other 90s rom-com that sucks. 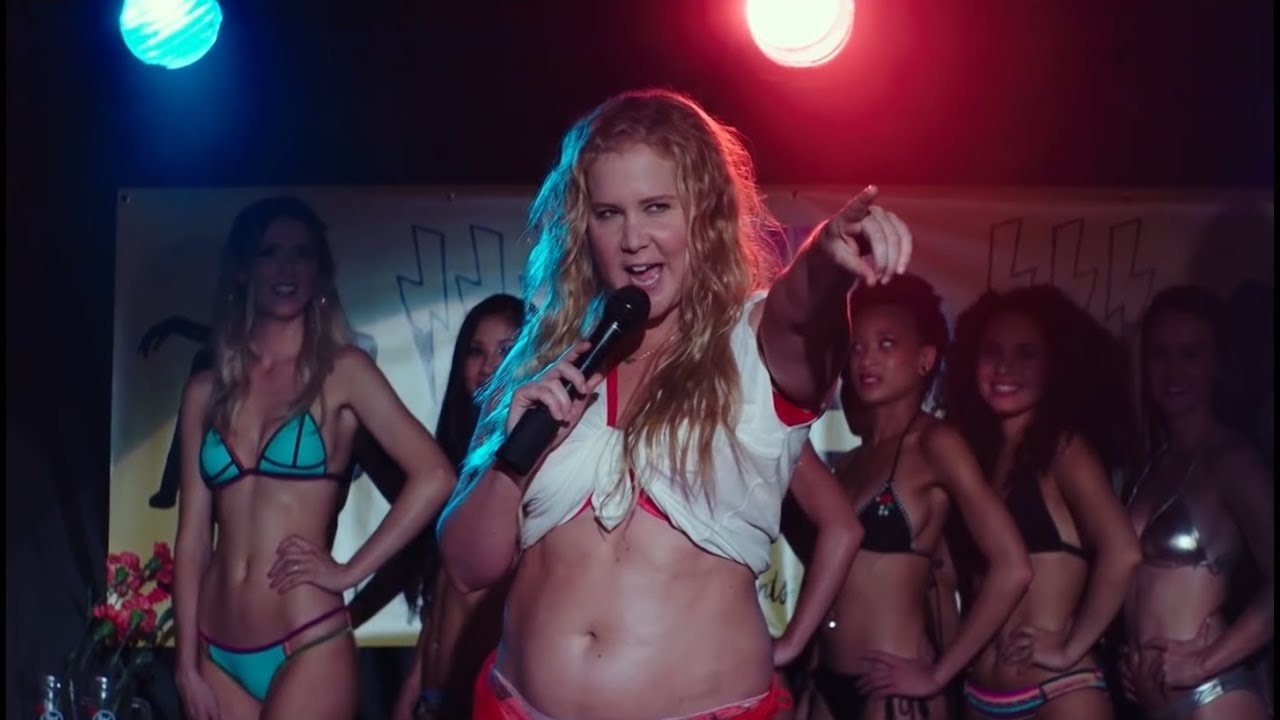 It’s also rife with the kind of fantasy fulfillment that destroys the reality of the film. You’re telling me that a major makeup company doesn’t have a marketing team that has spent their entire lives learning how to market to anyone? Or that their entire IT department is a guy in a Chinatown basement and Renee, who doesn’t code, and seems to just sit there complaining to the guy who does code? Not to mention the horrendous message it sends to women that Renee quits her IT job to be a receptionist — a fact that is never addressed as a bad idea even when she finally does learn her life lesson. Wouldn’t want to show a competent woman in an industry dominated by men succeed at her chose profession… nope. You’ve got to take any rom-com with a grain of salt, but this feels like its operating in some sort of alternate reality.

That’s not just in terms of plot. The movie’s message might be one that jives with the #MeToo movement and female empowerment, but its delivery of that message feels decidedly outdated. The film is all about the objectification of women and the role confidence and beauty play in our society, but it doesn’t actually seem to want to address any of these things. The conclusion of the movie feels especially false thanks to the fact that the only lesson that everyone seems to have learned is that Renee is kind of smart, and OK at her made up job. 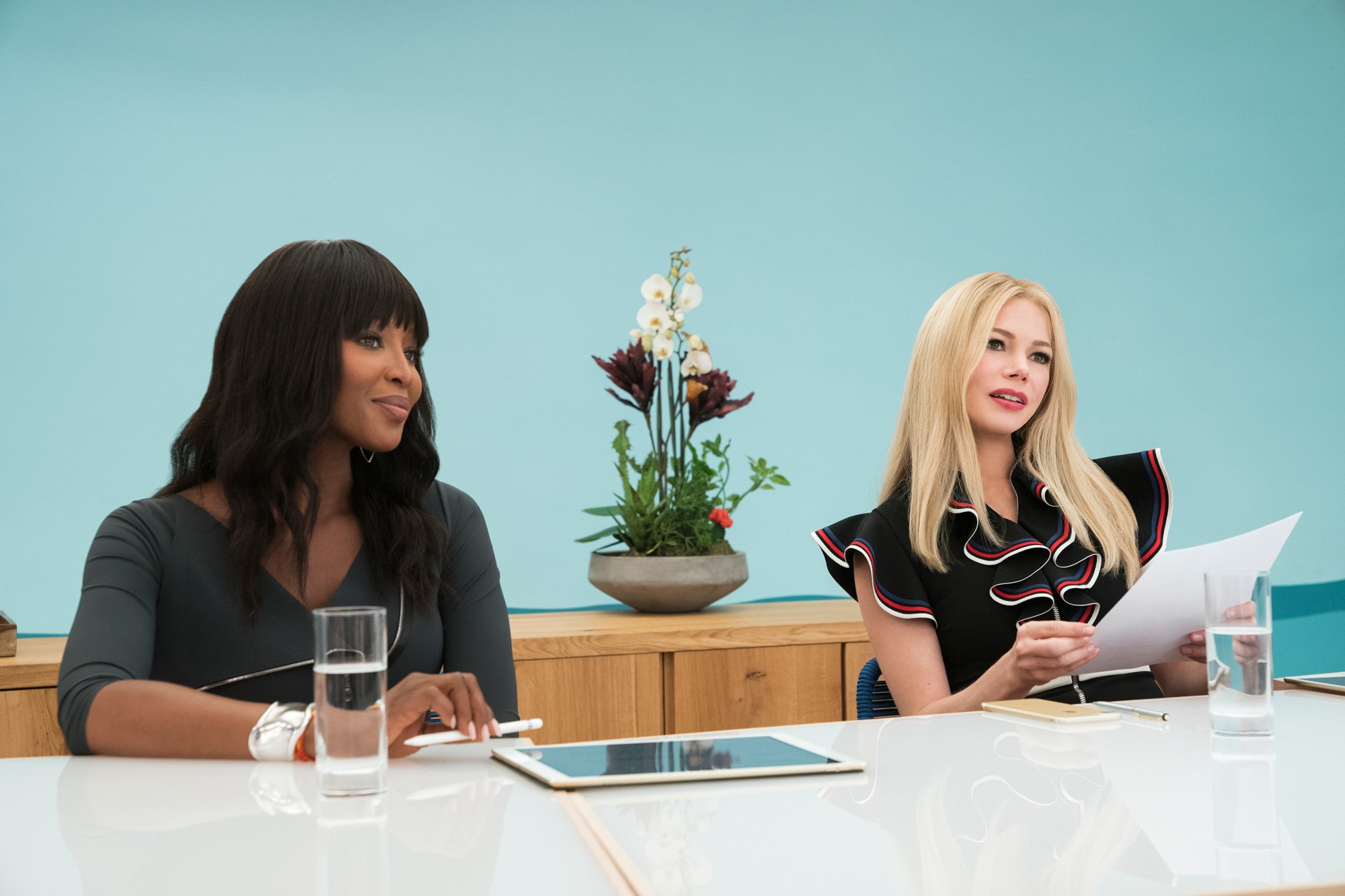 This isn’t to say that the movie isn’t funny here and there. Schumer works in some solid humor throughout, and the romantic relationship that she has with everyday guy Ethan (Rory Scovel) is actually pretty well executed. Had the film focused in on this, and played with the tropes of it there could have been something special there. Instead it’s just a blog standard rom-com setup, that works, but doesn’t do anything special. Even the wonderful Michelle Williams is stuck talking in a squeaky voice for comic gags and an attempt to show that even beautiful people have problems too. It’s all feels false.

I wish I Feel Pretty was a better, smarter movie because it’s a movie that could easily be good, and even interesting. The concept behind it should fall nicely into the important cultural movements of our time, and it should easily mock the very rom-coms that it’s based on. Maybe those are some lofty goals for a romantic comedy, but even if you look at the film in a cultural vacuum there’s not much there. The comedy can work, but it’s just the same formula we’ve seen 100 times before, executed in a way we’ve seen almost as many. There’s a space for cheesy romances, but you have to do something even slightly interesting with it.