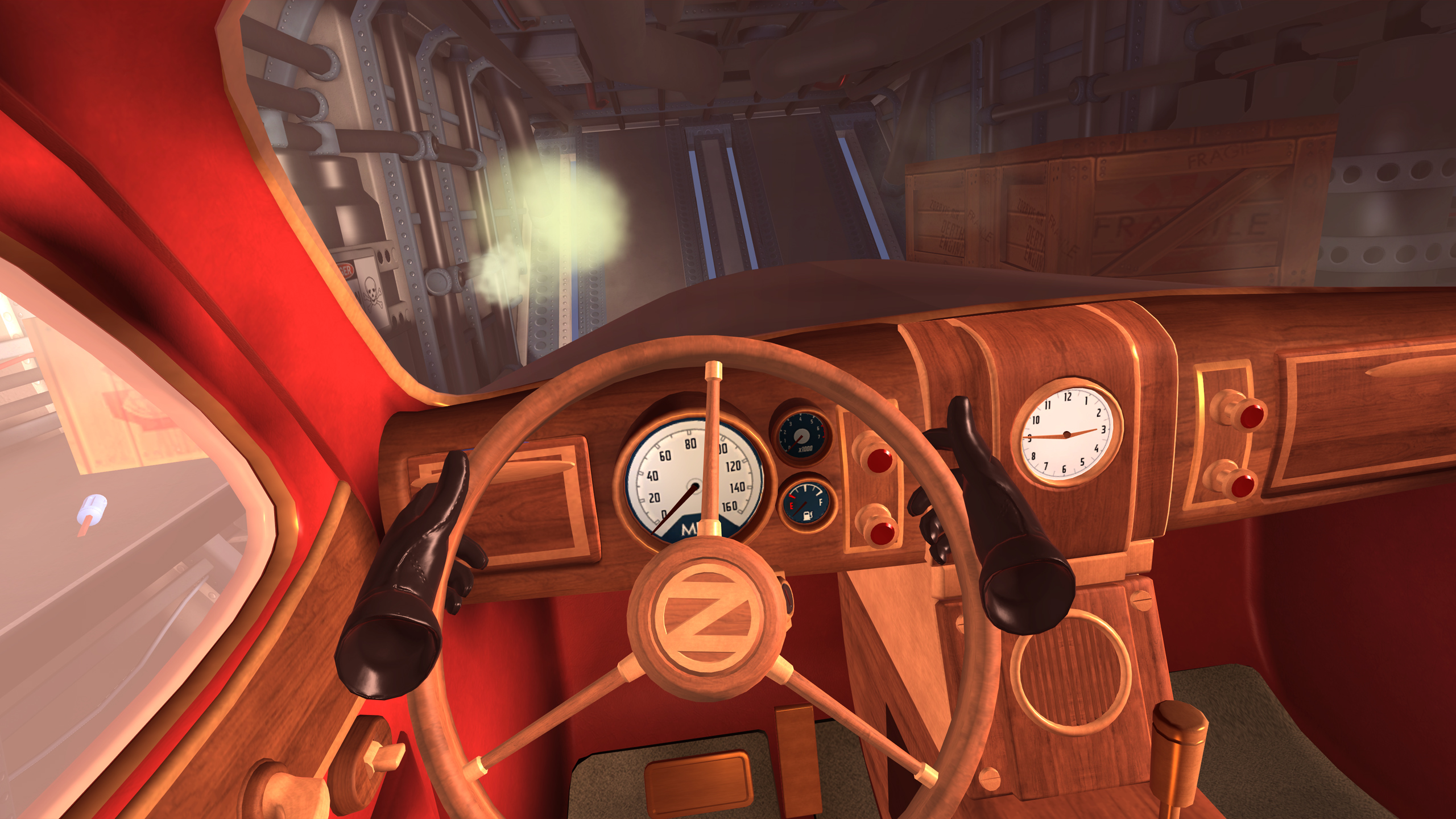 The VR industry is really starting to take shape. Sure, a lot of the games out there are still limited experiences — guided tours, if you will — but even in the infancy of the technology, it’s something we haven’t quite seen before. Is that curiosity worth a minimum of $400 to explore? For most of you, probably not.

But being able to [literally] get my hands on I Expect You To Die with the upcoming Oculus Touch is a really great way to sell it. 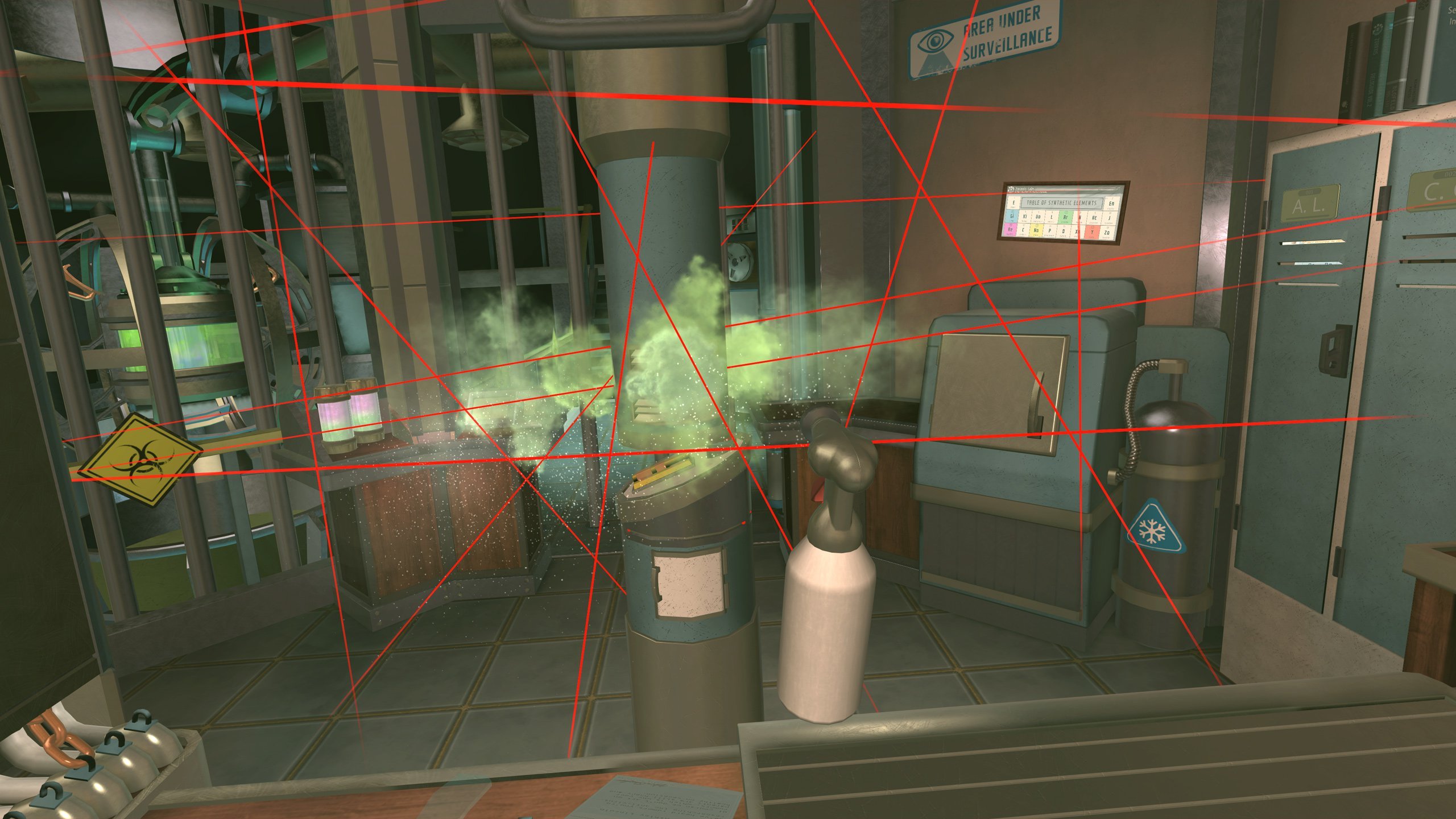 One part old-school adventure game, one part “escape the room puzzle,” I Expect You To Die is a delight, and wholly expects you to think out of the box. Like most VR games you won’t technically move anywhere as the scene takes place in a centralized location (like the driver’s seat of a car), but it absolutely does not feel like a tech demo.

No, Expect‘s strengths lie in its open-endedness, tasking you with various missions to rid the world of the evil scientist Zor as a nondescript secret agent. While I won’t spoil any real solutions, I had a lot of fun figuring out different ways to approach a problem while messing about with items to garner bonus achievements (like shaking up, popping, and pouring a bottle of champagne that’s stored in the seat compartment). Most missions provide you with a gun, which can be used in a multitude of ways like smashing objects, and of course, shooting — but none of it is required.

Oh and there’s a little detail I’m leaving out: agents have access to telekinesis. It’s a two-fold mechanic, because it not only further opens up puzzles to even more esoteric solutions, but it also provides a degree of comic relief to missions, mostly delivered through your boss, who narrates the action and provides vague hints as to what to do next (which are often completely unhelpful for comedic effect).

While Expect technically allows you to use a mouse, controller, or Oculus Rift Touch device, I highly recommend the latter as it adds a whole new layer to the proceedings. It’s the perfect gateway for touch controls in VR, as the entire scheme is intuitive (pressing down on a trigger with your left or right hand will grab an item with that hand) and the hand tracking is incredibly responsive. Picking up a note, holding it in front of my face, and reading it was pretty surreal, as was the concept of re-arranging objects in a room and placing them in locations of my choosing.

Within 10 minutes of being jacked in I tried to rest my arms on the imaginary table at the HQ in the game’s hub world. It was a weird but welcome feeling, and a new era for the Oculus Rift in general as it starts to push into “room scale” VR. And while the tone isn’t always laugh-out-loud funny, it’s endearing, and has a self-aware sense of dry British wit to the script. It feels a lot like Jazzpunk, and there’s plenty of spy film references to dig through.

There’s one big thing that I’m kind of mixed on, and that’s the requirement of having players restart an entire mission over again if they make one mistake. It’s not like they’re painstakingly lengthy or anything (you can reasonably complete all of them in under five minutes if you know exactly what to do), but having to start over again because of a cheap death doesn’t feel great. Cheap tricks like that don’t happen all that often at all, as most death parameters are heavily hinted at and the game strongly suggests that you don’t stupidly wave everything around in a frantic attempt to brute-force puzzles, but it happens.

Depending on how skilled you are with puzzle solving (and how good you are with your hands if you’re using the Touch), I Expect You To Die could last you several hours or a few days. But what I can really get down with is that even after I had finished the handful of scenarios, I anxiously wanted to see how others would approach the same concepts, and tried out a few new tactics of my own. I don’t think I would have been nearly as drawn in without the Touch at my disposal, but I sincerely hope Schell Games keeps working in the VR space, because I want to see a sequel.