Hatsune Miku, otherwise known as “Dave’s Bane,” is back on the Nintendo Switch.

Her latest outing, Hatsune Miku: Project DIVA Mega Mix, isn’t all that different from her previous ones; but it’ll do just fine. 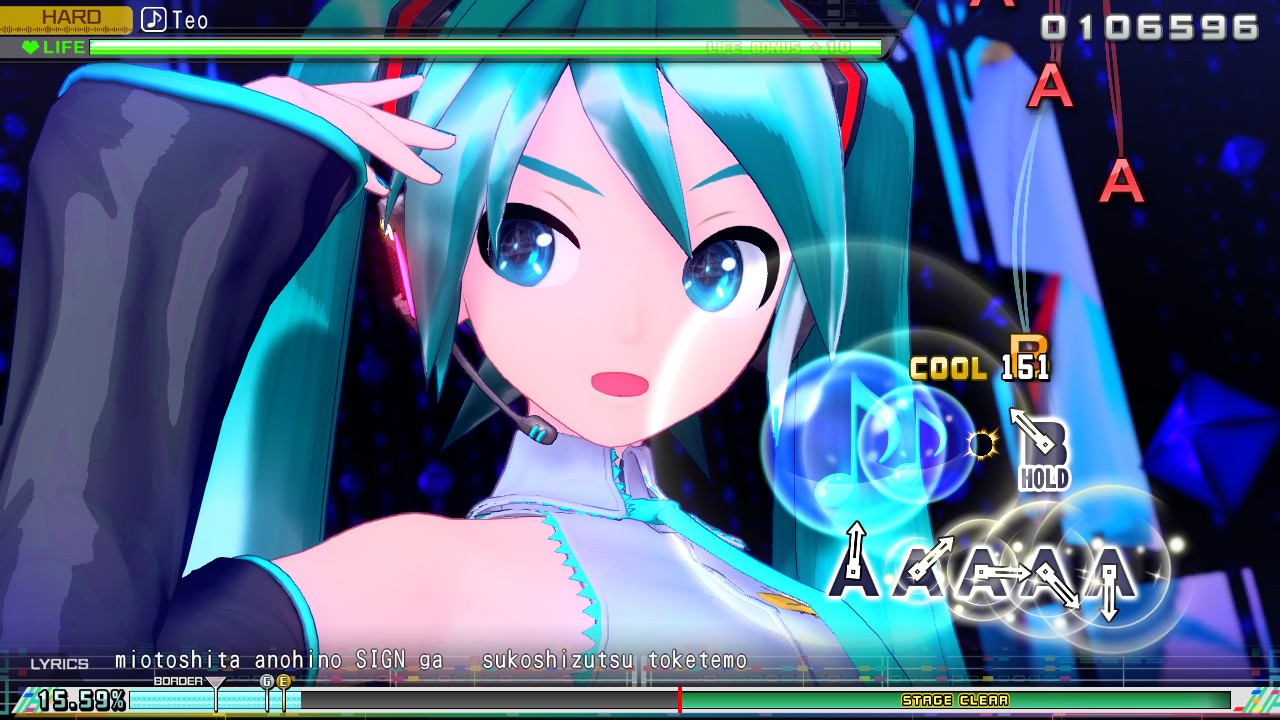 There really aren’t very many tricks this time around.

This is Miku on Switch, with some new songs (this one comes with over 100, with 10 new tracks), motion control support and more ways to customize the rhythm heroine. It’s easy to tell this is generally for more hardcore Miku fans, as there’s a whole menu option for dressing up the titular character and her entourage. The main mode is “Rhythm Game,” which offers song-by-song arcade play and a motion control remix gametype.

If you’ve never played this Sega franchise before, it’s easy to dive right in so long as you’re a fan of the type of poppy vocaloid stylings Miku offers. Notes float across the screen that mirror the buttons on your Switch. When a note starts to hit a target area (to the rhythm), you have to hit a face button or a cardinal direction. You also have to account for multi-notes and holds. If you don’t know the Switch’s face buttons by heart already, you’ll learn them!

The main draw of Miku games is the simplicity behind it all, that a lot of rhythm fans have craved since Elite Beat Agents, and the pure pep that Miku’s step offers. You can listen to a Miku soundtrack for 15 seconds and tell whether or not it’s your bag. It’s sort of a mix between pop, electronica and “anime music.” I can see some of you running for the hills!

As every anime fan knows, that includes a hell of a lot of subgenres, and many Miku songs approach jazz (On the Rocks), metal (Tengaku), happy hardcore (Ooedo Julianight), ballad (Snowman) and even R&B (Gemini) lines. The vocaloid structure unites the vast setlist, but there’s plenty of nuances within and a large collective of great songs to mash buttons to (in a timely manner of course). Its simplicity is how it gets away with being so tough on the higher difficulties, throwing tons of notes your way in a seemingly scattered fashion.

If it’s too much to take in at once, you can opt for the motion (mix) mode, pictured below. It takes an Arkanoid/brick-breaker approach, with the left and right Joy-Con controlling tiny little light bars on the bottom of the screen. All you need to do is use motion to line them up and press ZL/ZR (or hold) when a note comes up. Contrasted to busier arcade play, there’s only three difficulties to master instead of five, and things are more relaxed. It ultimately overstays its welcome quicker, but serves as a decent introduction to players who enjoy the vocaloid vibe but want a more chill way to interact with it. 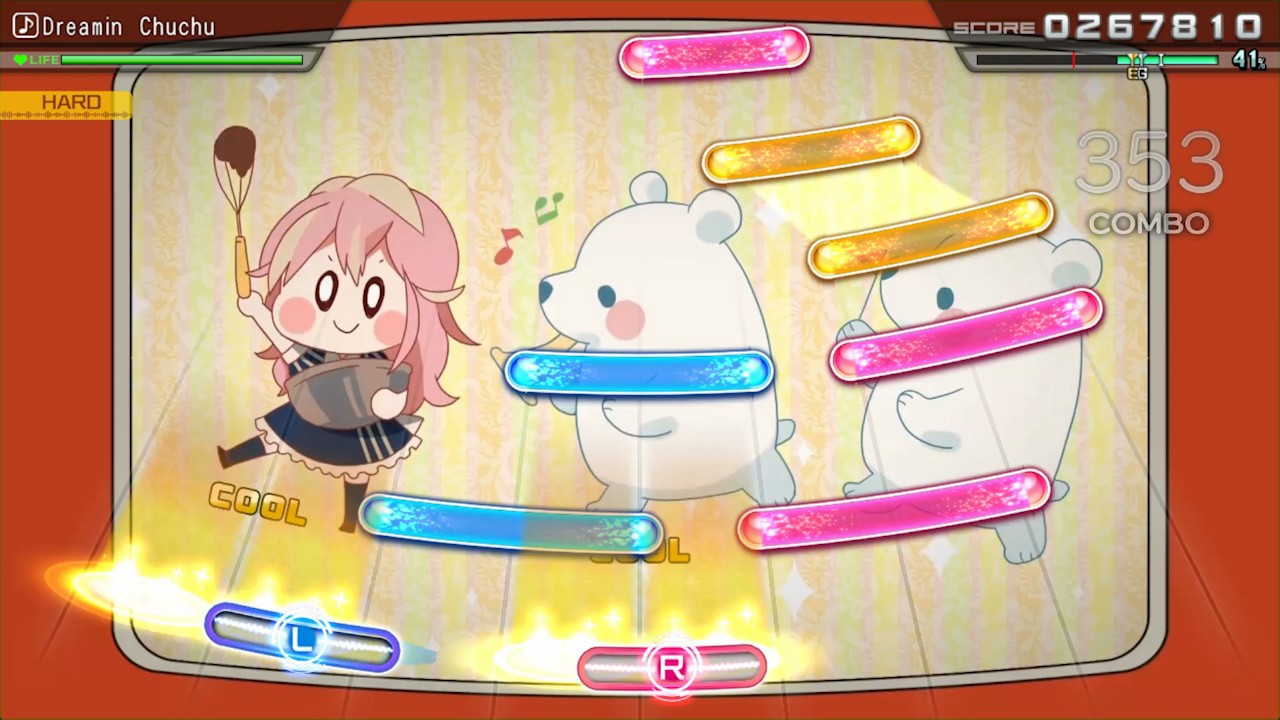 That’s really all there is to Project DIVA Mega Mix. You can sift through all the songs and play them at least once, replay them on easy/normal/hard/extreme/extra extreme, then dress up Miku’s squad. Difficulty rankings (per “setting”) are clearly marked by a number value, so there won’t be any confusion as to what you can handle. Beyond personal score attack goals and mastering said challenges, most of the unlocks are cosmetic. More songs are on the way as DLC, of course. With this edition, you’re essentially sacrificing some content for portability.

Hatsune Miku: Project DIVA Mega Mix isn’t as fully featured as some previous games (Future Tone on PS4 had over 200 songs a few years back), but the DNA is still decidedly Miku. Most of the tracklist is widely available on YouTube: skim through some songs and if you dig it and have a Switch, you’ll probably get plenty of playtime out of Project DIVA Mega Mix.