Hatsune Miku is an international sensation. Despite the fact that she’s a simple digital creation, she’s managed to rack up a massive amount of record sales and sold-out concerts, including a tour with Lady Gaga and even an appearance on Letterman.

It’s impossible to ignore her cultural significance now as she only skyrockets in popularity, and with Sega publishing the sequel to last year’s Hatsune Miku: Project DIVA F, now’s a better time than ever to get acquainted with the diminutive diva. Hatsune Miku: Project DIVA F 2nd is your ticket to J-Pop heaven, overflowing with content and a real challenge for anyone who decides to take the plunge. 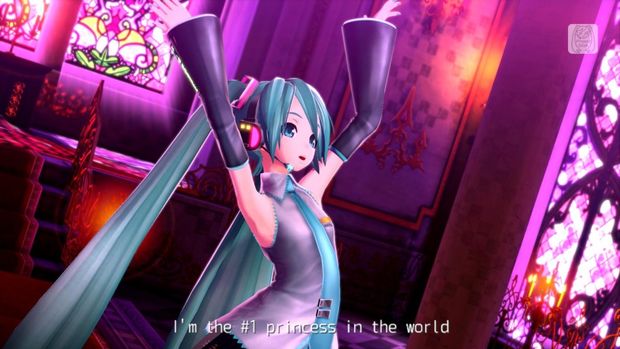 The Rhythm Game mode is the main attraction, offering over 40 different songs featuring Hatsune Miku, Len and Rin Kagamine, Luka Megurine, and other Vocaloids. They’re a chorus of different voices brought to life via the popular singing voice synthesis software, and each has its own unique timbre and quirks.

There’s a healthy mix of songs presented in this collection, with many returning from previous entries in the Project DIVA series, some with brand new accompanying music videos, and brand new tracks exclusive to Project DIVA F 2nd. For instance, songs like “Melt” and “The World is Mine” were originally seen in the original Project DIVA title released for the PlayStation Portable back in 2009. Songs like “Pinky Promise” and “Doubleganger” are new to the series, giving even veterans plenty of reasons to return.

Players will find several genres and song types to explore as well, from sugary sweet pop to sweeping techno tracks that should please any Vocaloid fan. But, as many Vocaloid faithful can attest to, Miku’s voice is a bit of an acquired taste. She’ll either grate on your nerves or open up an entirely new world of aural delights to you, and that will make or break your enjoyment of Project DIVA F 2nd.

Of course, the music is only half the fun, so even if you aren’t as enamored with the tracks as you could be, there’s still the excellent framework of the rhythm game left to win you over, which is a unique tonal shift from other similar games on the market. Sure, you’re still tasked with pressing buttons on your controller that correspond to the symbols on-screen, but they don’t simply appear in a neat and orderly fashion. They pop up in random places about the screen as notes fly in from off-screen as well. Not only do you need to concern yourself with keeping up with the rhythm, but as the accompanying video behind the notes and Miku’s dancing plays on, you’ve got to stay focused to succeed. 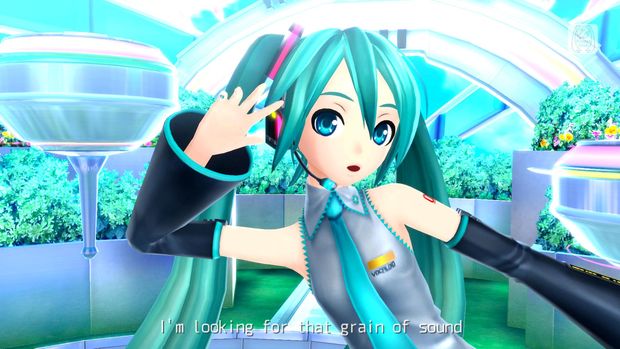 Some icons require you to simply press face buttons, while others necessitate both a face button and the directional arrow that corresponds to the face button. For instance, with the triangle button you’d also need to press up on the D-pad to hit the note. Others still require flicks of the analog stick, with special notes prompting flicks of both analog sticks on the PS3 controller at once.

It can be a lot to take in at once if you’re unfamiliar with rhythm games, and even if you’re a hardcore devotee to the genre like myself, you might find that the game can be quite punishing at times, even on “Normal” difficulty, which I would caution new players against starting at. Once you work your way up to “Extreme,” there’s a true feeling of accomplishment in being able to look back on how far you’ve come, because this game can and will push you. You’ve got to hit a whopping 80% of the notes in order to clear a track successfully, so you’ve got to play as though every note matters, because if you want to see everything the game has to offer, it does. 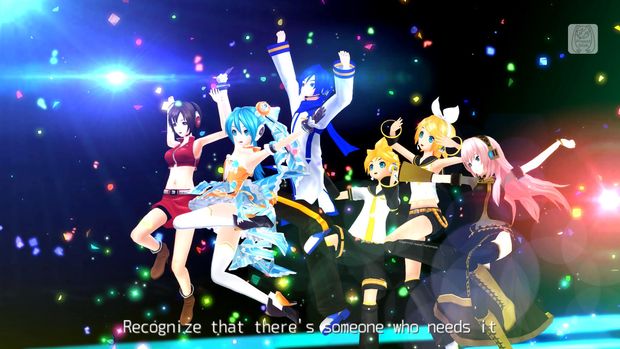 That’s what makes Project DIVA F 2nd such a robust and inspiring rhythm game. Beyond the glitter and the sugary sweet characters, there’s a depth to it that’s sorely missing in most music-oriented titles these days. It’s exciting to open up new tracks and earn new accessories for a job well done. There’s a constant deluge of unlockables to hoard, like new outfits and accessories to dress Miku and company just as you see fit.

If the Rhythm Game mode doesn’t keep your attention long enough, you can always head over to Edit Mode to create and edit your own custom music videos using the Vocaloid tunes and an expansive set of tools to create your very own productions. If you’re not feeling particularly creative, you can keep up with your Diva Room, which allows you to customize your stable of digital pop stars, whether you change their outfits, the room furnishings, or accessories. You can purchase additional items for the room, but you can also interact with the Vocaloid team there as well.

But as previously stated, it’s all about the music. You’ll quickly find yourself losing hours at a time running through the tracklist, bettering yourself and obtaining new collectible items. It’s even worth the slightly longer load times to take in a menagerie of colorful (and sometimes bizarre) fan art of Miku and the gang. There’s also more content to come, with Sega making the very same DLC tracks released for the Japanese version available to Western buyers as well. 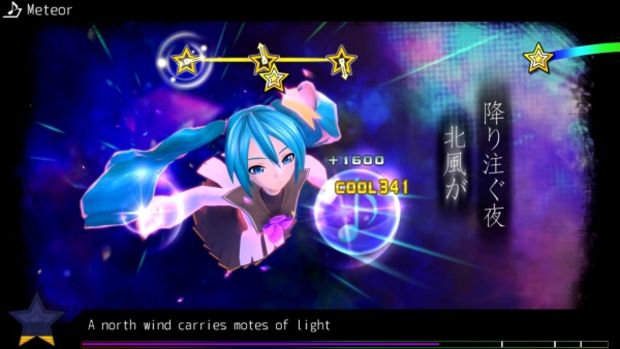 Hatsune Miku: Project DIVA F 2nd is a full-featured, intuitive, and challenging pop star simulator dressed up as a rhythm game. Whether you love Miku and the rest of the virtual virtuosos there’s something to enjoy here, even if it’s just to prove that you know your way around a rhythm game. It’s a worthy follow-up to last year’s release and with translated English subtitles for each song, planned DLC, and a delightful mix of music, it’s a surefire hit. Just don’t get too disappointed when you remember Miku isn’t actually a real person.