One was fine but toucan be a problem

Everybirdie who’s anybirdie has found some kind of joy in Hatoful Boyfriend — the strange yet alluring romantic bird simulator that stole the hearts of gamers and avians around the world.

We’re graced this holiday season with the follow-up remade sequel to Hatoful Boyfriend, aptly named Holiday Star. Players can now experience the same loveable characters from the first game, with a few new interesting characters added to the mix in a festive holiday setting. 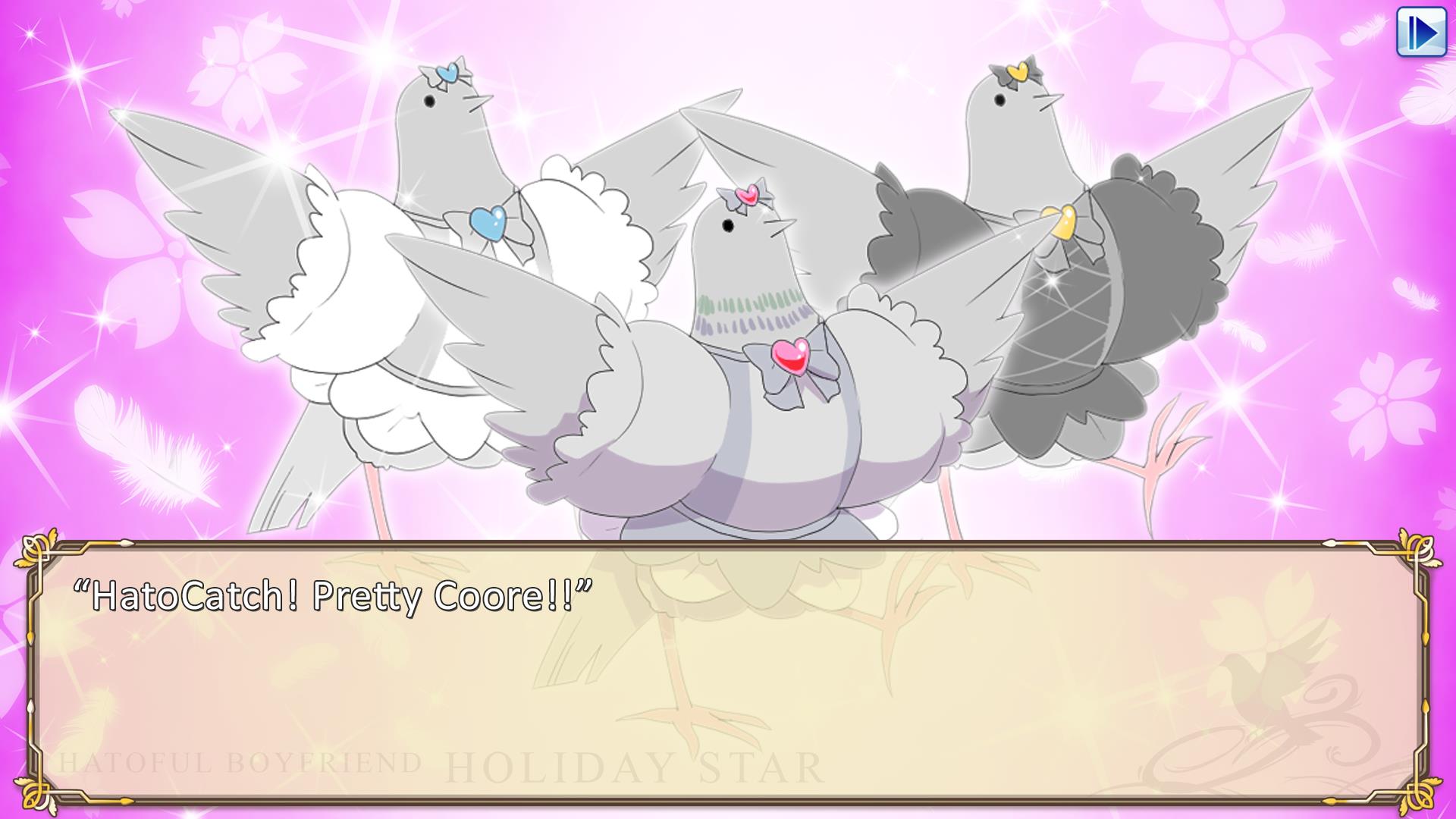 Like the first game, players roleplay as a female human in a world full of talking birds. However, unlike the original Hatoful Boyfriend, Holiday Star mostly takes place outside of the school walls — at mansions, convention centers, and even all the way to far-away dream planets with mountains made of pudding. Rather than focusing on romance, the plots revolve around mysteries and other oddities.

Holiday Star contains four connected episodes, all of course extremely inane and silly as you’d expect from the series. In the first of the four, Christmas trees are mysteriously disappearing and it’s up to you and the rest of the town to figure out what’s happening. The second episode follows a mysterious bird who has a penchant for talking cryptically, and the last two end on a trippy dream to the Holiday Star itself, lead by an unhinged king and his dream citizens. 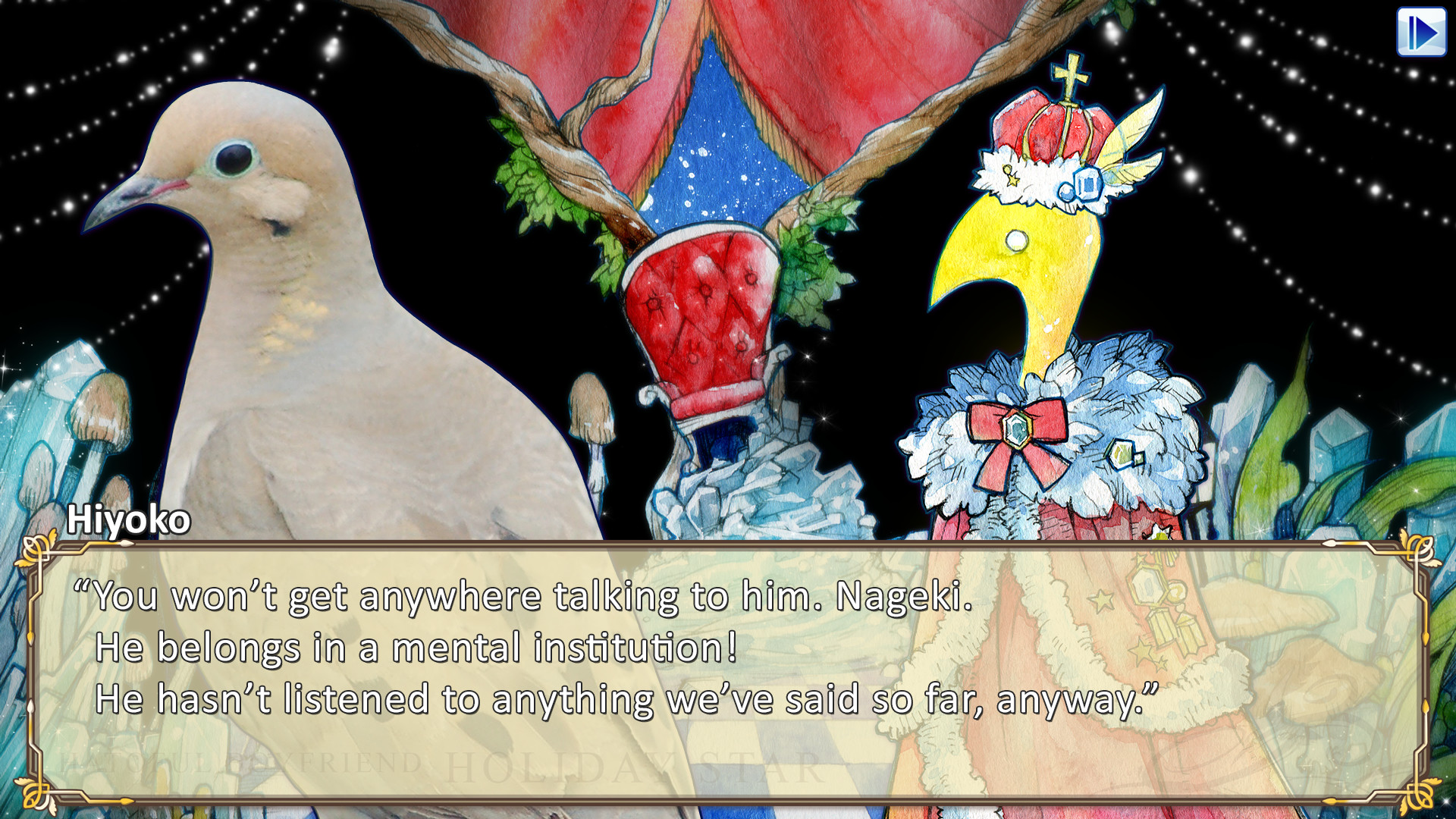 Unfortunately, if you’re looking for the dating sim that was part of the original Hatoful Boyfriend, you may be disappointed. Holiday Star treads far away from the romantic bird roots to focus more on themes of danger, mystery, and the absurd — probably focusing on the later even more so than the first game. Most of the storylines have delightfully twisted, nonsensical plots which fans of the series will appreciate. The game also borrows themes from Phoenix Wright with an occasional “OBJECTION” or “HOLD IT” here and there.

Sadly, the delightfully absurd nature of the game is overshadowed by the fact that Holiday Star isn’t really a game at all. There are very few choices ever presented, making it a true visual novel more than anything else. For most of the chapters, it takes a good 15-20 minutes going through the dialogue until a decision point appears — and even then the choices are a simple “do this or that” or “go here or go there” with usually two options presented. 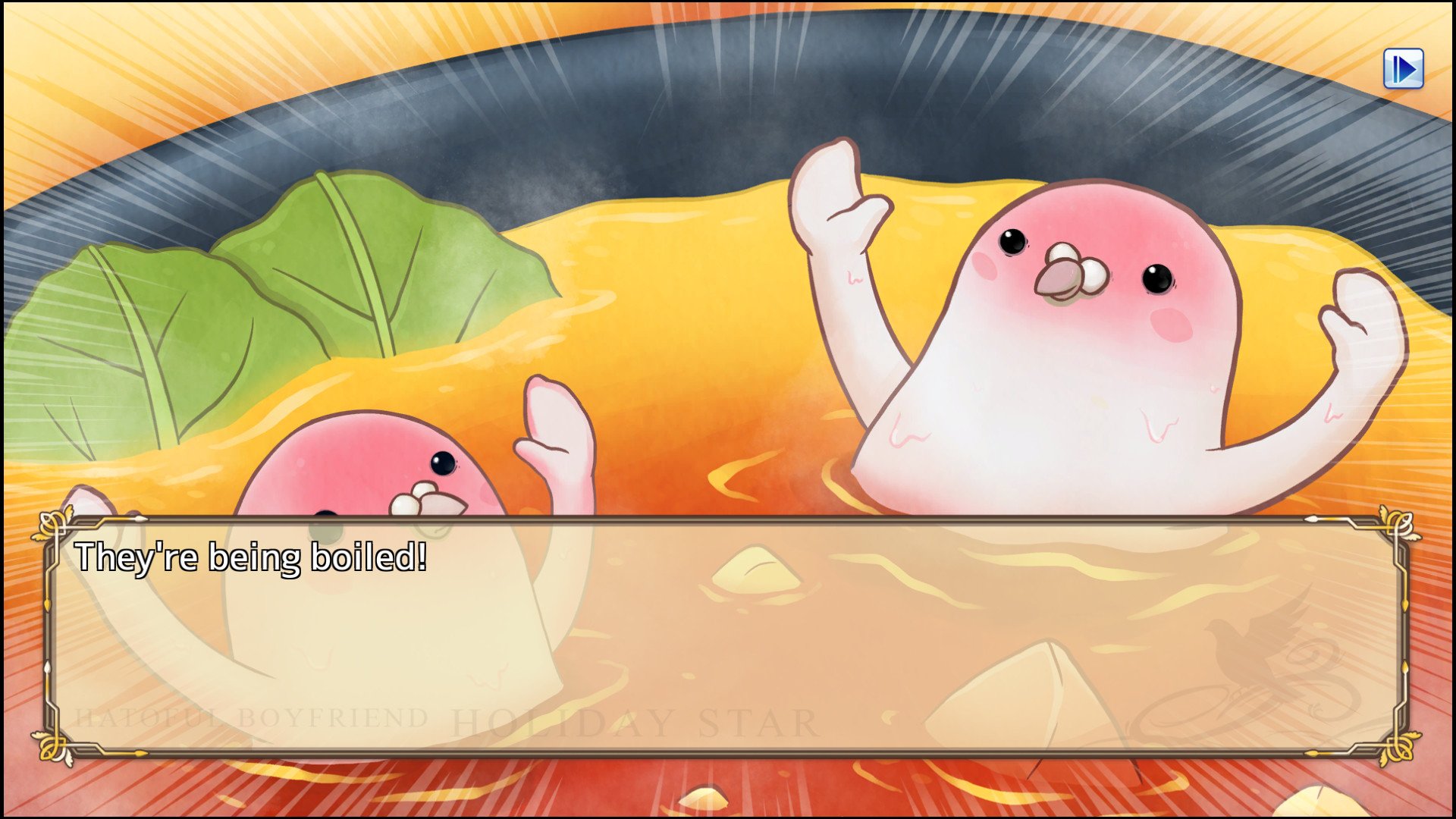 What’s more frustrating is that when story choices do appear, often there is only one right answer. This means that if an option is chosen incorrectly, it’s an instant game over — and because there’s an insane amount of dialogue, it’s unlikely that you would have a backup save in the right place. Decisions don’t pop up until a good ¾ of the way into some of the chapters, so it becomes extremely birdensome to progress unless you save often.

The run-on dialogue is made even more painful by the lack of music or background noise. There are only a few holiday songs that pop up from time to time, but for the most part the dialogue runs on for so long that the music loops, making the game seem even more hollow. 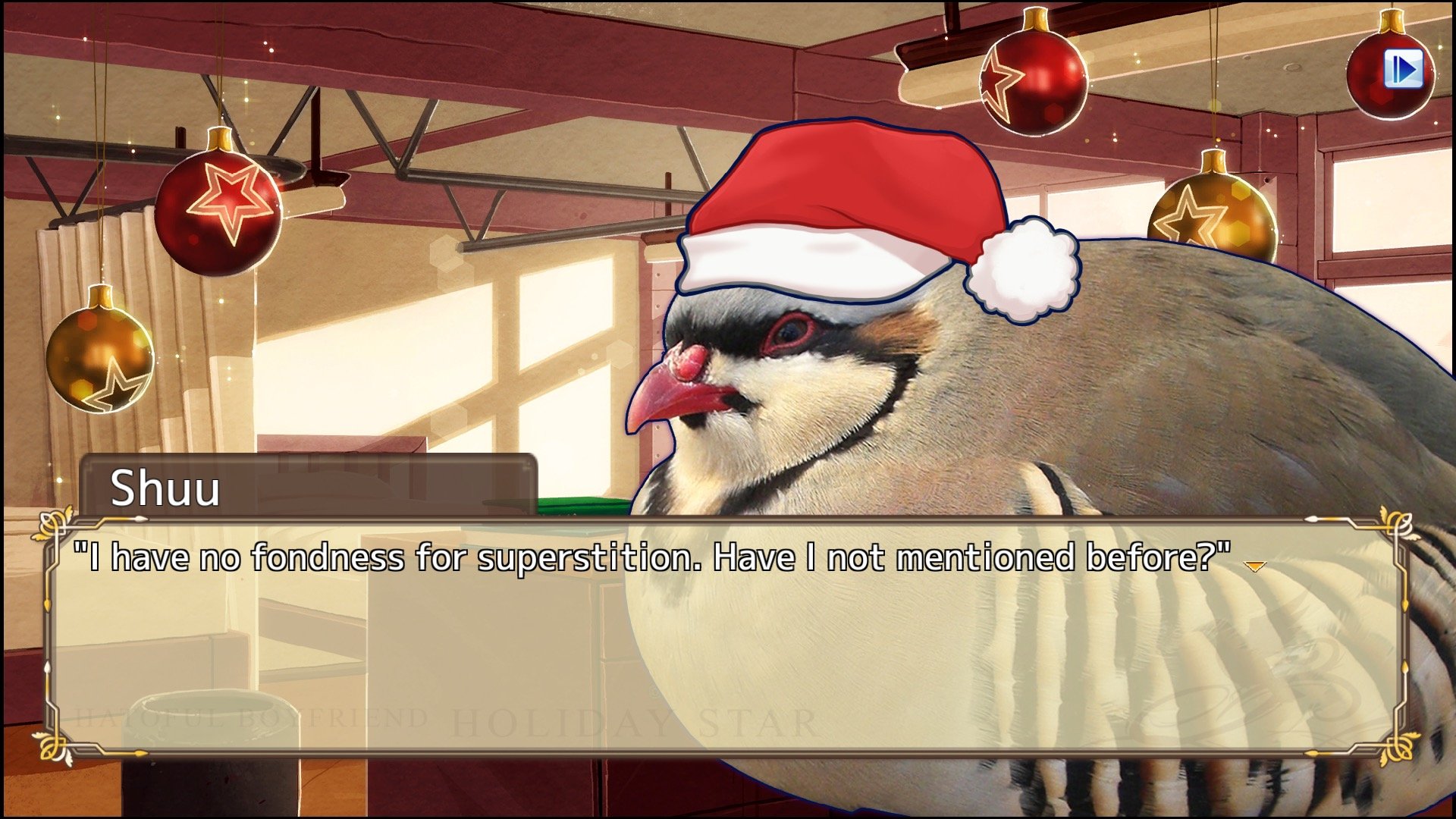 It’s sad to say, but I can only recommend Hatoful Boyfriend: Holiday Star if you’re either a) extremely bird to death over the holidays, B) extremely drunk over the holidays, or ideally, c) extremely both. Fans of the original game may enjoy seeing the same birds in new situations, but the lack of any choice or gameplay (even compared to the first) is just downright owlful. Those looking for an actual game may want to sparrow themselves the pain.