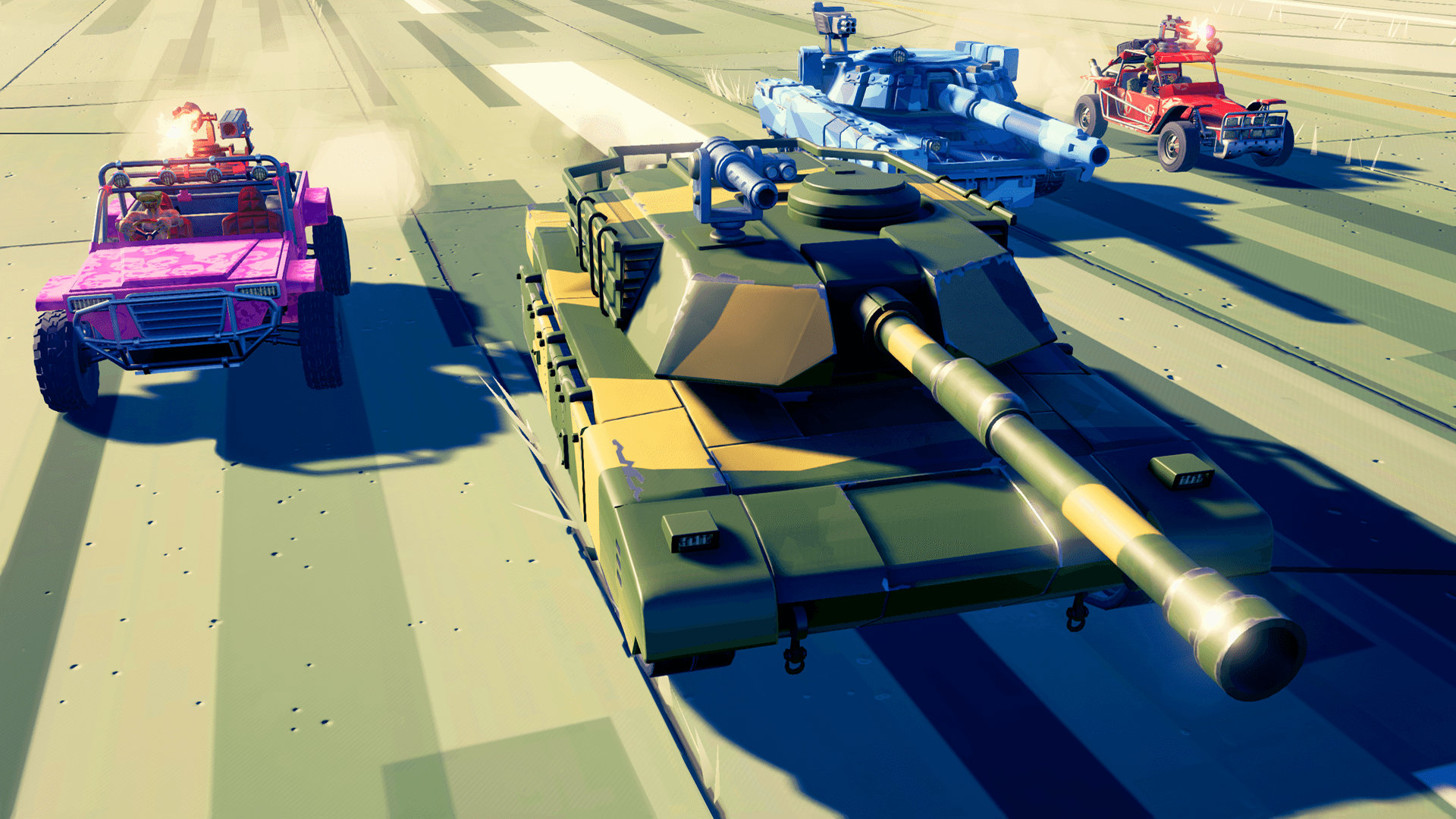 Back to the toolbox

Car combat is one of those genres that just doesn’t get no respect these days. Even 2012’s Twisted Metal couldn’t revitalize the franchise, and for some time, the genre has been on life support mostly by way of indie developers.

So when I heard about Hardware: Rivals, I had to jump in and see what the fuss was about. Unfortunately, I doubt this one will usher in a new era of glory. 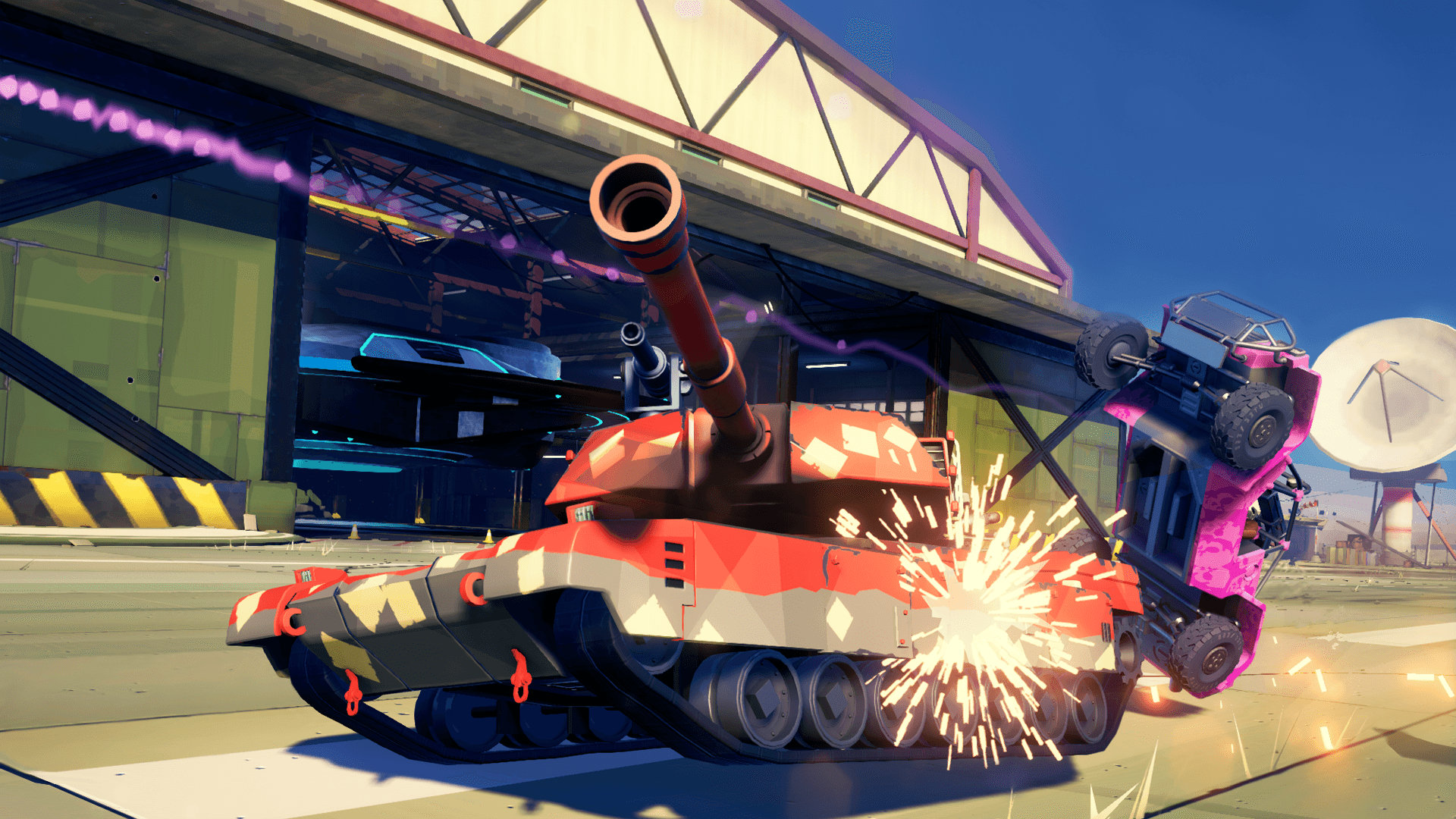 Rivals boils down to jeeps vs. tanks, with only a scant four vehicles (two in each category) to choose from at the start. The former sports a Twisted Metal-like machine gun and the latter carries a turret into battle, and your typical host of subweapons can be picked up across the battlefield. I’m talking long range plasma scatter shots, a short-range laser beam, and surface-to-air missiles with lock-on capabilities. All of them are coupled with bright animations and satisfying sound effects, which give them quite a bit of impact when playing.

The controls are very easy to pick up, basically consisting of acceleration (R2 or X, which is convenient) and braking procedures, along with dedicated buttons for primary and subweapons. Jeeps in particular are much easier to acclimate to, since they have relatively loose controls, great acceleration, and a spread-based gun. Tanks on the other hand take some getting to used to, as they’re predictably clunky, and the turret itself can be rather slow-moving as you seek out enemies. Since most of the damage is done by subweapons anyway, tanks feel a bit clipped in that regard, but I’ve seen success from both play styles.

Speaking of the subweapon system, despite the fact that they all have their own distinct look and feel, acquisition is a bit off and poorly paced. For starters, you can only stack subweapons, and by picking up a new type, you’ll replace your previous one. It’s jarring to say the least, since the vast majority of car combat games allow you to cache an entire arsenal to use at your disposal. Team games with lots of players on-screen can be sluggish as a result, because if everyone is picking up all the subs you’re stuck with your primary. This is exacerbated by the fact that drivers don’t have unique weapons to set them apart from the crowd.

There’s also the problem of supers, which drastically alter the battle in favor of whoever attains the coveted power-up. While one stage has a cool gimmick that forces players underground to avoid a missile strike, another features a cheap “frozen” mechanic that places ice on the ground and punishes them unless they find some way to get some air. The latter feels very unbalanced in every game I’ve experienced, because the slow effect happens almost instantaneously, and it’s tough to get to safety. Levels are layered and built around these concepts, which is nice, and despite the fact that there are only four arenas at present, all of them are suitably fun to roll around in.

I suspected this would be a free-to-play heavy game with microtransactions but that isn’t the case (it’s a $19.99 release that’s merely free on PlayStation Plus this month). The perk and upgrade system (featuring “Salvage” as currency) is rather fair and inoffensive at the very worst. Players will earn a decent amount of Salvage after every match, win or loss, which is enough to alter the state of their car or driver. It’s a carrot on a stick to encourage leveling up and grinding, but again, it’s par for the course for modern shooters and doesn’t detract from Rivals as a whole as much as the aforementioned issues do.

Most of the fun (if not all of it) will be derived from online play, because there aren’t really any single player modes outside of the tutorial. In fact the whole shebang is basically online, as there’s no split-screen or local play, and no support for bots. The four included modes basically all boil down to “deathmatch” with team variants (outside of one domination mode). There is support for private matches and events are on the way, with the first one debuting later this week. During my time with Rivals games were relatively lag free, though I did notice some connection issues at launch that prevented me from playing for roughly half an hour. 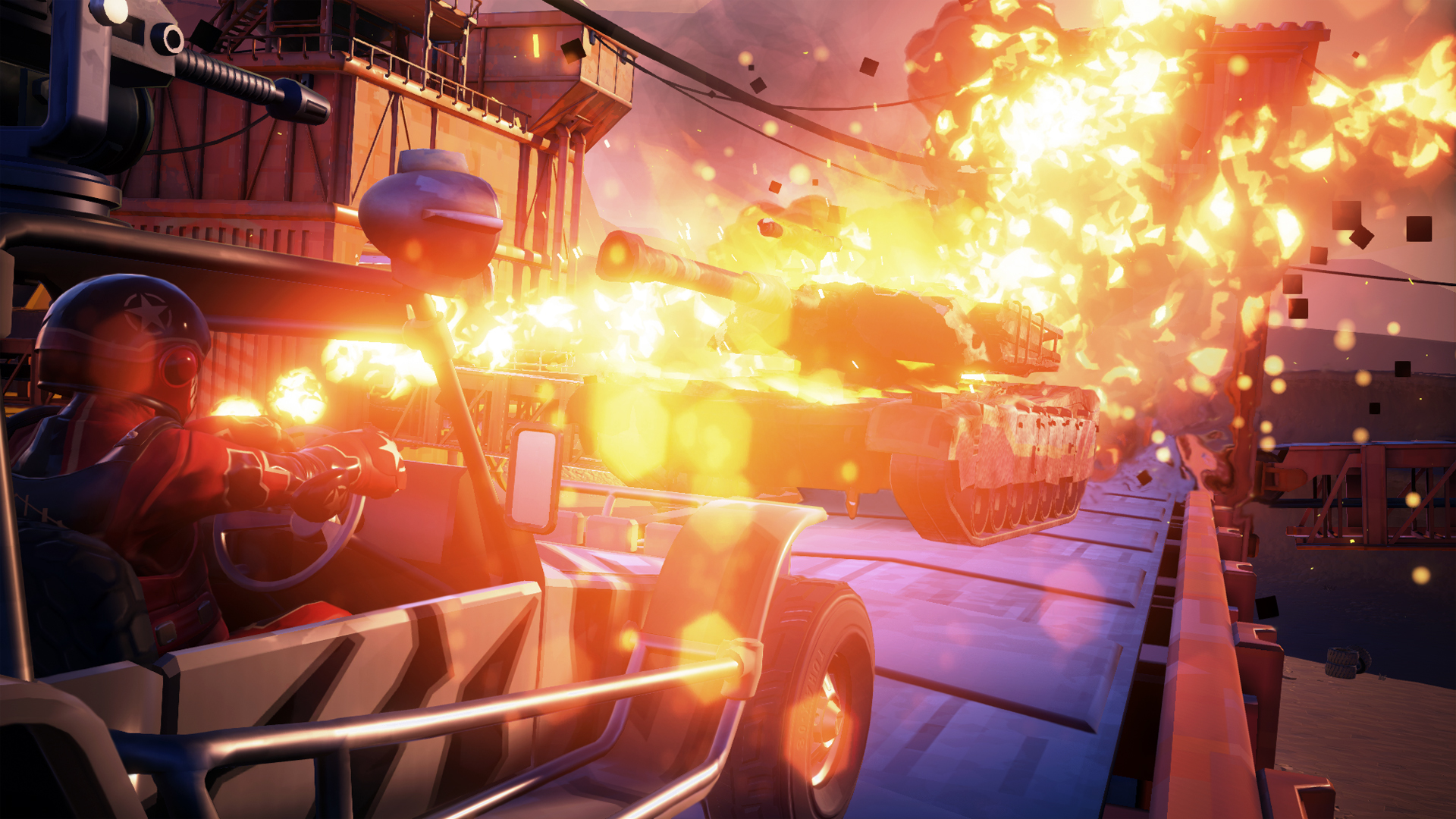 There are 30 challenges available, which include looking at levels from a different perspective (like racing), but it’s not a separate mode — they’re more like achievements for existing matches. It’s baffling, as these simplistic alterations of existing arenas would have been a great way to break up the fatigue of online play.

Hardware: Rivals has a good core concept and engine, but it needs some work around the edges. A lot of little things added up for me the more I played it in an increasingly annoying fashion, most of which can be fixed with proper updates.

[This review is based on a retail build of the game acquired for free by way of PlayStation Plus.]