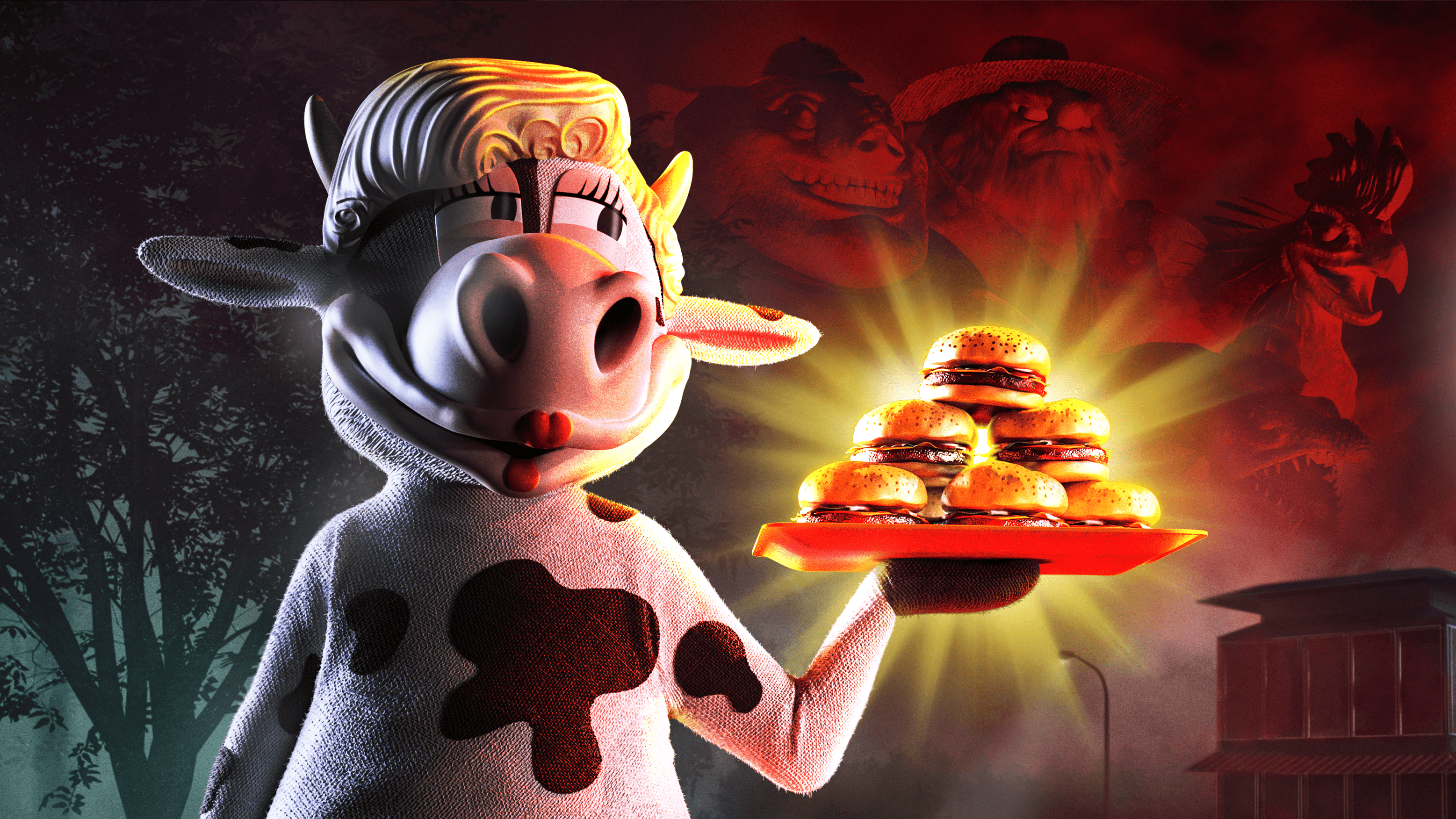 We’re perhaps living in the best time for horror games. The PlayStation 1 set the standard, and then publishers started pushing for more accessibility and we wound up with games like Resident Evil 5, which I didn’t even find scary back in my days of being frightened by everything.

Now, we have a lot of experimentation going on. We have people like Puppet Combo and Chilla’s Art putting out short experiences that are actually interesting and scary. Anyone can create a gross monster and have it pop out of a closet — it takes more skill to build a mystery around it.

Happy’s Humble Burger Farm sold me on its premise in a too-good-to-be-true kind of way. Combining the fast-food profession and horror could be the greatest concept I’ve ever heard of, but execution is key. Happy’s Humble Burger Farm makes very little secret of the fact that things are very wrong from the start. The fact that you’re in some kind of simulation is a poorly kept secret, but the core takeaway is that you can’t really do much about it. You have a job to do, and you have no choice but to do it. You get up, go to work, serve food, then return home. A rather common reality!

However, something even darker than immoral corporations lurk within the simulation. Strangely twisted things walk around, but ignore them and get back to work.

It’s an interesting framework to a mystery and is an effective satire of corporate dominance. It takes things to its ridiculous extreme where workers are only worth as much as their efficiency, and customers are faceless drones. The corporations influence reality. If they say something is new and exciting, you’d better get lined up. Never mind the human cost, the planned obsolescence, the environmental impact, the shady practices hidden behind the curtain. Your life is worthless, and can only be enriched by the world’s richest. And if you don’t play your part, you’re an inconvenience.

It’s to that end that I found Happy’s Humble Burger Farm to be more humorous than scary. The world presented to you is preposterous, as flimsy as the simulation around you. You can explore New Elysium City in your off-time (which is as much time as you want, there’s no day/night cycle). You can discover its weird Truman Show-esque props and see right through its pretense.

It’s all set around a Mickey Mouse type of cartoon that started in the golden age of animation and then spun off in all directions. Happy the Humble Heifer and friends aren’t just the mascots of your workplace, they also have their own dark history and ties to your fabricated prison. A lot of this backstory is found in the supplementary information.

Radio shows, television shows, and conspiracy-laden flyers found around town all explain what’s going on. Your primary goal, however, is to escape the simulation, and you don’t need all that subtext to do it. What’s there enriches the experience, because it is a bizarre and nightmarish tale that Scythe Dev Team has chosen to tell, and a lot of work has been put in to make it equal parts confusing and engrossing. 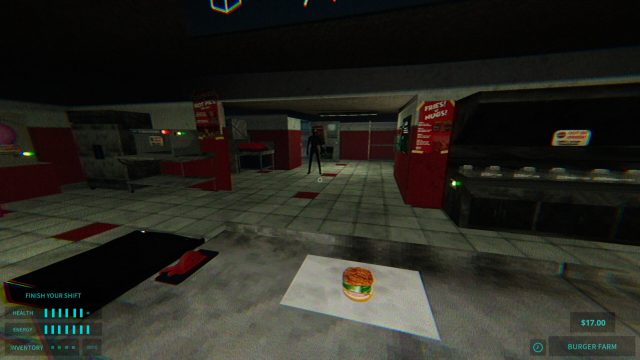 I was initially disappointed that the actual job portion of the game doesn’t remain front and center. Largely, going to work does two things: it advances the events of the world and it gives you money. As mentioned, there’s no day/night cycle, so you can finish work and push the game’s narrative as far as it will let you before you need to go to work again and advance things further.

While it’s unfortunate that the fast-food aspect is only used as a storytelling (and combat) mechanic, there’s no denying it works. Every horrific encounter you find yourself in is largely solved by preparing food, sometimes under great duress. I can’t believe I’m writing that about any horror game, it’s genius. You cook the patty, build the sandwich, all while the world is trying to kill you. I’ll take it over smacking zombies with a pipe any day of the workweek.

Happy’s Humble Burger Farm, as a result, isn’t a long game unless you take your time. Four to six hours, maybe. It’s not going to make you repeat the daily grind ad absurdum. It lets you get acquainted with the skills you need before moving on. It’s always surprising. By the time I thought I saw everything, it threw in another twist while never becoming confusing. 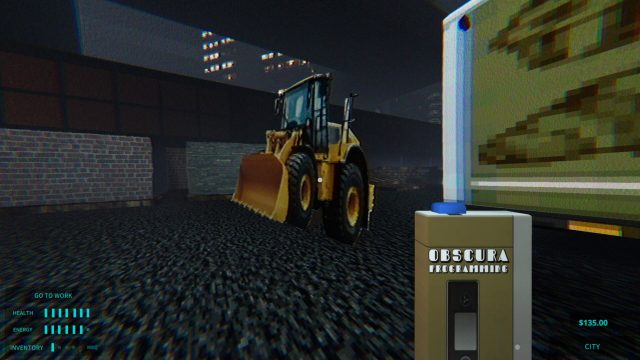 If you really want to serve customers in a spooky greasy spoon, however, finishing the game unlocks an endless mode. This just drops you at a corporate restaurant and has you command the fryers until you drop. Since the game proper doesn’t squeeze everything it can out of the gameplay, this is an appreciable feature. I just wish it went a bit further and added in some of the life simulator elements to make it feel more like a horrific grind.

You also probably won’t find much challenge in Happy’s Humble Burger Farm. Almost every mechanic in the game can be served with extra cheese. Making money isn’t difficult, stocking up on life-giving supplies isn’t hard, and foresight in some areas will allow you to prepare and make things very easy for you. Unless you really suck at serving orders, it’s not a game that’s going to make you sweat.

It’s not a very tight game, but it is made by a small team that is working on fixing the remaining bugs. I played through twice, the first time a month ago. A lot of the issues I ran into the first time through were already fixed during my last playthrough. It can still feel a bit rickety at times. 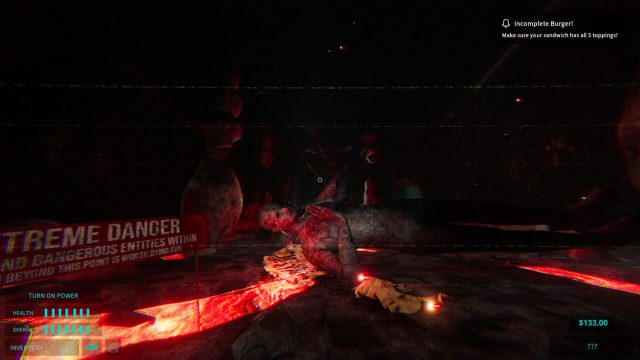 On the other hand, it did make me dream of a multiplayer experience where the players not only need to serve food but also help each other survive the night. Room to grow, I supposed, but I’ll be restless until that dream is a reality.

In my eyes, Happy’s Humble Burger Farm is a genius game. A horror game tied to the drudgeries of life isn’t a new concept. Even the idea of avoiding the wrath of cute mascots has been done before. However, Happy’s Humble Burger Farm does it with such dreamlike depth and panache that I can’t help but be impressed. I doubt this will be the last time I don the ugly apron and sling fattening food, and I just know there are more pieces of the mystery waiting to be scraped off the grill.