The original Half-Minute Hero was a very special and intriguing game. It boiled down an entire genre to its barest essentials, reducing the interminably long JRPG to just thirty seconds of gameplay.

Both a heartfelt tribute and pointed critique, the bite-sized adventure brimmed with self-referential humor. It trot out just about every trope in the book, firing on all cylinders with a lengthy series of inside jokes and clever witticisms. Smart, familiar, and charming; it appealed to both fans of the genre and detractors alike in a way that so few games do.

Humor often has diminishing returns though. Even the funniest quip can lose some of its luster the second time around. And in that regard, Half-Minute Hero: The Second Coming isn’t quite as remarkable as its predecessor. Luckily, the deconstructionist RPG has upped its game in other arenas. 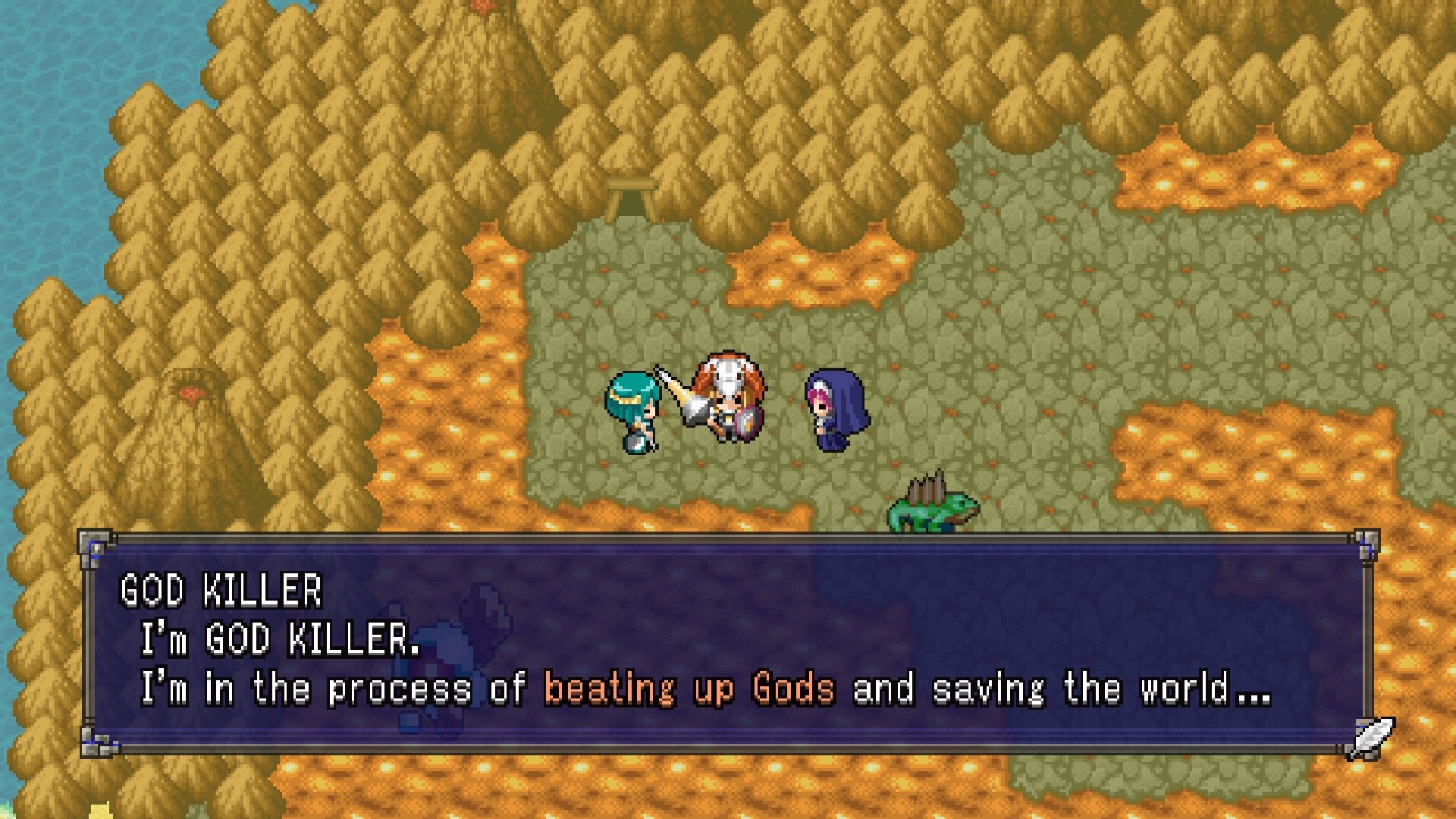 Half-Minute Hero veterans will be right at home in The Second Coming, as the follow-up hews closely to its predecessor’s Hero 30 mode for the duration of the journey. For the uninitiated, that means a condensed and streamlined JRPG experience wherein the player is tasked to save the world in 30 seconds. In that time you’ll fight monsters, level up, get new equipment, perform sidequests, and ultimately take out a boss.

This is all made possible by the Time Goddess, a deity to whom players will lavish with exorbitant amounts of cash to turn back the clock. So fear not, the game is actually longer than thirty seconds. In fact, it’s comprised of several dozen diminutive missions stretched across five campaigns that should keep players busy for twenty or more hours.

Unlike its forerunner, The Second Coming doesn’t dabble with shoot-’em-up, RTS, or tower defense elements. What it lacks in variety, though, is made up for with a lot of polish and incremental improvements. We’re left with a more focused experience, albeit one that’s still probably best enjoyed in short spurts, rather than any marathon sessions.

The new overworld really adds to the adventure. In contrast with the first game, players can now explore the landscape, grind, and acquire new equipment between missions without having to worry about a ticking clock. Combat has also been refined with powerful special attacks and a class system.

The Second Coming also lays on a thicker story. While the narrative is generally lighthearted, it runs the gamut of stereotypical yarns, and does delve into some pretty melodramatic territory. In doing so, these threads curiously undermine some of the satire. And the sheer volume of dialogue and exposition means much of the humor is lost along the way. Still, it had me laughing quite hard at times.

It’s a more well-rounded, full-bodied, and cohesive experience, but it’s also one that seems to embrace the genre’s conventions more so than poke fun at them. As such, it loses some of the edgy appeal that made the original so beloved. While I personally enjoyed the departure, I could easily see others being less enthusiastic about the more traditionalist proclivities. 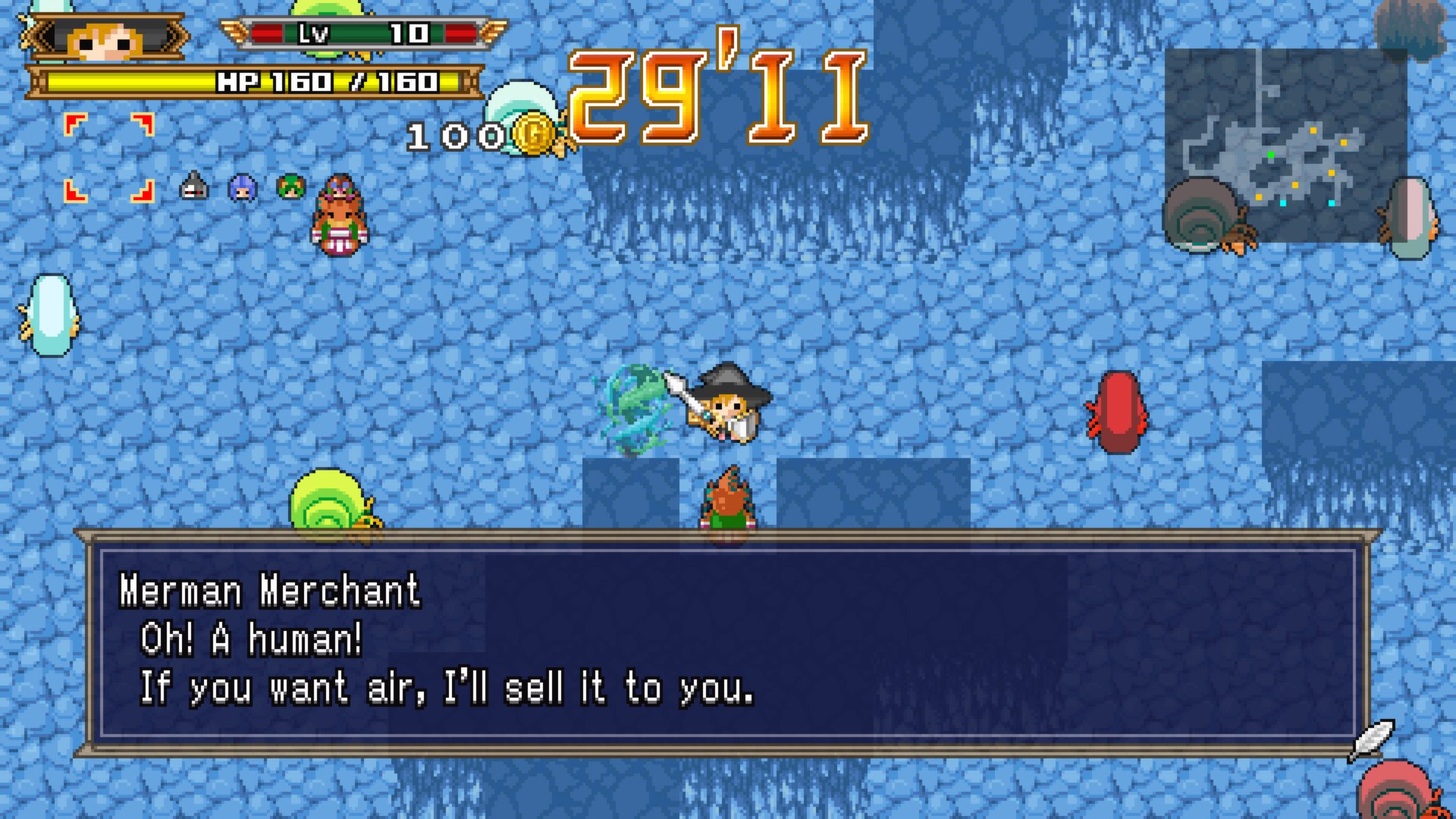 That said, the story mode occasionally gets fairly creative with its missions. Certain obstacles and objectives glean little flashes of brilliance amidst the more garden-variety levels. Little accents like a motorcycle race against your rival or having to buy air from mermen to replenish your timer in underwater levels really help mix things up.

It’s also really pretty. I can’t believe I just typed that. But seriously, the chunky pixelated visuals look amazing. They’re more vibrant and detailed than ever before. And the hideous hand-drawn art style seen in the original game’s XBLA and PC releases is nowhere to be found.

Beyond the campaign, The Second Coming features endless and time attack modes. There’s also a map creator, which allows players to design unique quests to play through, share via Steamworks, and compete in over multiplayer. The online functions seem to be well executed, but their true strength will depend on the fervor of the community. 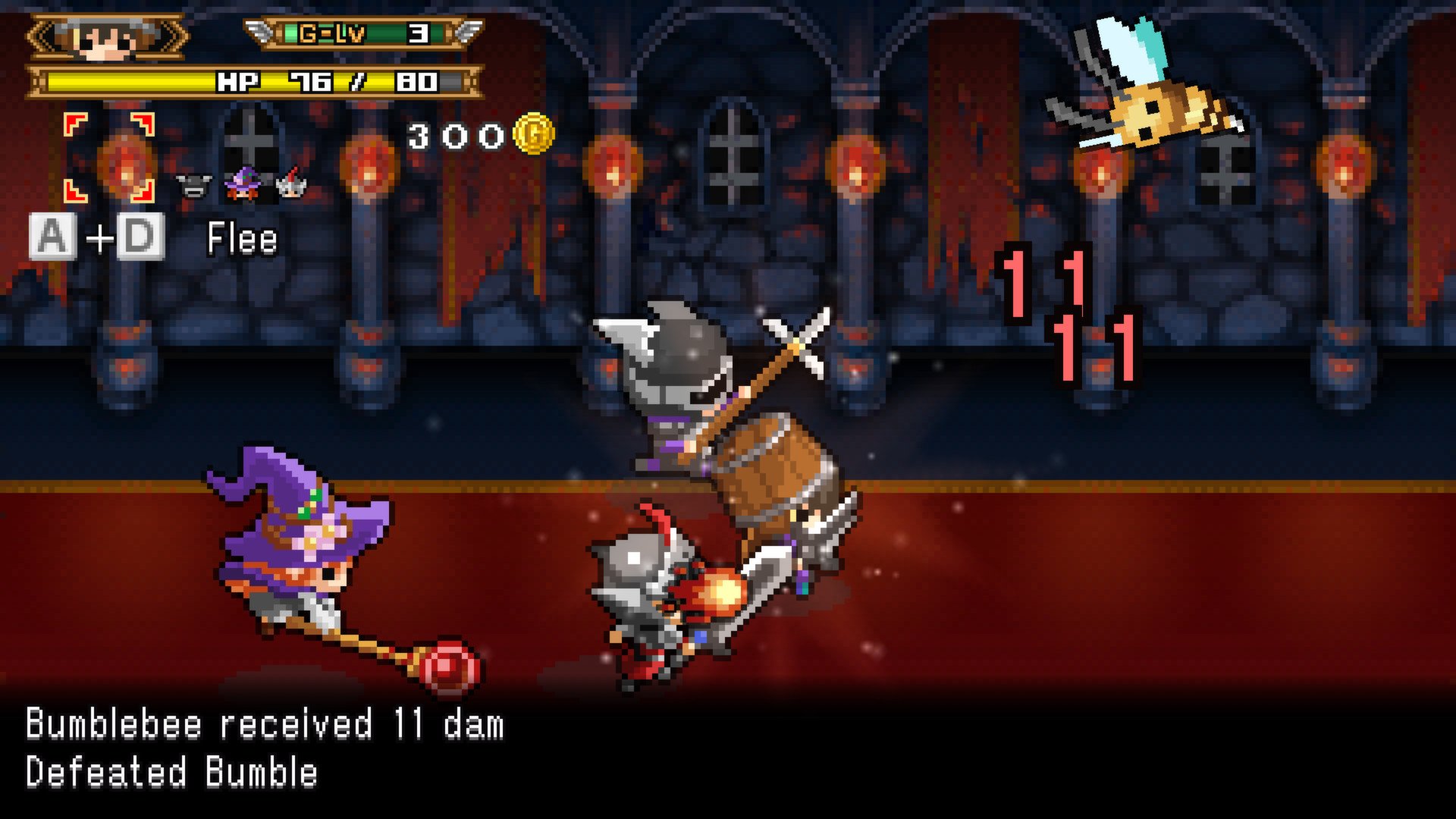 Half-Minute Hero: The Second Coming makes a number of improvements on an established formula. It’s endearing, provocative, and silly. But it lacks variety and never quite recaptures the magic of its predecessor. No longer a breath a fresh air, The Second Coming settles for being an enjoyable lark. And I’m perfectly okay with that.