For the most part I pick games that are either striking in some way or another or just flat-out goofy looking when I decide to write about them. For reviews, I get to be even more picky as the “good” games are gobbled up by tenured staff, leaving smaller titles or weird little indies in need of a fair shot at life.

I grabbed the bottle on this game because, honestly, I thought it would make for a snarky review of a kind of dumb game. I’m glad I gave it a chance. 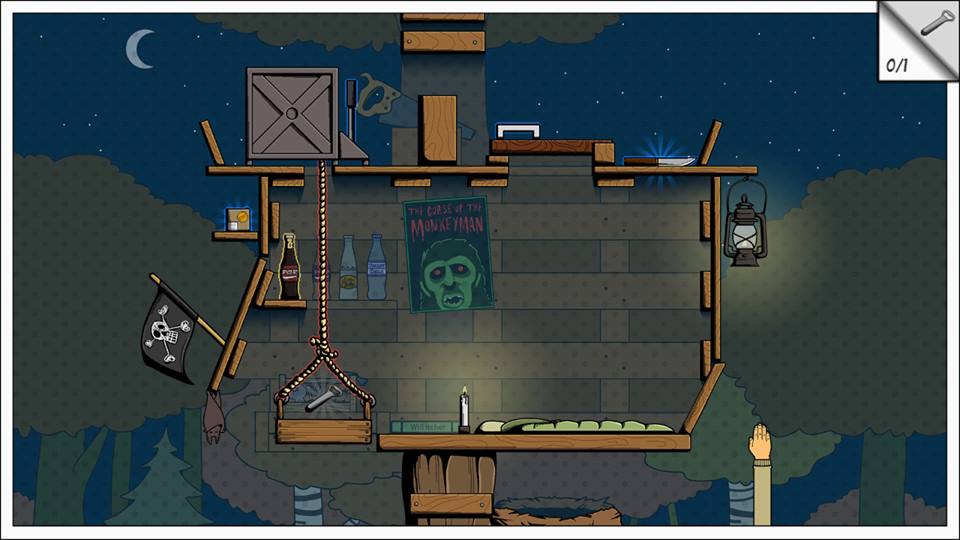 Grab the Bottle is a puzzle game where you must maneuver your hand around the screen, arm ever-extending, in order to grab a bottle. You have to avoid obstacles and activate certain objects, and most levels even require you to get a certain number of collectibles (typically bottle openers) before you can claim your prize. Hit your hand against any block in your path three times, and you need to restart the level. So, think Snake, but with some light puzzle elements and a goal at the end, and you’ve got the gameplay. It’s shallow, no doubt, but shallow in all the right ways.

If the game adds anything to the basic Snake formula, it’s the use of grab-able objects. When you latch on to a blue-glowing item littered about the screen your horrifying elongating arm retracts back along its path; when you let go, you drop the object and your arm continues its eldritch terror. This mechanic is used for puzzles such as dropping scissors on ribbons to open new areas, or just to reverse your path once you’ve gathered a certain collectible.

It sounds simple enough, and it definitely starts out that way. But like any good puzzle game the difficulty begins to ramp up, requiring the player to collect a larger number of trinkets, make some really tight squeezes to wiggle between obstacles and your nightmarish arm, and even set off some Incredible Machine levels of chain reactions to complete each level.

Luckily, the game does offer some help in form of a hint system, as well as an Indestructible mode. The former highlights the order in which you must gather collectibles and interact with objects, while the latter allows you to bump ‘n grind into as many obstacles as you need in order to complete the level. Both options are unlocked after a couple failed attempts, are accessible from the pause menu, and can be turned off and on at will within that level. I’d be lying if I said I didn’t need to use both features a few times, especially the Indestructible mode, which slows down the game’s three [extremely frustrating] chase sequences.

Oh, those chase sequences. The game is made up for 45 or so levels, most of which just see the player snaking around the screen solving various puzzles. A few levels require you to collect objects in a certain order before grabbing the bottle at the end, but the game is largely the same thing front to back. However, there are three levels in which you have to chase something that has stolen your bottle through a side-scrolling maze of obstacles and garbage. These levels are no fun at best, and absolute bullshit at worst. I died 188 times on the first one, largely because a gap toward the end of the level requires pinpoint precision to hit, and a bird flies through it just as you’re approaching. The problem is, the framerate stutters at that exact moment, making precision a near impossibility. The level would have sucked without that framerate drop, but that rare and specific issue made it outright hellish. 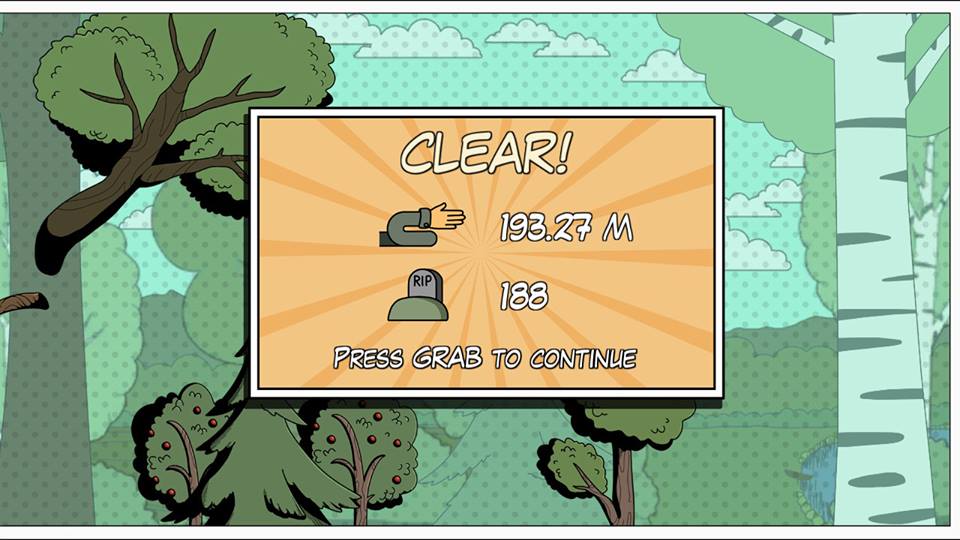 The gameplay is fun enough, and the puzzles do a good job of selling the concept while still being actually pretty challenging. What really surprised me about this game, however, was the story it tells. The narrative follows a nameless (and presumably boneless) main character throughout his entire life, from infancy to old age. There is no dialogue, no text, and really no audible narrative to speak of at all. Instead, you get a static screen every couple of levels showing the main character at a different stage of his life, which typically ties directly into the next level.

There’s just something to be said for seeing your main character in a stroller at the beginning and subsequently reaching for a baby bottle in the next level, to seeing him in college reaching for a beer bottle while swerving around textbooks, to reaching for a bottle of medicine in the next room as an old man on his deathbed. I don’t know how intentional the emotional impact was, but man it does a shockingly good job of telling a story with very, very little explicit narrative. 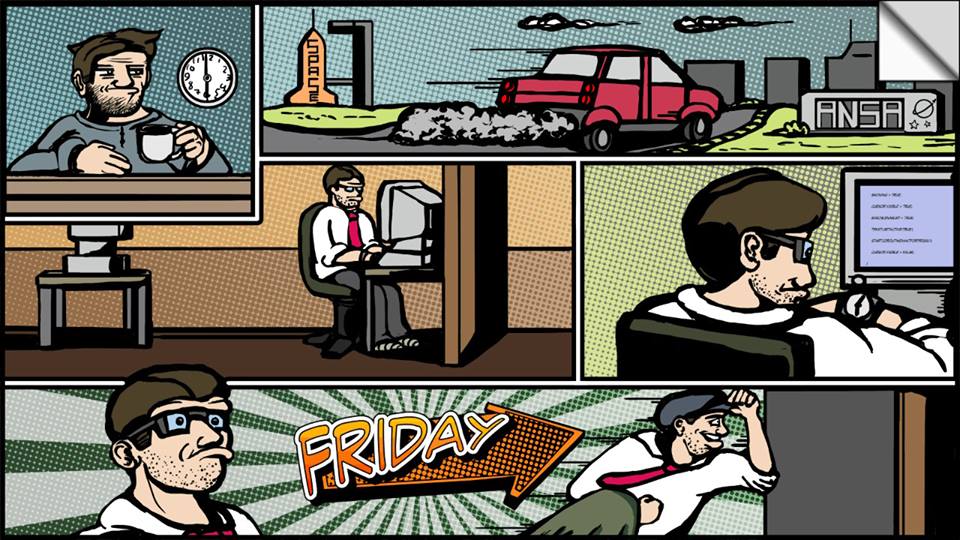 The game does hit a few snags along the road. There are some technical issues that would prevent it from registering any buttons during on-screen prompts or in the pause menu, causing me to quit out. Also, some of the obstacles in the levels blend in too easily with background images, causing you to bump into things you didn’t think you could (or, inversely, not pass over/through objects you thought you couldn’t) — a problem that really frustrates during the three chase levels.

And the sound direction is flat-out annoying; the jazz lounge soundtrack doesn’t stand out in any way, and the sound effects (a baby whining, a man screaming, a fizzy drink pouring) every time you bump into something, pass through a certain collectible, or complete a level are an affront to the ears. This is a game best played on mute.

I called dibs on Grab the Bottle because it looked kind of silly, and figured at worst it’d be a fun little distraction. It definitely hit those points, but wound up being something I legitimately enjoyed for some quick, on-the-go puzzle solving. And with a story that wound up having minimalist heft to it, I think this is a nice little excursion from your typical gaming experience well worth hitting the sauce for.

Just please God get the image of that dude’s arm out of my head.